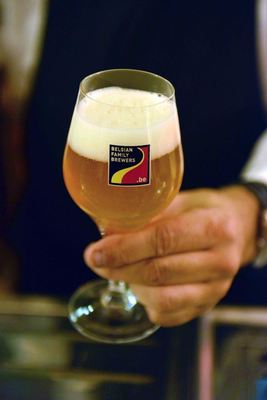 The Belgian Family Brewers association has 21 members, all of them medium-sized Belgian breweries committed to producing specialty beers. What are the ties that bind them together?

They have all been brewing for at least 50 years within a Belgian, family-owned brewery.

The pared down logo in black, yellow and red used by the Belgian Family Brewers (BFB) adorns many a bottle on the shelf of your favourite beer shop or café.

This logo is an assurance that you are buying a unique beer that is not sold anywhere under a different name or label. In other words, it guarantees authenticity.

If you purchase a beer bearing the BFB logo you are sure to enjoy a traditional and authentic Belgian beer.

Just like French wine or Scotch whisky, ‘Belgian beer’ is a powerful brand these days.

As a result, Belgian brewers are happy to use this quality label that stakes their place in the lineage of traditional Belgian beer styles.

The label also helps to set apart the traditional beers from the numerous ‘Belgian-style beers’ that are now produced outside Belgium. 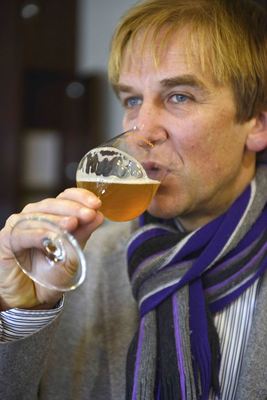 The BFB first saw the light in 2007, as the brainchild of Hugues Dubuisson, the owner of the Dubuisson brewery. BFB aims to strengthen the international reputation of authentic artisan Belgian beers.

The BFB will only allow their logo to appear on the top brands produced by their members. In this way, the BFB label guarantees the quality of family-brewed beers with a proven tradition.

It is up to each individual brewer to decide which of his, or her, beers are put forward for the qualification.

On YouTube you will see several videos posted by BFB member breweries. The same values are mentioned time and time again: BFB members are encouraged to promote quality in their beers, including packaging, opportunities for food pairing, etc.

So, is ‘Belgian beer’ a protected denomination of origin comparable with the French AOC (appellation d'origine controlee) mark used for wine and other fine regional agricultural products?

Despite what you might think, this is not the case. Beer is considered an ‘extract’, containing ingredients from several countries. For example, Belgian breweries source their hops from Central Europe or the USA, and the barley or wheat they use often comes from outside Belgium. 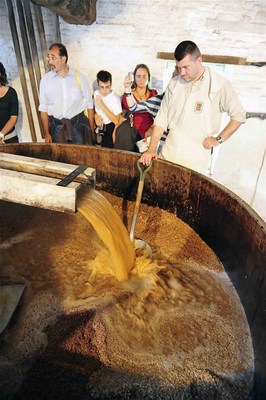 The ‘Belgian beer’ denomination is more to do with brewing and fermentation methods, and local crafts and traditions. Still, a beer that has not been brewed and bottled in Belgium can only be labelled ‘Belgian-style beer’.

But BFB brewers don’t just look to the past for inspiration. They also make considerable investments in the latest brewing technology.

BFB make sure that your beer is a quality beer with an authentic background and plenty of soul to boot.

They are now aiming at a wider public, trying to break into new markets and to bring new groups of consumers into the beer market.

BFB is also an information service, striving to provide consumers with the facts about what they are drinking.

Brewers belonging to the Federation issue a guarantee that they have been brewing in their home country for generations, and that they have contributed to the diversity of the Belgian beer landscape as it is today.

If you want to win someone over to Belgian beer, using one individual brand is not the way to go. You will only convince a non-Belgian beer drinker by using a variety of flavors, by offering a range of tastes and styles from within the rich Belgian beer culture. 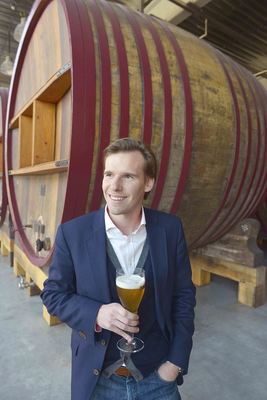 Many brewers, both large and small, are now convinced of the power of the ‘Belgian beer’ umbrella brand. They have found that the BFB logo opens doors beyond Belgium’s borders.

However, this success story could encourage opportunists to try to worm their way under that umbrella. The BFB’s campaigns always aim to safeguard the good reputation of Belgian beer.

They call for honest communication, and for a view that extends beyond the short term.

BFB asks all its members to help build a strong brand that will eventually benefit all of them, whether large or small.

So, who exactly are these Belgian Family Brewers? Here are just some examples.

Brouwerij De Brabandere, also known under its former name, Bavik, contributes to the ranks of Flemish red-brown beers with its Petrus. It also produces a witbeer, Wittekerke, as well as a heavy blonde beer that carries the name of Kwaremont.

De Halve Maan has introduced their Brugse Zot as well as its Straffe Hendrik range.

De Koninck has composed variations on the spéciale belge ale theme with its De Koninck, its seasonal Winterkoninck beer, and the Triple d’Anvers.

De Ryck uses the spéciale belge ale style as a starting point for its Arend. This brewery is also making an impact with its fruit beers Kriek Fantastiek, Jules de Kriek and Jules de Bananes alongside its heavy blonde Steenuilke brew.

Dubuisson wins praise with its strong Bush beers (called Scaldis in the USA) that hark back to the 1930s, and with its lighter Cuvée des Trolls.

The Dupont brewery, from the same region as Dubuisson, packs a punch with its Saison Dupont and two stronger beers: Bons Voeux and Moinette, and also plays in the stout register with its Monk’s Stout.

Duvel Moortgat is almost synonymous with its strong blonde Duvel, and its even more heavily hopped and aromatic Duvel Tripel Hop, besides offering the lighter Vedett white beer and pils.

This brewery’s range also includes the Maredsous abbey beers as well as the brown beers from Oudenaarde produced by Liefmans.

The Huyghe name brings to mind Delirium Tremens, made famous by the pink elephant on its label.

But this brewery also produces the golden blonde multi-grain beer that goes by the name of La Guillotine. 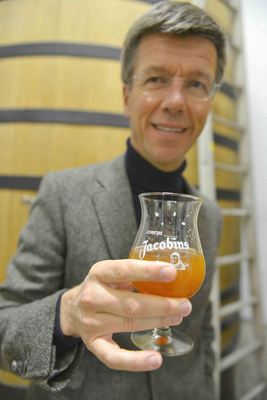 We are familiar with Lefèbvre thanks to their Barbar honey beers, and its well-hopped Hopus. Lindemans is a brewer of lambiek with a range including the Cuvée René gueuze, a Faro (a blended lambiek), as well as fruit beers including Framboise (raspberry), Pomme (apple) and Cassis (blackcurrant).

Omer VanderGhinste, formerly known as Bockor, has taken a step back in time with its Brasserie LeFort.

It has joined the ranks of Flemish red-brown beer makers with its VanderGhinste Oud Bruin and Cuvée des Jacobins.

It delves into the gueuze style with its Gueuze Jacobins, and takes a dip into fruit beers with its Rosé Max. Finally, there is the heavy blonde Omer.

From Roman’s you can enjoy the Adriaen Brouwer beers, a range of brown beers from Oudenaarde, as well as the Ename abbey beers and two strong blondes: Gentse Strop and Sloeber.

Saint-Feuillien produces eponymous abbey beers alongside its Car d’Or pils and a saison.

Brasserie de Silly shouts its name with the Abbaye de Forest abbey beer and its Double Enghien regional beer, the Pink Killer fruit beer, the Scotch de Silly, and the Cré Tonnerre made with rum.

The Sint-Bernardus abbey beers carry the BFB logo as does the Grottenbier produced by this brewery.

Timmermans produces in the Flemish red-brown tradition with its Bourgogne des Flandres, and also makes its mark with ranges of lambic and fruit beers.

Van Eecke is the brewery behind the regional Hommelbier, as well as the Kapittel abbey beers, and the Watou white beer.

Verhaeghe follows the same tradition with its Duchesse de Bourgogne but also grabs the attention with its traditional Barbe beers from Liège and its Echt Kriekenbier.

Brouwerij Strubbe from Ichtegem, famous for their Keyte beers became an official member of the Belgian Family Brewers in 2017.

In March 2018 Brouwerij Boon became the 21st member of the Belgian Family Brewers.

So many flavours, so many styles…

'Belgische Brouwers'/'Brasseurs Belges' - or 'Belgian Brewers' in English - is the new name of th...
Read More It is often said that when you have seen one brewery, you've seen them all. However, it is when y...
Read More
GET LATEST BEER NEWS