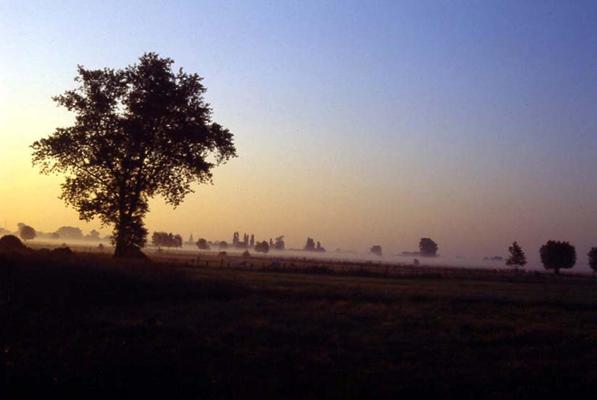 Although heavily developed and densely populated, the scenic beauty of some Belgian geographic regions is breath-taking. Geographically and geologically, as it is in most things, Belgium is a country of heavy contrasts.

It is small enough that in the right weather conditions and season it’s perfectly possible to walk along the beach in the morning before going for a cross-country ski in the afternoon. t’s possible, but whether it’s practical is another matter.

Whatever your more "active" hobbies, besides the Belgian beer, may be you will be able to find the terrain to suit your needs.

From rock climbing to rafting most outdoorsports that don't require high mountain peaks can be practised. Read more about Belgium's natural splendour on our Nature and Wildlife and Nature Reserves and National Parks pages. 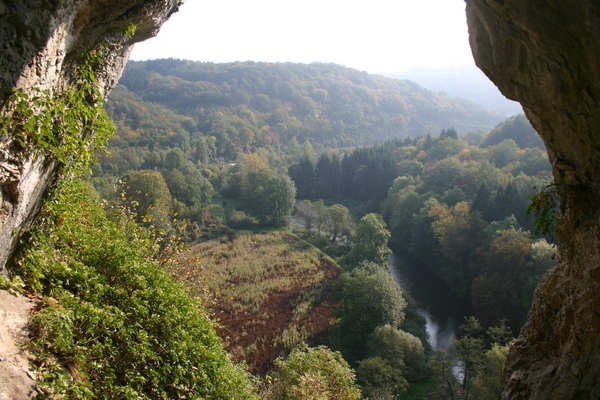 The country has an area of 30,528 km2 or 11,787miles2, which is more or less one-and-a-half times the size of Wales and small enough to fit into the State of Texas nearly 23 times. As you should know by now, it isn’t big and favourably situated in North West Europe.

Belgium borders on Holland to the north and France to the west and the south. Germany and the Grand Duchy of Luxembourg are found to the east and the coast of England is only a stone’s throw away across the Channel.

The country’s highest point, Signal de Botrange, is just 694 metres or 2,276 feet above sea level in the High Fens of Wallonia. But Belgians don’t mind having just these three geographical areas to choose from and no real mountains to speak of with plenty of enormously varied landscapes to enjoy.

To the northwest, along the 65 km or 40.5 miles of the North Sea coast there are still some areas with sandy dunes, backed by flat polders and gentle hills.

Across the centre of the country are large tracts of undulating arable land and towards the southeast are extensive areas of heath and woodland, rolling hills and finally the ridges and forests of the Ardennes in the Walloon part of Belgium.

Much of the Ardennes is typified by steep-sided valleys that have been carved out by its swift-flowing rivers. 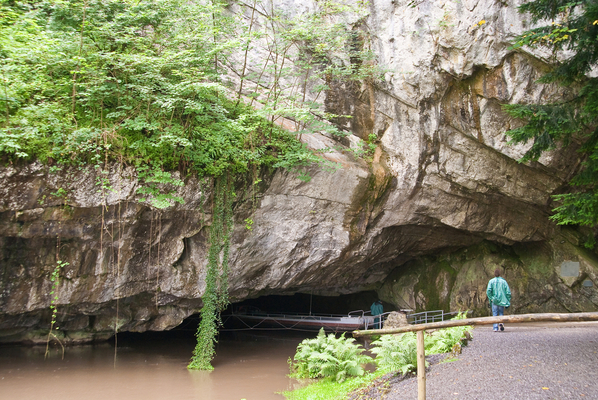 In Low Belgium and Middle Belgium, which together make up more or less all of the Flemish and Brussels Capital regions, the soil is mainly fertile clay with loam and sandy loam in the south and sandier soils to the north. Unlike Wallonia, the soils in Flanders and Brussels vary a great deal, supporting a very diverse agriculture.

From its caves to the once lucrative coal fields, the geology of the Ardenne plateau was shaped in the Devonian period, between 408 and 360 million years ago. The discovery of coal and minerals such as iron and zinc saw the Ardennes industrialised very early.

Initially charcoal was used as fuel for smelting, with the forest providing a ready supply of raw material. But once coal’s use in the manufacturing process was discovered, the iron and steel industries moved to be close to the seams, leading to the rapid development of a flourishing Walloon steel industry. The rugged terrain of the Ardennes region seriously limits its agricultural economy, with only a few areas supporting limited arable and dairy farming.

For geology enthusiasts, Belgium has plenty to offer. In 2009 the Royal Belgian Institute of Natural Sciences published the first “Geology and Tourism in Belgium” brochure, listing everything the geo-tourist could wish to see.

As well as 28 geological museums there are plenty of caves, old mines and other geo-sites to be explored around the country. At the Royal Museum of Natural Sciences you can even see the largest meteorite ever found in Europe. 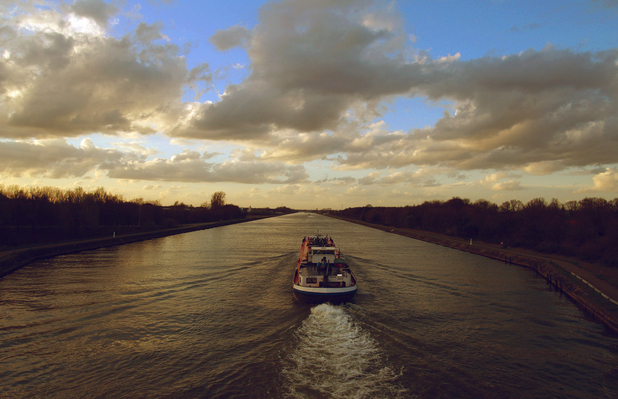 Water plays the most important role in the geography and geology of a country. It provides fertile sediment for agriculture, shapes the landscape, creates some beautiful natural scenes and now and then it lashes out and reminds us of the power of nature. Much of the Flemish marshes were drained to make way for agriculture but flooding is still a problem in some areas.

While Belgium lacks much in the way of lakes it more than makes up for it with an extensive network of rivers and canals which have proved indispensable to the nation’s industrial and economic development.

The total length of navigable waterways in Belgium is something over 2,000 km, of which more than 1,500 km remains in commercial use.

The main rivers of Belgium are the Scheldt or Schelde which enabled Antwerp to become Europe’s second largest port, the Yser and the Meuse or Maas.

One of the most important of these rivers is the River Meuse that rises in France and flows through the Belgian cities of Namur and Liège before crossing the Dutch border where it becomes the River Maas. It passes through Maastricht and flows north until it joins with the Rhine and the various other smaller rivers that make up the Rhine Delta before flowing into the North Sea.

The waterways are so essential to the country’s economy that the world’s largest ship-lift, the counterweighted lift of Strepy-Thieu, can be found in the province of Hainaut, Wallonia.

It doesn’t matter now that it was an overambitious and costly project which now has little practical use, with a height of 73 m or 80 yards Strepy-Thieu can boast they have largest ship lift ever constructed. The lift is even listed as UNESCO World Heritage . Many of the natural beauty of Belgium is easily accessible and well equipped; you’ll find car par...
Read More Belgium is a major contributor to the United Nations Educational, Scientific and Cultural Organis...
Read More As well as the era-defining battle of Waterloo, the two greatest conflicts of modern time have be...
Read More
GET LATEST BEER NEWS