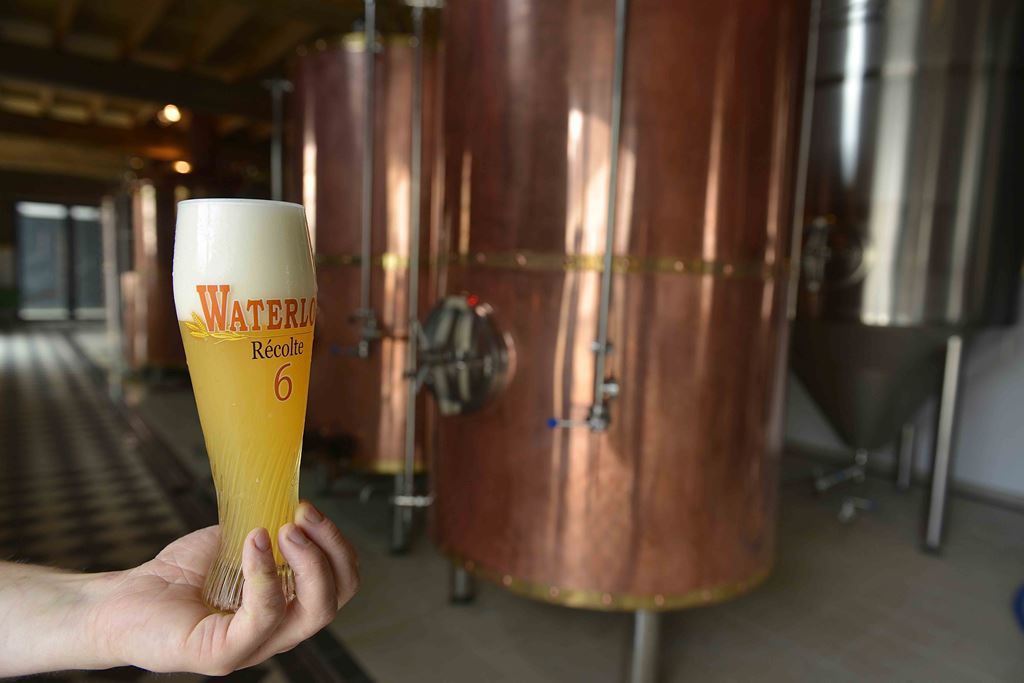 Waterloo beer has been brewed since 2014 on the site of the battle that decided Europe’s fate in 1815. Brasserie de Waterloo is housed in a wing of the 13th-century Ferme de Mont-Saint-Jean that has withstood many a siege over the centuries and was used as a hospital for Wellington’s troops during the Battle.

Over 6,000 wounded soldiers were treated here during a battle that killed more than 63,000 people.

The farm was bought by Anthony Martin, the grandson of John Martin, the Brit who founded John Martin Finest Drinks, and a brand new microbrewery was established.

The farm, built in the typical square style of the region, known as a vierkantshoeve, is located just a few hundred metres away from the Lion’s Mound war monument.

Extensive renovations are now being carried out with the aim of turning the farm into a tourist attraction.

At Waterloo an event that determined the course of history is converging with the story of beer in a unique historic location.

Beer has always played a major role in this region. It served as an alternative for drinking water that was often of suspect quality. The soldiers quenched their thirst with it and used it for some Dutch courage before going into battle.

A mention of Waterloo beer was first made in 1456, when it was brewed by the Brasserie du Marché in Braine-l’Alleud. That brewery closed its doors in 1971 but entrepreneur Adrien Desclée relaunched both the dark and the blonde Waterloo in 2005.

Eight years later, Adrien Desclée and Anthony Martin decided to start brewing the beers at the battle site itself.

The Waterloo Triple Blond and Dark have now been joined by the Waterloo Récolte and the Cuvée Impériale.

The province of Brabant has always been a richly agricultural area, as imposing fortified farms such as the Ferme de Mont-Saint-Jean testify.

The brewery procures most of its wheat and barley (for malt) from the surrounding area. A hop field will soon be added to the site. The Waterloo beers are brewed with soft water that has a low iron and calcium content. 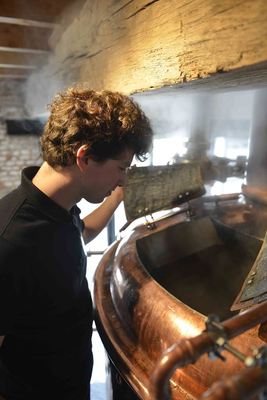 The microbrewery uses the latest technology to ensure consistent quality. To create the wort that will determine the final taste of the beer, water is heated to the correct temperature by a powerful heating system.

Following fermentation and cold storage, the beer will be pumped into horizontal barrels that, in their turn, feed the bottles. After bottling, the beer ends up in the warm chamber to undergo re-fermentation.

This beer has been popular throughout the ages as the quality of the drinking water was often debatable. Unsurprisingly, Waterloo beers were a hit with the army.

The range offered by Brasserie de Waterloo includes the Triple Blond, a strong blond with a sweet initial taste that develops touches of hop bitters later on.

There's also a Strong Dark, a dubbel that lives up to its name with its coffee aromas and touches of liqueur in the finish. The brewery also turns out two seasonal beers: Waterloo Cuvée Impériale and Waterloo Récolte. The ruby-red Cuvée Impériale is mild, sweet and complex with impressions of burnt malt and cane sugar.

Finally, the pale blond Waterloo Récolte, a farm or harvest beer typical of the region, is unashamedly hoppy and malty.

The beer is brewed from the original 1815 recipe and served in artisanally produced, stone chalices crafted by one of the last few remaining Belgian potteries. 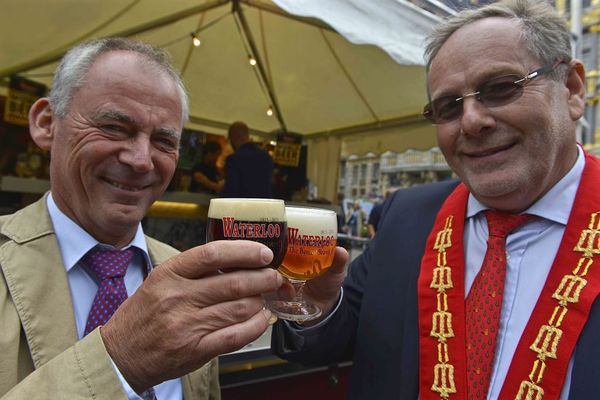 The John Martin Group was established in Belgium in 1909 by British master brewer John Martin, who began his career by importing and bottling Guinness in the port city of Antwerp.

Three generations on and The Finest Beer Selection is a reference point for speciality beers.

Anthony, John Martin’s grandson, is in charge of the company, which has taken over the Timmermans lambic brewery that dates back to 1702, as well as the Waterloo brewery and the Bourgogne des Flandres.

The last is a traditional beer from Bruges that used to be brewed by Van Outryve and is now returning to its homeland, the Venice of the North.

Yes indeed, from the autumn of 2015 this Vlaamse oudbruine, or Flemish old brown beer, will be flowing out of the tanks of a gleaming new microbrewery in the heart of Bruges.

Anthony Martin is being advised by his number one brewmaster Willem Van Herreweghen.

Willem formerly held the mashing staff at Palm Belgian Craft Brewers and is a distinguished expert in the field of lambic beers.

Van Herreweghen was also responsible for getting the range of Timmermans lambic beers to market.

He has shared his knowledge with Thomas Vandelanotte, a brewer who, despite his young age, has many years’ experience with Timmermans and also with Edward Martin, the current Quality Manager and son of Anthony.

When the Bourgogne des Flandres microbrewery opens its doors later this year, Thomas Vandelanotte will be in charge of production. 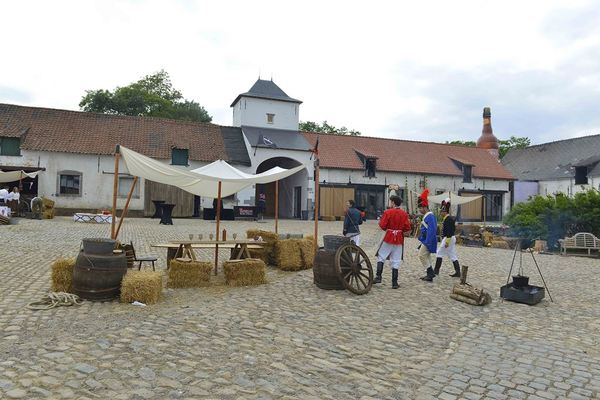 The fortified farmhouse of Ferme de Mont-Saint-Jean, on the edge of the Waterloo battlefield and close to its war monument, is replete with the vibes of a major historic event.

The farm served as a field hospital for British soldiers injured during the fighting.

Visitors can see the farm buildings, the barns, stables, piggery, oven, water well and the chapel.

One of the wings is now home to a brand new microbrewery where the Waterloo beers flow out of the tanks.

At this historic farm-brewery you can familiarise yourself with the entire brewing process. The site has plenty more to offer: a distillery, a theme park aimed at children, a Battle of Waterloo museum, a museum dedicated to the horse, a children’s zoo and a shop.

At the on-site restaurant, L’Orangerie du Prince, you can enjoy a better class of beer served alongside brasserie cuisine.

It is highly recommended as spot to relax after visiting the Lion memorial, the battlefield and the many museums and experience centres around Waterloo.

The shop, named Le Comptoir de Mont-Saint-Jean, stocks the Waterloo beers, the other beers included in John Martin’s Finest Beer Selection as well as a whole range of related items such as stone beer jugs, regional products and books on the Battle of Waterloo. 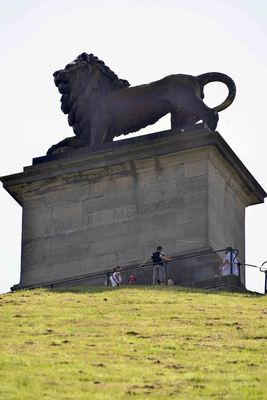 The hamlet of the Lion, which stands on an artificial mound constructed on the orders of King William I of the Netherlands, is located on the battlefield of Waterloo that saw heavy fighting between French, German and British forces on 15 June, 1815.

The visitor centre provides audio-visual information about the battle and offers guided tours. Don’t forget to admire St. Joseph’s Church (1690) with its imposing dome and splendid pulpit carved in wood. The Wellington Museum is now housed in the building used by the British duke to co-ordinate the Allied troop movements.

Here you can view historic documents and weapons. The round building next to the Lion is the Panorama. Parisian Louis Dumoulin painted a fresco, 110m long, depicting battle scenes.

The Musée du Cire is a waxworks collection, depicting the main participants of the battle in lively tableaux. Four kilometres away you will find Le Caillou, the farm where Napoleon stayed on the eve of the battle. This museum is dedicated to him and items on display include his death mask and part of his uniform. 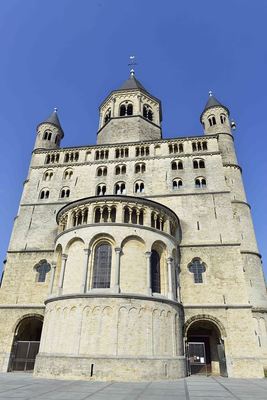 By car, the Ferme de Mont-Saint-Jean can be reached using the Brussels Ring East road, leaving at exit 25 (Butte du Lion). By bus, you take the 365 from central Brussels, and from the centre of Waterloo, bus W.

To arrive by train: use the Brussels-Charleroi line and alight at Eigenbrakel station, which is a 15-minute walk from the farm.

There is plenty to see and do in the area. In Villers-la-Ville you come across the ruins of a former abbey, hidden amongst the greenery. Here you can taste abbey beers brewed on-site.

Fancy a hike or a trip on a mountain bike? Explore the Zoniënwoud (Forêt de Soignes), an extensive forest to the south-east of Brussels, or take a walk in among the undulating Brabant fields.

Louvain-la-Neuve is Belgium’s youngest city. If you love culture and architecture, this is the place to go. One of this city’s main attractions is the Hergé Museum, celebrating Tintin, our national cartoon hero.

Don’t forget to visit Nivelles (Nijvel), with its medieval city centre that includes the 13th century Church of Saint Gertrude, the Recollets convent and church, the Quartier Saint-Jacques and the remains of the ancient city walls.

Top sites for visitors to Wavre include the Church of St. John the Baptist and a stroll across the Place Alphonse Bosch (17th-18th century).

And don’t miss the splendid Town Hall, built in a baroque-classicist style. It was a Carmelite abbey in a previous life.

Behind the station you will find the Château de l’Ermitage surrounded by English-style parklands.

You can admire the collections of the Cercle Historique Archéologique et Généalogique de Wavre in the archaeology museum where artefacts from the Gallo-Roman villa unearthed in Basse Wavre are on display. 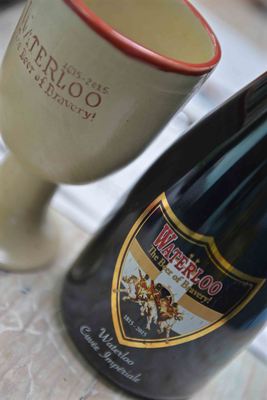 Just mention the name of Walloon Brabant and visions are conjured up of delicious fruit cakes baked in the village of Chaumont-Gistoux, the cro stofé cheesecake from Wavre and the more substantial blanke doré from Jodoigne.

There are plenty of local artisan chocolatiers to satisfy those with a sweet tooth. Nevertheless, Nijvel lets you discover that tarts can also be savoury.

The tarte al djote is a local phenomenon. Connoisseurs gather every week for a tasting that culminates in annual ‘star’ awards. This savoury tart, similar to a quiche, is made from Nivelles cheese and Swiss chard. Its history harks back to medieval times: this dish was first mentioned in documents from 1218.

Honey beer is a favourite beverage in Rebecq and there is a vineyard amongst the ruins of the abbey of Villers-la-Ville. The village of Piétrain has lent its name to Piétrain pigs, famous for their lean meat.

Napoleon taught us that an army marches on its stomach, and plenty of culinary anecdotes referencing the Battle of Waterloo have been unearthed.

The Waterloo brewery has compiled a book containing vintage recipes based on beer, enriched with anecdotes and watercolours depicting historic scenes. You can acquire this tome in the brewery shop, Le Comptoir de Mont Saint Jean.