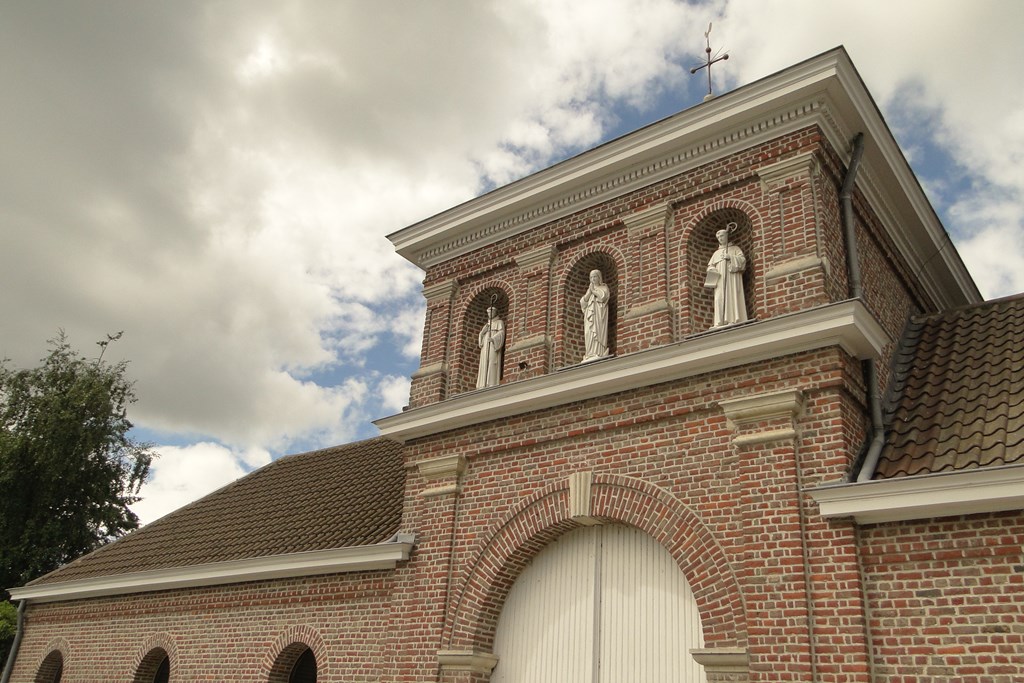 The Beginning - Archives and research show proof of three monasteries prior to Sint-Sixtus at almost the exact same location.The earliest one, the Cella Beborna, dates back to the year 806.

Its current form however was established in 1831; this had a lot to do with Jean-Baptiste Victor (1756-1832) a former hops trader from Poperinge.

He had been living as a hermit in a forest known as the Sixtus woods since 1815.

During the summer of 1831 he was joined by the Prior of the newly founded monastery of the Catsberg and some of his monks.

The Catsberg is situated in the village of Godewaersvelde, now known as the French Westhoek but is in fact a historical part of Flanders. This gathering resulted with the set up of the priory Sint-Sixtus which was finally elevated to abbey status in 1871. 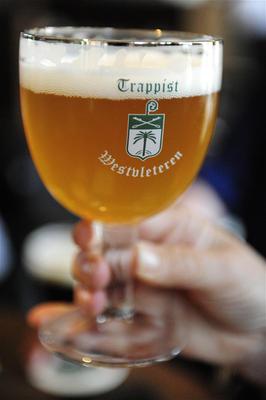 They almost immediately started brewing beer as a necessity to save on the construction cost of their monastery. Back then each builder had to be provided with two beers on a daily basis. The monks quickly calculated that it was a lot cheaper to brew their own beer rather than buying it off a local brewer.

As did they also probably realize that by brewing their own beer they maybe, now and then, could have a drink themselves.

The beer was far from what we know as Westvleteren today and only boasted an alcohol percentage of just 2% ABV.

The much loved Westvleteren 12 didn’t see the light of day until the beginning of WWII. So if any of you have been looking for 19th century editions, you can stop your quest right here and now.

The commercialization of Westvleteren beer first started in 1838. Then the monks began trading off some of the beer they would usually brew for personal consumption. By 1839 their first real on-site brewery was in production, it was ‘modernized’ in 1871 and survived both of the World Wars. Brewing itself didn’t become a main economic activity until 1877. At one point during the 1930’s the monks even used trucks to distribute their beer.

This all came to an abrupt end when the Abbot Gerardus decided to downsize the Sint-Sixtus brewing activities in 1945.

He felt at the time that the whole beer operation took up too much of the monks energy and started to interfere with their true spiritual calling.

According to the Abbot brewing beer on a commercial scale simply was not part of that calling. Due to Gerardus’ decision, the production was taken out of the monks hands in 1946 and sent to the nearby and still operational brewery of St. Bernardus in Watou. 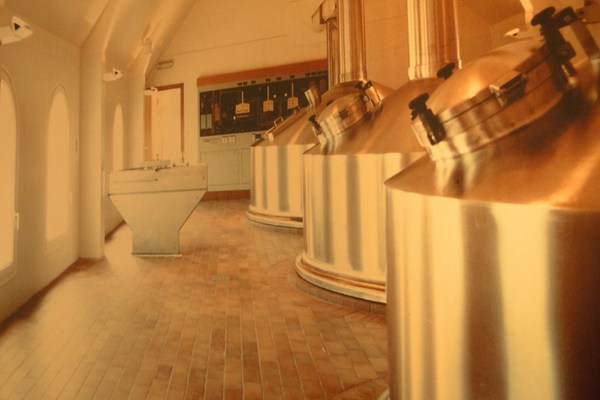 St. Bernardus were allowed to brew Westvleteren under license and only a small part of the original brewing activities were kept at the abbey. This was done to continue providing beer for their own consumption as well as to keep the tradition alive within the monastery walls.

The beer also continued to be brewed at the abbey to cater to the needs of individuals buying it at the gates as well as three local cafés connected to Sint-Sixtus.

The contract with St. Bernardus was renewed in 1962 when the monks gave them a second license, this time spanning a 30 year period.

In 1992 that license came to an end and the production was completely taken over by Sint-Sixtus again.

This was mainly due to changing laws and regulations which dictated that in order to be labeled a trappist, the beer actually had to be made (mainly) by real Trappist monks at a working Trappist monastery. Ever since ’92 they have been doing exactly that, yearly releasing more or less 5.000 hl.

Yes, that’s about just enough to allow 1.5 out of 10 Belgians enjoy one Westvleteren each year.

As we’re Belgian we do take the entire population in account: women, children as well as the elderly...we don’t discriminate when it comes to beer.

A while back they temporarily increased their production due to costly renovation and construction work at the abbey. They have however, no plans changing their policy or philosophy for the long-term and want to continue keeping their operation as small as it is today. 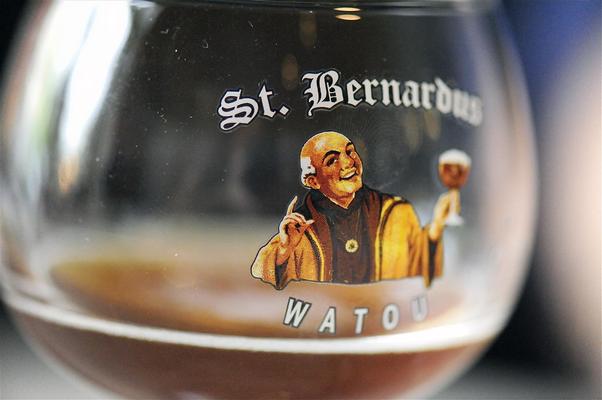 As soon as St. Bernardus got over the loss of Westvleteren they started to produce and commercialize their own line of abbey-styled beers, unsurprisingly called: St. Bernardus. One of the beers they came up with was the St. Bernardus Abt 12.

Some claim this to be the same beer as the Westvleteren 12, as St. Bernardus had the recipe and almost 50 years of experience and know how brewing it.

In the beginning these insinuations may have had had some truth to them. If you compare the two nowadays, you will certainly find similarities but they are clearly different beers.

St. Bernardus is open to visitors and offers a wide selection of speciality beers from St. Bernardus Tripel, Prior 8, White, Pater and Christmas Ale to the lesser known 'Grottenbier' en 'Watou Tripel'. 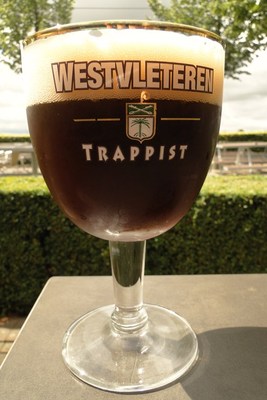 The monks of Sint-Sixtus started to brew beer for one main reason. The same reason any monastery has done historically, to generate extra revenue. They needed the funds to survive and sustain themselves and their order. Beer was also for a long time the cheapest and safest beverage available.

If you look to the present day, one can safely say the monks of Sint-Sixtus are the party benefiting least from the Westvleteren beer hype.

Not only is their profit marginal in comparison to what resellers make, their lives have changed drastically too.

They had to adapt fast in order to safeguard their way of life while continuing to stay true to the principles they and their order uphold.

It does sometimes get forgotten, but a monk’s life mainly revolves around spirituality and brewing beer is just a part of their daily routine of work and prayer.

Brewing adds to the rest of their traditional economic activities, such as farming or cheese making. What a monastery or abbey exactly produces to generate extra money isn’t really that important to them. At one point the monks in Wesvleteren we’re even thinking of making chocolate... imagine!

Today there are still about 20 monks living at the monastery with an average age of 54, which is rather young and their numbers have been stable since the end of the 19th century.

Of course not all of them are involved in making the beer. They do have a couple of hired hands but that is for the more physical chores.

Most of the work and all of the brewing is done by the monks themselves. 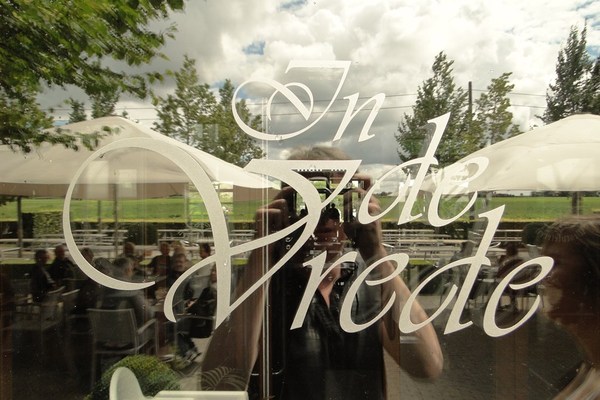 You don’t get to visit the brewery, ever! This is the Willy Wonka chocolate factory amongst breweries. Except that the monks don’t give out golden tickets. You can however swing by the claustrum at the visitors’ center and cafeteria “In de Vrede”.

They have an exhibition set up that will give you an insight towards life as a Trappist monk at the monastery. Don’t expect it to be all about beer and brewing Westvleteren 12… It isn’t.

“In de Vrede” is located in the Donkerstraat 13, across from the abbey. It’s a modern decor compared to the Abbey’s history and is almost always crowded with visitors from far and wide.

In the cafeteria you’ll be able to taste the beer, or even buy limited quantities at their shop (amongst other products and curiosa). For more information on the subject see our beer description pages on Westvleteren 12 (Availibility).

General - Westvleteren is part of the town of Vleteren, in West Flanders. Set in an agricultural region known as the hops country of Belgium. It consists of other small villages as Oostvleteren and Woesten.

It is a small rural town near to the French border and has a combined population of about 3.600 inhabitants.

As it is situated in the Westhoek, there is a great deal of WWI history in the vicinity.

There is a Belgian WWI military cemetery as well as the English, Dozinghem Military Cemetery, which holds 3.312 graves of fallen WWI soldiers from the Commonwealth.

There are several B&B’s and holiday homes for rent, all located in the greater Vleteren area

Sadly the availability of public transport to and around Vleteren is far from adequate. It is possible according to some - but we’re not advising it as such.

By car it’s only about a one hour drive from Bruges, Calais (The Channel Tunnel) or Ostend. Ypres (Ieper) is only 20 minutes away. The area is also very popular with cyclists and great to explore by motorcycle too. 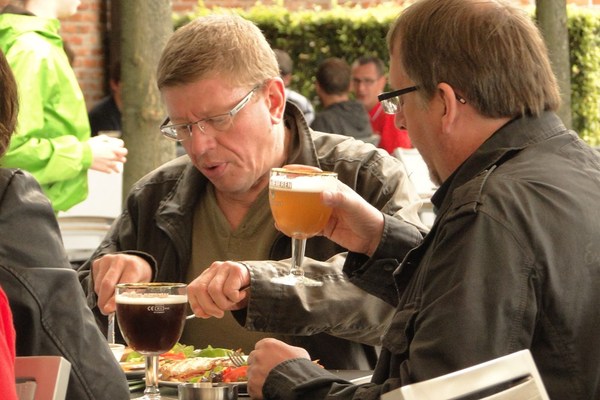 Being an agricultural region, the Westhoek produces some delicious ingredients and food. There are fabulous dairy products and delicious prime beef (Belgian Red!) to be tasted, the renowned hop shoots, beer, of course and a lot of superb restaurants and gastro-pubs cooking and serving it all.

Also good to know is that De Struise Brouwers are only 10 minutes away, over in Woesten.

So when making the effort to visit Vleteren you actually get to visit two world renowned beer sanctuaries. Another great brewery in the area you can visit is The Dolle Brouwers they are about thirty minutes away by car in Esen, Diksmuide.