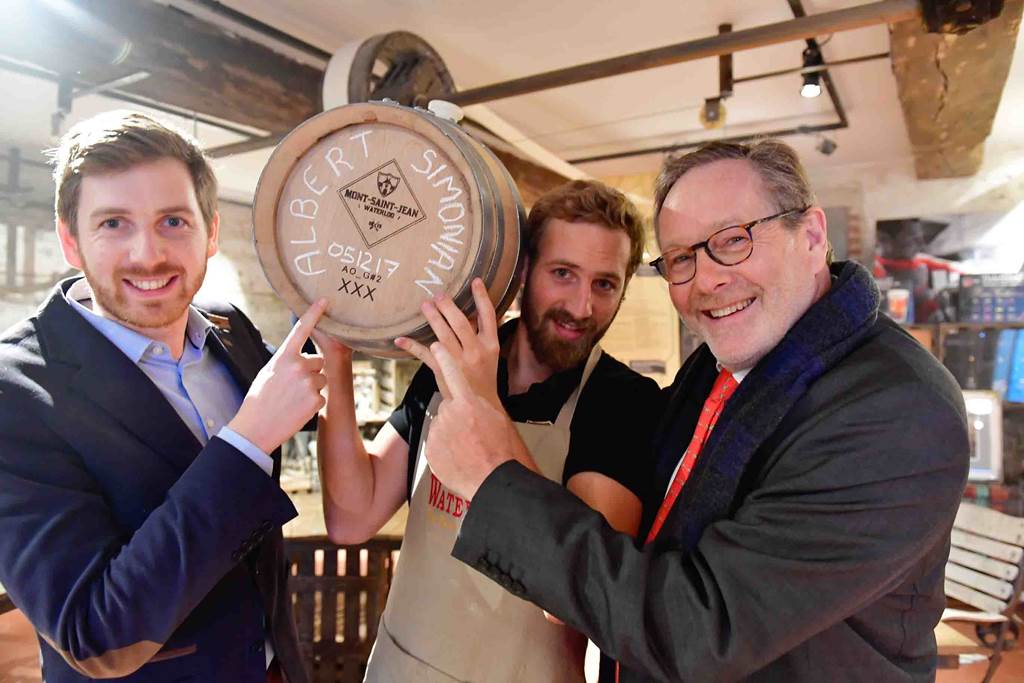 GENVAL - It’s 1909 when John Martin, a Brit, makes his home in Antwerp, earning his living by provisioning sailing vessels. Before long John’s deliveries are heading onto the ships of the Red Star Line, a passenger carrier used by the millions of people who set sail from the City on the Scheldt to the metropolis of New York across the water.

“Did you know that we produce a stronger Guinness Export especially for the Belgian market?” asks the company’s CEO, Anthony Martin, with a laugh.

From first importing and bottling beers, the company diversified into brewing. In 1993 they took over Timmermans in Dilbeek, the oldest lambic brewery in the world.

“With the assistance of our brewer, Willem Van Herreweghen, we have restored traditional lambic to its rightful position of honour,” says Anthony.

“We brew lambic in the traditional way with the use of a koelschip or cooling basin where the wort undergoes spontaneous fermentation before the lambic is transferred into the oak barrels where it will mature."

After getting the taste for brewing at Timmermans, Anthony Martin’s next established a microbrewery and distillery in the historic Ferme de Mont St Jean on the site of the Battle of Waterloo. Anthony also set up a microbrewery in the heart of historic Bruges where now Bourgogne des Flandres flows from the tanks.

Antwerp is next in Anthony’s busy schedule where his company will found a brewery in a former bottling plant in the city’s Seefhoek quarter.

The business will join a family, but remain an individual says Anthony: “Each brewery is a separate business, with its own beers and its own story to tell. You can taste a piece of history; it’s important to have that experience.” 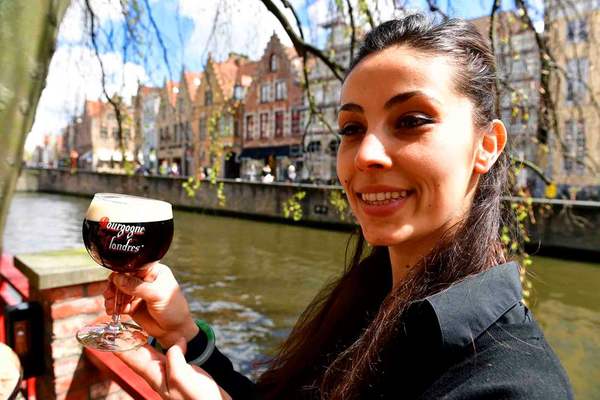 Anthony Martin takes advice from specialists in each beer style his company takes on. “We aim high,” says Anthony’s son, brewer-distiller Edward Martin, telling us that he plans to go to Scotland for more education and training. While he keeps learning, the first whisky distilled at Waterloo is maturing on wood until it is ready to launch in 2020. “Our gin is already on the market,” he tells us proudly.

His brother Jonathan, who is also in the international drinks business, keeps a close watch on the latest trends. “Each market is different,” he tells us. “Scandinavia was quick to cotton on to the trend for IPAs whereas southern Europe took a while longer. We drew inspiration from craft brewers to produce our own accessible and balanced Martin’s IPA.”

You can tell that this is an international company. Anthony and his sons had no problem pioneering the sale of specialty beers in a can, a very unfamiliar concept to Belgian drinkers. Jonathan explains: “Canned beer enjoys a higher protection from light, the packaging weighs less and it is recyclable.

What’s more, the metallic taste that you used to get from a can is no longer there. However, we still advise you to pour the beer into a glass to let the excess carbon dioxide escape.” So tradition is honoured, but not allowed to stand in the way of innovation. 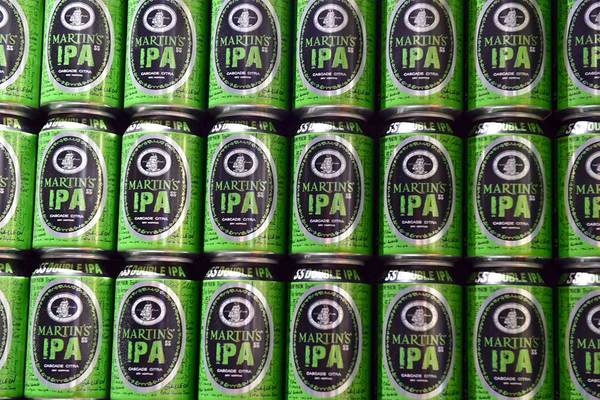 Anthony Martin supports the need for better legal protection of lambic, like the rules that safeguard old gueuze by highlighting its regional origins and the specific way it is brewed. “This also applies to the denomination of ‘Belgian beer,”, he says.

“Labels such as ‘Belgian style beer’ only add to the confusion."

"We must lay a stronger claim to what is being brewed in Belgium following Belgian tradition.”

The popular Waterloo Récolte, for example, was inspired by a saison, and the Waterloo range also includes a tripel as well as a dark beer.

With so much already delivered who can wait to see what spells these brewing magicians can weave over the tanks in Antwerp.