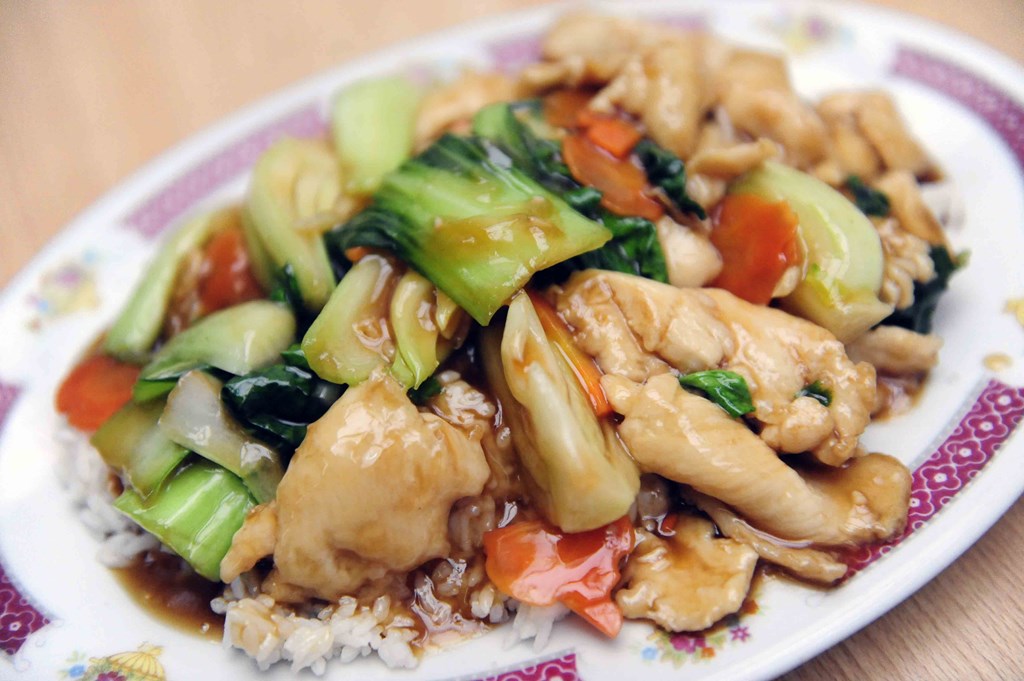 ANTWERP - “You can eat anything that walks, swims, crawls or flies – as long as its back points to the heavens!” China town is a big village, situated between Astridplein and De Coninckplein with Van Wesenbekestraat as its hub.

There are four Asian supermarkets as well as a host of small and medium-sized Chinese sushi bars, Thai places, a Chinese bakery and a Buddhist temple.

Admittedly, if you have ever visited Chinatown in London, New York or San Francisco, our own Van Wesenbeekstraat is really rather small in comparison. Still, I have the fleeting sense of being in China, surrounded as I am with Asian supermarkets, shops selling fireworks, dragon head ornaments and eating places with glazed duck on display.

The Chinese customers are patiently waiting their turn at the take-away, guarded by stone lions at the entrance. Chinatown is China in miniature. Shops display gleaming glazed ducks which catch my eye. “This is to draw in our Chinese clientele,” laughs my Chinese guide.

“The average Belgian abhors meat on display in the kitchen, but the Chinese want to see what they are eating, preferably with head and legs intact!”

The Chinese eat all day long: fish, meat, vegetables, pasta… and preferably their own cuisine. They find it difficult to adapt to other culinary traditions and this goes especially for Western gastronomy.

People come here just for a quick meal – most notably the Chinese who are clicking their chopsticks together at the speed of lightning. They don’t stick around after they’ve finished their meal.

The restaurant called The Best comes highly recommended. You have to be quick as its limited spaces are quickly taken.

Special dim sums are served at lunchtime. Dim Sum means ‘touch the heart by eating something delicious’. I go into the City Palace, which has space for two hundred and eighty diners.

I tuck into pong choi, hollow vegetables with just the right amount of bite, and steamed rice pancakes made using very thin paper. “If you leave the teapot lid up, they will add hot water,” my guide tells me. “By the way, did know that tea is free everywhere at any time?”

He knows what he is talking about. At the age of 12, he was already a professional waiter, spending his childhood in Chinese restaurants. “Work, work and more work,” he says.

After lunch we pop into the Chinese baker’s. I taste a cake with a sweet black-bean paste and a Portuguese-inspired custard slice. Cakes are never served at the end of a meal. The Chinese preference is for fruit, cakes are mainly consumed as a snack.

Asia Food, Foek Wing, Sun Wah… the Asian supermarkets come along thick and fast. I browse the dry food displays. Cardboard boxes are ready for shipping to the local restaurants.

I inspect the lotus root and bitter melon under the blessed gaze of a dragon a few metres long, which, fortunately, is safely mounted on the ceiling high above my head. 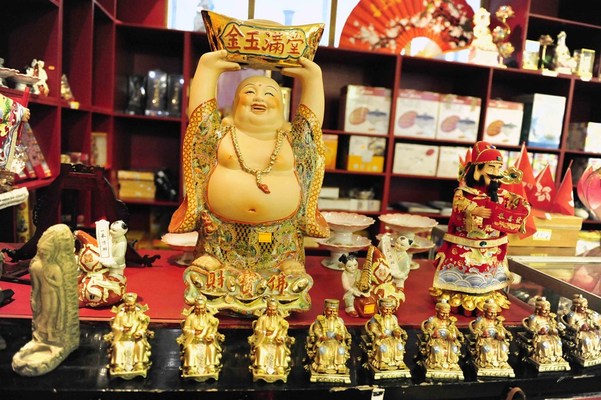 As Long as it has Legs

The Chinese eat everything with legs with the exception of tables and chairs. For example, they love offal and chickens’ legs. Generally, a Chinese meal will include rice or another type of grain, accompanied by a number of dishes served simultaneously without a fixed order.

Dishes are only served as separate courses on sumptuous occasions such as banquets.

In the evening, a 'rijsttafel' is served, with a choice of dishes to accompany the rice. However, you cannot generalise.

The country is huge and its cuisine very varied. Each village has its own special dish and an individual way of preparing it.

One single life is not enough to get to grips with the variety of Chinese cuisine. It is every bit as rich and complex as the alphabet. 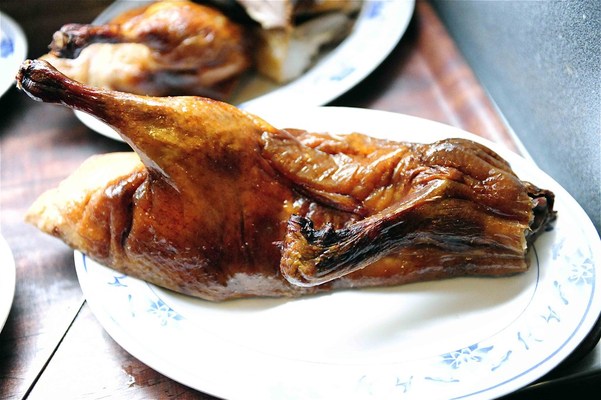 A Land of Four Kitchens

“South means sweet, east would be salty, north is sweet ‘n sour and west equals spicy”. China has four culinary divisions. Canton in the South, Peking in the North, Shanghai in the East and Szechuan in the West. Many Chinese restaurants in Belgium are owned by Cantonese.

They serve a harmonious but varied and fairly mild cuisine; quite spicy but sweet and sour at the same time. The best stir-fry dishes come from the Cantonese region.

Typical meals include dim sum (snacks enveloped in pastry, fried or steamed, filled with beef, shrimp or chicken), and spit-roast pork. The Cantonese cusine is popular, not just because of its mild taste, but also because it is low in fat.

Herbs and spices are used judicously, with fresh garlic and ginger taking centre stage, but with coriander featuring strongly as well.