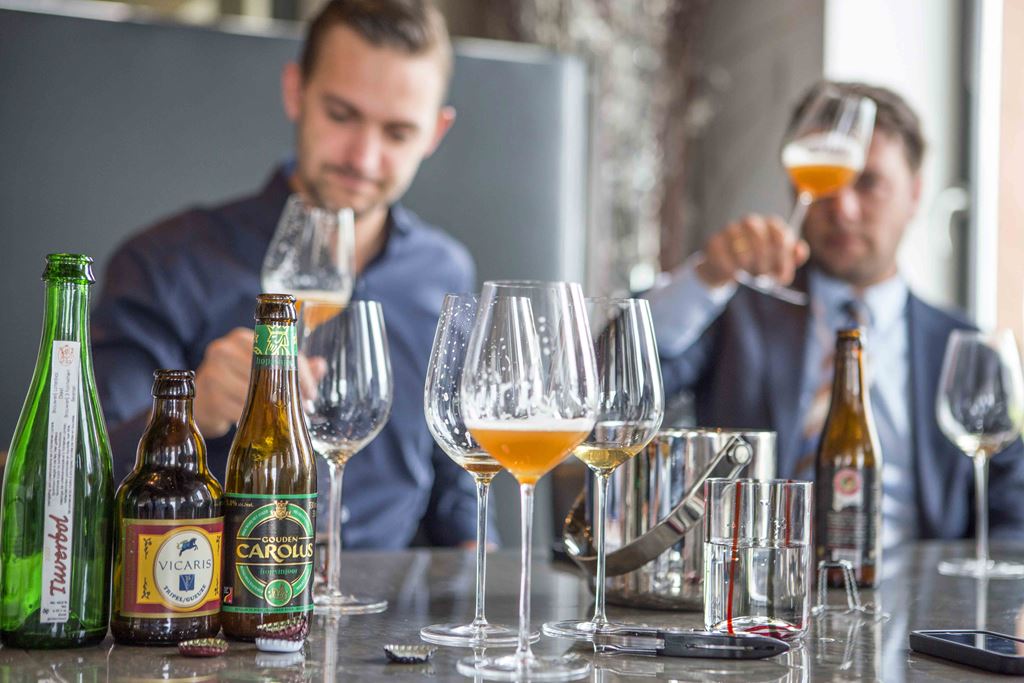 ANTWERP - Today, we are meeting up for a second tasting session in this beer and food pairing series at ‘t Zilte restaurant, the proud owner of two Michelin stars, perched high above the Flemish city of Antwerp.

We are sampling beers in the company of chef Viki Geunes, his sommelier Aaron Moeraert, Mieke Dockx of restaurant Marie in Antwerp, Piet Vannieuwenhuyse, the former manager of Dock’s Café also in Antwerp, Thomas Debelder of the 3 Fonteinen restaurant (the house restaurant of the eponymous lambic brewery) in Beersel and Cas Goossens and Hans Lachi, both from Antwerp restaurant De Rooden Hoed.

This tasting is a good reminder that good beers can really blow you away and that the margins between beer and wine, or even beer and sherry, can be rather vague.

Viki Geunes had a hand in the development of the Rodenbach Caractère Rouge and Vintage and was also responsible for Arthur’s Legacy by Viki - produced by the De Hoorn microbrewery - which is a zesty triple based on Cornet.

Does Viki share the opinion of many of his colleagues: that a beer has to be quite powerful, both in the kitchen and at the table? “My considered opinion is that yes, it has to,” he answers, “now that we have a lighter and more delicate cuisine, we are looking for concentrated tastes. Alcohol can play a role in this.”

We try the Strandgaper from the Schelde Brewery. It is surprisingly complex with a sweet aroma, a full taste and fresh-bitter finish. This is a beer which would be great in combination with seafood say the chefs, particularly shrimps and potatoes in sour cream. 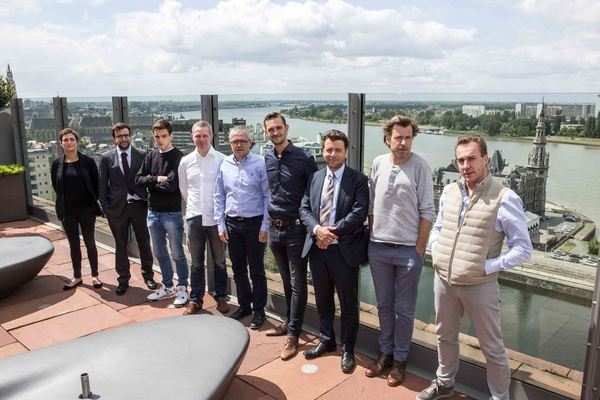 From Hype to Vision

The Tuverbol, dating back to 2007, has weathered well. It is a blend of a blonde top-fermented beer from the Loterbol brewery and a lambic made by 3 Fonteinen, spontaneously re-fermented in the bottle and unfiltered.

You can taste the freshly sour and fruity aromas from the lambic, albeit with a higher malt content. The complex finish veers between tart, bitter and sour.

“A hare that has been hanged and re-buried”, is Viki’s unusual metaphor! The rest of the panel detects aromas of rhubarb, orange peel and apple blossom with a touch of honey and sherry-like impressions. Aaron, the sommelier, places this beer in the vicinity of ‘orange wines’.

We know that the taste of lambic beers quite often deepens with age, so consequently, the young Vicaris ‘tripel geuze’ is pronounced to be on the light side.

The Hopsinjoor, made by Het Anker, is heavily hopped for Belgian standards, even though the aromas of the European hops never become overly exuberant.

So, in summary, is there any consensus around the table? Certainly, all the chefs are against beer ‘experiments’ introduced with a lot of hype. But the overall message to a keen beer drinker is simple: don’t extend your search too far; stick to your roots and take a lead from the great classics, such as Orval.

These beers are still around after umpteen years, and with good reason. The Achel Blond is another great example; this Trappist yields aromas of banana, pear syrup and even cognac. 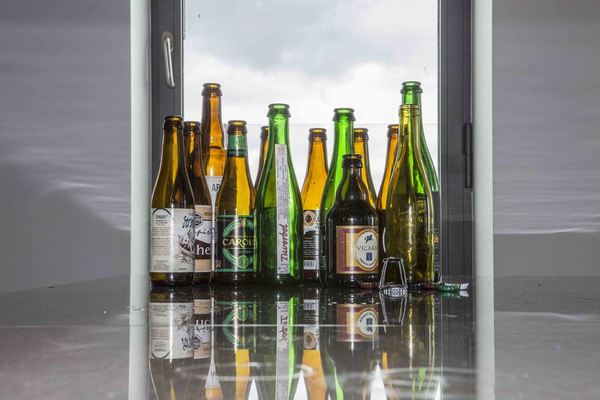 Enjoyment at The Table

The Millevertus brewery likes to veer off the beaten track. One of its beers, La Poivrote, will amaze you with its peppery aromas and sweet touches that are especially noticeable at the start and the finish. A suggested use for this blonde is as a delicious marinade for hare.

La Fumette, an amber beer with smoky touches, evokes the aromas of smoked Ardennes ham and bacon. It is at home paired with autumnal dishes containig dried morels and mushrooms.

The slightly bitter MacVertus takes up the middle ground between scotch and stout. Here the chefs suggest a combination with a sweet tagine, a Pastilla or tripe dish accompanied by an apple puree.

However, Dochter van de Korenaar’s Enfant Terrible, ‘infected’ with wild yeasts (Brettanomyces) does not overly appeal, owing to the smell of the yeast. It was also felt to lack complexity.

The tide is turning with the Rodenbach Vin de Céréales, a Flemish red-brown beer that has matured for three years in the same foeder. With this, we are now almost entering sherry territory.

Viki Geunes uses this beer to prepare a sorbet and also recommends a mature cheddar or Comté – with salt crystals – to create a beautiful contrast between sour and salt. This one also comes highly recommended in pairing with a tartare of raw langoustines.

We finish off with an utterly complex oud gueuze from Girardin. This goes beautifully well with a hard cheese or a young, slightly sour goat’s cheese. 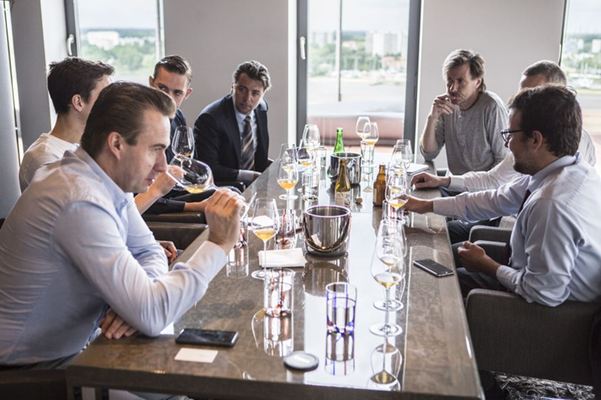 So, is there a place for beer in gastronomy?

“Yes, definitely, but you must pay attention to the ritual at the table,” Cas Goossens explains, “we always serve our beers in elegant wine glasses - that forms part of the experience.”

Piet feels that is a story of ‘and/and’ rather than ‘and/or’, as both beer and wine have a place at the table. “Beer is refreshing thanks to its carbon dioxide content, “ he continues, “it is an ideal aperitif and also provides a great finish to a meal."

"In addition, beer is a great thirst quencher, a quality that can be appreciated in its own right and counts for something.”

Mieke focuses on the convivial atmosphere that naturally comes with beer in any social setting.

Finally, the low price of beer is cited as a further advantage; the world-class beers of Belgium are really quite affordable. You won’t hear us complaining!