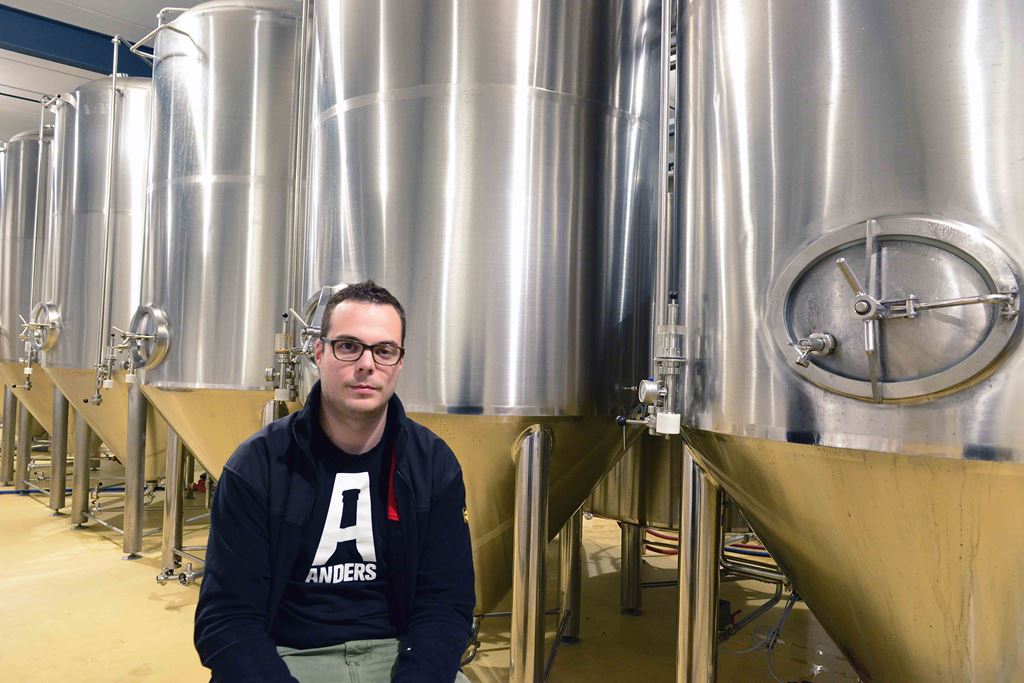 HALEN - Brouwerij Anders in Halen markets itself as a contract brewery, which might just need a bit of explanation: this is brewery that doesn't brew its own beers. Instead it produces beers on behalf of other breweries, both in Belgium and abroad, as well as for societies and private customers.

It's an idea who's time has come. In 2012 production was started with 5,000hl. This last year has already seen output increase to 12,000hl, for third parties. So this is a brewery growing at the speed of light.

That's all thanks to the explosion in demand in the wider scene – Belgian beers are now so popular that most brewers are struggling to keep up with demand.

Contracted brewing is nothing new, of course. Even well-known brewers have been known to brew on behalf of third parties, so that they can use their capacity to its fullest.

However, the huge demand for Belgian beer now means that they need all their production capacity, just for their own brews. So all that they once brewed for those third parties is now landing in the laps of independent brewers. 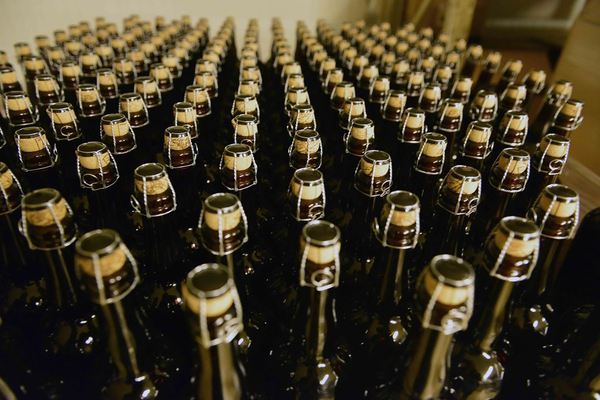 Anders master brewer, Bart Durlet, is quick to applaud the success of Belgian beer. “Finally! People are discovering a centuries-old product. The success comes from appreciation of quality”. And ‘Brewed in Belgium’ is now a hallmark of quality.

This large label covers a wide range of beers, of course, from the utterly standardised beers from the big breweries, to the ultimate niche beers, produced by the microbreweries – and in between, all imaginable combinations of colours, tastes and smells.

“Everyone is looking to find their place in the market”, Bart finds. He insists that the Belgians respect the honour and the quality of their beers, and that we ought to be more aware that we are dealing with top of the range products. Beer has been treated as a down-market product for far too long.

Fortunately the tide is turning. Just look at the increasing uptake of beer in gastronomy. “The only way we can keep pace is with top quality products”, states Bart. “The world doesn’t stand still. Classy beers are also produced abroad”. Bart thinks it’s great that large and small breweries are involved in a never-ending challenge. There’s plenty of creativity coming to the surface with microbreweries and beer firms.

And that's prompting a response from the big players, in the form of limited editions, particularly hoppy beers, wood-matured beers.. the list goes on.

You are also witnessing the birth of new blended styles, such as ‘Belgische IPA’ or tripelgueuze. However, Bart warns of proliferation. “You have to be able to separate the wheat from the chaff. Having a brewing kit or a micro-installation does not make you a brewer”, he stresses.

“For me, a good brewer is someone who manages to make a well-balanced beer, and can then reproduce it perfectly.” This last aspect in particular is very often underestimated”. 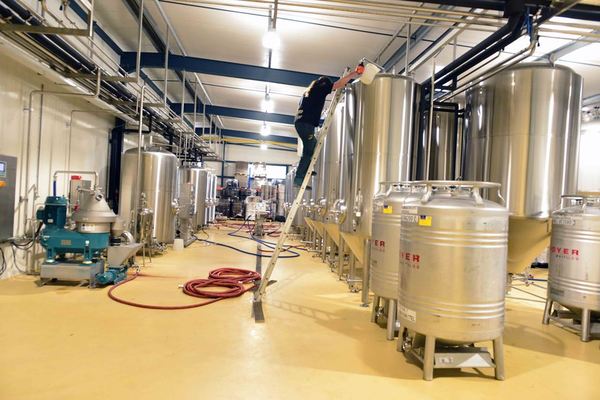 Tripel To The Fore

What is Belgium known for? What springs to mind instantly are high-fermentation beers with re-fermentation in the bottle, alcohol-rich, full of carbon dioxide and with a beautiful creamy collar. Tripels certainly fit this bill, but this umbrella term really covers many different varieties.

Tripel could indicate the elevated alcohol content, or the higher ‘storting’ (proportion of solid ingredients). Some even talk about triple fermentation: main fermentation, addition of sugars, re-fermentation in the bottle.

If the rules of play for the brewer are not set in stone, this gives room for experimenting. So it comes as no surprise that there is a world of difference between the classic Westmalle tripel and the herbal Karmeliet meergranentripel, from the Bosteels brewery.

In addition you will see the traditional – and often tied to one particular region – beer styles such as lambiek, oude geuze, oude kriek, saison, Zuid-West-Vlaams rood bruin and Oudenaards bruin bier, as well as the Trappist beers.

In the case of the latter, it's important to remember we're not dealing with a specific beer style. What all these beers have in common is that they are brewed within the walls of an abbey, belonging to the order of the Cistercians, or Trappists. It's all about the mystique of the provenance. 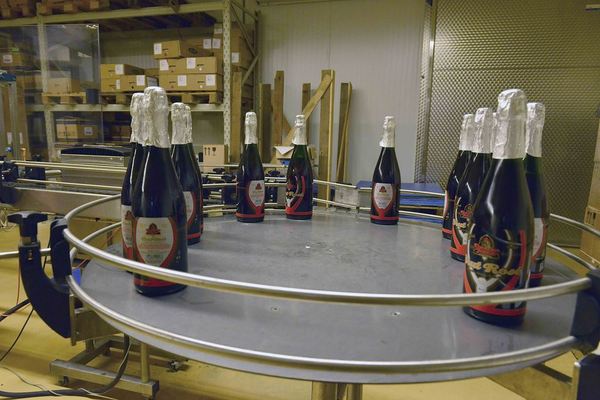 Bart the brewer would like to see beer written with a capital B. He says: “I used to work for a multinational where beer was described as a ‘liquid’. In my opinion this shows a huge lack of respect”. I ask him what us Belgians expect of their beer. “We want a beer that is easy to drink and well-balanced”, he asserts.

“At Anders we’re quite happy to experiment but only very rarely are we asked to do anything extreme. Even ‘experimenting’ remains well within the boundaries.”

“However, the Anders Brewery is the perfect platform for stepping outside the boundaries, now and again. Abroad, though, brewers are more open to going that little bit further. If the beer has a link with Belgium, then Belgian expertise is expected (‘brewed with Belgian yeast’)”.

Bart himself is always open to amazing beer experiences. Why not try a sangria made with Framboise or oude kriek? Or a beer cocktail?

Bart holds classic dishes such as rabbit with prunes, or ‘stoofvlees’ in a dark beer sauce in high esteem. When it comes to food pairing, cheese springs to mind: a Roquefort with a well-hopped beer. Or a dessert comprising goat’s cheese, white chocolate and basil, accompanied by an Orval. 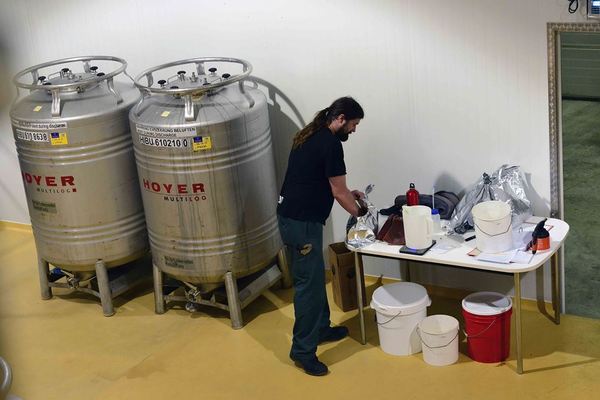 “Hobby brewing is ‘cooking for men’”, he states. “Now and again hobby brewers proudly present the most bizarre brews. Occasionally these are completely out of balance. Such beers cannot be called a success.

Above all, beer has to be tasty: when you have drained your glass, you want another one. If the overpowering taste is one of saffron or ginger, you will find it interesting but you may not even finish your glass.

A good balance is paramount. A cook could spoil a soup through the addition of too much pepper and salt...”

“We brew for third parties and as such we deal with all sorts of questions,” Bart tells us. “Our clients approach us with an idea that we translate into a beer.

Compare the process with a musician who comes to recording studio to make a CD. We will always probe further.”

“We would want to know the purpose of the beer: thirst-quencher, or degustation beer? What's the target group? Who is going to drink it? Who is the ideal consumer? A social drinker or a ‘foodie’? When would you drink the beer? Where does it fit in? Which dishes would you drink it with?” 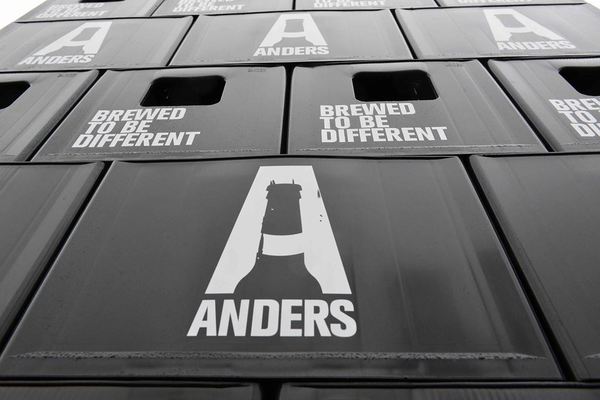 A Highway to Emotion

Ask the brewer for his favourite beer and he fails to give you an answer. After all, preference is determined by the moment, the weather, the mood you’re in... But when he is carrying out a tasting, the automatic analysis function springs into action.

Have mistakes been made during the brewing process? If yes, where exactly? Which malt, hops or yeasts have been used here? What could I do to improve this beer, if possible?

All this technical analysis does not take away any of the passion for the product, nor the poetry surrounding it. When I mention to Bart that there are certain episodes in my own life that I can link with beer – and not to the same extent with wine – he agrees immediately.

We Belgians are so used to having beer around. It is always there, to make for a jolly atmosphere or to comfort your sorrows.

One final question: has this brewer developed his own signature? How does his hand show itself in his beers? “I love to produce light, moreish beers where the fruitiness comes from the aroma hops”, Bart answers me. He is proud of the Armand that he developed for the Ter Dolen brewery.

Is he looking up towards other brewers? Does he have beer heroes? The name of Orval drops into the conversation immediately.

And then follows an ode to his teacher and guru, brewer Dirk Nauts of De Proefbrouwerij of Lochristi. “He taught me the trade and I will always remain grateful”. Says one contract brewer to another.