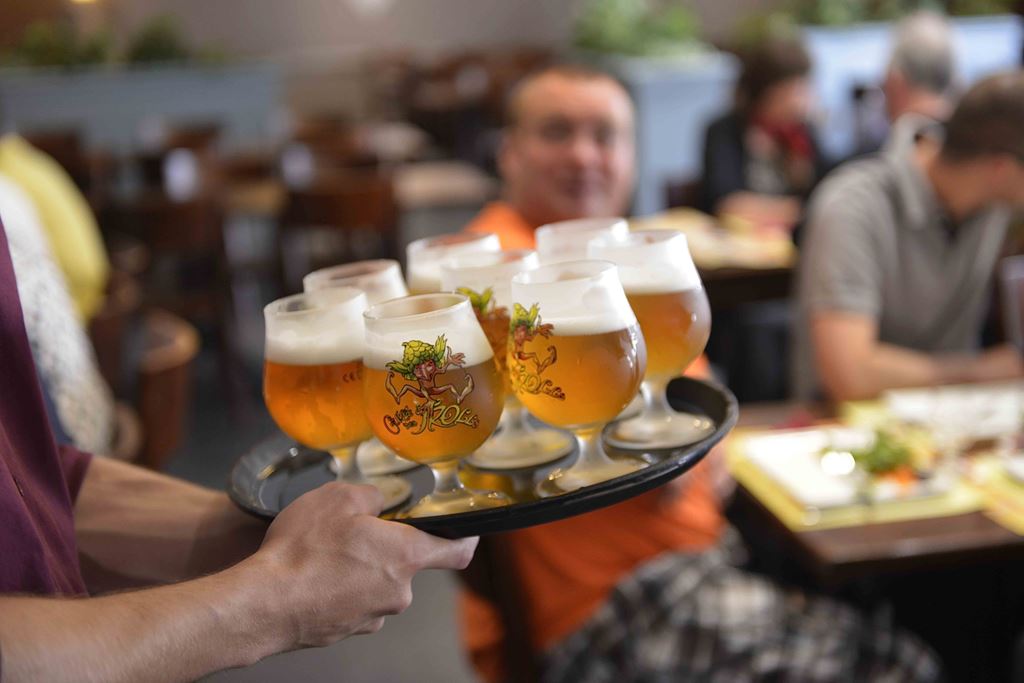 PIPAIX - Embark on the new visitor experience at Dubuisson. You can put your own group together for a tour of the Dubuisson brewery. Group visits require a minimum of 15 participants and are available from Tuesdays to Saturdays by appointment.

If you would like to come on your own or in a smaller group, join the scheduled tour of the brewery every Saturday at 3pm. There is no need to book for this one; just turn up and join the group.

All visitors are welcomed to the brewery with a glass of Cuvée des Trolls or Pêche Mel Bush in Dubuisson’s very own brewery tavern, the Troll & Bush.

You’ll see a company video that brings the history of this eight-generation, 240-year-old family brewery to life.

The film highlights the authentic character of the brewery and its beers, and the way it is anchored in its local community. You will also see every step of the fermentation process.

Brasserie Dubuisson manages the entire production process from start to finish, using their own strain of yeast in the production of their beers. Over a period of around two weeks this ‘house yeast’ feeds on the sugars in the wort and converts them into alcohol and carbon dioxide.

The beer will subsequently go into cold storage, where it will develop its taste and clarify, the process of the sediments sinking to the bottom of the tank. Any residual yeast will be filtered out at this stage too.

Once clarified, the beer is pumped into a storage tank designed for filtered beer, from which it will be bottled or poured into a barrel.

The video presentation is followed by a visit to the bottling plant and a look at the hop fields next to the brewery.

You will tour the vintage brewhall as well as the new installation, gaining an overview of the ingredients used and the brewing process.

You’ll acquaint yourself with the wood-ripened degustation beers in the maturation chamber. The tour culminates in a tasting of the Bush Blonde and the Bush Ambrée. If you would like to stay on for a while, you will receive a warm welcome at the Troll & Bush tavern, where you’ll find an exciting menu as well as a fantastic selection of beers of course. 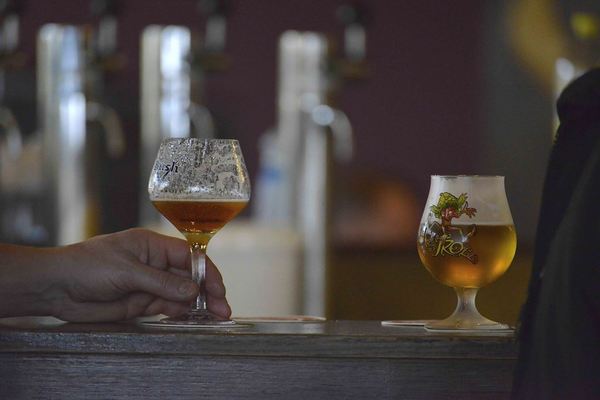 From the Bottling Plant to the Hop Field

The empty bottles are machine-lifted from their crates and sent on their way to the rinsing machines. The crates, now empty, are transported to be cleaned in a different part of the plant.

The clean crates travel to the end of the line where once again they will be filled with unlabelled bottles filled with beer. The labelling machine will put three different labels on the bottles: front, back and neck.

Once labelled, the bottles are mechanically rinsed and dried before being transferred into crates, which in their turn will be lifted onto pallets that are stored in the warehouse before shipping.

In 2013 the brewery established a hop field covering 50 acres. This involved the planting of 880 vines, winding their way around 150 poles that allow this climber to do what it does best: growing quickly.

The brewery cultivates two different varieties of hops: Golden Styrian and Golden Kent, both of which are characterised by their strong aromas. The current yield is around 500kg of hops per year, covering between 20 and 25% of the brewery’s needs. 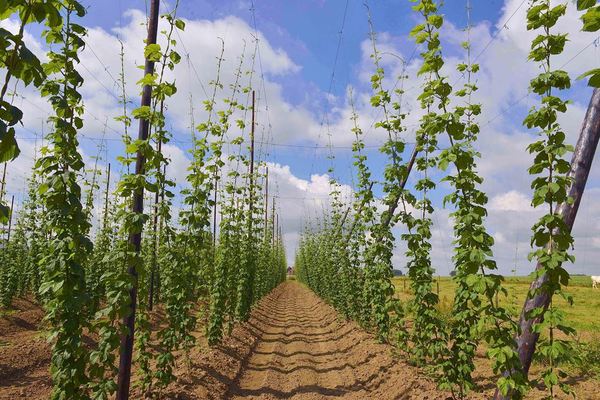 The former Dubuisson brewing hall has been converted into a museum. This brewing hall was opened in the 1950s and was in use until the end of 2013. It produced 15 brews per week, with a total annual volume of 5 million litres.

The mashing basin and the boiling kettle are pieces of authentic, vintage copper equipment. The new brewhall has doubled Dubuisson’s capacity to 10 million litres-a-year.

And there is more good news: it is more environmentally friendly. For example, the hot water used for brewing is recycled to heat the buildings and clean the equipment.

The brewing process starts when the malt used in the preparation of the mash is selected.

Each brew contains a specific mixture of malts, and the malt chosen will largely determine the colour of the beer.

In the initial stage of production, mashing, (maischen in Belgium) the malt is mixed with water and gradually heated to 72°C.

This is the temperature at which the starches in the malted grains are converted into the sugars that will nourish the yeast. The water comes from a 37-metre deep underground well. 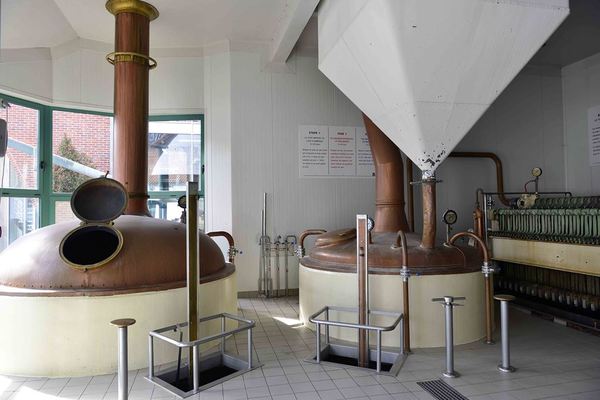 The water has a high calcium content so it is decalcified before use. The wort is boiled after the filtration process, and at this stage the brewer adds the hops. Herbs are added at this stage in the production of some beers, such as the Cuvée des Trolls.

At the end of the process the beer is filtered once again. The wort is now ready to be fermented, to go into cold storage and to be added to the bottles in the warm chambers.

The maturation chambers are home to the degustation beers, Bush Prestige, Bush de Nuits and Bush de Charmes. All three have spent time maturing in vintage wooden foeders (vats) or barrels after their main fermentation.

The classic 3-week storage period in lagertanks is followed by a maturation of between 6 and 9 months in oak foeders.

As the beers mature they develop various tastes and aromas contributed by the oak as well as the wins that have previously been stored in the foeders and barrels. This process creates beers with a rich and complex profile, a balanced blend of tastes and aromas typical of beer but with a fragrance and finish that is more reminiscent of wine.

Take your time to discover these degustation beers and learn to enjoy them. We will drink to your health! 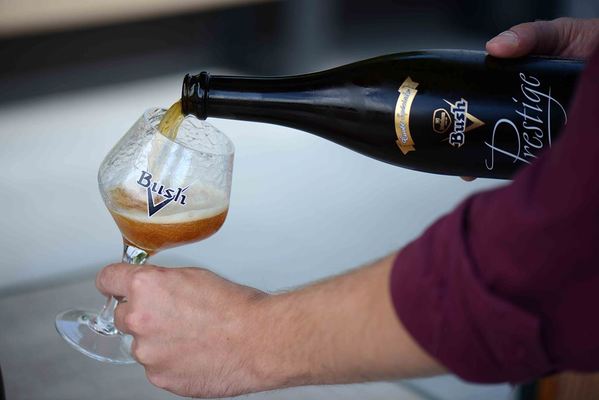