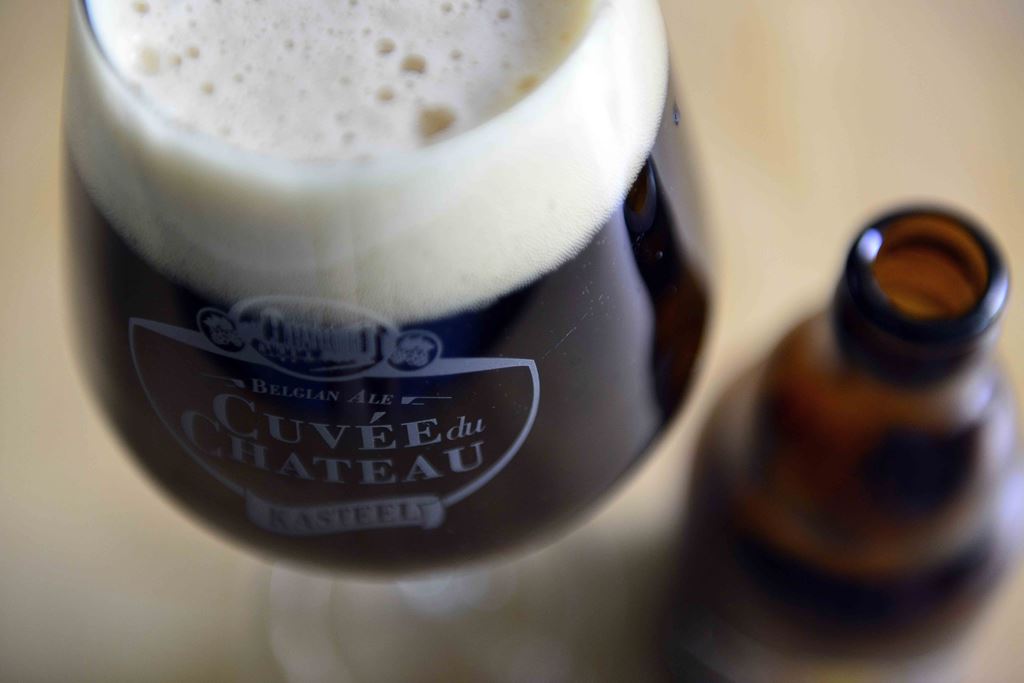 INGELMUNSTER - Brewing always involves just a little bit of magic. One brewer expressed it as follows: “We put the ingredients together and wait for the result”. But we think there is more to it than that. As a brewer, you are forever tweaking the result. And the experienced ‘tweaker’ is also guided by the scientist.

This is how the Cuvée du Château, made by the Van Honsebrouck brewery, was born. “We are regularly tasting Kasteel Donker of different vintages”, brewmaster Hans Mehuys reveals.. “It is well known that many dark beers age quite well if they are sufficiently strong. We were over the moon with the outcome of our tastings.

This gave us the idea to develop a beer with the taste of a mature Kasteel Donker without having to wait for years to taste the result”. Actions spoke louder than words. It wasn’t long before science was drawn into the equation.

The brewer called on Louvain professor Filip Delvaux, a leading expert in the field of beer fermentation. “When a dark beer such as this one is maturing, it will undergo ‘madeirisation’. In other words, it will develop touches of port and sherry. Temperature and oxygen are the main factors that determine the ageing of beer”, Filip lectures us. The gentlemen started off their search with a young Kasteel Donker.

“We were looking for a delicate madeirisation, with a certain level of oxidation that would give fruity aromas as well as aromas of port and sherry and hints of caramelised and roast malt and bread, without increasing the alcohol content”, Hans explains. 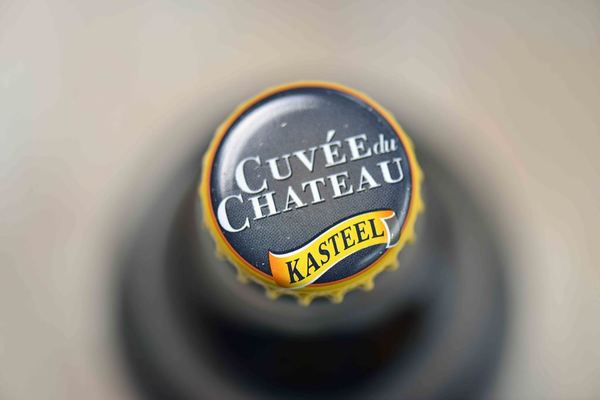 Kasteel Donker is a beer that tastes full in the mouth and is strong and quite sweet. If you increase the alcohol content further, you will affect the frothy collar and you will also find that the alcohol will dominate the malt and hop. “The beer ages well because it does not re-ferment in the bottle”, the brewer adds.

“Had we allowed it to re-ferment, we would have ended up with young beer once more”. So, how did the brewer’s duo achieve their ambitions in the end? “In brief, during the brewing process we accelerated the maillard reactions (complex interactions between sugars and amino acids) which caused the beer to age faster but in a positive way”, explains Filip Delvaux.

“This leads to a change in taste and aroma, just like you get with a mature beer”. Does this give a consistent result or do you get ‘good’ and ‘bad’ years?

“Yes, definitely, you will get good and bad beer years in any case as the quality of the ingredients varies from year to year”, the professor responds. “Start comparing and you will discern different tastes and aromas. Malt and hop will always vary in quality. If the protein content goes down, the froth will lose stability. The number of esters will also vary from year to year. Experienced brewers will notice these differences and allow for them so the end product ends up consistent”. The CEO of the brewery, Xavier Van Honsebrouck, is now entering the debate. “Our Cuvée is a beer with a great deal of complexity aimed at an audience that appreciates refinement in the glass.

Banana, cocoa, chocolate, liquorice, raisins... it’s all here. Personally, I like this type of subtlety but with a twist. I expect a beer to offer something out of the ordinary.

On the other hand, I am after a beer that goes down easily despite the high alcohol content”. Is it possible to lay down the Cuvée du Château for years and years? “An interesting question to which we do not yet have an answer”, is Hans Mehuys’ response. “Remember: this beer was only launched about four years ago. But, as the Cuvée du Château already has the aroma and taste of a mature beer, I would advise against storing it for much longer” 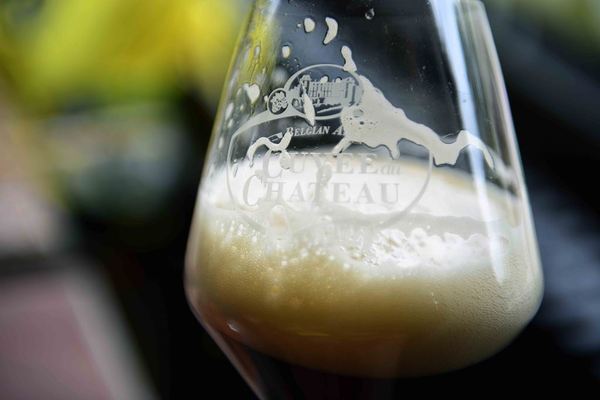 Xavier is very happy to treat us to the story of the Epoisses and the Cuvée du Château to illustrate the gastronomic appeal of this beer. “We were asked to contribute to a TV series on the subject of beer and cheese”, he tells us.

“I insisted on taking our Cuvée and putting it right next to an Epoisses from the Bourgogne region.

Cheese affineur Michel Van Tricht was not immediately convinced but he had to agree with me in the end.

The Epoisses is a creamy unpasteurised ‘spoonable cheese’ that, prior to maturation, is rinsed in a mixture of water and Marc de Bourgogne.

I had given instructions to the camera man to zoom in on the cheese maker’s face when he was tasting the cheese accompanied by the Cuvée du Château.

The man was completely unfamiliar with beer. What else could you expect, right in the centre of a major wine region? The cheese maker was completely bowled over. Never in his wildest dreams was he prepared for the beautiful synergy between the strong beer with its remarkable touches of caramel and the powerful cheese”. 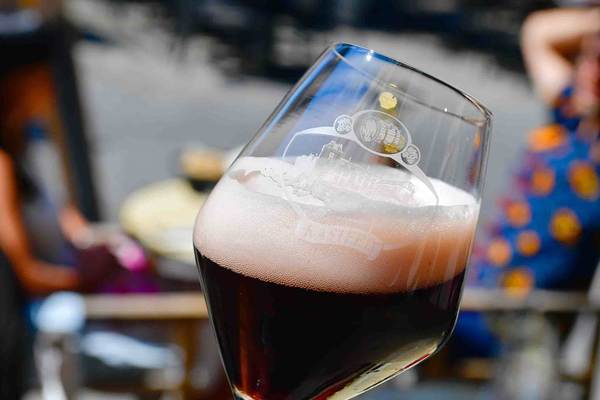