Bruges Beer Festival 2018: your window on the Belgian beer world

BRUGES - Eleven years ago it all started off on quite a modest scale in the medieval town hall of Bruges, under the imposing gaze of the Belfry. Now, in 2018, the Bruges Beer Festival has spread its wings and encompasses most of the central market square, the Markt, as well as neighbouring Burg square.

Not only is it one of the largest beer festivals in Belgium, it is highly ranked amongst the major European beer festivals. Many beer lovers use it to kick off the new 'beer season'. As in: tasting, testing and generally having fun with beer.

In Bruges you will come across the entire range of Belgian beer styles but you will also be able to enjoy limited editions and seasonal beers. Choose from over 500 beers from 88 Belgian breweries and small distributors.

And now for the classics. The Trappist beers from Achel, Chimay and Westmalle remain as popular as ever. The Lambic beers from Timmermans are still in high demand and the same goes for a Pauwels Kwak, a Karmeliet or a Deus made by the Bosteels brewery.

As ever before, people are flocking towards a Duvel, De Koninck or Liefmans. Brasserie d’Achouffe is handing out a free Chouffe hat when you order their Cherry Chouffe, a dark fruit beer, or one of their other ‘gnome beers’.

Meanwhile, the craft beer movement continues to infiltrate Belgian beer culture, albeit drip by drip. Belgian brewers like to take craft beers as a source of inspiration, rather than copying them.

After all they hold their own tradition in high esteem and would not like to be copycats.

However, we would like to showcase several new developments. The rise of the lighter but tasty ‘session beers’, the up-and-coming ‘new sour ales’ made with the addition of wild yeasts (Brett); the increased popularity of imperial stouts, pale ales, IPAs and saisons plus a wide range of wood-matured beers. And Belgium would not be Belgium without its strong blonde triples. 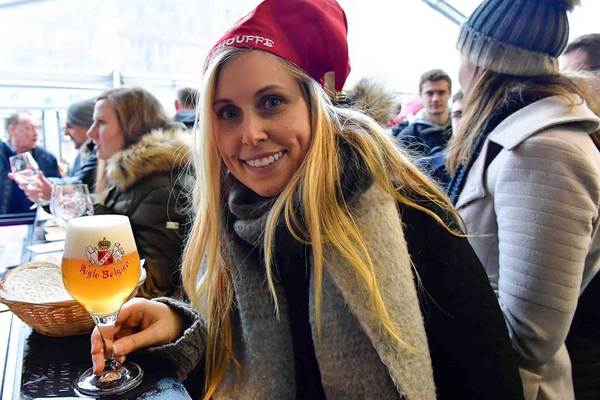 What’s in a name?

Several surprising creations with intriguing names to match have prompted the curiosity of many a beer lover. Amburon Belgian Craftbrewery unveils its Tungri Walk on the Wild Side, a dark dubbel matured in bourbon barrels purchased from The Belgian Owl, a Belgian whisky distiller.

It also launches its Tungri Perfect Day: a blonde that has spent time in barrels used by the Belgian chateau of Genoels-Elderen to produce its chardonnay. Bourgogne des Flandres draws you in with its Love Potion n°1 session beer and if that does not work, you can try its malty, wood-matured Killing In The Name.

King Mule is the latest IPA from the Cornelissen brewery; its Kriekenbier Wheat gives a clear indication as to its origins of fruit beer brewed with white beer whereas its Luxury Lager is an upmarket pils with a full-mouthed taste. Bruges brewery De Halve Maan faces the competition at home with its Straffe Hendrik Heritage 2016 Rum Oak Aged.

Ypres brewery De Kazematten has produced a worthy successor to its Wipers Times 14. It has introduced the Wipers 16, brewed with elderflower and elderberries, as well as the Saison Tremist. Dupont welcomes the spring tide with its dry and bitter amber saison L’Hirond’Ale. Bertinchamps remains true to its farming roots with their Hiver winter beer. Het Anker has added to its well-known family of Gouden Carolus beers. The latest member is called Gouden Carolus Indulgence Botanic and is made with barley and wheat and four natural herbs.

The bottom line: all of these breweries continue to surprise us with variations on a tried and trusted theme.

Kompel, the new kid on the block, pays homage to Belgium’s mining past with its kriek, based on a lambic, and with its Bellefleurs honey beer. Well-known lambic brewery Lindemans has expanded its range of zesty ‘botanicals’. After the SpontanBasil and Blossomgueuze it has now also launches a Gingergueuze: a blend of lambic and fresh Thai ginger.

Lupulus, an Ardennes-based brewery, has added to its range. Taste its Lupulus Blanche wheat beer with its zesty taste of herbs. Meanwhile, Omer Vander Ghinste is keeping the name of its ‘special edition’, only available from the tap, close to its chest.

Palm Belgian Craft Brewers has concocted a new brew in the kettle of its De Hoorn microbrewery. Their Arthur’s Legacy The Brave has elements of a stout, a scotch and even a porter.

Roman invites you to lounge around the wood fire with a glass of its Adriaen Brouwer Winterwood, matured in whisky barrels.

Last but not least, Van Steenberge has spoilt us with a range of new beers. Not only is there Baptist Blond, a top-fermented blonde beer relatively low in alcohol.

We can now also enjoy Baptist Wit, a wheat beer, as well as Monks Grand Cru, an old brown beer matured in the tank.

Wood maturation is also evident in Gulden Draak Brewmaster, aged in whisky barrels or else the Gulden Draak Calvados, aged in barrels bearing the name of this apple brandy, or else the Piraat Rum aged in rum barrels. Who said that the Belgian beer front is running out of ammunition? 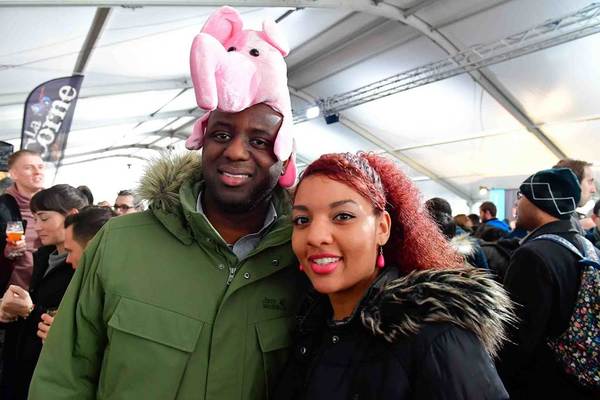