Bush, beer not to be taken lightly 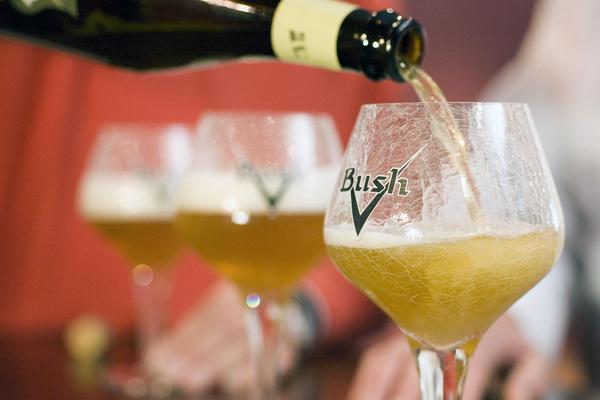 Bush is the English interpretation of Dubuisson, the brewery that he created. Its recipe has remained unchanged for more than 75 years, which makes it one of the oldest Belgian beer brands still on sale.

The Dubuisson brewery is known for its strong beers, a hefty 12-13% ABV. The Bush Prestige and Bush de Nuits are limited edition beers, matured in oak barrels with only a small batch made available to the public.

Bush Prestige starts off as a Bush Ambrée (12% ABV), but is then matured for six months in oak barrels instead of in the usual stainless steel kettles.

Minute quantities of sugar and yeast are added during the bottling process, so provided the beer is kept at room temperature; it will re-ferment in the bottle allowing it to develop a natural cloudiness as well as its high alcohol content of 13% ABV. The centuries-old tradition of maturing in oak barrels produces aromas and tannins that haven’t been encountered by beer lovers for decades and which will win over even the most demanding aficionados.

The aromas remind us of whisky and oak-matured brandy, but give an exceptionally full and rounded flavour. The powerful taste, the rich aromas, the collectors’ bottle and the limited availability all contribute to making Bush Prestige an exceptional beer.

Bush de Nuits (13% ABV): Bush de Nuits was launched in 2008 and is produced by ripening Bush de Noël (12% ABV) for six to nine months in wooden barrels that were once used to mature Bourgogne de Nuits St Georges.

The beer is then bottled in 75cl flasks and stored in a warm room for a third fermentation. The end result is highly surprising: a beer of true character, with a light clear colour and subtle wine aromas. The taste also reminds you of wine. 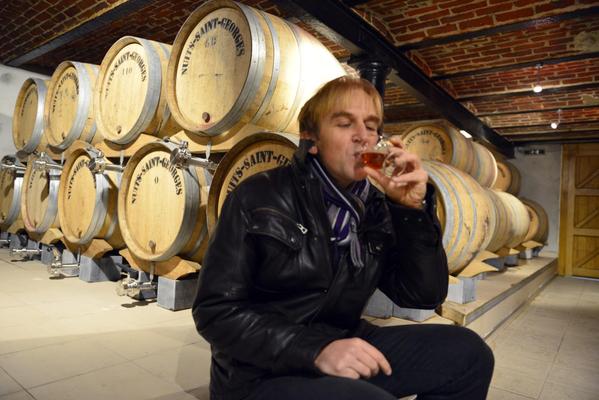