Durobor, a touch of glass 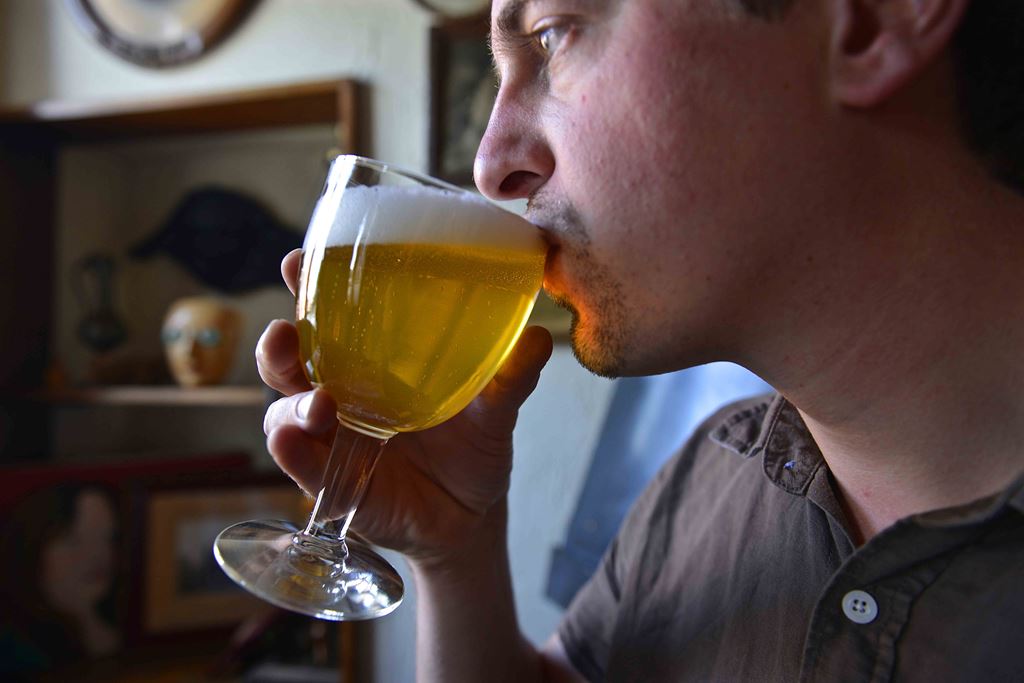 SOIGNIES - Belgians drink their beer from the correct glass. An abbey beer tastes so much better from a traditional chalice, a pils beer from a pils glass... Only in Belgium, will you come across such a wide variety of beer glasses. It is not only the shape of the glass that determines the identity of the beer and the brewery.

The size and the style of the glass also play a role. In fact, our brewers take this one step further. They often find that each beer should have its own individual glass. Even blind-folded, you can tell a Duvel, Orval or Kwak from the shape of its glass.

Beer glasses play an important role in Belgian beer culture. This tradition goes all the way back to the 19th century when towns such as Soignies (Zinnik) and Charleroi developed into centres of glass industry.

Most branded beer glasses were only introduced after the Second World War. The current Orval glass was introduced in 1947 and the iconic ‘Gaétan’ pils glass with its ribbed bottom half saw the light in the same year.

Durobor from Soignies is the best known Belgian (owned) beer glass producer as well as the last one still in business. The company was founded in 1928 under the name of Compagnie Internationale de Gobeleterie Inébréchable. With the general population it soon became known as Durobor, a reference to the reinforced, unbreakable rim – Dur au bord or ‘hard edge’ in French – of this manufacturer’s glasses. 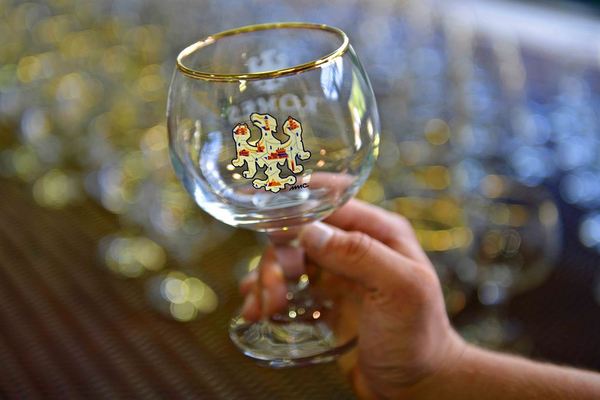 Belgian beer glasses are coveted collectors’ items. The glass supports and strengthens the story of the brand. Just to take one example; the Van Steenberge brewery asked Durobor to design a glass for its Gulden Draak beer. The shape is inspired by a dragon’s egg resting on a rock – the robust foot of the glass.

De Brabandere also found its way to Durobor to have a glass produced for their Kwaremont ‘koersbier’, or ‘cycle race’ beer.

The foot reflects the imprint of the cobblestones of this famous hill that forms part of the Tour of Flanders and the stem proudly displays a cyclist.

The imprint on the glass clearly indicates the elevation as well as the alcohol percentage of the Kwaremont and rounds off the story of this famous hill.

However, the shape of the beer glass depends on much more than mere marketing or fashion.

Many glasses are developed with one major purpose; to do full justice to the aromas and tastes of the beer. A chalice, or tulip-shaped glass, is suitable for top-fermented beers.

The beer can ‘breathe’ in the glass thanks to its large surface and the aromas are released to their full extent. The majority of beer glasses reflect the beer style in question: a chalice for abbey beers and Trappist beers; a tulip-shaped glass for a strong blond beer or a pale ale; the flat, wide, massive bock glass for white beer...

The bulbous balloon glass suits a brown beer and the ribbed glass is typical of a pils.

The volume contained in the glass and its use are determined by its shape. A pils glass is handy for pouring from the tap.

A more fragile, elegant bulbous glass on a tall stem is more suitable for tastings or for use in a restaurant. Glasses of this type, typical for wine, are now also becoming increasingly popular for serving specialty beers. 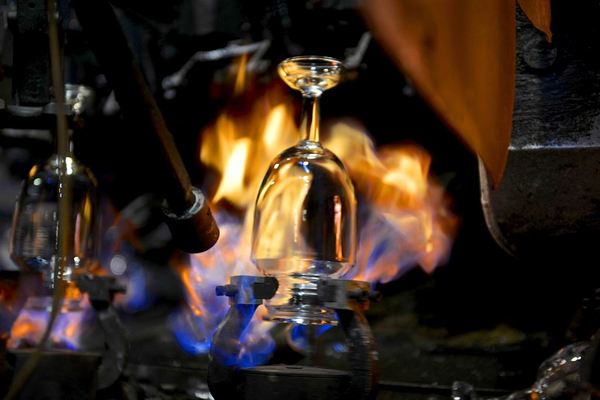 Belgium is known not only for its beers but also for its beer glasses. What is the secret of Durobor’s success? A focus on quality and the expertise of the manufacturer acquired over many years.

The components of Durobor glass include sand, sodium carbonate, lime stone and crushed glass. Colouring agents are often added as the glass is naturally green in colour.

At a temperature of 1500°C the mixture turns into a fluid and bright paste. A ‘drop’ of this mixture is cut automatically and falls into a mould where it will be pushed by a metallic awl. In a second mould, the glass sticks against the metal walls through the force of compressed air.

The glass, with a surplus cap on top, is sent to the cutting machine where it is ‘decapitated’ by a flame crown at a temperature of 800°C. At this precise moment, the sturdy collar on the rim is created, which will protect the glass from breakages. The glasses are now sent to the re-heating oven where they will gradually reach the ambient temperature.

Durobor supplies glasses in any possible beer style, with or without an imprint. The Soignies plant is capable of decorating up to 25 million glasses per year. Using screen printing, the manufacturer can print designs in eight different colours, including gold, silver and platinum.

Just take a look at the shiny gold logo on the Gulden Draak glass and admire its sparkle. Thanks to the use of ceramic glaze, or enamel, heated at very high temperatures, the logo becomes resistant and dishwasher proof. Durobor is producing all types of decorative prints on glasses and bottles containing up to two litres. The glass is hard-wearing and so is the decoration. 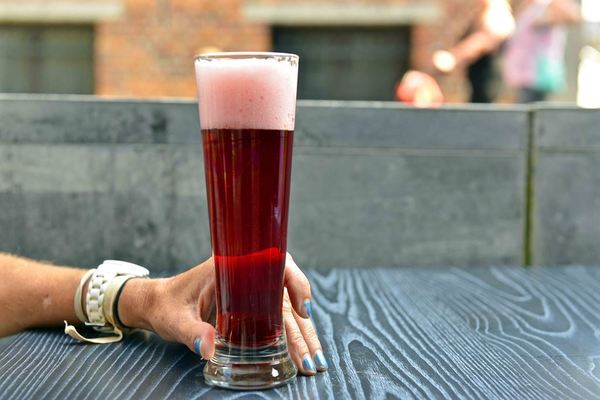