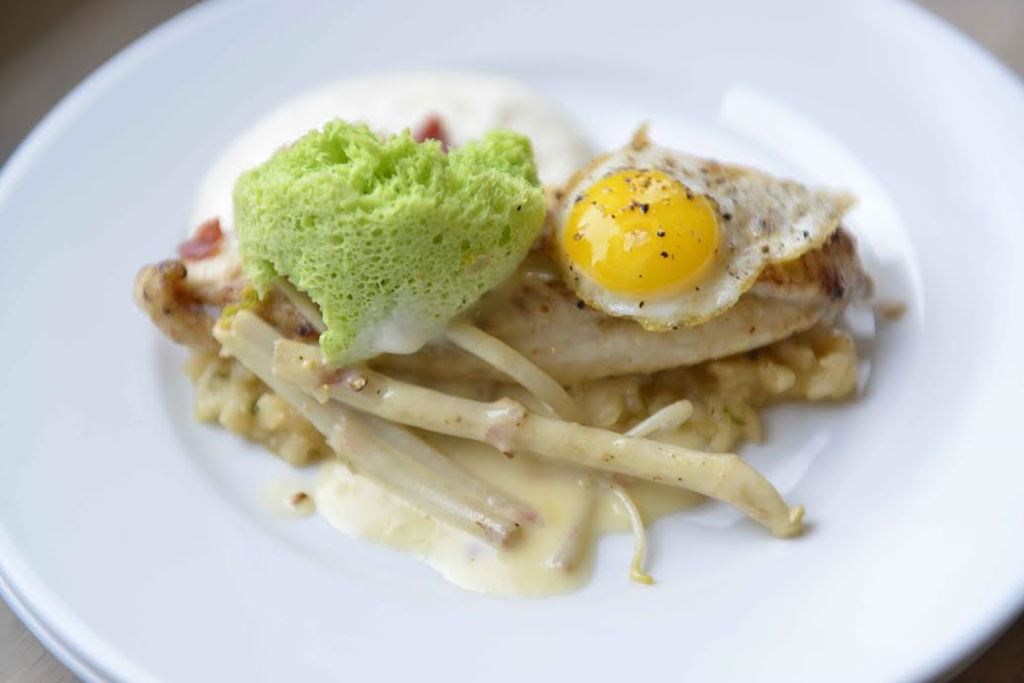 PROVEN/POPERINGE - Today I am visiting ‘t Hoppecruyt in the village of Proven near Poperinge. The majority of Belgian hops are produced in this region, the so-called Westhoek, known internationally as Flanders Fields since the front lines of the First World War faced each other here.

The proliferation of hop farms is no coincidence. The mild maritime climate and the fertile soil, a mixture of sand and loam, are eminently suitable for growing this special plant.

History offers a further explanation. In the Middle Ages Poperinge and Ypres were vying for linen cloth business.

Ypres was eventually awarded the trade monopoly, which forced Poperinge to look for a different source of income. That is when hops, desired by many Belgian brewers, entered the picture.

‘t Hoppecruyt is a mixed farm, also home to around 100 Blanc Bleu Belge cattle. The hop fields cover an area of 6.5 hectares.

Flamboyant farmer Benedikte Desmyter is happy to give us the ins and outs of the hop trade. “Bitter hops used in pils were the main crop for a long time,” Benedikte tells us. “These days there is a strong demand for aromatic varieties like Cascade, Safir, Tettnanger or Kent Golding".

"They have chosen Belgian hops for some of their beers and they like to advertise the fact.” Belgian hops are popular, but supply is limited.

To satisfy demand from Belgian brewers, 1,000 hectares of hops would be needed, but the area given over to hop cultivation in the whole of Belgium just about reaches 150 hectares currently. This number used to be even lower, but the situation improving slowly. Several breweries now grow their own hops.

Visitor’s tip: If you want to find out more about hop farming, the harvest and the hop festival in Poperinge, get in touch with the Tourist Office. 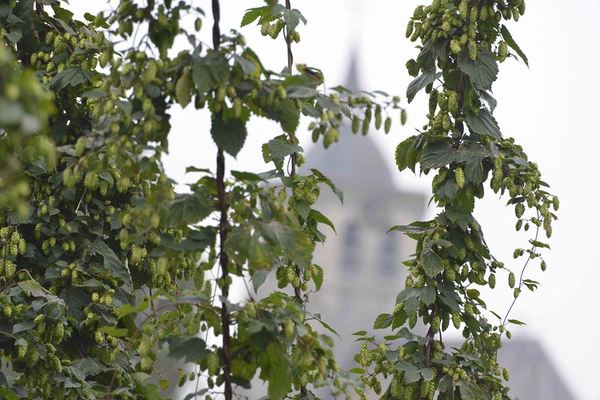 Thinking of hops, the first thing that springs to mind is the hop cones that are harvested each September. Female hop flowers contain lupuline, a substance that helps to preserve beer.

But hops are popular with gourmets as well as beer drinkers, and the hop shoots that are harvested in the spring are a veritable delicacy. They can be found on the menu of several Westhoek restaurants during the first four months of the year.

Enjoying hop shoots is no recent fad. As far back as the Middle Ages, feudal lords were given hop shoots by their tenant farmers.

The shoots grown at ‘t Hoppecruyt come from bitter hop varieties such as Magnum and Mercure. Hop plants produce cones every year. After the harvest the plant is cut back down to the soil. In spring the plant starts to re-sprout below ground.

“To obtain hop shoots we remove the roots of plants that are around 15 years old,” Benedikte informs us. “After all, older plants give a lower yield.”

We follow the farmer to her stables, which is where the roots are ‘tabled in’ (ingetafeld or buried underneath a layer of earth about 10 centimetres deep, on a heated floor, where they are kept moist.

Once the thick white shoots have started to appear, they grow quickly. Within two weeks they can be harvested. 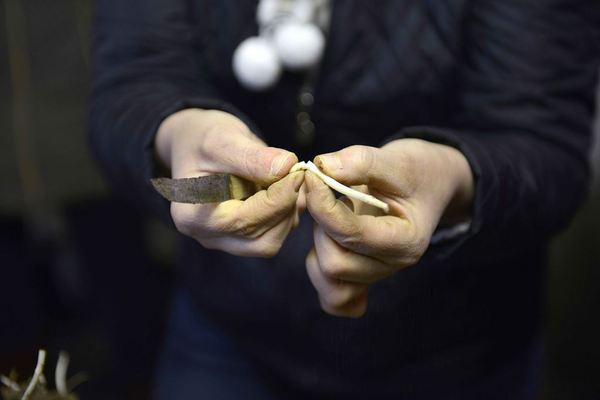 “When we pick the sprouts we remove the fibrous part,” explains the farmer whilst peeling shoots with a potato knife. “You can only learn how to pick hop shoots by doing it. We only keep the crispy part of the shoot.”

The hop sprouts are delivered fresh, every day, to local restaurants.

“It is very labour-intensive,” Benedikte smiles. “If we are able to supply 3 kilos of hop shoots in a week, that’s quite a bit.”

With so much work to be done on the farm and in the field that’s no surprise. In the hop field I see hundreds of poles, each rising at an angle, supported by cables.

Every single pole and cable must be checked and replaced if necessary. Once the hop plants start growing they are vulnerable to diseases…

Where else could you combine war tourism with a visit to a hop farmer? Want to taste hop shoots or learn how to prepare them? Get in touch with Poperinge Tourist Office. 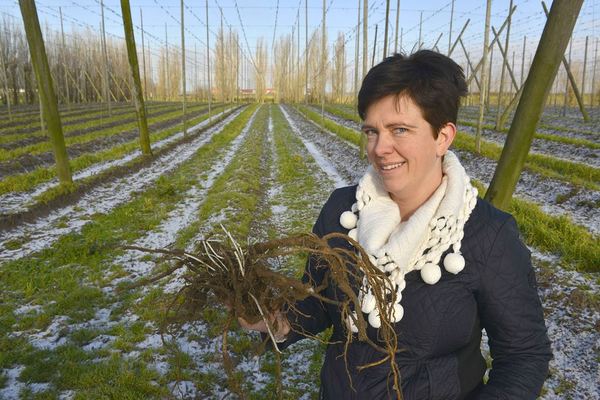 My tour concludes with a beer in the Poperinge Hop Museum. This experience centre dedicated to local hop cultivation is located in the former weigh house of the town, where the hops used to be weighed, graded and stored.

Here I learn that the region’s farmers used to dry the hops just under the roofs of their farmhouses, compressing them before transferring them to bags.

I also find out how ingenious hop farmers have been down the ages, admiring the museum’s collection of hop picking machines.

I discover how the entire population of Poperinge was involved in the hop harvest.

One vintage black-and-white picture shows even the monks of the nearby Abbey of St. Sixtus brotherly united in picking hops.

In the meantime, the impressive beer wall in the Hop Museum is forever growing.

Fifteen hundred Belgian speciality beers (and counting) are now on display, arranged by region. Will this wall ever be finished? How long did it take to build the Great Wall of China? And how about the Belgian beer wall…? Well, one thing for sure, it is worth seeing for yourself. 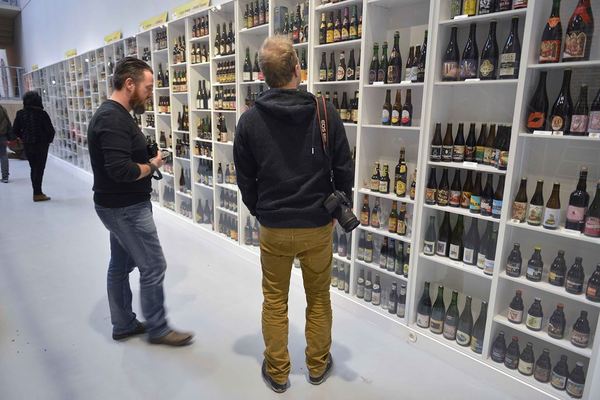