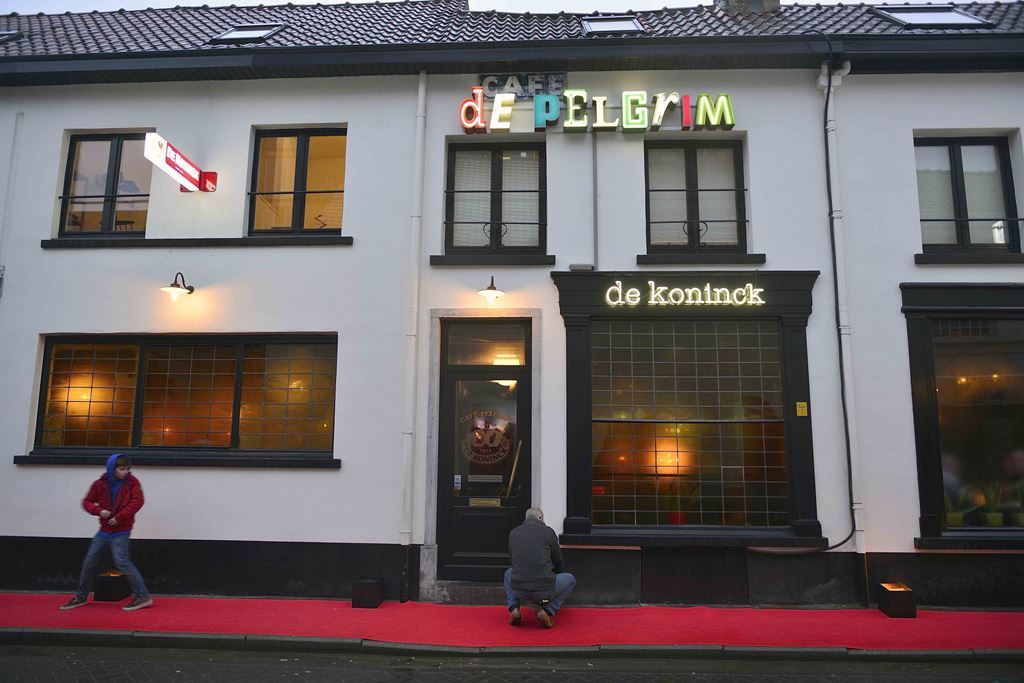 ANTWERP - Meet Cesar Van Gorp, 91-years-young. He is the oldest customer of café De Pelgrim, strategically located right opposite the De Koninck brewery in Antwerp. “I have been a regular since 1948,” he says smiling. “I knew the former owner of the brewery, 'Mister' Modeste Van den Bogaert, very well. We often enjoyed a drink together.”

The beer they supped? Well, it had to be De Koninck's premier and eponymous brew, best known in Antwerp as the ‘bolleke’ referencing its chalice-shaped glass. But it was not only the beer they shared. The beer's yeast was – and still is – a favourite with Cesar, too. “It’s full of vitamines!”

We're drinking in perhaps the most iconic of De Koninck's cafés (though Den Engel, close to the city hall, vies pretty closely for that title). Rumour has it that the beer on draught here flows – fresh and foaming – directly out of the brewery, through a pipeline underneath the Boomgaardstraat.

Not that anybody has ever seen it. And quite how the beer would be affected by such a long travel underground is a moot point. What isn't up for debate is the quality of the brew being quaffed today,

I ask Cesar if the beer still tastes the same after all these years. “Even better. Sometimes in the past I found it a little bit ‘thick’.”. And as if to prove his point, he rapidly downs the last liquid – and rather yeasty – contents of his bolleke. “Cheers!” 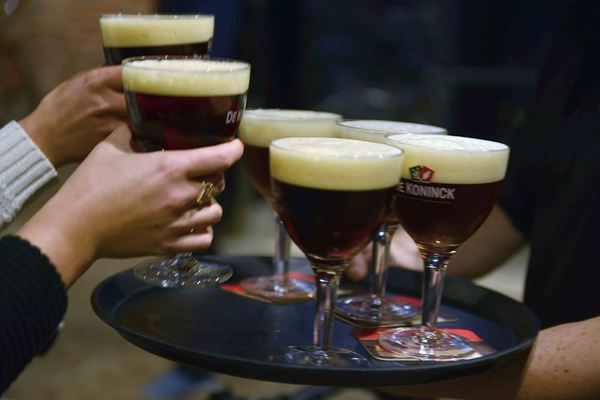 Regulars like Cesar are very happy to regain, their ‘stamcafé’ (or 'local'). It had been closed for a number of years and at first sight not much has changed. Tradition remains at the heart of this revived, but still typical, ‘bruin café’. It's a real old-style haunt, one that's lived many-a-life, and been home-from-home for so many of the city's locals.

Even the floors, tables and chairs still look rather familiar. And, in best bruin tradition, it continues to cast a little dark in some of its corners. Nothing some candle light can't help with, though. The U-shaped counter in the center, of course, is where it t all happens, the place where the ‘bollekes’ leave for their thirsty customers.

The decor of De Pelgrim remains idiosyncratic. It could have come from handiwork of some beer-loving beach-comber. The counter consists of a number of recycled smaller counters. At some of the tables, beer-bottle shaped lamps shed light. A wall is decorated with recycled table legs, and the tabletops are made out of driftwood. It all adds to the cosy atmosphere that De Pelgrim was long known for.

On the wall, the past comes alive in old newspaper articles and pictures of both De Pelgrim and De Koninck brewery. At the back of the café, a large veranda gives access to the terrace, conveniently facing south. It is decorated with second- hands carpets, plants and the kind of cane chairs some might recognise from the notorious Emmanuelle movies (enough said..).

It's through the veranda that I discovered a somewhat unusual new partnership being forged between beers and bikes. Here, based in the former horse stables of the De Koninck brewery, is a brand new bicycle shop – the Velodome.

This is a great place for those looking for state of the art cycling equipment. And also a good place to start (or end) a bike tour – especially if a bicycle repair is called for.

Not ones to let a fortunate accident of geography to pass by, these two businesses are now looking to nurture a little synergy. Velodome and De Pelgrim intend to create a cyclist club called De Pelgrim.

And if you want to join, just visit De Pelgrim or Velodome and let them know, all are apparently, most welcome!

If you're looking for something a little less saddle-based for your café entertainment, De Pelgrim is happy to oblige. Old school entertainment flourishes here, from games of chess, to live acoustic music. Just check out their Facebook page to see what's lined up.

If, instead, it's your palate that needs entertaining, a traditional approach to food is covered here, too. On the café menu you'll find classic Flemish dishes served on traditional tableware – with plenty of Antwerp generosity thrown in for good measure. The kitchen stays open with the café, its menu bending and shifting with the seasons.

De Pelgrim doesn't neglect the ultimate Belgian meal-time condiment, either. Beer is central to the menu here. With each dish you'll generally find a Belgian beer to pair with it. Or, like Cesar, you could just stick with what Antwerp does best, and order a 'bolleke'.

Which brings us back to De Pelgrim's stand-out feature – being such good neighbours with Antwerp's iconic brewers. Things are afoot across the road. Brouwerij De Koninck, one of the few Belgian breweries in the heart of a city - is currently being renovated. And at the end of the year, a shiny new visitor centre will open.

It won't only be about the beer, either. De Koninck is also where cheese matures, coffee beans are roasted, bread and pastry are baked and chocolate is processed by local craftsmen. A veritable feast for the senses is in the offing. 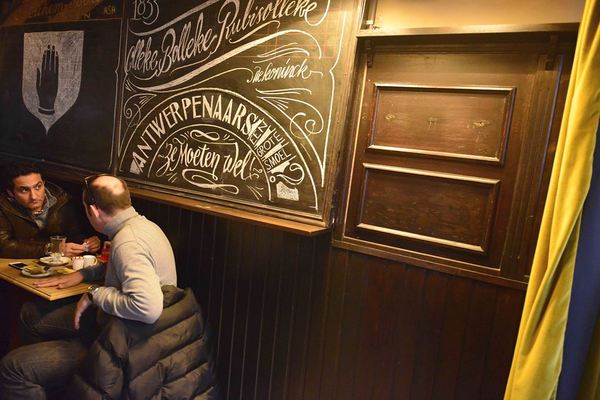