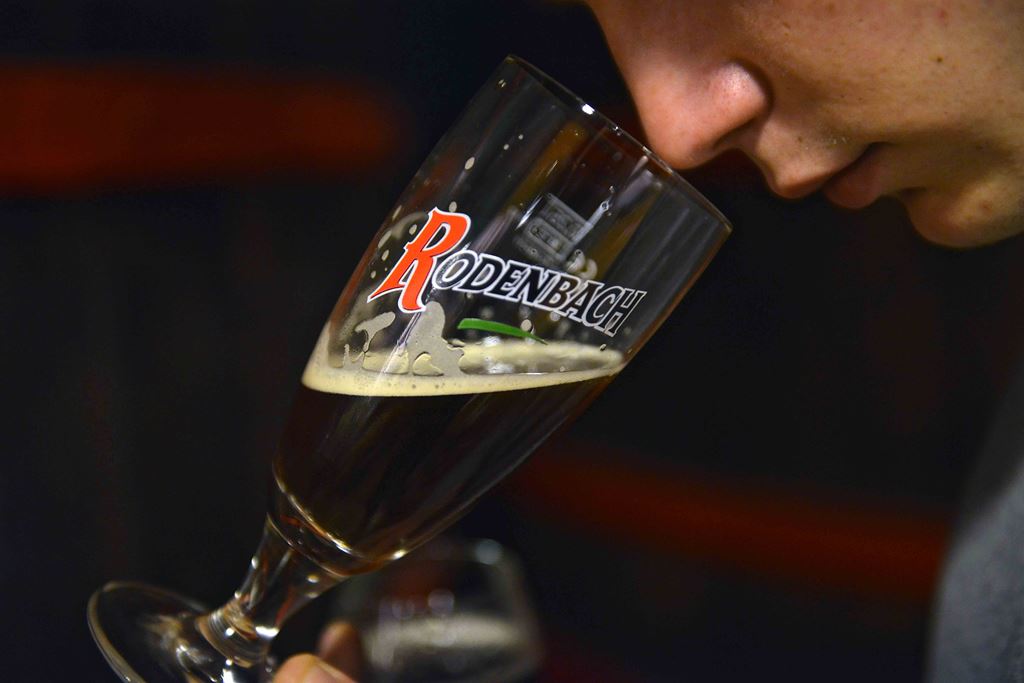 ROESELARE - The Rodenbach Flemish red-brown beer from Roeselare is part of Belgium’s liquid heritage. Eugène Rodenbach, its original brewer, drew his inspiration from the dark English porter beers, introduced to Belgium from 1812.

They were produced with a controlled souring process that increased their shelf life.

From this process was born mixed fermentation, in which the brewer blends young, top-fermented beer that has finished fermenting, with soured beer fermented in large foeder barrels.

“It’s the best of two worlds,” master brewer Rudi Ghequire says with a smile. “You add a young beer to tone down the sourness of the beer."

"While the lactic acid and acetic acid in the old brew safeguard your beer from harmful bacteria.”

We are strolling in Rodenbach’s impressive foeder hall, flanked by barrels that are several metres tall. No fewer than 294 foeders are lined up ready to do battle.

Every one of them is designed to allow in just the right amount of oxygen to fuel the microbes that convert organic acids into fruity esters. And it’s all thanks to the wood these barrels are made of.

"Oak not only imparts its own flavours – initially caramel and vanilla, later floral flavours – but are also watertight and relatively airtight, so that there’s a slow, steady inward flow of air and little leakage."

“The size of the barrel determines how long the beer takes to mature,”

Rudi explains. “It’s the ratio of the volume of fluid inside to the dimensions of the interior wall.”

The maturation process takes up to two years, each foeder ripening at its own pace and developing its own taste before the cellar master selects the most mature foeders and designs the ideal blend. 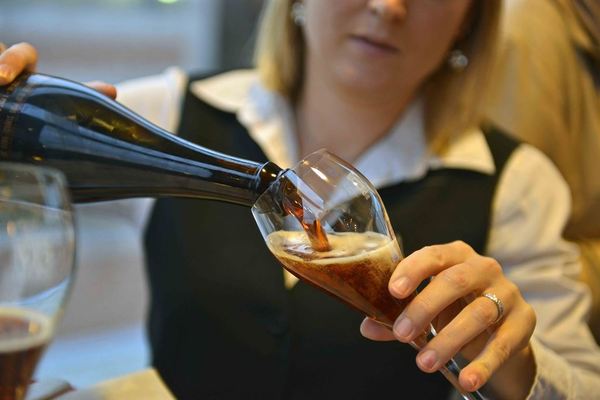 As a rule, a Rodenbach will contain one-quarter old, matured beer and three-quarters young beer. But each is different. For example: Grand Cru is made with a blend of two-thirds old beer to one-third young.

“Did you know that red-brown beers have a history going back to the early Middle Ages?” Rudi asks.

“In those days, hops weren’t used to extend the shelf life of a beer."

"But beers containing lactic and acetic acid (which taste sour and sharp) could be stored for longer."

"This gave rise to the tradition of ‘soured beers’, made by blending young, fermented beer with old, mature beer.”

Not only do these malts lend the beer its colour, they also ensure that the beer oxidises at a slower pace.

The beer is brewed using Double Target variety hops from Poperinge - both adding aroma and promoting sustainable production - ground maize to promote a full-in-the-mouth taste and water from Rodenbach’s own well.

“The use of these ingredients – the malt, the herbs, the hops – can produce off flavours during fermentation or maturation,” Rudi explains. “This is why we taste our beers at every stage of the brewing process.”

We happily follow Rudi’s advice and sample a three-month-old Rodenbach followed by one that is 20-months old and poured straight from the foeder.

The younger beer has aromas of grapefruit and citrus and has a dry taste.

The more mature beer is fruity but sour (from the acetic acid) with hints of green apple.

Rudi himself describes the taste as “three-dimensional”: slightly sour, full-mouthed and dry. Rodenbach is quite similar to wine. It is no coincidence that its pH is 3.5, just the same as wine. The amount of bitterness from the hops is deliberately kept below the taste threshold. 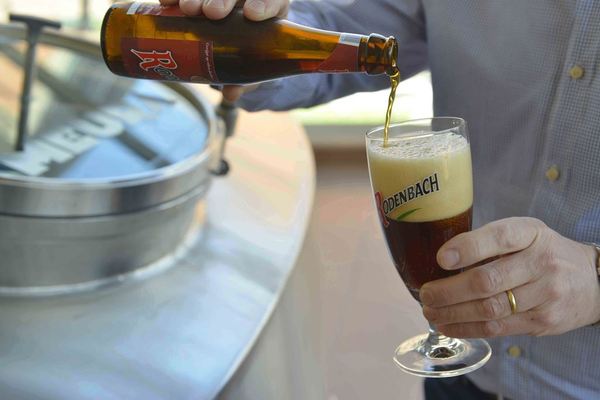 “We only need the hop to produce a stable collar of froth, but we never allow it to dominate,” Rudi explains. “Rodenbach makes for a fine aperitif and goes beautifully with a meal."

This slightly sour beer stimulates the appetite and aids digestion. It relaxes the stomach muscles and opens them up to enjoy the meal.”

The Rodenbach range increases in complexity, starting with the classic Rodenbach, a fresh and fruity thirst-quencher.

Rodenbach Grand Cru contains beer that has matured on oak for two years.

It is multi-faceted and intensely fruity with a very long finish.

Rodenbach Vintage is a superior Grand Cru, matured for two years in one specially selected barrel.

The Rodenbach Caractère Rouge will continue to mature for another six months with of fresh, sour krieken cherries, raspberries and cranberries.

Finally there is also the refreshing and light Rodenbach Rosso. Launched in 2014, the beer matures with full-bodied berry fruits and boasts an ABV of only 4%. 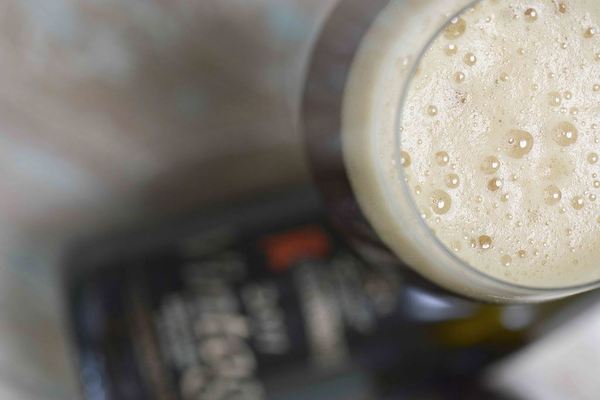 Staying True to its Roots

I ask Rudi how Rodenbach has stayed so true to its roots, helping to preserve very traditional regional beer styles? Rudi says: “Just take a step back in time. Rodenbach has inherited the tradition of mixed fermentation from the area around Roeselare and Kortrijk."

"Our brewery was one of the few to survive the First World War."

"And unlike in many other breweries, the German occupier left our copper brewing equipment intact, which meant that after the war we were able to re-start production almost straight away, based on the old traditions."

"Our expertise was not lost and our foeders remained in good condition."

“To this day, we employ experienced coopers, who repair the foeders and build new ones. You won’t see this anywhere else in the world."

"Plenty of other breweries have since jumped on the brown beer bandwagon. They never used foeders or, if they did, only occasionally."

“But these foeders are essential to the aromas and tastes of Flemish red-brown beers. After WWII artificial sweeteners grew in popularity, saccharine for example, as evidenced by the impressive rise of commercial, sweet beers such as the capsullekensgeuze in the 1960s and its equally rapid demise at the start of the 1970s."

"That approach is anathema to a beautifully balanced, oak-matured Flemish red-brown beer from an ancient foeder that stays true to its origin.”