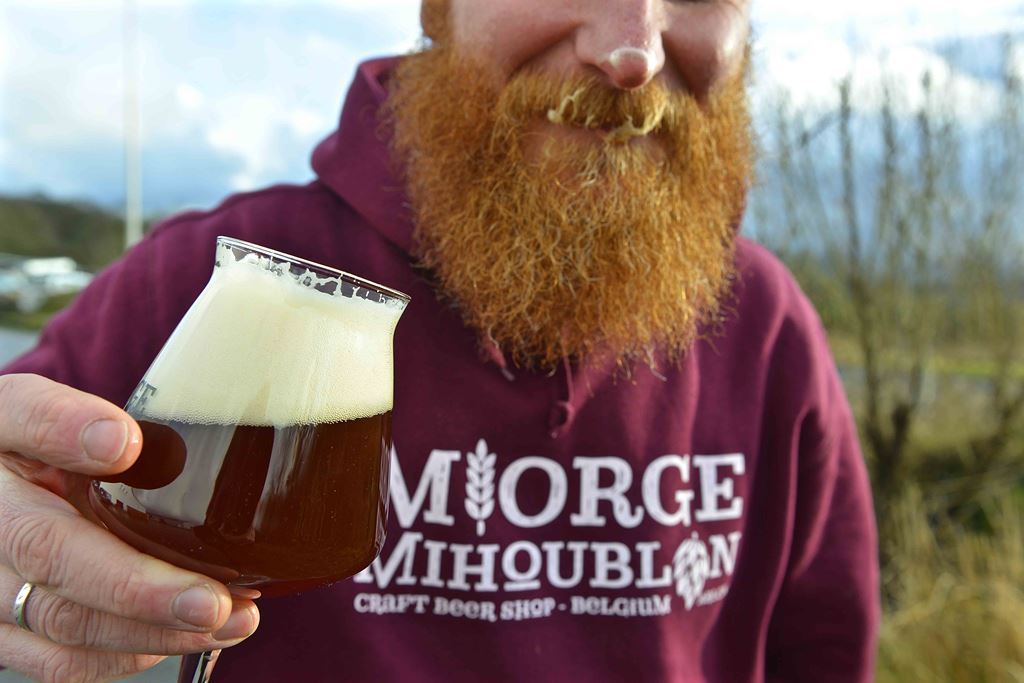 ARLON/AARLEN - Beer trader and sommelier Christophe Gillard of Mi-Orge Mi-Houblon in Aarlen (Arlon) isn’t one for beating around the bush: “I only sell beers that have my complete support, usually from brewers I know personally.” We are not talking about your average beer shop.

This is where you go for something special, advice or to get a more personal service.

Christophe’s face is well-known in the world of artisan micro-and-craft breweries in Belgium. “Plenty of people are looking for something different from supermarket beers,” Christophe feels.

“They are after authenticity and want to know who is brewing their beer. This personal relationship with the brewer is very important, I feel. Most of the brewers I work with are also my friends. I sell ‘beers with a soul’ crafted by brewers who have my full respect”.

I point at several beers on the shelves that are brewed by beer firms. “I don’t have a problem with beer firms provided they state clearly where the beer is brewed,” is Christophe’s reaction.

“I am not in the business of selling hot air or lies.” As a sommelier he insists on the technical quality of the beer. “I won’t sell any beer that has been compromised.”

This sommelier will recommend a beer based on the customer’s taste profile. “I try to convince people to choose a beer that is not immediately obvious to them,” he explains.

“If you are not keen on sweet dark beers, why not give a dry dark beer a go? You will either love the beer or not like it at all. If people say they can ‘take or leave’ a particular beer, it won’t stay on my shelves for long.” 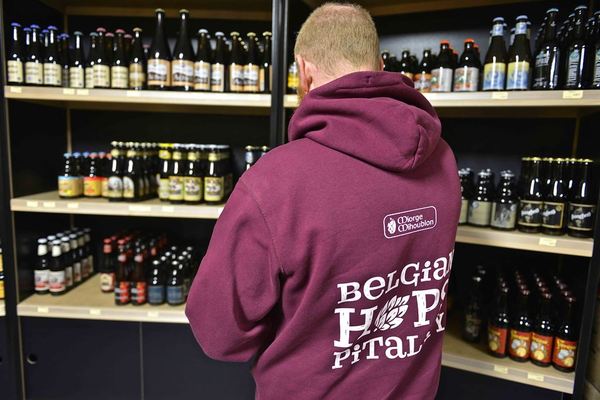 Christophe makes a plea for increased respect of the Belgian brewing tradition. Our brewers must embrace the traditional beer styles and refine them even further. “What is the point of a Belgian brewer copying American IPAs?” he wonders.

“To brew a balanced beer, that is where our strength lies. Real saisons, tripels, red-brown beers… Let’s focus on that so we distinguish ourselves even more from ‘Belgian style’ beers.

Christophe always knows what he is tasting, and, on a yearly basis, this amounts to about 2,500 to 3,000 beers. He makes a special point of never taking notes on the beers he has tasted.

In this way, he is testing his taste memory. If he is unable to remember anything about the beer, it probably has not much to offer in the way of character.

His innate Belgian expects balance in the glass. He feels that many new microbrewers are too generous when adding hops or other ingredients, resulting in a beer that is ‘out of balance’. If that is the case, one glass is enough.

“There is not much of an art to making an impression with a single batch,” is Christophe’s opinion. “But the best brewers manage to build a consistent range."

"Take a look at the Zennebrouwers, De Ranke, Rulles or Cantillon. They have a basic range with a stable, consistent quality. Besides, they give themselves room to experiment.” 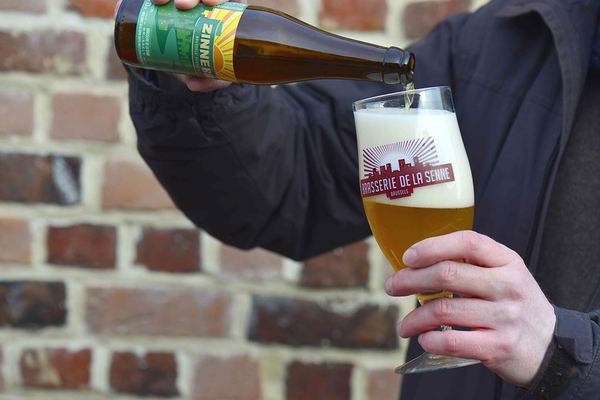 Christophe Gillard is busy paving the way for beer gastronomy. In his home region he is responsible for the food pairings at the Hostellerie Du Peiffeschof, La Grappe d’Or and L’Espelette. In Brussels he is collaborating with La Buvette, Le Café des Spores and Hopla Geiss.

How does he view the profession of a beer sommelier? “A beer sommelier is no different from a wine sommelier,” he responds. “The job entails making a recommendation for the best food pairing, whether it is with beer, wine or another beverage."

"Sadly, I have come to the conclusion that the knowledge of beer often leaves something to be desired when it comes to traditionally educated sommeliers."

"For that reason I am striving to improve education on beer and to put the status of beer on a par with that of wine in restaurants.”

For several years now, the sommelier has been working with Jean Le Chocolatier in Habay-la-Neuve.

Together they have developed pairings between several different pralines and beers from Brasserie de Rulles, Sainte-Hélène and Cantillon, amongst others. “Belgian beer offers a wealth of possibilities at the table,”

Christophe confirms. “All good Belgian beers are complex. They re-ferment in the bottle and their taste deepens. Our beautiful beer styles have developed throughout the years.

We are talking about a piece of heritage that we need to cherish. I am all for creativity. But if I come across a ‘Double Blonde somewhere, I have to ask myself a question. Per definition, a Belgian ‘Double’ is a dark beer. It really is a contradiction in term, just like a ‘Black IPA’.” Duly noted. 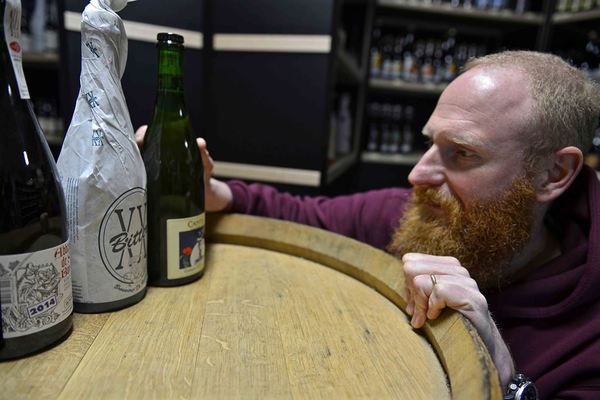