On the Dubuisson beer trail in Tournai 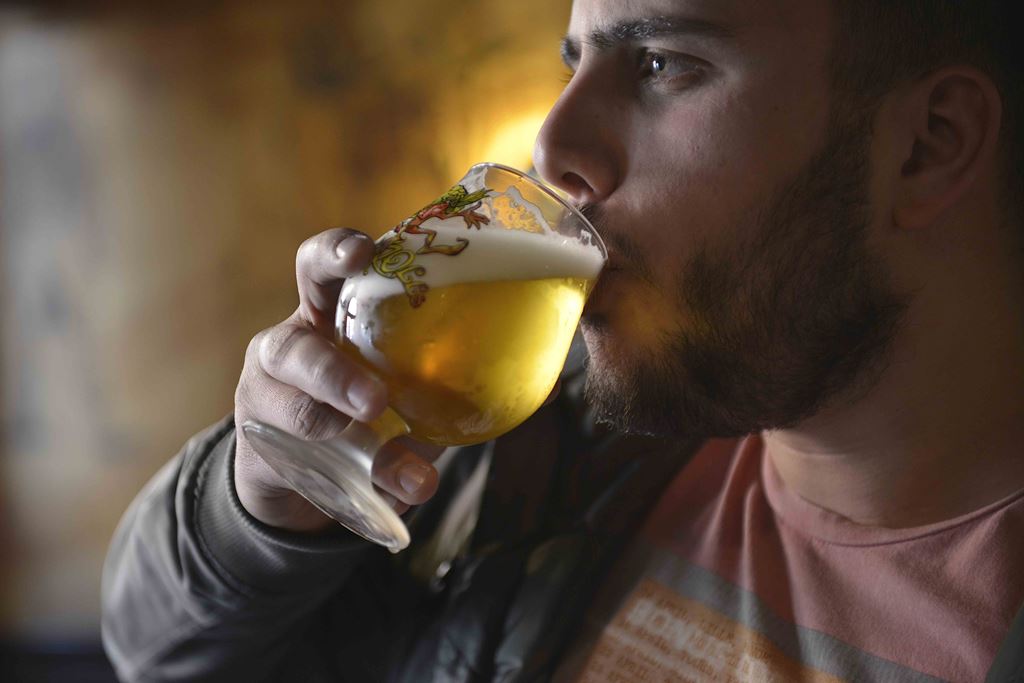 TOURNAI/DOORNIK - Only a long stone’s throw away from Brasserie Dubuisson lies one of the oldest cities in Belgium. When I hear the name of Tournai (Doornik), colourful images from the history books go through my mind. In the 5th century, Tournai was the capital of the Kingdom of the Franks.

In 1513 Henry VIII of England captured it, making it, for a short period, the only Belgian city the British ever ruled.

The 16th-century Holy Roman Emperor Charles V and the French Sun King Louis XIV have also made their mark here.

Fortunately all this violence is now in the past. Today, people are enjoying themselves soaking up the spring sunshine on the Central Square, taking in the views of the splendid linen hall and a wide array of historic facades.

Just around the corner is the oldest belfry in Belgium. Now recognised as a UNESCO World Heritage site, it was built to serve as a watchtower and still proudly symbolises this city.

The imposing cathedral with its five spires, a high point of Romanesque architecture, also has UNESCO recognition. However, I have come to this city in search of more worldly pleasures. A sign reading ‘amBushadeur’ and some splendid leaded glass windows entice me in to café Les 4 Saisons.

“People come to us to enjoy their degustation beer in peace and quiet,” says café manager Ludivine Ducoin while pouring a fresh Bush Ambrée.

The café is narrow and long with an arched ceiling; coming inside is a little like boarding a train carriage.

The walls are lined with ceramic images of the city. So after all, I do get to see the cathedral without any scaffolding.

I ask the staff if the local brewery is close to their hearts. “The father of Hugues Dubuisson, the owner of the brewery, is a regular here,” Ludivine answers. 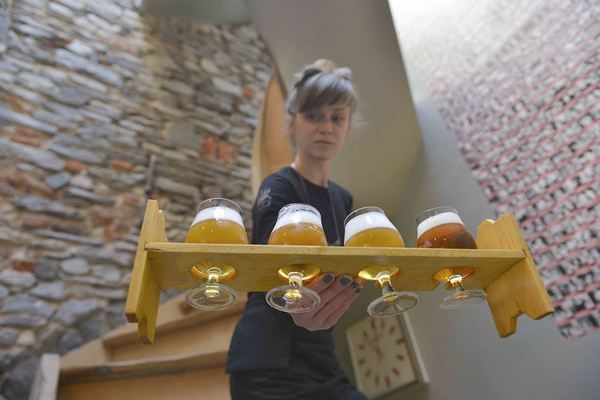 My next stop has a completely different atmosphere. Les Mille Paumés is for those in the know. This brown café is reminiscent of the 1970s. (A brown café is a neighbourhood bar, not unlike a British local pub.)

It has withstood the ravages of time but, who knows, it may always have had the lived-in look it presents today. The first thing I notice are the frescos on the walls.

The colours have faded with the passing of time and under the clouds of tobacco smoke; now banished forever.

In a little corner, a customer is recovering from overdoing it the night before. Several others are practising their quality control.

The Cuvée des Trolls is judged to be fine, but the next beer is pronounced even better. The fine-looking juke box is silent for now, perhaps so it doesn’t aggravate anyone’s hangover.

There’s something theatrical about all this. You swing open the door to a café such as this and you enter a completely different world with its own codes, its own regulars and beers.

This is where you would expect to find the playful Cuvée des Trolls. The characters depicted on the frescos are partying in a Burgundian way I wonder, have times changed? 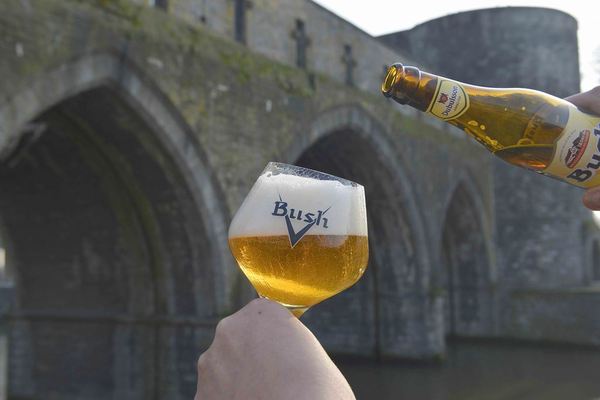 Going for a Stroll

The banks of the river Scheldt are a lovely spot for a stroll. Here you will find La Vie est Belge, a fresh-looking, fashionable café with a twin on the Central Square in Mons.

Here, the dark atmosphere of the brown café atmosphere has melted away; this café is bathed in light. Typical Belgian products take centre stage.

For example, your beer comes with a tiny stone cone containing frietjes (chips or French fries).

One customer orders a Pêche Mel Bush, another is after a Cuvée des Trolls – perhaps they’ll go to the lounge upstairs to chill out with their beers.

I follow the course of the river until I reach the Pont des Trous.

Built in the 13th century, it is one of the oldest military river bridges in the world and a showpiece of medieval defensive architecture.

At the time it formed part of the second tier of city walls, which had 18 gates in total.

The trous (holes) that gave the bridge its name are, in fact, elegant arches that could be raised to let ships through. We’ll say cheers to that.