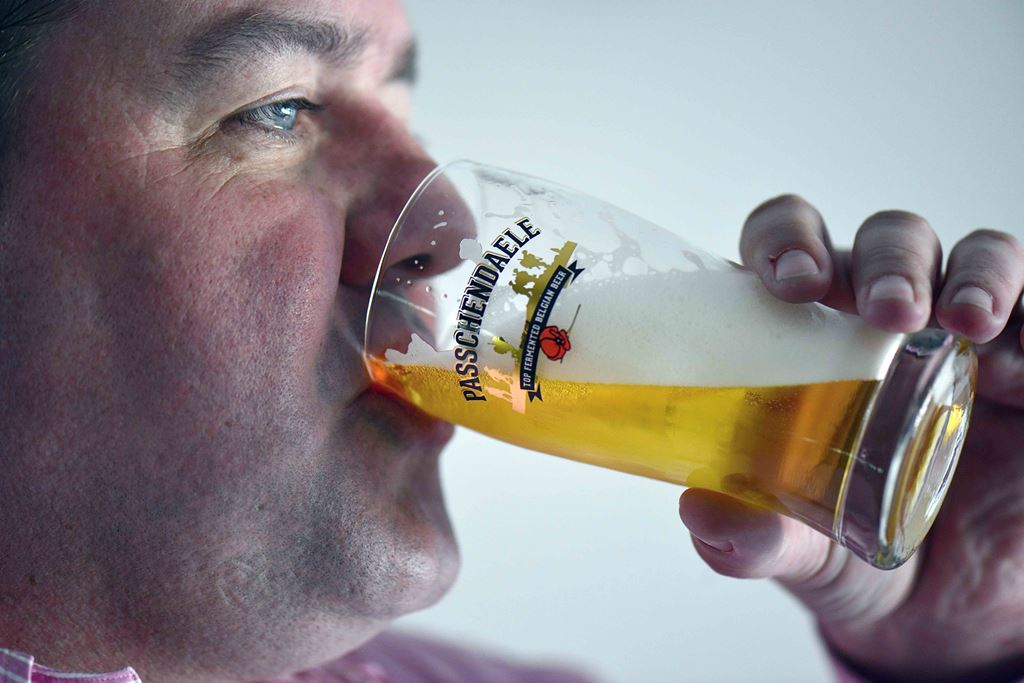 ZONNEBEKE/YPRES - Throughout the British Commonwealth, the name of Passendale is just as well-known as that of Ypres and Flanders Fields. This is where half a million soldiers lost their lives in World War I. This area is littered with military cemeteries such as Tyne Cot, still visited every day by family members honouring their ancestors who died on the battlefield.

To commemorate the 100th anniversary of the start of the Great War, the Van Honsebrouck brewery has opened the Passchendaele Pub on Passendale market square.

In close co-operation with the municipality of Zonnebeke, which incorporates Passendale, the brewery also developed Passchendaele beer, which was launched last year.

Part of the proceeds are donated to the community of Zonnebeke to help maintain the war monuments and to stage events such as the annual Anzac Day, held to commemorate the war casualties from Australia and New Zealand.

The beer bottle displays the poppy logo of the Passchendaele Society surrounded by the words ‘respect’, ‘remembrance’ and ‘revival’. 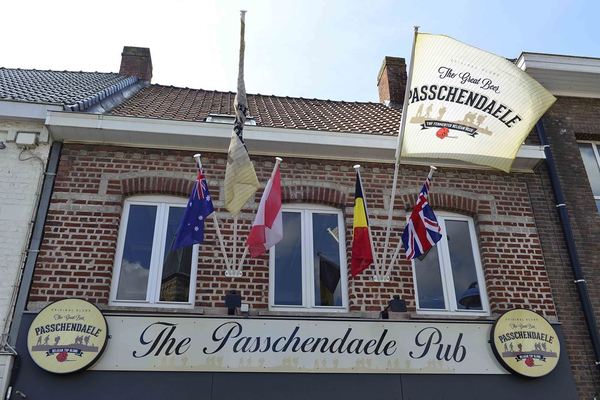 The Passchendaele Pub is centrally located in the market square, ‘under the church tower’ where you would expect a café to be. Owners Christine and Francis are practising their trade in a fully renovated, former private home, with a terrace both at the front and the back of the premises.

The Passchendaele Pub serves the full range of Van Honsebrouck beers. It goes without saying that this includes the Passchendaele beer, but on offer are also the Kasteel beers, the Saint-Louis fruit beers, Bacchus oudbruin and Brigand.

In the kitchen the emphasis is on the Tommy Tucker Menu, containing a vegetable broth, dished up in an enamel pot, followed by a typical English stew based on an authentic recipe and served in a mess tin.

Moreover, all dishes are cooked fresh on a daily basis and use seasonal produce. Those with a sweet tooth will drool at the thought of ice creams and pancakes.

On the walls, beautiful vintage black and white prints offer a memorable depiction of the Great War. There is a collection of books on WWI for you to leaf through and/or purchase. War memorabilia is also on display and in some cases, for sale. In addition, there is a small exhibition of objects found in the area: a shovel, a mess tin, helmets, bayonets and even a dismantled – and thus harmless – bomb. All of these help to take you back one hundred years in time.

The first floor is host to a small but well-equipped meeting room suitable for group visits.

The Passchendaele Pub adjoins the Ypres Salient car route (70km long). From here it is only a short trip to the Tyne Cot cemetery, the World War I Memorial in Zonnebeke or to visit the town of Ypres. 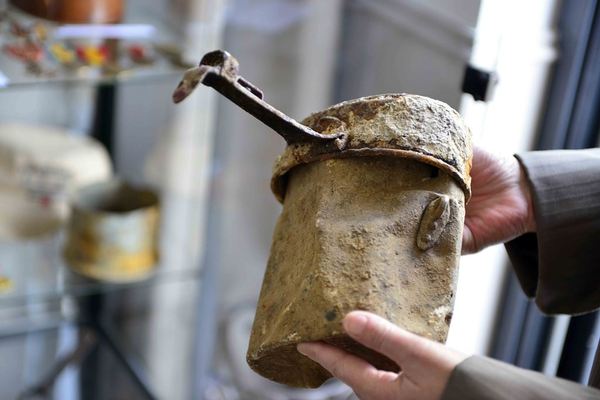 It took one and a half years to develop the Passchendaele beer. This thirst-quencher, like all other Pils styled beers, has a modest alcohol content (5.2% ABV). However, the Passchendaele has a surprisingly rich taste, more often associated with a top-fermented strong beer. Xavier Van Honsebrouck and his brewmaster Hans took on this particular challenge.

Xavier even entered into a bet with Professor Filip Delvaux, a lecturer in the art of brewing with Leuven University. It took dozens of test brews and tasting sessions before the unfiltered ‘Xavierke’ was finally ready.

This beer made an immediate impact thanks to its full and creamy taste that evolves into a slight fizz on the palate and finishes off with a mildly dry tang that makes your taste buds contract.

In the meantime, the ‘Xavierke’ has turned into a filtered blonde beer that now goes by the name of Passchendaele. This beer is marketed in a British style as it was primarily soldiers from Britain, Canada, Australia and New-Zealand who fought in the Battle of Passchendaele.

This beer is available in a bottle containing half a litre (an English pint), and on tap, where it can be enjoyed as a pint or half-pint. 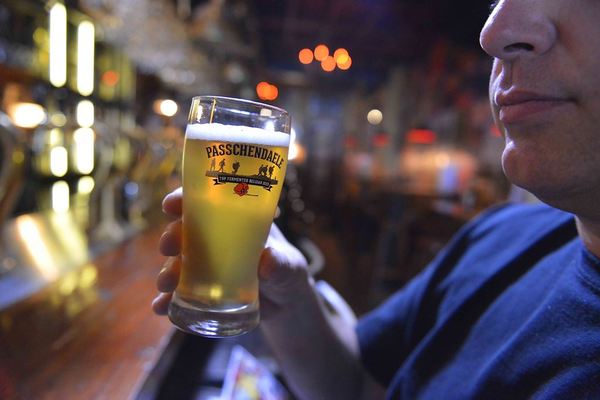 The Passchendaele beer was originally intended for distribution only in the previous war front-line regions of South West Flanders. However, the entire world took an interest with the result that this beer now enjoys worldwide distribution – and recognition.

Xavier Van Honsebrouck is adamant that the Passchendaele beer makes an important contribution to and adds value for exporters of Belgian specialty beers.

Most countries, wherever they are in the world, have a beer culture but very often this is limited to traditional pilsners and lagers.

Specialty beers offering a complex taste palate are unfamiliar to most of these beer drinkers. The Passchendaele allows traditional pils drinkers to discover a more complex taste range and so it makes a great introduction to Belgian specialty beer.

For group bookings and reservations: