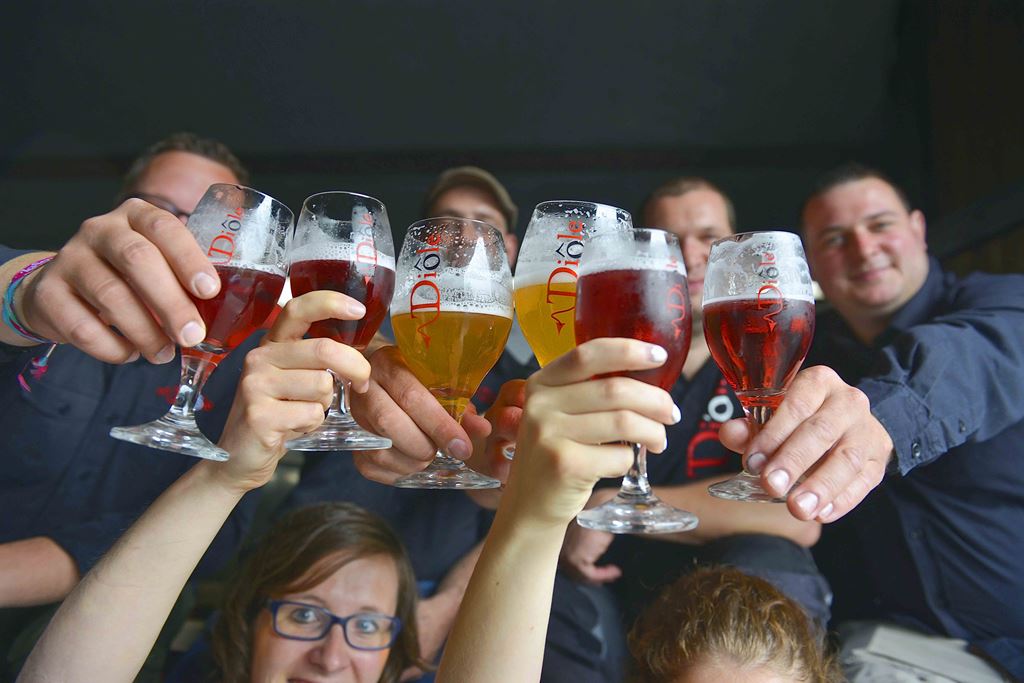 BASECLES - You may not have heard of this little village, halfway between Tournai and Mons. Its former quarries are now filled with water where the black marble that adorns Cologne Cathedral was once hewn; all traces of quarrying have vanished. Visit the Musée de la Pierre et du Marbre on the market square to gain an insight into this once-flourishing industry.

If you visit this small village on the the first Sunday in September you will find that this usually quiet place is buzzing and bubbling; this is thanks to the local microbrewery, Brasserie des Carrières. The name of this brewery – Carrière, is French for quarry – and is already set in stone.

It was set up by best mates Julien Slabbinck and François Amorison, who are brewing at a site located between two former quarries. However, the brewery itself is housed in a former… sawmill. Whereas François’ everyday life involves managing the sawmills owned by his family, Julien is in charge of quality at the nearby Beloeil maltings, known for their specialty malts.

So, every first Sunday in September, Basècles is all about partying. The brewery's popular Diôle beer lubricates thirsty throats and plates are heaped with freshly grilled ham and frites. A band adds to the atmosphere and ‘little terrors’ are unleashed on bouncy castles. 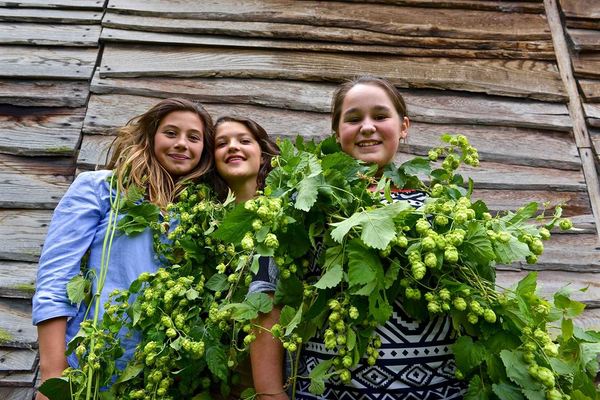 The village gathered at the end of September last year too, for the annual hop harvest and it certainly was all hands to the pumps. The hop field, right next to the brewery, was picked clean in no time at all. “Our Cuvée Basèque 2016 beer is brewed with fresh hop cones,” François reveals.

“Everybody helped with the picking. We bottled the beer and it is to be launched at the time of the carnival this spring (2017). It will be on sale for a number of weeks after that, but when it runs out, that will be it."

For thirsty villagers who helped with the hop harvest last September this required more patience than they could muster. Full of abandon, they lavished themselves on Diôle Ambrée, Blonde, Brune and/or Diôle Rouge; a new fruit beer that makes for an excellent thirst-quencher. “They are very keen on their Diôle here,” Julien laughs. “Mouth-to-mouth advertising works like a dream.”

The brewers’ are very fond of their village. The brewing barley is grown by local farmers, the malt comes from the nearby maltings and the hop, as mentioned, is harvested from the brewery’s own hop field.

And a cheese maker is now crafting a cheese using the local beer. 85 per cent of the beer produced by Brasserie des Carrières is sold within a 30-kilometre radius. Exports are growing gradually too. Northern France, the Netherlands and Norway head up the list. Brasserie des Carrières is brewing around 2,500 hectolitres per annum and plans to increase this volume by 800 hectolitres each year. 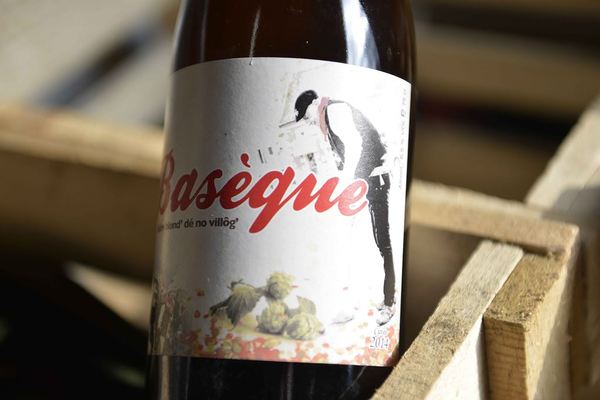 A heart for wood

Leaving the brewery and Basècles behind** my heart now turns to stone ('pun intended') and I take some time to go and enjoy a Diôle Blonde in the cosy St-Géry tavern in nearby Aubechies. I marvel at the walls which are covered in vintage enamel signs, providing an overview of Belgian beer history.

Has time really stood still down here? When I am gazing around the village square with its tiny Romanesque church opposite the tavern, I may be forgiven for thinking so.

The beer, freshly tapped with a skillful hand, lands me with both feet in the here and now.

There is however one more secret left for me to discover. Where do the wooden beer crates used by this Brasserie come from?

The answer to my question is provided by a workshop that provides employment opportunities to those with learning difficulties.

In the workshop, crates are assembled using poplar wood. Julien and François might just as well have named their brewery Brasserie du Bois (French for wood). But in Basècles they like to build their dreams out of stone. For all eternity? Hopefully so... 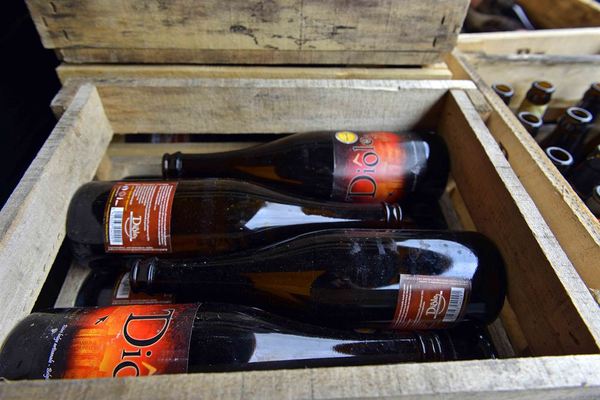