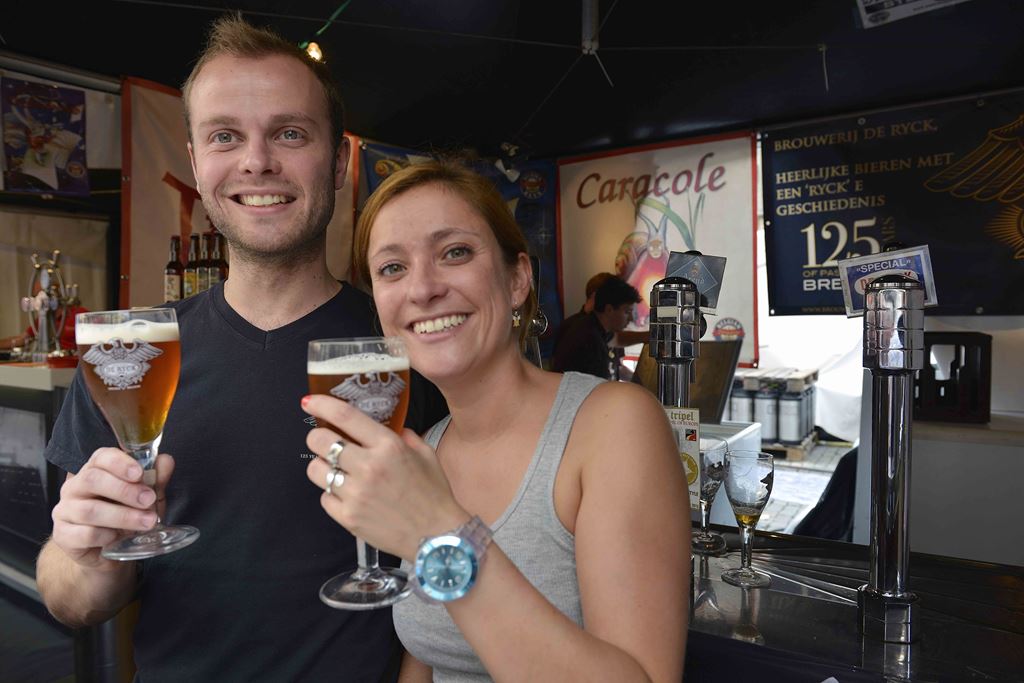 BRUSSELS - Thousands of tourists throng together at Brussels’ Grote Markt/Grand Place, one of the most beautiful squares in the world. The flamboyant city hall that dwarfs the surrounding buildings is reminiscent of the late Middle Ages. Surrounded by stately mansions that were once owned by the guilds, this famous square forms a perfect theatrical backdrop for exhibitions, concerts and festivals.

Today the scene is set to celebrate another icon just as famous: Belgian beer. It is far from a coincidence that brewers choose the Grote Markt to have their annual celebration in early September.

The explanation is simple. They feel at home here as, for centuries, their permanent home has been the Brewers' House, a building inherited from the medieval brewers’ guild.

Today it houses the Belgian Brewers brewing federation. Its members are large and medium-sized breweries who account for the lion’s share of Belgian beer production.

A clarion call sounds out. The arrival of the brewers is imminent. The ceremony commences with the celebration of Saint Arnold, the patron saint of brewers. Visit a Belgian brewery and more often than not, you will come across his statue, often on display in the brewing hall. The beer is now consecrated in Brussels Cathedral. 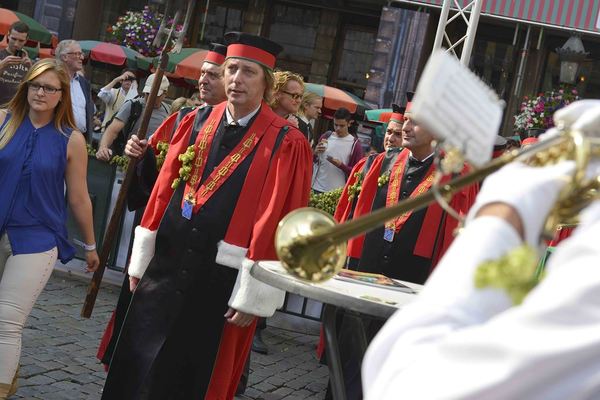 Following these rituals, the brewers, adorned with the full regalia of the Knights of the Brewer's Mash Staff, proceed to Brussels City Hall for the investiture of new Knights and Honorary Knights of the Order of the Brewer's Mash Staff. At the entrance of the gothic hall, drums are beating and clarions are sounding to announce the procession of the brewers. Icons need to be treated with care. Beer is now written with a capital B.

In his introductory speech the President of the Belgian Brewers, Jean-Louis Van de Perre, underlines the importance of the beer sector to the economy.

Besides numbers and balance sheets, he is emphasising the uniqueness of Belgian beer culture. This past year has seen a proposal submitted to UNESCO to include this culture in its listing of immaterial World Heritage.

By nature, Belgian brewers are rather modest and don’t often sing their own praises. Their main obsession is the quality of their own produce.

Now and again they allow themselves a modicum of pride in their product, which is after all, popular around the globe. This is the approach taken by the large-scale advertising campaign ‘Fier op ons bier’ launched recently by the Belgian Brewers.

The aim: to fill the Belgians with pride in their beer that is scoring highly all around the world. The importance of exports cannot be underestimated with over sixty percent of beer produced in Belgium going abroad.

A gathering of ‘Belgian beer ambassadors’ is knighted. Honoraries include importers and distributors from a range of countries as well as hospitality professionals amongst whom the manager of a luxury hotel at Los Angeles airport, where you find yourself in beer heaven.

And now it is time for the real stars to take the stage: Chris Lively of Ebenezer’s Pub & Restaurant in Maine (USA), Cécile Delorme of the Brewberry beer café in Paris.

Last but not least there's also Tina (China), who introduced Belgian beers in her beer café in Nanjing. All three are appointed Honorary Knights of the Mashing Stick for the role they played in the ‘Fier op ons bier’ commercials in which they promote Belgian beer in their own personal way to a Belgian audience. 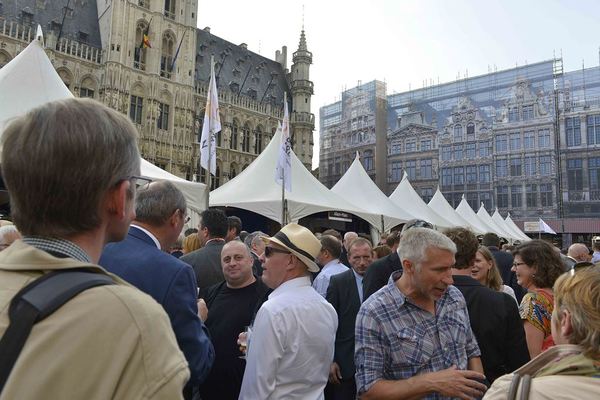 After the ceremony I hastily make my way outside. The brewers are opening the beer festival. For two hours I amble around the square, popping into the stands of various - and numerous - brewers: Omer Vander Ghinste, Van Honsebrouck, Duvel-Moortgat, Bockor, Bosteels, Silly, Timmermans, St.Bernardus, Dubuisson, St.Feuillien, Roman, Palm, Haacht, De Brabandere and De Halve Maan.

“What can I get you?” is the unvarying question from the brewer. Fortunately I have arrived by train but I do need to draw the line between tasting and drinking.

The great variety of beers on offer is always impressive. There is plenty of choice at every stand. And there is always a beer style that you haven’t tasted yet.

You may come across an unpasteurised amber beer or a ‘foeder beer’, a new stout or saison, a new beer yet to be named of which you are allowed a taste. And as always, there are the classics.

You will meet icons from the world of the Trappists, the Flemish red-brown beers, lambic and gueuze, large and small, all brothers united under the banner of Belgian beer. “So, did you have a good summer?” “We can’t complain”, is how the brewer usually responds but with a grin on his face.

Far be it from them to shout from the rooftops, but the healthy and dynamic Belgian beer sector would indicate that brewers are doing well. And we say 'Cheers to that'. 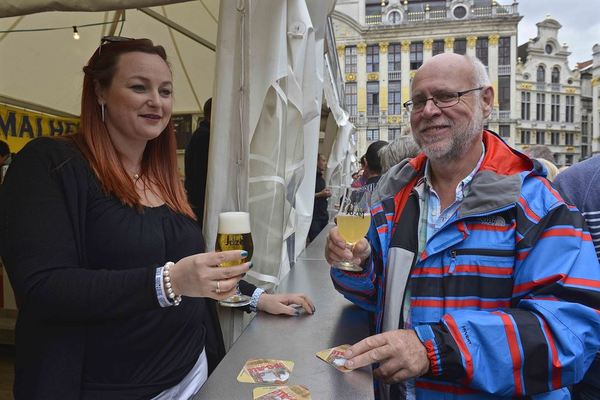