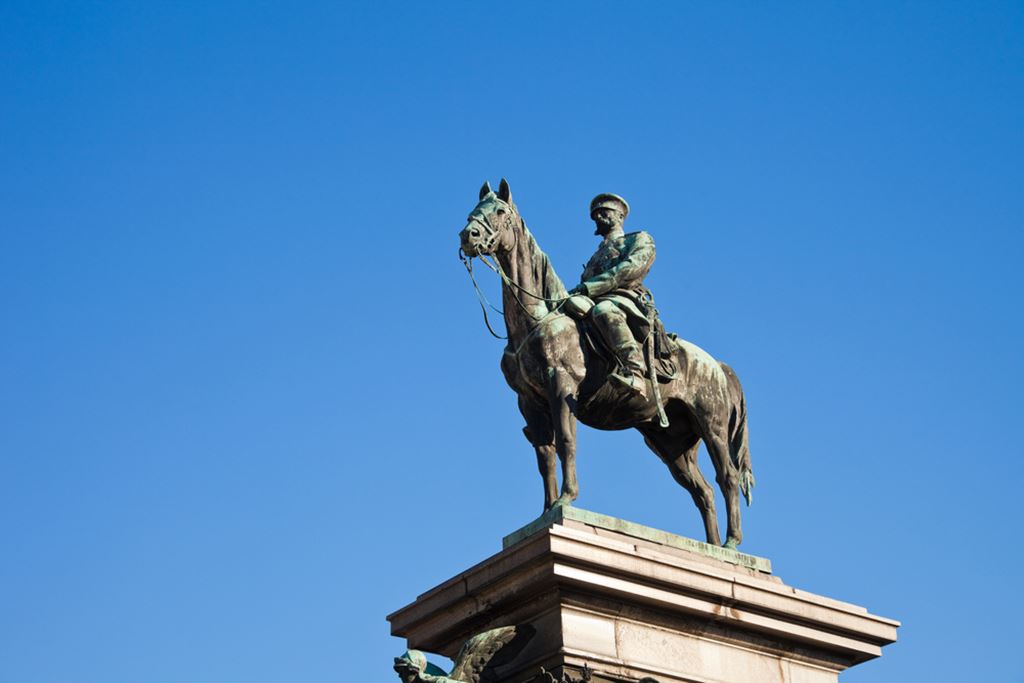 YPRES - By the 1870s the once-all-powerful Ottoman Empire was crumbling. For centuries the Muslim Turks had ruled their subject Christian states with an iron fist and after the subject states began to show signs of unrest, no mercy was shown.

On numerous occasions Russia had intervened, ostensively on behalf of its Christian brothers and sisters and in 1878 scored a decisive victory in a war against Turkey.

An ulterior motive of Russia was that it was very anxious to gain access to the Mediterranean Sea from its Black Sea ports and at the subsequent Treaty of San Stefano, Russian influence was expanded throughout the Balkan region.

Otto von Bismarck called a Congress in Berlin where the Treaty of San Stefano was considered. The European powers felt that Russia was quite strong enough already and as a result Russia came away feeling cheated. After finally defeating the Turks it was Austria rather than Russia that got the territorial gains. The festering resentment was to bode ill for the future.

Russia was still anxious to increase its territory and began to look south towards Turkistan and Samarqand. Britain saw this as a threat to its Indian Empire and sent troops to occupy Kabul, leading to the start of the “Second Afghan War”.

Meanwhile in Russia there were growing signs of political unrest. A member of a radical youth group known as “Land and Liberty” sought revenge for the beating that one of her radical friends had received in prison and she shot and wounded the military governor of St Petersburg.

She was subsequently tried by jury, but when the jury failed to convict her the government promptly ended all jury trials for people charged with politically motivated crimes. It also stepped up arrest and exile of persons suspected of supporting terrorism. 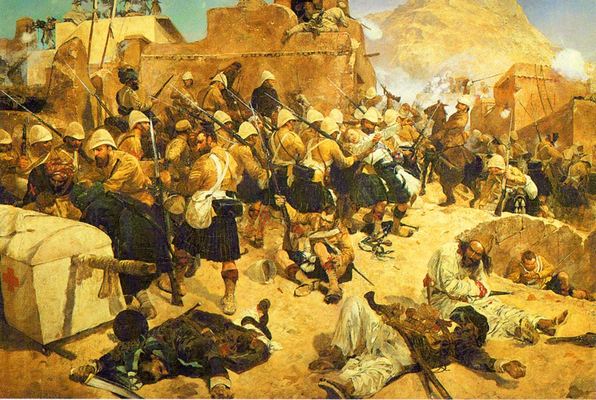 In Russia it was the Tsar who was the government. Only he could make laws and although there was a State Council, it was only advisory. There was no representative legislative assembly and government ministers, as well as the State Council, reported directly to the Tsar, who in all cases was not bound to take anyone’s advice. He was all powerful.

Essential to the maintenance of the system was a strong police force, together with a dreaded secret police known as the Okhrana. Citizens’ rights and liberties were entirely regulated by the police and through an internal passport system the movements of everyone in Russia was effectively under police control.

This did not prevent unrest and in 1879 St Petersburg saw its first significant strike by industrial workers. Tsar Alexander II was a constant target for assassination.

In 1880 the radicle group “Will of the People” made yet another attempt. This time the dining room of the royal palace was blown up. Although Alexander was unharmed, the explosion killed eleven people and wounded a further fifty-six. Most members of “Will of the People” were arrested, but the following year one of its remaining members achieved the desired success and Alexander II was finally assassinated.

His son, Alexander III drew no distinction between terrorists and peaceful activists. Censorship was tightened and writers or publishers with liberal views became particular targets. Alexander was also violently anti-Semitic and pogroms spread across the empire causing a widespread exodus of Jewish people seeking refuge in other countries. 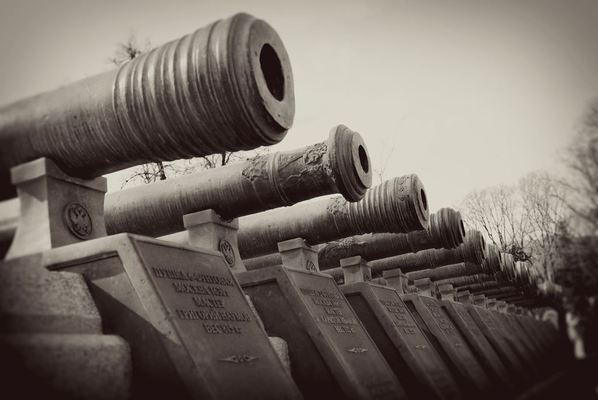 Meanwhile in Egypt there was a nationalist revolt against Ottoman rule. Britain was anxious to safeguard the Suez Canal and together with France, sided with the Turks. The Egyptian army was defeated at the Battle of Tell al-Kabir and British troops stayed in Egypt, ostensibly to protect the Egyptian Christians.

Further afield the 1880s saw the European states taking part in a scramble for territorial gains in the parts of Africa that had not already been occupied . In 1885 there was a meeting in Berlin to come to an agreement regarding who was to get what.

The result was that King Leopold II of Belgium was given control of the Congo, while Germany acquired what is now Tanzania as a protectorate. Britain annexed what is now Botswana and approved Germany’s position in South-West Africa and the interior of Cameroon.

France colonised Central Africa and established a little colony in Madagascar. In 1886 Britain and Germany came to an agreement regarding the border between German East Africa and Rhodesia, with Germany recognising Britain’s claim to Zanzibar. That left just a few more bits of tidying up to do and in 1889 the Ivory Coast became a French protectorate, with France and Britain coming to an agreement on their respective spheres of influence on the Gold Coast and the Senegal and Gambia rivers.

By mutual agreement, with no reference to the indigenous populations, Africa had now effectively been divided up between a group of European powers. 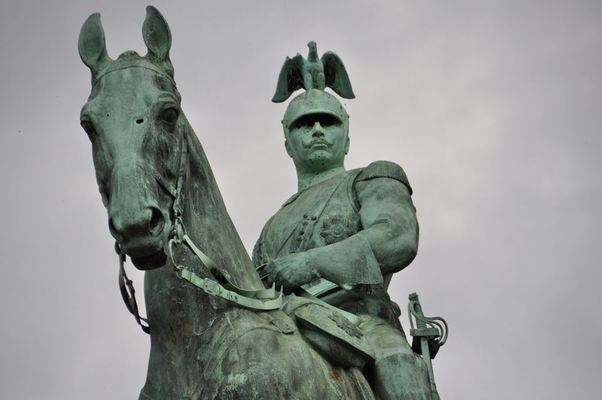 Death of a Kaiser

Meanwhile in Germany 1885 had seen the death of Kaiser Wilhelm II. He was succeeded by his son, Friederich III, who was terminally ill with throat cancer and only reigned for 99 days. Friederich’s 29-year-old son Wilhelm III became Emperor.

Wilhelm’s mother was Queen Victoria’s eldest daughter, so he was half English. Although he craved the acceptance of his English grandmother and her family, most of his British relatives found him arrogant and obnoxious.

Wilhelm had long been a great admirer of Bismarck, a dominant figure in the foundation of the Empire. However, the two soon fell out with each other. During the reign of Wilhelm II, Bismarck had effectively ruled the country, but his grandson made it clear that he had come to the throne determined to rule as well as to reign.

Wilhelm opposed Bismarck’s careful foreign policy that had created stability in Europe, favouring a more vigorous approach that would project German interests. The final break came after Bismarck attempted to block some far-reaching social reforms that Wilhelm was particularly keen to see implemented.When Bismarck resigned in early 1890, alarm bells began to ring in all the European corridors of power.

Politicians realised that without the stabilising influence of Bismarck, Germany now had an impetuous young Emperor at the helm who was determined to set Germany on a new course and nobody knew where the course would lead. 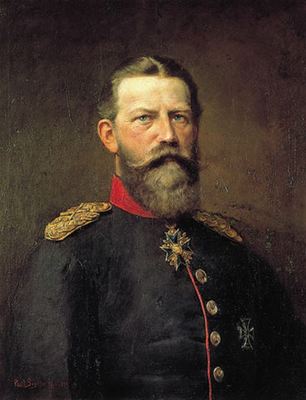