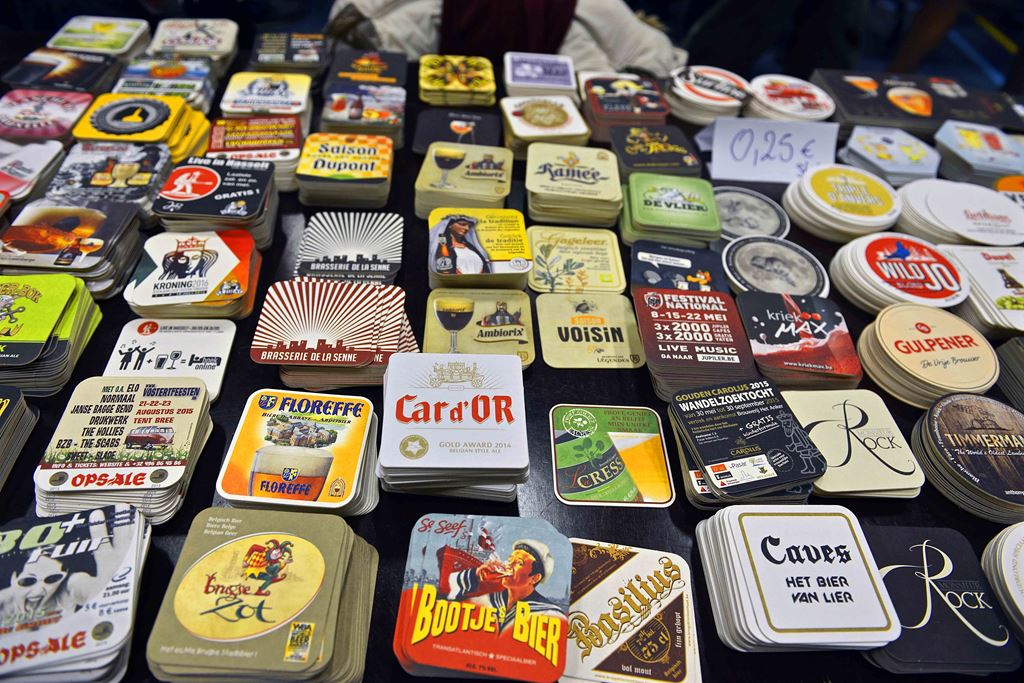 HOEGAARDEN - Saturday morning. I am entering the car park of sports hall De Struysvogel in Hoegaarden. There are plenty of cars already and between them, blankets are spread out, covered in a wide array of beer glasses, a rusty enamel sign, a handful of bottle caps and a display of beer mugs.

Taking a glimpse through an open car door, I spot a collection of vintage enamel signs on the back seat.

Collectors are busy negotiating a swap but the real work here is done inside the sports hall.

I am wading into a sea of beer mats, bottles, posters, bottle caps and promotional materials from times gone by.

Collectors are browsing stationery from breweries that have long since disappeared.

Some collectors cast their net far and wide whereas others are on the hunt for specific items: beer glasses, beer mats, labels or bottle caps, often narrowed down by region or brewery.

The breweries themselves are not involved in any of the ‘trading’ that is going on. On the contrary, the brewers used to dump all of their ‘old rubbish’ whereas nowadays, these vintage brewery items are often hard to track down and can be worth quite a bit.

Just look up some items on eBay or Catawiki. 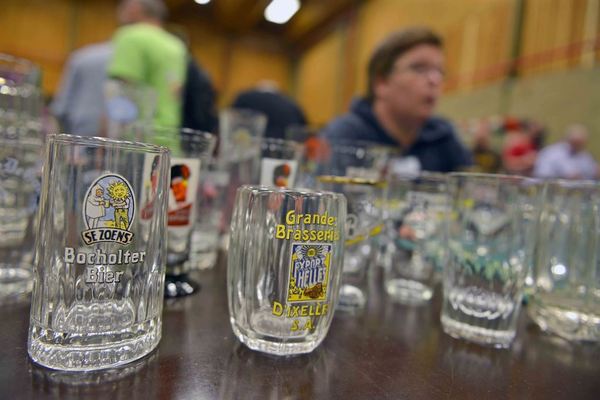 For over 20 years, Patrick Kempeneers has been collecting vintage beer glasses. He specialises in pre-war, acid-treated glasses.

“The oldest glasses in my collection are from the defunct breweries of De Ridder from Deurne near Antwerp and Chevalier Marin in Mechelen."

"They go back all the way to the end of the 19th century,” Patrick tells us.

“In those days, beer glasses were just like wine glasses.” For him, the collection bug started with Brouwerij Hoegaarden.

Just like most genuine collectors, Patrick will swap items from his collection if he has more than one, so he can add to his collection on a regular basis.

Nevertheless, plenty of money is changing hands in the beer collectors’ universe. A pre-war Moortgat beer glass turns out to be worth 250 euros.

The prized pieces in Patrick’s glass collection are displayed at home in a secure, glass-fronted cabinet. The remaining drinking vessels are safely stored in boxes. 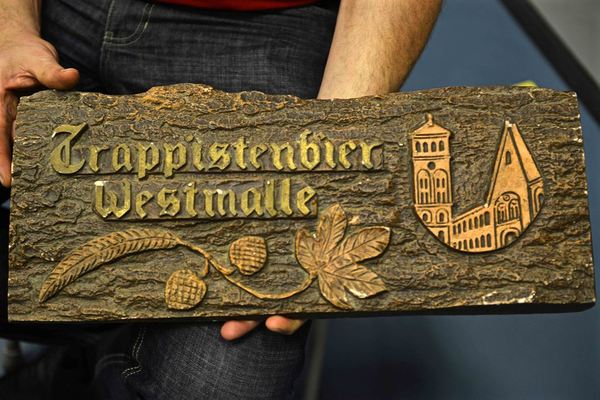 Worth their Weight in Gold

The world of collecting is a small one. Belgian collectors are on first-name terms with those from abroad and they know exactly who is looking for what. Ludwig Decaluwé has been part of this world for a quarter of a century.

“My daughter started collecting beer mats,” he says with a smile. “The collecting bug took hold of me soon after. Ever since, my aim has been to collect at least one single item from every Belgian brewery; from paperwork, to a beer mat or a glass...

The entire collection is properly filed by brewery name and by the name of the town or community. Place of origin is important too, quite often you come across a brewery with the same name but originating from a different area.”

So, what spurs on the collector? “I am not doing it for the money,” is Ludwig’s response. “I have quite a few labels that don’t have any value. My primary interest is the history of the breweries. And I like to meet other collectors and swap items.”

The sky is the limit... a brewer recently told me that the original leaded windows from his brewery were offered for sale for no less than … €30,000 euros. 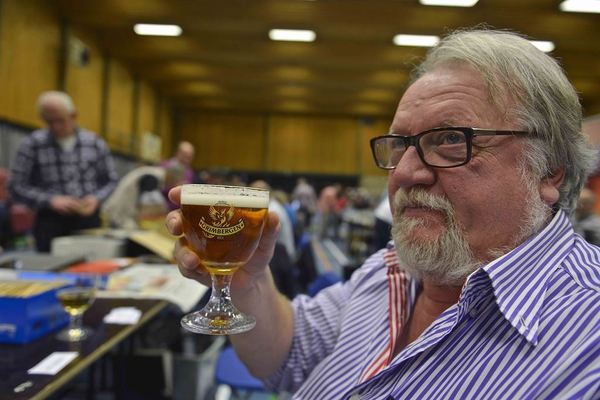 The Hoegaarden collectors’ and exchange fair is one of the largest in Belgium and is held every year during the first weekend in November. It was set up by the Gambrinus collectors’ society.

Gambrinus was founded in 1978 and held its first fair in the city of Leuven.

The organisation acquired official status in 1986. Gambrinus is now organising four fairs a year with the emphasis on swapping collectable items.

The club magazine features the latest news on labels, bottle caps, beer glasses and beer mats and provides the reader with information about new breweries.

The Gambrinus association numbers some 600, including some from abroad. The association is in regular contact with similar clubs outside Belgium. The collecting bug knows no borders. 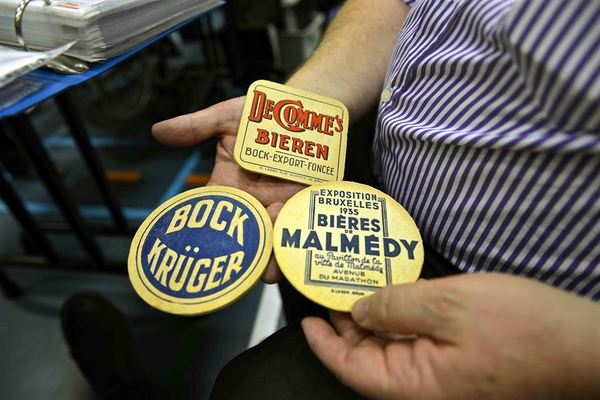