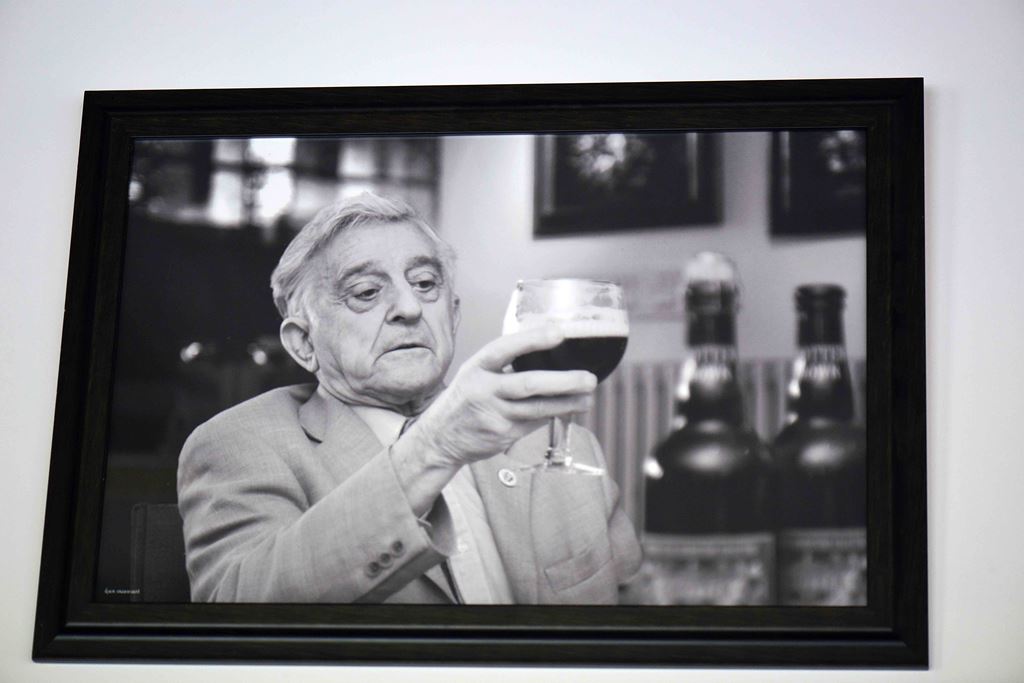 How do you start off a page about Belgian beer icons? First and foremost, by apologising to all those you have neglected to mention; and second, by only paying attention to people with proven references from our rich past.

Take Pierre Celis for example. This milkman from Hoegaarden in Flemish Brabant put white beer – which had become extinct – back on the map.

He was taught how to brew and was in at the birth of the Hoegaarden brand that now enjoys a world-wide recognition.

Pierre Celis was brave enough to go against the flow at a time when economies of scale were felt to be all-important. In later years he sold the Hoegaarden brand to AB Inbev. Pierre then introduced the unfiltered Celis White “witbier” to the USA.

This was long before the birth of the current dynamic craft brewers’ scene at a time when unfiltered beers were still likely to cause a small revolution.

From Trappists to Chefs 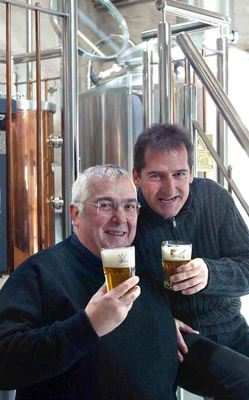 Chris Bauweraerts makes no secret of his admiration for Pierre Celis. Chris took inspiration from Pierre’s story when he was starting up Brasserie d’Achouffe. If you happen to get a taste of coriander in the blonde La Chouffe, it is all thanks to the tradition of spicy white beers like Hoegaarden.

In tandem with Pierre Gobron, now the brewer at Les 3 Fourquets (creators of strong blonde ale Lupulus), Chris started up Brasserie d’Achouffe in the Ardennes. It turned out to be the ideal pairing of a great salesman and born storyteller with a skilled brewer.

It took 25 years for this Belgian brewers’ dream to turn into reality. La Chouffe has now conquered the world. An entire back story was built around the beers, with the gnome emblem taking pride of place.

Both the beer and the story woven around it have caught on. Brasserie d’Achouffe was acquired by Duvel-Moortgat in 2006. In 2014 the brewery produced an annual volume of 12 million litres, a large part of which is exported.

Another icon is Jean-Marie Rock, former brewer for Orval. He has been succeeded by Anne-Françoise Pypaert who used to be his right hand woman. Jean-Marie put years of work into improving the quality of this famous Trappist beer, which is unique thanks to the addition of wild yeasts. In spite of his age he is still brewing.

Plenty of women have carved out their place in the brewing world to become a match for any male brewer.

Rosa Merckx set the trend while wielding the mashing stick at the Liefmans brewery in Oudenaarde for 30 years.

Her signature is on the paper wrapping of the Liefmans Goudenband and Cuvée Brut and so it should be. Mrs Merckx perfected the taste of the current Liefmans beers and fine-tuned their recipes. At the time she was unique: the only female brewer in a trade that was almost exclusively male. Rosa broke the mould and inspired a host of other female brewers. Nowadays there are female head brewers at breweries including Urthel, De Rycke, Val-Dieu, Dilewyns and Orval.

We also have to mention an honorary Belgian Beer Icon. The late Michael Jackson, and we are not talking about the American singer but the British connoisseur of beer and whisky, discovered the world of Belgian beers and promoted it at every opportunity through his many publications.

He undoubtedly contributed to the success that Belgian beers are now enjoying all over the world.

Beer chef Stefan Couttenye of ’t Hommelhof in Watou is a pioneer of the Belgian beer kitchen. He was already promoting beer for use in gastronomy at a time when brewers eating in a restaurant always ordered a glass of wine.

Luckily the tide has turned and Stefan is now held in high regard. This indefatigable ambassador of Belgian beers has received his due reward and has been appointed a member of the Order of 33 Master Chefs of Belgium. 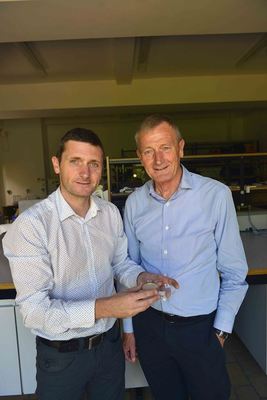 A less well-known icon is Father Atout. It was he who developed the recipe for the Maredsous abbey beers, as he felt it was important that the pilgrims were served a beverage other than water when visiting the abbey. Subsequently Father Théodore fine-tuned the recipe for the Chimay Trappist beers in co-operation with Louvain beer professor Jean De Clerck.

Chimay has grown into one of the most popular Belgian Trappist beer and is also an important export product.

By the way, the link between brewers and the world of academia is long-established. There has been an intensive collaboration for many years.

Just one example is the preservation of yeast strains in university labs. Professors Freddy and Filip Delvaux established a yeast bank that now contains over 300 varieties.

Dad Freddy is recognised as “the best nose in Belgium”. He was brewmaster at Stella-Artois for 20 years and then joined Louvain University, where he worked as a beer Professor at the agricultural faculty for another 20 years. His son Filip has followed in his footsteps. Filip’s doctorate was on white beers and he worked with Freddy to turn the university lab into a beer centre.

Also, together they have established the De Kroon brewery, where they brew three beers under their own names and experiment with various yeast strains on behalf of a number of brewers.

The final name on the list is that of hop professor Denis De Keukeleire of Ghent University.

This chemistry PhD is a frequent lecturer at the University of Sao Paulo in Brazil as well as a published writer and media personality. Professor De Keukeleire established his reputation by publishing a paper on the influence of light on beer.

He travels around the world to share his knowledge of hops and has helped to develop nutritional supplements based on ingredients sourced from hop.