The city of Antwerp is the capital of Flanders but it is also the current capital of the diamond industry, being home to around 1,500 diamond firms, the largest concentration in the world. These businesses include rough diamond producers and dealers, manufacturers and polished diamond wholesalers.

As soon as you get of the train you will be see dozens of diamond shops and jewellers all located very nearby in the city's diamond quarter, which is right outside the beautiful Central Station. The world’s two largest diamond banks have their headquarters in the city too, also within the diamond quarter.

“Cut in Antwerp” is still an internationally recognised quality label when we’re talking 'bling', and the city’s strong affiliation with diamonds goes back centuries.

Diamonds are indeed, one of Belgium's best friends and how deep the love goes is clearly exhibited in the diamond museums of the famous, medieval cities of Antwerp and Bruges.

If you are tempted to put theory into practice be sure to look for a quality jeweler and get the best possible advice on what promises to be a quite substantial purchase as well as the ultimate Belgian souvenir. 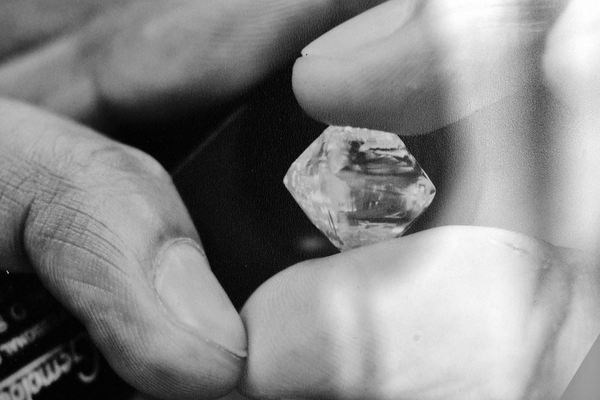 Diamonds were first discovered in India and Alexander the Great was the first to bring them to Europe in 327 BC. In 1725 miners panning for gold in Brazil came across what they described as “curious pebbles”, which turned out to be diamonds.

The first alluvial diamonds (stones which have been washed out of the rocks which originally held them) were discovered in South Africa in 1859. Ten years later mining began in the hard rock sources from which these river bed gems had sprung.

Today, in addition to South Africa, diamonds are mined in Botswana, Namibia, Angola, the Democratic Republic of Congo, Russia and Australia.

A peculiarity of the diamond industry is the remarkable geographic concentration of the trade in gem quality diamonds; both the wholesale and diamond cutting businesses are limited to just a few locations.

Diamonds are actually the world’s hardest known natural substance and can only be cut by another diamond. As they are composed of carbon they will burn if heated to a bright red. They occur naturally, but are extremely rare compared to other minerals. It is thought that they are formed deep inside the Earth in conditions of extreme heat and pressure and volcanic eruptions later bring them to the surface.

After the softer volcanic rock has eroded, the diamonds are often found in alluvial deposits. 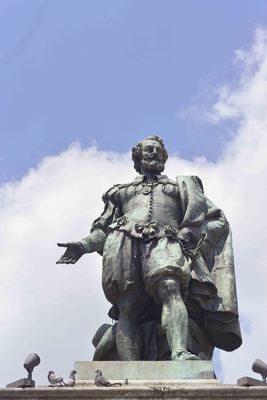 There are of course other large diamond centres, such as the Indian cities of Mumbai and Surat. Israel is another trade centre and mainly supplies the North American market, while Dubai is the regional diamond distributor for the Middle East.

Nevertheless, for well over 500 years the city of Antwerp and the diamond industry have been synonymous and in spite of competition from centres in the developing world its commercial future seems secure.

The reason for Antwerp’s significance to the diamond trade is interesting. The stones originally come from India and as long ago as the time of the Roman Empire a flourishing trade in diamonds between eastern Asia and Europe was established.

An important city on this trade route was Venice and as a result the Italian city state became the most important mercantile city in the western world. Venice had the monopoly of the diamond trade, sending the gems on their way to the rich markets of southern Germany. At the far end of this route was Bruges, which gradually developed into the pre-eminent diamond-cutting centre. At that time Bruges was an important port, but the river which gave it access to the sea began to silt up and the city’s fortunes began to decline.

Antwerp was the beneficiary, with many of Bruges’s economic interests shifting to its port where newer and better communication and exchange facilities were developed.

Before long Antwerp was the commercial hub for the whole of Europe; approximately 40% of world trade passed through the port, including the most valuable trade of all.

But the rival city of Amsterdam, with its religious and civil liberties, was a rising star as a trading centre. By the end of the 17th century the Dutch capital had taken much of Antwerp’s trade and had a near monopoly in the diamond industry.

Amsterdam supplied Antwerp with diamonds, but kept the best ones for its own diamond cutters. But the skilful craftsmen of Antwerp were able to use this to their advantage by transforming these apparently small and mediocre stones into finely worked finished gems. 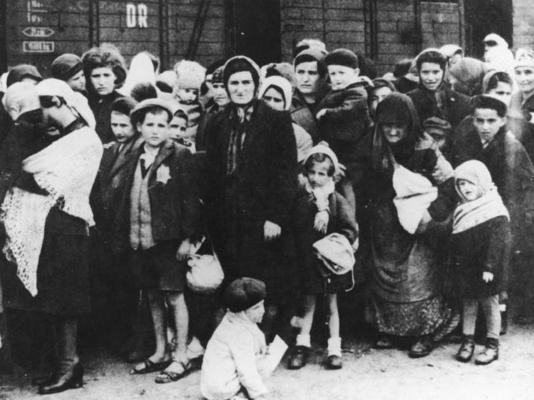 In the 1860s, after the start of diamond mining in South Africa, there was a huge influx of rough diamonds into Europe. Many of these came to Antwerp and it only took a few months for the diamond trade in the city to rise back towards its pre-eminent position.

This revival in production created an even greater demand for gemstones, but it was a fragile business. The Great Depression of the 1930s saw a serious decline in the Antwerp diamond trade, forcing many cutting shops to close.

Things took a turn for the worse with the outbreak of World War II in 1939. Many of the diamond industry’s leading figures were Jewish and large numbers of diamond traders and craftsmen fled to the United States, Portugal or the UK.

In an attempt to save as much as possible of their existing stock and prevent it from falling into German hands, the 500 dealers who had fled to London transferred their diamonds there. An agreement was made with the British government to keep them safe for the duration of the war and to return them to Antwerp once hostilities were over. Tragically, many of these traders did not manage to get away in time and the first anti-Jewish measures were introduced soon after the German invasion.

Although between 1942 and 1945 about 800 Jews were sheltered safely in the city of Antwerp alone, figures indicate that during that time around 30,000 Belgian Jews perished.

Despite the Nazi's thorough efforts to destroy an entire community as well as the city's inhabitants' brave actions to harbour their Jewish fellow citizens half a millennium of tradition wasn't erased.

Nore the horrors of war nore the massive loss in life could break the trading spirit and the city proved its resilience as it was only a matter of time before Antwerp’s blooming diamond trade would rise again... 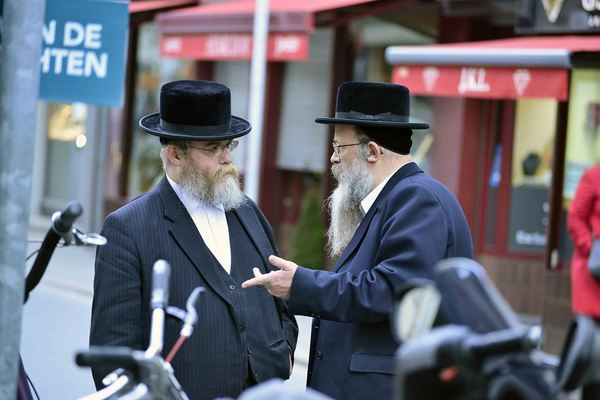 It is said that what New York is to the world’s money markets, Antwerp is to the global diamond trade. Antwerp is also the centre of the secondary or rough diamond market. Diamond merchants from all over the world visit Antwerp, often on a monthly basis. For most people, the diamond trade means De Beers.

The mines owned by De Beers and its subsidiary companies are responsible for 40% of annual world diamond production and Antwerp has the largest concentration of De Beers clients.

The Diamond Trade Company, which is the distribution arm of De Beers, sorts and distributes 45% of the world’s supply and much of the remainder ends up in Antwerp too.

More than 50% of global production of rough, polished, cut and industrial diamonds passes through Antwerp. Around 80% of the world’s rough diamonds are handled in Antwerp generating an annual turnover of some €30 billion. The most valuable diamonds are usually cut in Antwerp, but as the economy globalises Antwerp remains a nerve centre with much of the actual diamonds shipped out to other, cheaper locations. Rough diamonds are first sorted and graded, before being dispatched from Antwerp to cutting plants around the globe.

They will then return as polished diamonds when they are classified again, according to the “Four Cs”: cut, clarity, colour and carat weight. They will then be sold to the jewellery markets, generally through wholesalers.

Antwerp is home to hundreds of wholesale offices dealing in polished diamonds and of the four diamond exchanges in the city, three primarily serve the polished diamond trade. It will come as no surprise that this close to the raw material there are many diamond retailers and jewellers in and around the city to tempt diamond fans. 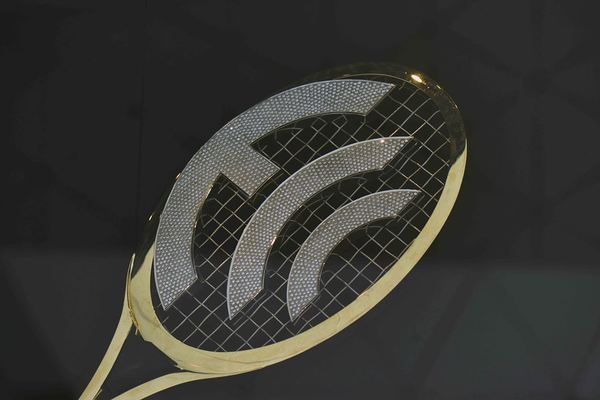 The sorting of rough diamonds is based on their shape, size, colour, cuttability and quality. The weight of a diamond is measured in carats, with one carat being the equivalent of 0.2 grams. These carats are not the same as the measure of purity use for gold, which Americans spell with a K to avoid this confusion. After it has been cut and polished, a one-carat diamond will measure about 6.5 millimetres across.

Large diamonds are extremely rare and therefore extremely valuable. To take one well known example, the Koo-i-Noor, which sits proudly in the British crown, is a 105.6 carat diamond.

One of the legendary stones of the Antwerp industry is the 137.27 carat Florentine Diamond, which was cut and polished by the great Flemish jeweller Lodewyk van Berken for its owner Charles the Bold, Duke of Burgundy. If you fancy tracking it down, it’s believed to have been recut and sold in America after World War I.

When it comes to colour the perfect diamond is purely transparent, or white, and the colour grades used in the industry measure the amount of yellow in a stone. The majority of diamonds fall within a small colour range, either colourless or with a faint yellow or brown tint. Coloured diamonds with a bright pink, blue or green appearance are very rare and known in the trade as “fancies”.

With clarity and as with colour many of these distinctions will only be visible to a trained professional with some serious magnification to help them. Of course, a flawless diamond is rarest and most valuable, and after being crushed into being miles beneath the earth’s surface very few stones are flawless.

Finally we come to the cut which is the hardest to judge of all the grading scales of diamonds. Diamonds aren’t all that great to look at when they’re discovered – remember those ‘pebbles’ – and polishing and cutting are needed to bring out their best. Cutting is an incredibly complex business and one that still develops. As diamonds can only be cut with other diamonds it wasn’t until the late Middle Ages that diamond cutting started to develop as an art.

Cutting diamonds also means lopping off a hell of a lot of valuable material – usually around half – so it’s a responsible and, when it comes to the great stones, often controversial job. The most common cut is the 58 facet round brilliant.

Fashion too can play its part – oval cuts emphasise long fingers and so are favoured in some ring designs. Last but not least Antwerp's "brilliant" image used to be emphasised even more with the "Antwerp Diamond Games", a WTA-tournament that was organised each year before it was taken off the WTA calendar in 2008 .

Any tennis player that succeeded in winning the title three times in five years won a gold and diamond racket worth a whopping million Euros, French Amélie Mauresmo (and not Kim Clijsters or Justine Henin!) was the only one ever to pull it off.