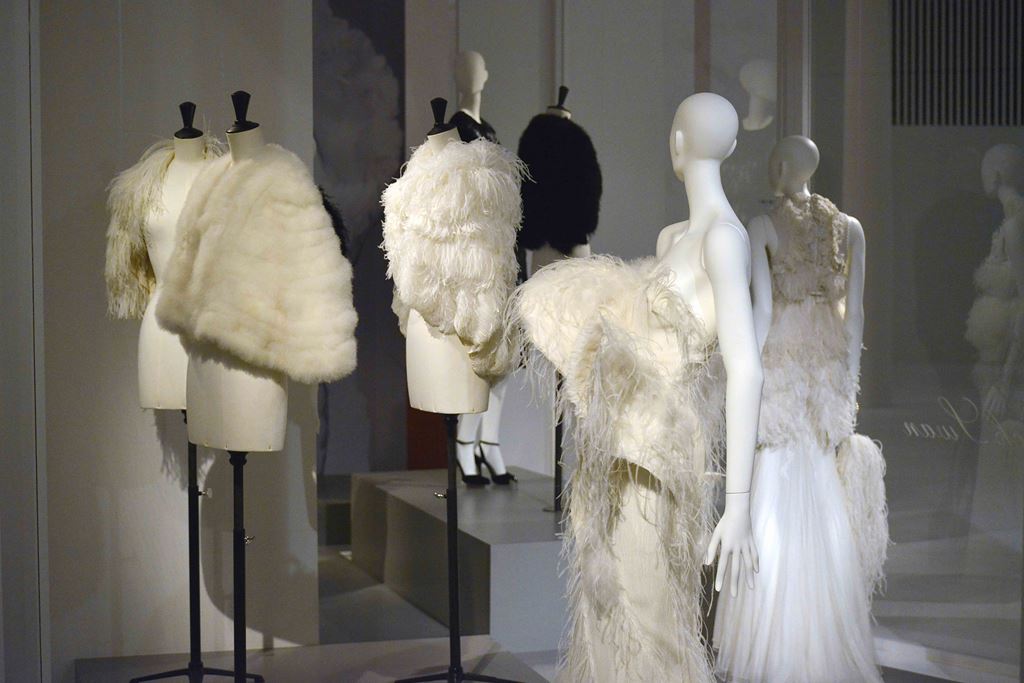 Belgian fashion is often praised for its unique balance between realism and creativity. In the last 30 years the interest in and importance of fashion and design in Belgium has increased greatly. Belgium’s designers are associated with quality, craftsmanship and innovation.

The Belgian style’s characteristics and distinct identity – once considered very avant-garde – is highly respected on the international stage.

Particularly the Antwerp style is often described as fashion with a strong sense of identity and of tradition but also with a strong conceptual edge which never loses itself in abstract artistry.

Historically speaking everything started off with cloth, Belgium’s textile industry has a long and rich history. Wool, linen and cotton were first produced in Belgium in the Middle Ages and from the 11th century cities like Ghent, Bruges, and Ypres had thriving cloth industries. 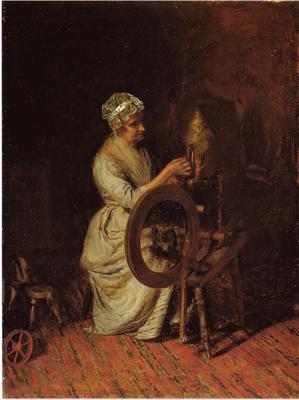 About halfway through the 13th century, the cities of Kortrijk, Wervik and Eeklo became part of the Flemish ‘cloth’ producing industry - cloth being a woolen fabric that is first woven before being felted. Religious strife put an end to the prosperity of the old Belgian textile industry at the end of the 16th century.

In the 17th century cotton started to make a mark in Europe and from the latter years of the 18th century British producers started to introduce technology to mechanise their production, the beginnings of the Industrial Revolution.

It wasn’t long before the rest of Europe started to follow suit.

The story of how Lieven Bauwens, a Belgian entrepreneur, smuggled the first spinning mule and skilled textile workers from England to Ghent in 1801 is still well known in Belgium (and England).

His first machine is still on display in the Museum of Industrial Archeology and Textile or MIAT, located in the city of Ghent, East Flanders. Ghent was also the first continental city with its own cotton industry. Along with the wool-processing centre of Verviers it led the way in the modernization of the Belgian textile industry.

Numerous mechanical spinning and weaving mills we're opened across the nation in the early 19th century. Despite fluctuating commercial fortunes and stiff competition from the UK, Ghent remained the heart of the Belgian cotton industry throughout the 19th century.

However, after World War I wages rose and Belgian cotton was no longer the cheapest on the market.

Still, the industry survived and today Belgium is still known for its production of cotton, linen, wool and synthetic cloths. Carpets and blankets are important manufactured products.

Ghent, Kortrijk, Verviers and Tournai (Doornik) are still the main textile centres while Bruges, Brussels and Mechelen are famous for their historic link with lace production. 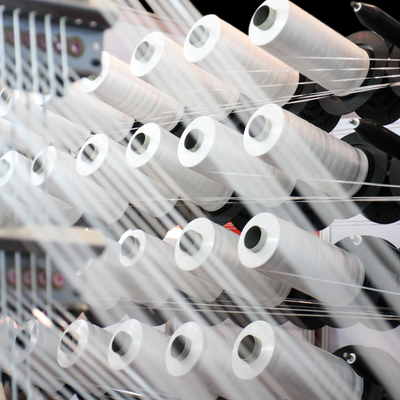 Nowadays the Belgian textile sector is known for its clothing fabric, fabrics for interior design use and technical textiles. There is also a thriving business in producing finished clothes, both mass produced and haute couture.

From 1945 to 1980, the Belgian clothing industry was very fragmented with many small family-owned companies specialising in tops for men and women, shirts or business suits.

The Government stepped in 1982, founding the NMCT as a national body for both the textile and clothing industries as part of its National Investment Company (NIM).

A Textile Plan was implemented to help the textile industry recover from the deep economic crisis of the 1970s.

The Institute of Textiles and Clothing of Belgium (ITCB) was in charge of spending the cash, and as part of the recovery process it instituted ‘The Golden Spool Contests’, which challenged designers to create collections in collaboration with the nation’s textile industry.

However, the most famous offspring of the Textile Plan was the establishment of the promotional campaign: “Fashion, this is Belgian”, a project to boost the image of the fashion sector, which is still going today long after the Textile Plan cash has been spent and the ITCB wound up.

The production of raw textiles is relatively easy to automate, but making clothes is still a labour-intensive business. Because wage costs have risen in Belgium, much of the industry has been off shored to low-wage countries. However, there are still some big names producing in Belgium.

Levi Strauss & Co Europe have their headquarters in Brussels and VF Europe (the company that owns brands like Wrangler, Eastpak, Lee, Timberland, Kipling and many more) is still here too.

A Passion For Fashion 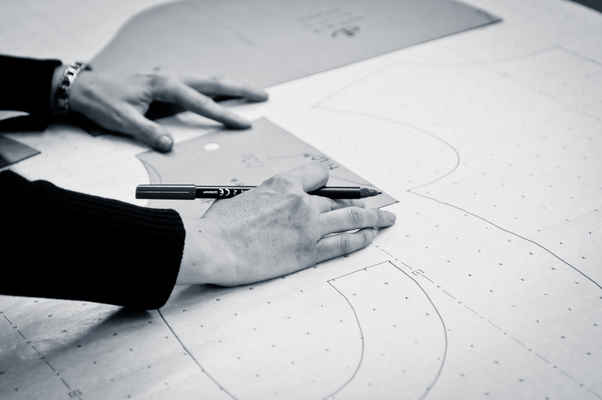 Belgium has long been famous for its production of high quality clothing and textiles, but for a long time there was no such thing as Belgian design. This slowly began to change with the establishment of the Royal Fashion Academy in Antwerp in 1963 when Mary Prijot set up the first departments of fashion and theatre costume design.

Students there were taught that fashion is a discipline in itself and that the challenge for every designer is to create something pure. Creativity is central in the Antwerp training.

Phara Van den Broeck who graduated from the Academy in 1979 was the first former student to sign up with a big international fashion house, Gianni Versace. When Mary Prijot retired in 1982, Linda Loppa (a 1971 graduate) followed her as professor and head of the fashion department. In 1998 she was also appointed as director of the Fashion Museum or MOMU in Antwerp.

This second generation presented strong conceptual collections, which continued the avant-garde tradition of Antwerp fashion. They are individuals, each with their own concept, much less of a group than their predecessors.

The Academy's fashion show in which students show their graduating collections is broadcast live on a big screen on the Meir, Antwerp’s top shopping street. In 2007, another former student and one of the Antwerp Six, Walter Van Beirendonck, replaced Linda Loppa as head of the fashion department at the Fashion Academy.

It’s not easy for designers to come up with a new collection each season, especially in the current financial climate and some designers have backing from investors and entrepreneurs.

Probably the most famous Belgian designer today is Renzo Rosso, founder and President of the Diesel brand, and also the founder of the holding companies Only the Brave and Staff International.

At the top of the tree in Belgium is Anne Chapelle who has managed BVBA 32 since 1994. The company was originally founded by Ann Demeulemeester and Patrick Robyn in 1989.

Today the company is a holding company for the works of two Belgian designers: Ann Demeulemeester and Haider Ackermann. BVBA 32 produces and sells everything they create. Sadly, some designers have had to close down because of the financial crisis and high costs.

The Antwerp Six (And More) 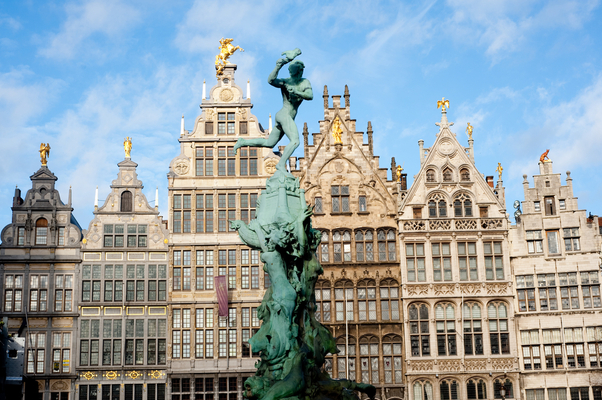 Named ‘The Antwerp Six’ by the British Press (‘Six+’ when Martin Margiela is added to the list or the countless behind-the-scenes contributors to Antwerp’s success are considered).

A few years after their breakthrough in London, Martin Margiela and The Six - no longer working as a group – started to organise fashion shows in Paris and got even more international press attention for their collections. Belgium’s class of 1995 produced a second generation of successful and talented designers.

Among them are: Raf Simons (the only one who didn’t study at the Fashion Academy), Veronique Branquinho, Bernard Willhelm, Bruno Pieters, Haider Ackermann and A.F. Vandevorst. All of them have gone on to fame in the international fashion world. Belgium is at the linguistic junction between Latin and Germanic Europe. This has shaped both the...
Read More Many of the natural beauty of Belgium is easily accessible and well equipped; you’ll find car par...
Read More
GET LATEST BEER NEWS