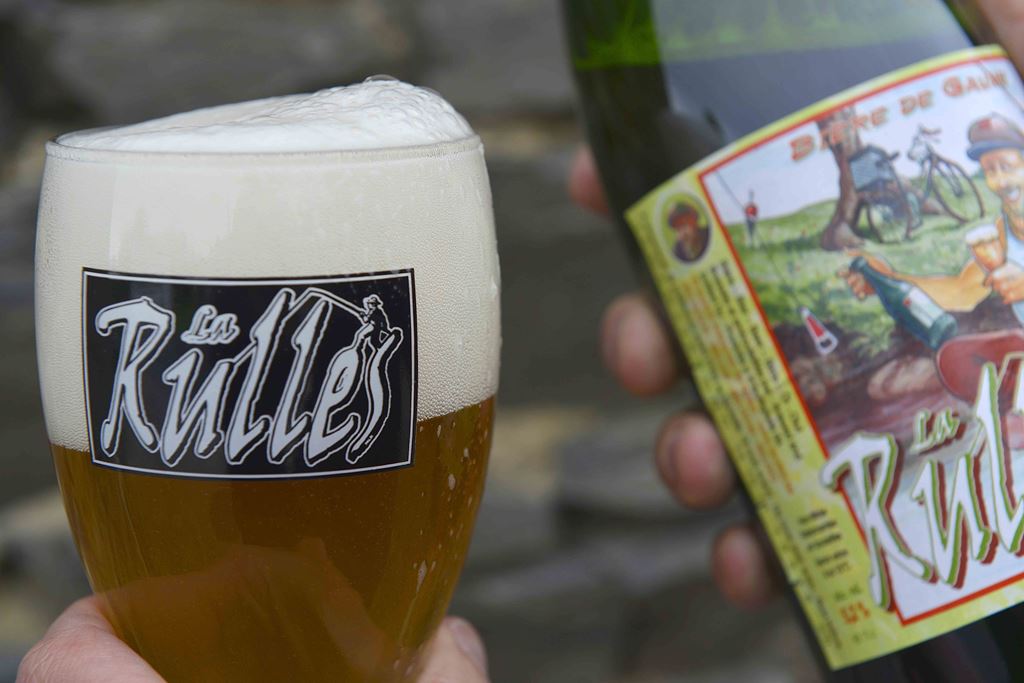 In 1997 Grégory Verhelst graduates as a brewing engineer at the University of Louvain-la-Neuve. In 1998 he starts up a brewery in an ancient farm in the village of Rulles in the Gaume region, at the southernmost tip of Belgium.

He cobbles together a brewhall and in March 2000 the first brew is ready. It is named Rulles Blonde, a pure malt beer with a finish replete with hop bitters, without added aromas, unfiltered and bottle-fermented.

Grégory puts his own stamp on his beers from the start. His signature is unmistakable.

He knows what he wants: he doesn’t brew beers for third parties and he makes a firm decision to sell his beers in three-quarter litre bottles.

The only thing left is to find an image that appeals to the public. The brewer meets up with Palix, a cartoonist and designer, and they hit it off straight away.

This is how Marcel was born - a typical inhabitant of the Gaume region, cap firmly planted on his head, relaxed, with a gaze that is ‘not all there’.

Rulles Blonde was followed by Rulles Brune. The Brune grows in bitterness through the years, its colour evolving from brown to jet-black, just like a stout.

Estivale was born in 2004, quickly followed by the robust Meilleurs Voeux Christmas beer. The brewery started exporting to Italy in 2006.

The year 2010 saw the introduction of the strong Grande Dix winter beer, by which time Brasserie Artisanale de Rulles was producing around 350,000 litres per annum.

Grégory continues to make improvements to his existing beers and frequently introduces new ones, including a pils and a beer brewed with wild hops. Rulles is now served, both on tap and in bottles, in the USA, France, Japan, Canada and is particularly popular in Italy. 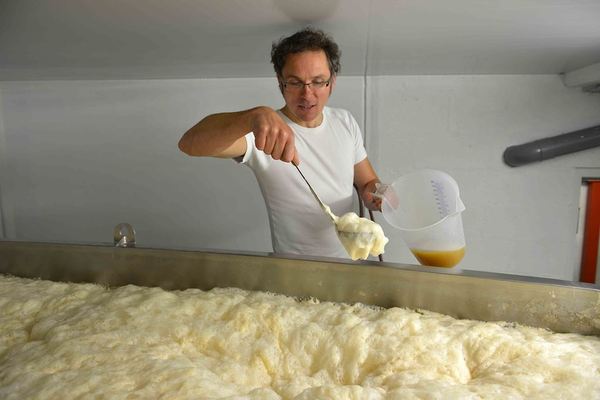 This Rulles brewery stands out through its use of distinctive open-fermentation basins. They are long and shallow so there is less pressure from the weight of the liquid than in taller bulkier tanks.

The yeast is less stressed and therefore produces more fruity esters. And thanks to the open tanks more carbon dioxide escapes from the beer.

Carbon dioxide hampers the development of the yeast and affects its interaction with other ingredients.

Some brewers still prefer this traditional way of working. They sieve off the yeast from top-fermenting beers to re-use it for their next brew, giving this active yeast a second lease of life.

The beers meanwhile continue to re-ferment in the bottle.

Grégory feels that his beers ferment more quickly compared with fermentation in closed tanks. And he believes he produces a more consistent product. The Rulles beers are generally quite dry and mild.

The brewer’s senses are the key factor in production - he sees everything and smells everything. From his experience and a gut feeling, Grégory knows exactly when the beer is ready to go into cold storage.

He spoons off the yeast that is floating on the top. This will be the basis for his next brew. 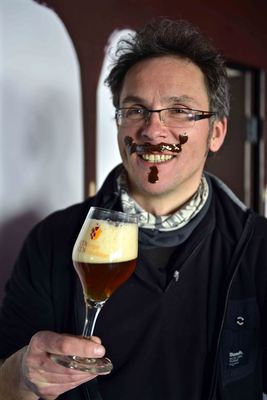 Grégory Verhelst was born in Doornik (Tournai), but after many years in the Gaume he’s very at home there. He is in frequent contact with other local brewers and the wider Belgian brewing community.

Some time ago Eddy Pourtois of the nearby Brasserie Sainte-Hélène introduced him to Jean-Marie Roch, at the time the master brewer with Orval, the Trappist brewers.

In common with most other brewers in the area, Grégory started working with the Orval yeast. Throughout the years this yeast has transformed itself to suit the brewing equipment and the brewery at Rulles. Grégory hasn’t had to collect fresh yeast from Orval since 2009.

Instead, he now starts up a fresh brew using the yeast he has recovered from a previous brew. You could say that Grégory has tamed the Orval yeast.

Chris Bauweraerts, the founder of Brasserie d’Achouffe, put Grégory in touch with an American importer, thus heralding the start of Rulles’ international career.

Grégory still adheres strictly to his leitmotiv: everything is done with an eye on quality. At the end of the day, a good product will sell itself. The numbers appear to bear him out.

And he has solidarity with brewers from Belgium and abroad. In 2001 he set up Brassigaume, the beer festival for microbreweries in the nearby village of Marbehan. It is now a firm fixture in the diary of any beer lover. 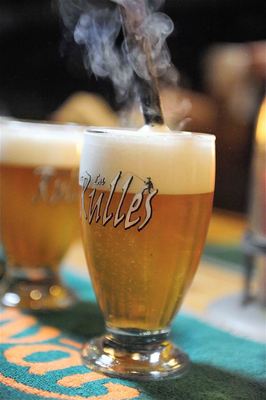 Visit Rulles and you will see a craft brewery. Don’t expect giant equipment. Everything here is built on a human scale, compact and neat. The brewer or one of his staff will be happy to show you around.

You’ll find out everything about the brewing process, from the careful selection of the ingredients down to the bottling.

When the beer is fermenting, these basins are filled up to the brim, and the effects of the fermentation - the rich aromas developed by the yeast – are readily apparent.

Strict hygiene is of crucial importance. Nothing can be allowed to disrupt the work of the yeast.

Any risk of contamination must be avoided. In the tasting room you can continue to interrogate the brewer and his co-workers.

The visit is also, a great opportunity to discover the beers in their regional context.

The Gaume and the adjacent Ardennes region are known for their characteristic cuisine. In other words, more than enough reason to experiment with some local pairings. 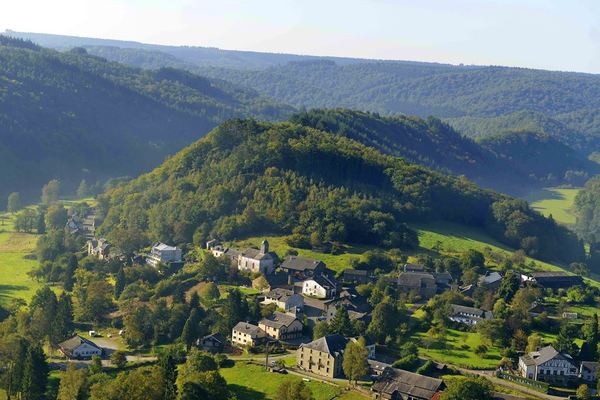 Think of the Gaume and you will think of ham and sausages, paté Gaumais and the game dishes of the hunting season. The beers suit this cuisine to a tee. With a summery salad, you drink a Rulles Estivale.

Terroir is very much alive in Rulles and the surrounding area.

Grégory is sure to recommend a restaurant in the area. Gourmets amongst you, be warned!

The brewery is located close to the well-known Trappist abbey of Orval and the river Semois that has carved out impressive meanders through the Ardennes landscape.

This region is a paradise for walkers, mountain bikers, kayakers, canoeists and horse riders.

The Roman tower, parts of the former city walls and the Gallo-Roman section in the local archaeological museum remind you of its ancient origins.

On top of the hill that dominates the city is St Donatian’s Cathedral. From here you are afforded splendid vistas all the way to France, the Grand Duchy of Luxembourg, the Ardennes, Lorraine and Germany.

Look out for the bronze plaques that explain the architectural history of important buildings and monuments in the city and its surrounding villages.

Each village has its own legend that lends a mysterious element to your wanderings. 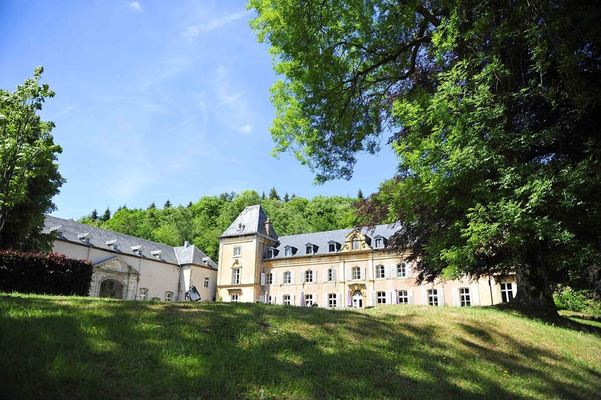 By car, Rulles is a two-hour drive from Brussels. Use the E40 towards Namen and Luxembourg and leave at exit 28a (Marbehan/Rulles). By train: it takes 2 hours 30 minutes to Marbehan, followed by a five-minute bus ride to Rulles.

Both Rulles and Marbehan are typical Belgian villages. Admire the churches, the fountain, the colourful crucifixes with narrative elements and the Etang des Cerisiers, a pond near Marbehan station.

The former sawmill, the ancient Moulin Maron which is set in a splendid location, the chapel and the Bois du Chenel et Jardinsart are also worth a detour.

Iron ore was mined here with hydraulic power in the 17th century. Discover the forest and its rivers along the ‘Promenade des Quatre Fils Aymon’ (13km), a walk that starts from Marbehan.

You can also discover Rulles’ pre-industrial past along a themed, 6km walk or mountain bike route.

The Transgaumaise route covers 140km and takes several days on foot, but is also suitable for cycles and motorbikes.

The trail covers the Virton region and takes you past the Orval Trappist abbey.

The Transgaumaise can also be travelled with a comprehensive package that includes accommodation and baggage transfer. We also recommend the European Beer Museum in Stenay, Northern France, half-an-hour’s drive from Orval. 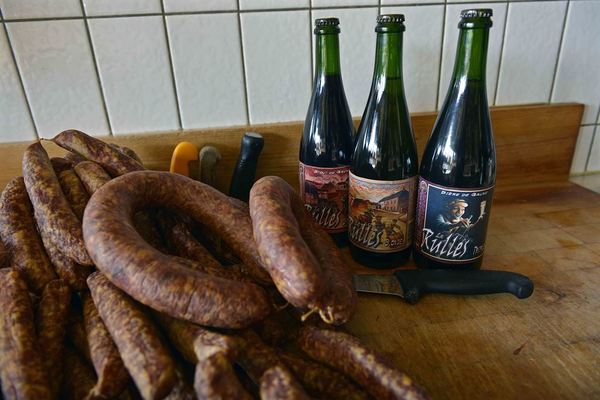 The regional beers made by Brasserie de Rulles are a perfect fit with a crust-baked paté Gaumais or a touffaye, a stew containing potatoes and bacon.

At the La Ferme des Sanglochons they serve a Rulles with the Tentation de Saint-Antoine made with various parts of the pig: snout, trotters, ears and tail.

Let yourself be seduced by this melt-in-the-mouth meat.

This robust country dish is roast in a ‘good butter’ and duck fat.

It is widely known that beer and cheese make a great combination. La Bergerie d’Acremont in Bertrix produces sheep’s’ cheeses.

This includes a brie infused with a Rochefort Trappist, a Raclette cheese, a Gouda, a Vacherin and a Scailton bleu cheese that has matured in an old slate quarry.

Have you never tasted a beer in combination with chocolate? 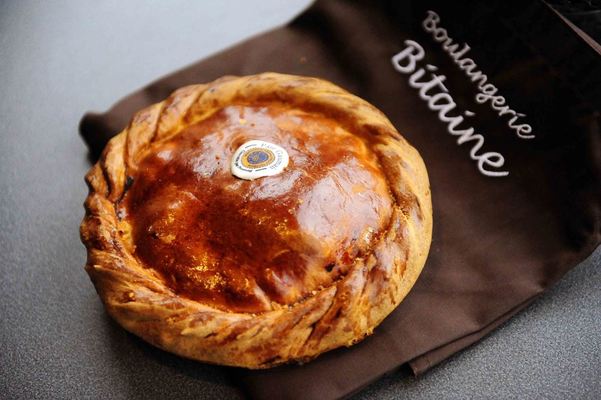 A beer brewed exclusively for him by Rulles, to accompany his almond pralines with fleur de se’l and his zesty pralines with a filling of piment d’Espelette.