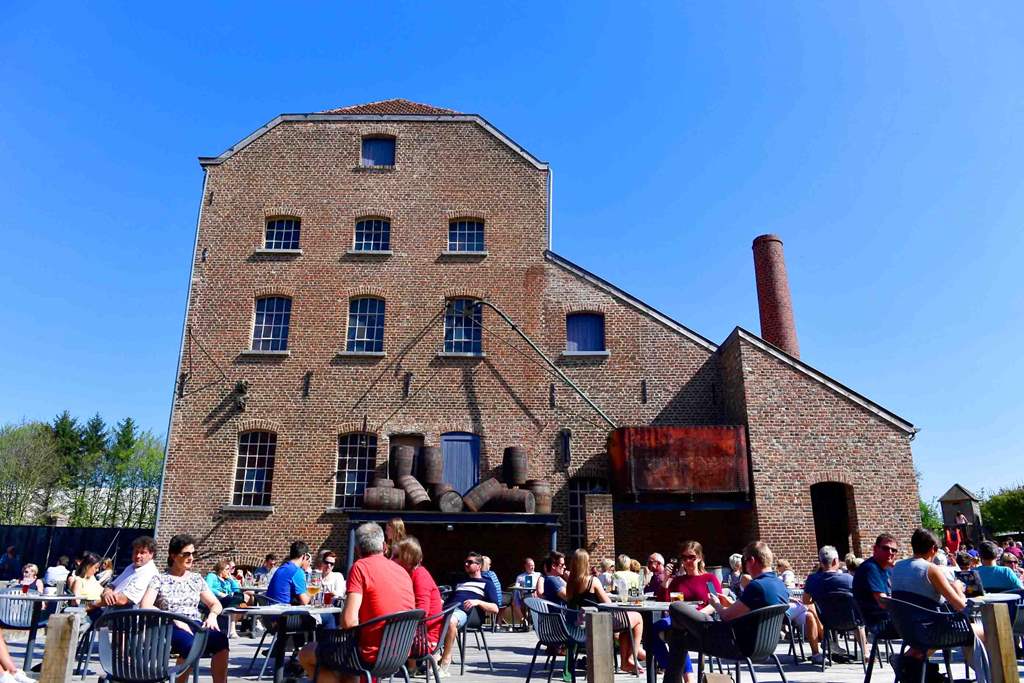 The Beginning – The story begins as early as 1642. “At the time, this farm was completely self-sufficient,” explains owner Mike Janssen . “Local wood was used in the construction of the farm buildings, the walls were covered in locally sourced loam; sheep and cattle provided milk, wool and leather. All the food came from agriculture and cattle farming....

Estates such as Wilderen had their own brewery cauldrons. Beer was brewed until 1800.

In addition to beer brewing, spirits were distilled for almost half a century. The old distillery closed down way back in 1939. These days it is a tourist attraction.

“It was impossible to re-commission the old distillery but nevertheless, I am extremely proud of it”, Mike emphasises. “The rectifying column over here was the largest of its kind in Europe at the time.

Did you know that we even have discovered subterranean tunnels, which were used for illegal distilleries?”

After Mike purchased the site, an intense period of renovation followed before the new Wilderen opened its doors in 2011.

Ever since then, the site has been a hive of distilling, tasting and brewing activity.

Wilderen has grown into a tourist attraction which in high season welcomes over 2000 visitors a day. 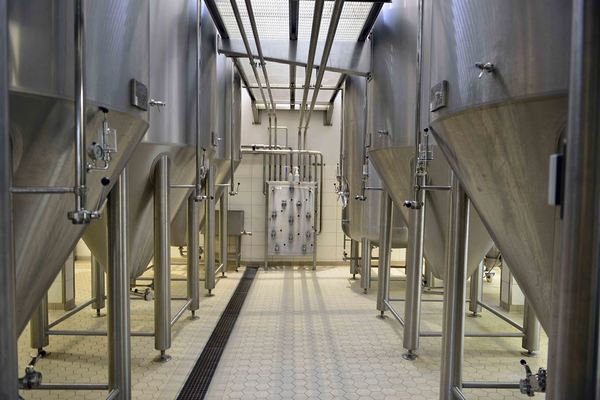 Although the Wilderen brewery dates back centuries, it still manages to surprise visitors with a brand new, gleaming brewing hall in combination with a distillery that goes way back in time. Hi-tech morphs seamlessly into industrial archaeology. We step inside a time machine and make a two-hundred year jump.

On the spot where once the oxen were stabled you now find a state-of-the-art brewery. The modern architecture provides an exciting contrast between the monument that is the old distillery and the modern building that houses the brewery.

Make no mistake, Wilderen is a modern company these days. The brewer-distiller uses brand new, computer-operated stainless steel installations. “Wilderen may not be my first big project, but we have pulled off something special here”, is Mike’s opinion.

These days the brewery produces three beers: Tripel Kanunnik, Wilderen Goud, Kriek and the dark Cuvée Clarisse. All three are high-quality beers that are very accessible: Mike wants to deliver brews that are appreciated by a large group of people. Niche beers may be added to the range at a later stage. 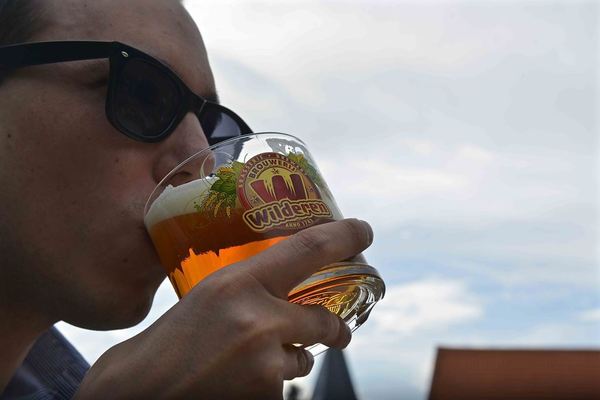 Wilderen produces beers as well as distilled products. The jenever (32% ABV) is somewhat lighter and milder than a classic jenever so it will appeal to a younger generation. The taste of “Eau de Bière” (32% ABV) is somewhere between Calvados and Cognac.

This is a spirit based on the Triple Kanunnik that makes a unique digestive with culinary qualities. Recently they also presented their "W" gin to the world. The first gin to come from the Belgian province of Limburg.

Summer 2014 will see the launch of a single malt whisky, which is now patiently maturing in oak barrels previously used for bourbon. 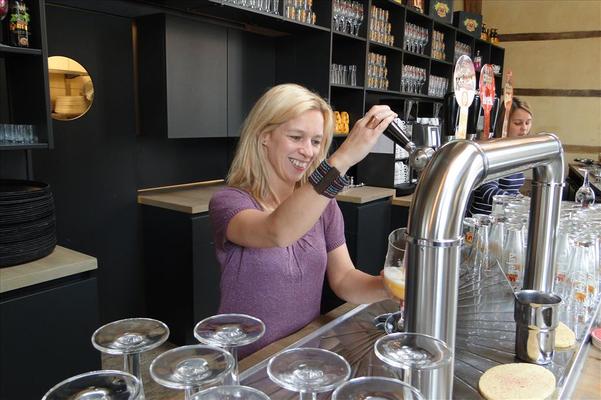 What the Wilderen brewery has achieved in the space of just a few years is vey impressive indeed. In 2012 they were runners-up in the Vlaamse monumentenprijs competition (Flemish Monuments Awards), which was the crowning glory on many years’ hard work.

Wilderen products are now in demand world-wide. However, behind every successful project there is an exceptionally strong team.

Mike Janssen (who studied economics) is now a passionately driven entrepreneur and brewer-distiller with a vision and a long-term plan.

In previous lives he was he founder of castle brewery Ter Dolen in Houthalen and the driving force behind Dentergems Wit. At Wilderen’s, he works as a guide as well as in the café and, of course, with brewmaster Roland Vanderlinden he is responsible for monitoring the brewing and distilling processes.

In 2007, at a time when practically everyone believed that Wilderen could not be resurrected, Mike and his wife Roniek Van Bree, both entrepreneurs through and through, saw the site’s potential and fell in love with it.

They purchased Wilderen and started the renovations, with Roniek’s creative background adding a great deal of value.

She has a Master’s Degree in Figurative Arts with a specialty in monumental painting and leaded glass.

Roniek, together with graphic artist Lejon Tits, who hails from Limburg, are the creative spirits behind much of what is happening on the site.

This ranges from a simple beer mat or shot glass to the design of the terraces. Roniek is now managing an enthusiastic team of one hundred students.

Together, they are quenching the thirst of many a beer lover and tourist. 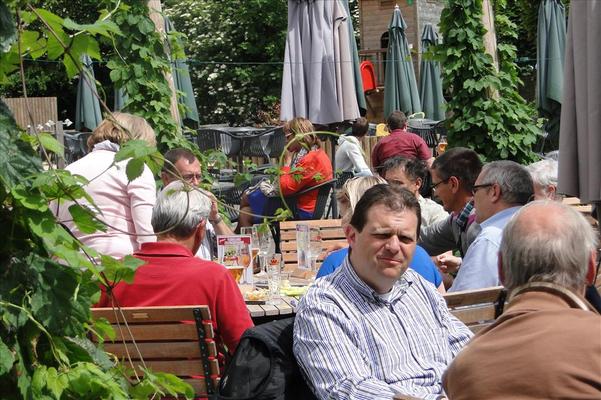 The buildings on the site surprise the visitor through their monumental character. The brewery café is situated in an ancient half-timbered barn (1690), 42 m long and 13 m tall. The barn seats 170 guests. In winter a fire is lit in the huge open fireplace. Outdoors there are over 500 seats.

The menu does not include hot dishes, but with Wilderen hops cheese and bread platters accompanied by a choice of cold cuts, there is plenty on offer to tickle the taste buds. There is a wide range of souvenirs, from original caps and T-shirts to local produce.

There is much here to enjoy for lovers of industrial archeology. We can view a Lancashire steam cauldron with a riveted flat front, a steam engine with dual-action valve, a mixing basin, a malt thinner, wooden yeast basins, sedimentation basins and early twentieth-century water tanks.

The guided tour, in Dutch, English, French and German of the distillery, brewery and the industrial monuments takes place only on Saturdays, Sundays and public holidays, always at 15.00h.

When the brewery café is closed private tours are held for a minimum of 30 visitors. The tour takes approx. 40 minutes.

Early booking is recommended, especially during the summer months, as interest is huge and places are limited.

Adults: €5 each, which includes one taster and a pre-stamped postcard. Groups can make reservations for a guided tour to be held outside the hours mentioned above. 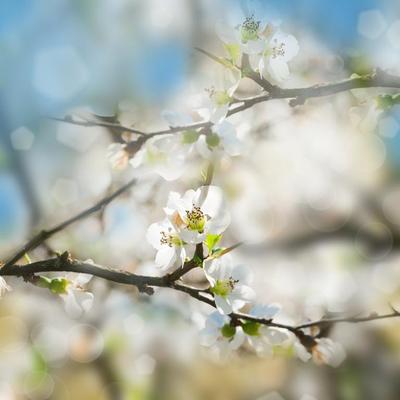 Wilderen is part of the city of Sint-Truiden. Situated in the Haspengouw fruit region in the province of Limburg, it is well worth a visit. The region shows its most enchanting face in early spring when thousands of fruit trees present a colourful still life of white and pink blossoms.

Haspengouw is a world made out of fruit, offering endless views over undulating fields and now and again, a church steeple presenting a lonely beacon.

Sint-Truiden’s Belfort tower is a World Heritage Site. The tower used to form part of the cloth hall. It is now incorporated into the town hall which was built around it in the 18th century. The town’s beguinage, the “Begijnhof van Sint-Agnes” is of the so-called square type and is also included in the list of Unesco’s World Heritage Sites.

The remains of the former abbey of Sint-Truiden, to be found in Zerkingen village, include a Roman tower (mid-11th century), the porter’s lodge dating from 1779 and the abbott’s quarters, both built in the classicist style.

The abbott’s quarters include an 11th-century crypt but the church associated with it was rebuilt also in the classicist style. In recent years the site of Sint-Truiden’s abbey has been extensively renovated.

The crypt is now open to the public and the baroque archway has been restored. The abbey tower, extensively renovated after a fire , is now also open to visitors. 196 steps with five rest and observation platforms will reward you with breath-taking views over the town and the region. 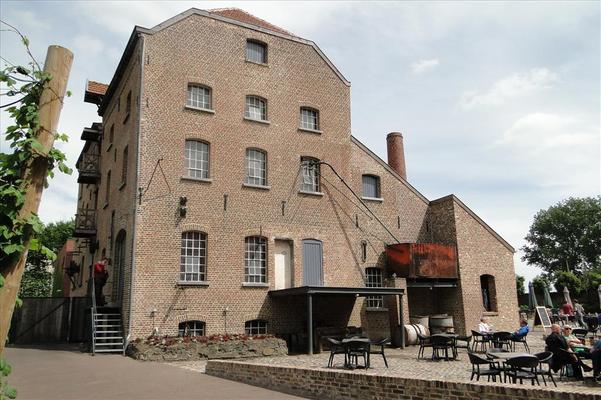 Limburg is one of Belgium’s greenest provinces and Wilderen is located on the Haspengouw cycle routes, including the Apple Orchard Route (38.4 km). This makes a bicycle the ideal form of transport to visit the brewery and explore the area around Sint-Truiden.

The town is within easy reach of all the main Belgian railway stations. A car journey will take just over an hour from Brussels and a couple of hours if setting off from the coast.

The blossoms are heralding in the new fruit season, although the picking of the millions of apples, pears and cherries is still some months away. Haspengouw is without a doubt the orchard of Belgium.

The province of Limburg is marketing itself as a culinary province where taste and the use of regional products take centre stage. This agricultural region offers a great range of typical delicacies and many superb restaurants and other eating places.