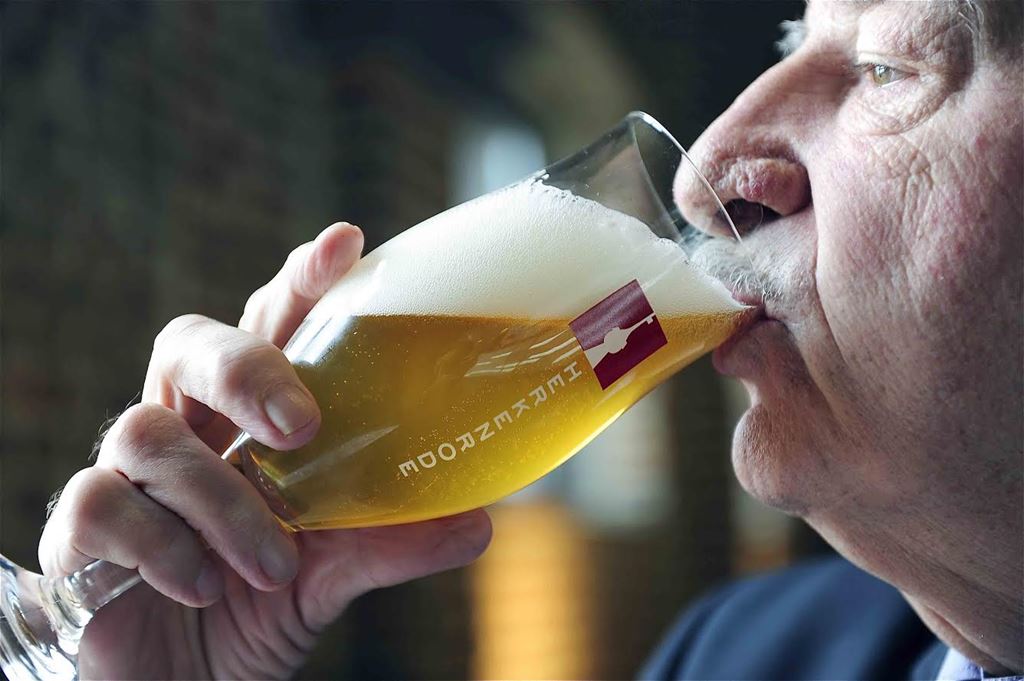 The Beginning – The Cornelissen village brewery dates back to 1807, and like so many other Belgian breweries it started on a farm. To this day, the brewery is located in the centre of the village, “below the church tower,” as locals say.

Up until October 2015 the brewery was called Sint-Jozef but with the sixth generation now at the helm it has been renamed Brouwerij Cornelissen, paying hommage to their rich family history in brewing.

In 1859 the Cornelissen family married into this little brewing firm, founded by the Dutch Vissers family, whose menfolk were usually called John. From then on, generations of Cornelissens, all with a first name beginning with J, would represent the brewery.

Jaak Cornelissen built the first genuine brewing hall with facilities for fermentation in 1934-1935. In 1937 Pax Pils was launched, followed by the stronger Ops-Ale premium pils.

At this stage the brewery was still a local concern, but owned several cafés. Export activities were started by Jaak’s sons Jan and Leo and Jef Cornelissen Senior joined the brewery in 1972, taking full control in 1980.

Towards the end of the 1980s Bokkereyer amber ‘spéciale belge’ was introduced, followed by a cherry beer ('kriek') and Limburgse Witte white beer (1993). Bosbier (1989) was a new fruit beer, based on pils and blueberry juice.

With its Gummarus tripel and dubbel the brewery entered the arena of heavy abbey beers. Jef Cornelissen Senior started planning the launch of an officially recognised abbey beer, named after the former abbey of Herkenrode near Hasselt, seeking the advice of Robert Putman, former engineer-brewmaster at Cristal-Alken. The beers were launced in 2009, with a tripel and a bruin.

Now Jef Junior has taken up the reins and in recent years the brewery has undergone a drastic transformation, including the careful renovation of its buildings.

Investment is also being made in a new bottling plant and barrel line and an updated fermentation chamber and filtering equipment.

Brouwerij Cornelissen produces around 5 million litres of beer a year, around 20% of which will go abroad. Both local and international markets are growing, with Cornelissen beers for sale in Brazil, Russia, Finland and a number of countries in Asia. 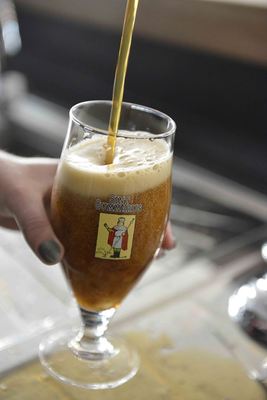 Brouwerij Cornelissen is a typical village brewery. Its mainstay is pils, but it also brews a wide range of specialty beers for the hotel, restaurant and café trade.

The brewery uses soft water, drawn from a well. With some of its iron removed, this water is ideal for brewing pils.

Production is not hurried here and change not indulged in for its own sake. The recipe for Ops-Ale, going back 80 years, has remained unchanged except for the replacement of corn starch with wheat starch.

The yeast variety used is the same as when the beer was first made. After fermentation the beer is stored for four to five weeks before being filtered.

The Ops-Ale is a regional product that is poured regularly in the local cafés. It is a refined pils, the product of a tradition that owes much to the German style of brewing.

Gummarus and Herkenrode are strong beers that taste full in the mouth, following the tradition of abbey beers.

They are brewed in the artisan way but using the latest technology. As a rule, the beers are produced only with the staples of brewing: water, yeast (a house yeast for each beer type), hops and malt.

Now and again, different elements are added. The Herkenrode Bruin for example has touches of herbs and wood.

The brewery wants to produce an established range of balanced beers, each with a consistent quality, rather than experimenting just for the sake of it. 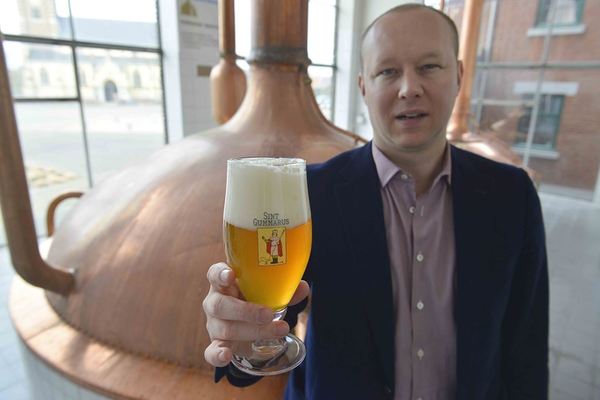 In 1980 Jef Cornelissen Senior took charge of the brewery after the sudden death of his father. Brewing is in Jef’s genes. As a teenager he helped deliver the barrels, later he added to his knowledge at brewing college.

Jef first ensured that the brewery was able to supply the hotel, retail and café trade with a complete range and now his ideas form the basis of the extensive renovation and investment programme.

He is from the era when agreements were scribbled down on a beer mat and celebrated with a good glass in the café.

His son, Jef Cornelissen Junior, spent his childhood in the brewery, working as a Jack-of-all-trades during his school holidays.

He joined the brewery in 2004, and now has taken his father’s position at the top. Jef Snr’s focus was mainly on production whereas Jef Jnr puts his attention to sales, marketing and exports, areas in which he has qualifications.

He is a believer in a strong brand underpinned by a good story. Even a good product will not sell on its own. 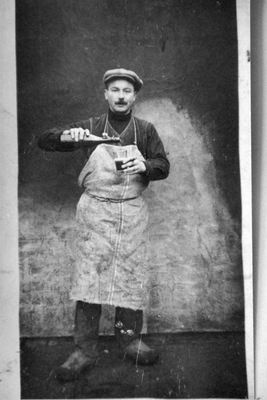 From the village square you see a brewery that appears unchanged from the 1930s. Through the glass wall are the gleaming copper of the brewing kettles. The brewery used only to open its doors to trade customers, but public group tours are now available on request on Tuesdays and Fridays.

Within an hour your guide explains the entire brewery story, from production to warehousing.

Your tour ends in the Brouwershof café-restaurant, right next to the brewery, where you watch the company video and enjoy a tasting.

A brewery tour can be turned into a day out with a visit to Herkenrode, near Hasselt.

Here you’ll find an imposing renovated former abbey farm, dating back to the 17th century, and built around a central court.

Herkenrode is located in a splendid nature reserve of 100 hectares that’s great for hikers and bikers.

Sign up for a guided tour of the herb garden, where you will find 250 culinary herbs. In the café you can taste Herkenrode’s beers accompanied by regional products and, if you like what you taste, you can stock up in the shop. 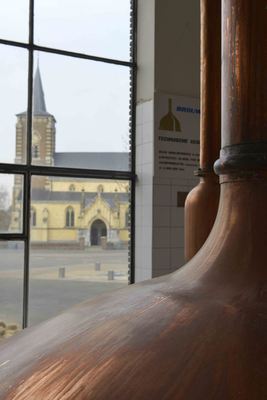 In Opitter (Bree) you can visit the Gothic St Trudo’s Church and vicarage (1726), both built in marl stone in the characteristic Maasland style, using bricks as well as natural stone for the door and window frames.

Back in the village square once more you will notice the fountain in the centre. It depicts three female figures armed with tennis racquets standing in different positions, including the classic ‘legs akimbo’ stance ready to receive serve.

This is an ode to local hero Kim Clijsters, former world number one tennis player, who still lives just around the corner from here.

In Bree’s Vrijthof square admire the Gothic Church of St. Michael with its five aisles, also built in marl. Just across the square you will find the former Augustine abbey which now serves as the town hall.

The 1754 building that used to serve that purpose, with its rococo frontage, is also worth a visit.

The nearby open air museum at Bokrijk is a must-visit if you would like to see how ordinary people lived and worked in this region. Het Paenhuys is an authentic 17th century village brewery. Each year, for one weekend in September, the local guild brews here in the traditional way. 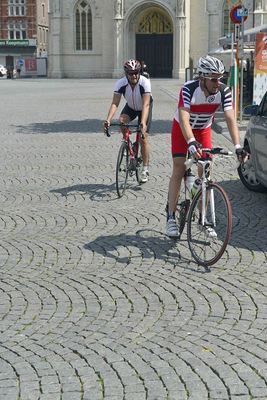 By car, the journey from Brussels to Opitter (Bree) takes around 1.5 hours. Take the E40 towards Louvain, followed by the E314 for Genk, leave at Genk West and then drive along the N76 to Opitter.

By train, travel to Genk station (Hasselt or Neerpelt) and hop on the number 40 bus for Opitter. The journey will take around one hour.

The brewery’s Limburg province is one of Belgium’s greenest. Walkers will find many well-maintained, signposted trails to explore.

The province markets itself as a cycling destination with over 2,000 km of cycle tracks in the cycling node network.

The network is well maintained and clearly signposted and is, for the most part, car-free. Numbered cycle routes cross at the nodes, just find a map and follow the blue rectangular signs.

A themed route follows the trajectory of the first Belgian Cycling Championship in 1894, taking in Maaseik, the Zuid-Willemsvaart canal, Kinrooi and a string of villages on the banks of the river Meuse. It is 50 km in total. 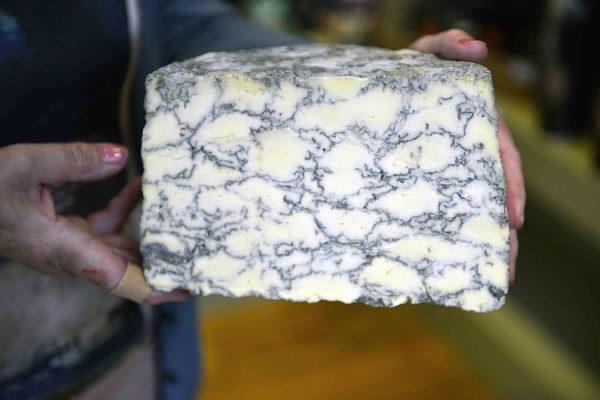 In Limburg they know how to live and eat well. You are never far from a cosy café or tavern serving typical regional products. At Catharinadal dairy in Hamont-Achel there are more than 100 varieties of cheese on offer.

Ginger-horseradish, nuts, the blue-veined 'Achelse Blauwe cheese'..., all of them unpasteurised.

Here, butter is still churned in the traditional way.

Haspengouw, the area around Sint-Truiden and Tongeren, is known for its fruit.

Not coincidentally, you will find syrup boilers and confituriers (jam makers) dotted around the region.

Another characteristic product is the Limburgse fruitvlaai, a cake covered with various fruits under a lattice of pastry. De Koetsier in Maasmechelen is a former carriage driver’s home with a unique herb garden. There is also a herb walk along the banks of the River Meuse.

The city of Hasselt is full of surprises.

Try the typical dikke (fat) speculaas biscuits and don’t miss out on a taste of the Hasseltse jenever, a distillate that has its own museum, the Jenevermuseum. 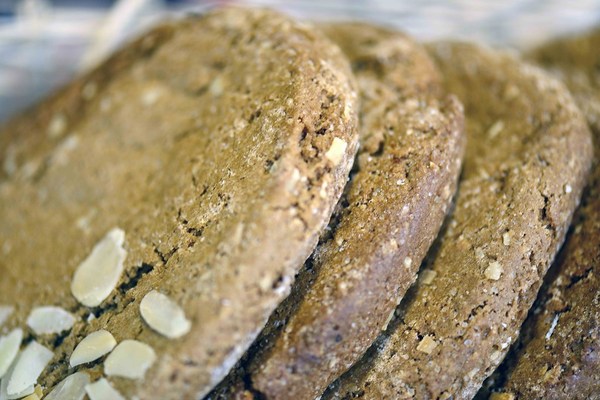 Lovers of meat will want to try the beuling (blood sausage) or a baked paté from the Kempen region.

Beuling makes a delicious pairing with a helping of mashed potatoes or potato croquettes with appelmoes (puréed apples) on the side. And, needless to say, a local beer like Pax Pils will be of help rounding it all off.