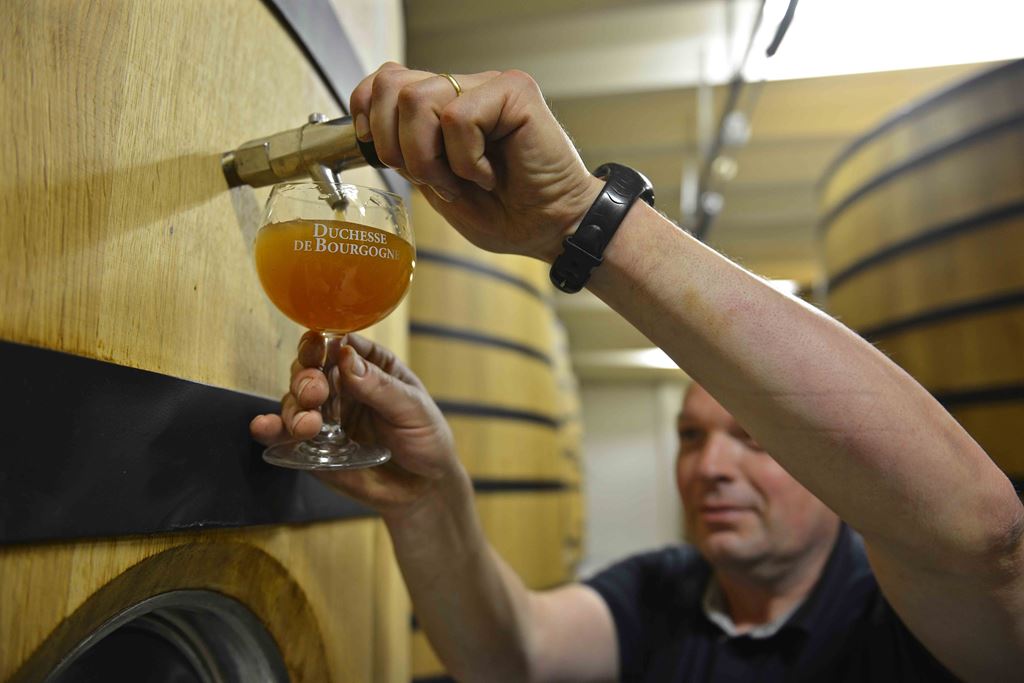 The story of Brouwerij Verhaeghe-Vichte started in 1885 when Paul Verhaeghe set up his brewery and malt works. Polkes’ (little Paul’s) barrel beer quickly gained a foothold in the Kortrijk (Courtrai) region.

And soon the brewery was using the railways to transport its so-called ‘Blonde de Flandres’ as far as Brussels.

As it did for so many other breweries, the First World War signalled a temporary disruption of the production process in Vichte.

The occupiers dismantled the brewhall to get their hands on precious copper.

New equipment was needed to restart production when the war ended.

During the 1920s the first bottled beer was produced at Verhaeghe.

The brewery managed to survive the Second World War by selling a table beer that was low in alcohol (0.8% ABV).

After the war King Pils reigned everywhere but, in its home region, Brouwerij Verhaeghe bravely rowed against the tide. Though in time they did introduce their Sultan Pils, named Vera Pils in later years.

Genuine kriekenbiers like those produced by Brouwerij Verhaeghe-Vichte take their lineage from the tradition of sour Flemish red-brown beers.

The brewery’s main focus today is to maintain the quality of its existing beers and to develop new brews.

Much has happened throughout the years but they have never veered away from this mission.

This family brewery is now owned by brothers , their family’s fourth generation of brewers. Karl is responsible for daily management while Peter is in charge of production.

Their flagship beer is Duchesse de Bourgogne, matured in oak barrels. Since 1976 this Vichte-based brewery has also been making Caves, the traditional city beer of Lier, which is commissioned by a local guild called the Heren Van Lier.

Nowadays 80% of the entire annual production, amounting to around 1,100,000 litres, is destined for export, in particular to Canada, the USA, Russia, Japan, Hong Kong, South Korea and Taiwan.

Besides Vichtenaar, Duchesse de Bourgogne and Echt Kriekenbier, all of them Flemish red-brown beers, the range includes Barbe and Cambrinus, both top-fermented beers, the Christmas beer Barbe Noël (‘Santa’s Beard’) and Verhaeghe Pils. 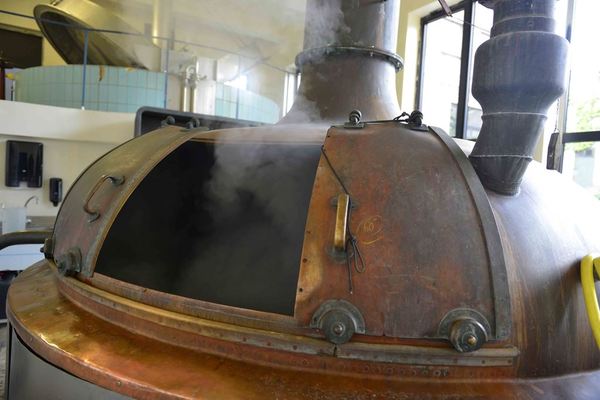 Duchesse de Bourgogne is characterised by a remarkably successful marriage between the taste of the yeast and the tannins of the wooden barrels that are used to mature this Flemish red-brown.

It exudes the ancient tradition of Flemish red-brown beers. Duchesse de Bourgogne is a sweet and fruity beer with a pleasantly refreshing, slightly sour finish provided by the oak.

The beer is brewed with intensively (dark?) roasted barley malt and aged hops with a low bitters content.

After the main fermentation and the second period in cold storage, the beer spends several months resting in oak foeders – giant wooden vats.

The tannins from the oak lend the Duchesse its typical fresh and fruity character.

After this final cold storage stage the beer is cut (blended) with a younger, also oak-matured, beer.

The result is a Flemish red-brown beer with a full and sweet taste as well as a slight tartness.

A genuine kriekenbier is brewed with whole cherries from the Haspengouw region. No other extracts or substances are used to intensify the taste.

These fruit beers are made on a base of Flemish red-brown beers matured in oak foeders.

Just after the fruit harvest, around the middle of July, the noorderkrieken cherries are added to the mother beer to steep for months.

The fruit tastes different every year. The young kriekenbier is blended with kriekenbier produced the previous year and also with a two-year old kriekenbeer in order to achieve a consistent taste.

Brouwerij Verhaeghe-Vichte honours the tradition of Flemish red-brown beers. As the years have gone by, these beers have suffered a decrease in popularity in their own country but are still highly regarded amongst connoisseurs both in Belgium and abroad. 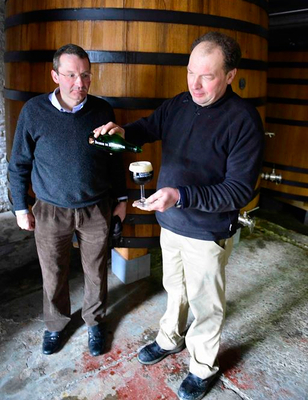 Jacques Verhaeghe taught his son Peter the secrets of the style that aren’t part of the curriculum at brewing school. Duchesse de Bourgogne is a pure foeder beer made from young beer as well as old, soured beer.

The challenge is to ‘cut’, or blend, the beer at exactly the right moment to avoid an excess of acetic acid.

Various factors play a role here, including the temperature, the circumference of the foeder, and the ratio between the surface area of the wood and the volume of the beer it contains.

No changes whatsoever have been made to the original recipe for the Duchesse.

Once the beer has completely finished its fermentation it develops a natural stability.

Recycled oak barrels are used in which the beer can turn sour without absorbing too many tannins.

Each foeder affects the taste of the beer in a different way: imparting a predominant taste of wood or fruit, or perhaps adding a sour touch….

The brewer has to be familiar with them all and has to get the balance right. Finally, the beer has to be tasty – what use is all that tradition without that? 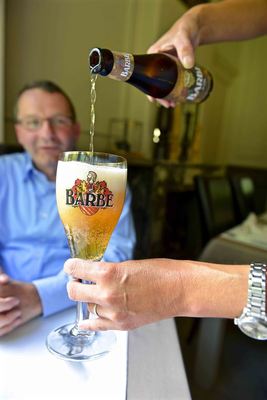 This brewery offers a striking mix of the old and the new. Verhaeghe-Vichte was founded in 1885 and many of the buildings and much of the equipment dates from the late 19th century; including the malting tower with its malt floor, the steeping basins and germination floors, the storage loft and the free-standing factory chimney.

In the pre-war period many breweries had their own malt works.

But these brewery-maltings closed their doors as the malt side of the business became unprofitable, and breweries now get their malt from specialised producers.

The Verhaeghe-Vichte brewhall dates from the 1960s. But the brewery still uses foeders that are over 80 years old. A later-built extension houses foeders of a less venerable age.

Brewery tours are available to groups by prior arrangement. The surrounding area is home to the Fietsnetwerk Leiestreek, a cycling network that extends along canals and abandoned railway tracks, leads you through cities and traverses the gentle hills and verdant countryside around the Leie and Scheldt rivers.

Riders can mark out their own cycling routes using the numbered nodes of the cycling node network. This cycling node map takes you to the finest locations the Leiestreek has to offer. Green-and-white signposts point the way along the route. 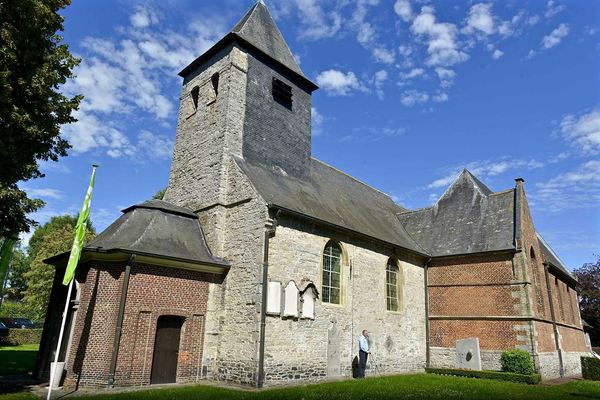 The brewery is located in the area of the river Leie, the Leiestreek in Flemish, an extension of the gentle hills of the Flemish Ardennes in the Kortrijk region that is a particular favourite with walkers and cyclists.

Ancient windmills such as the Landergemmolen and the Witte Bergmolen in Tiegem are reminiscent of an agricultural era now consigned to the past.

The Landergemmolen was used to mill grain up to 1942. The Watermolen van het Goed in Walskerke is the only working watermill left in the region.

The Leie area is also home to several historic farmhouses with roots going back all the way to the Middle Ages. Hoeve ’t Goed in Corbie remains a working farm.

Avid cycling fans will want to pay a visit to the Varentstraat in Kaster, a a cobbled “road to hell” that challenges even pro cyclists.

Vichte Castle (dating from the 12th to 17th centuries) is surrounded by farm buildings, with a porter’s lodge. The castle is not open to the public but you can catch a glimpse from the lodge.

Vichte’s Oude Kerk (Old Church) is another hidden pearl. Take a stroll around the village and the atmosphere of its rich past can be absorbed pretty much everywhere.

Visit the city of Menen, which gave its name to the Menin gate, one of the largest British and Commonwealth First World War memorials, see the sights of Kortrijk and discover the splendid architecture of the Castles of Rumbeke and Ooidonk, both situated on the banks of the river Leie. 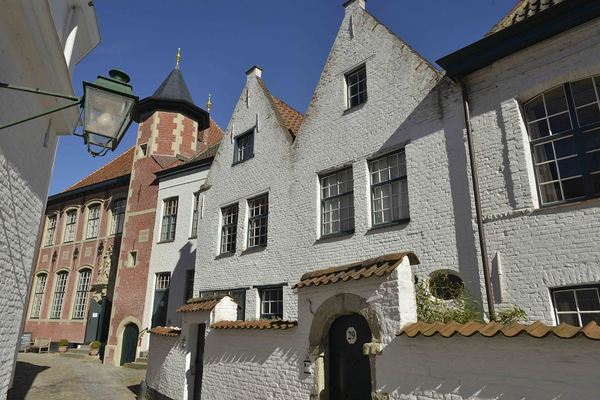 Vichte is 90 kilometres from Brussels. By car, take the E40 towards Ghent followed by the E17 towards Kortrijk, leaving at the exit for Deerlijk/Vichte. The journey will take about an hour.

If you take the train to Vichte, allow for between 1 hour and 20 minutes and 1 hour and 50 minutes. You may have to change at Ghent to board a train towards Kortrijk. The brewery is located almost next to Vichte railway station. Kortrijk is a quarter of an hour’s drive away.

There is plenty to see and do in Kortrijk, a Leiestad, or City of the Leie. The Beguinage of St. Elisabeth (1238) in the shadow of St. Martin’s Church, now elevated to UNESCO World Heritage Status, is an oasis of peace and quiet right in the centre of the city.

Enjoy a leisurely stroll among the baroque cottages, the gothic Mattheuskapel (Matthew’s Chapel) and the newly built experience centre.

The Belfry at Grote Markt used to form part of the Linen Exchange Hall, which has sadly not survived.

Keep your eyes – and your ears – peeled for the statuary bell ringers, a couple called Mante and Kalle, when they ring the hour high up in the belfry.

The City Hall (15th – 16th century) is built in a striking architectural style halfway between late Gothic and renaissance.

Stroll along the Leie and take a look at the Broeltorens, two imposing guard towers that are witnesses to the art of military building in the Middle Ages.

The signposted walking tour around the city takes you to buildings of historic significance, including Oud Cortryck, a completely renovated 17th-century inn.

You will also discover the Leieboorden, the recently renovated quays along the river Leie as well as the K shopping centre and the parks dotting the city. The route is signposted by rivets. 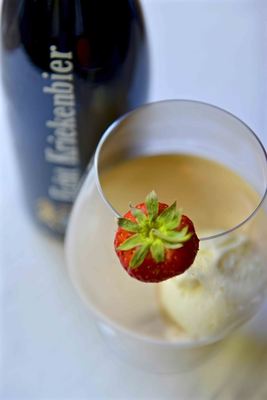 Sour Flemish red-brown beers such as Vichtenaar and Duchesse de Bourgogne are typical for this region surrounding Kortrijk and Roeselare. These ‘cut’ beers constitute a blend of young, top-fermented beer with beer that has matured and soured in oak foeders.

The Echt Kriekenbier made by Verhaeghe-Vichte adds freshly harvested krieken cherries to the mix.

If your taste veers towards stronger drinks, try an Elixir de Roulers, a yellow liqueur from Roeselare that has also matured in oak barrels, and has a pronounced aniseed aroma.

Or else, try the Barbe beer distillate, produced by Belgian Family Brewer Verhaeghe-Vichte.

A pear pie from Avelgem is filled with a spiced puree of cooking pears - a homage to this summery fruit.

We can also heartily recommend a slice of Kalletaart with a tasty cup of Grandma’s Coffee (Grootmoeders Koffie).

However, the bakers of the region do not only bake sweet wares. The piro is very popular in the Leie and Scheldt region. This is a savoury sausage roll filled with a hearty mix of pork and herbs. These regional products and many others can be found at bakers’, butchers’, cafés, bistros and restaurants.

If you are a cyclist, hiker or quite simply a bon vivant, you will find a warm welcome at several historic farmhouses where you can sample typical regional products.

Get in touch with Katrien Martin to arrange: