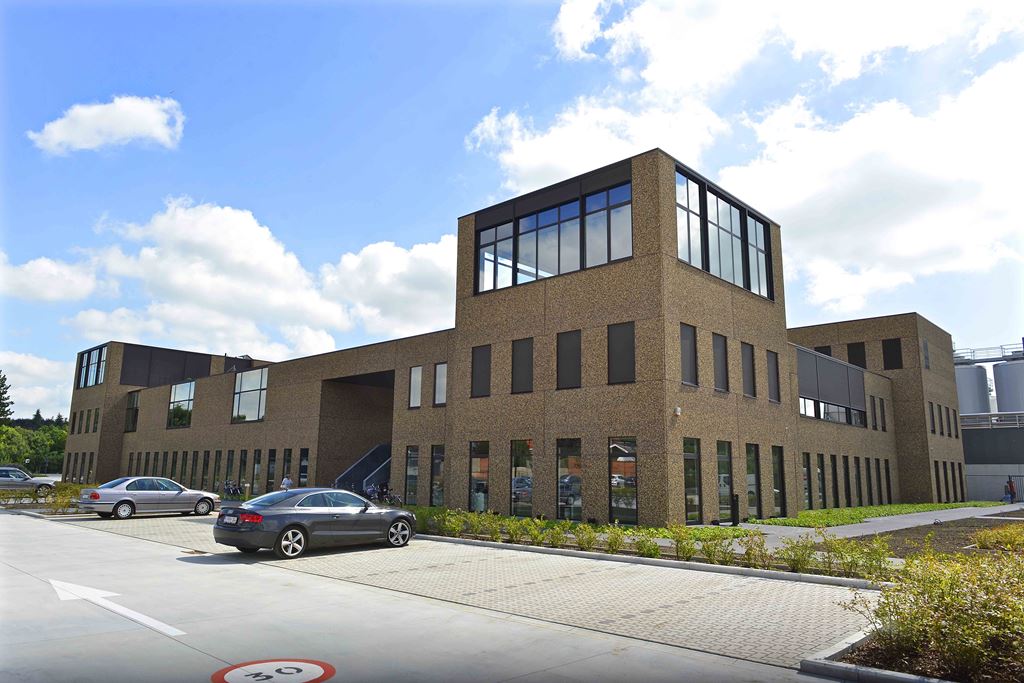 The Beginning – Kasteel Brouwerij Vanhonsebrouck is named after the famous fortress that also graces the brewery’s logo. Once the stronghold of the Count of Flanders, Robrecht de Fries, the castle was converted into a luxurious country mansion in 1736.

It wasn’t until the middle of the 1950s that the brewery acquired its present form when Luc Van Honsebrouck took up the reins of the company. In his own unconventional way he gave the brewery a new commercial focus and a direction for its products.

Within a few years the brewery was flourishing as never before, Luc Van Honsebrouck had made his name and was a serious player in the brewing world.

In the 1970s a geuzenoorlog (a “gueuze war”) broke out in Belgian football. Brouwerij Van Honsebrouck with its St Louis fruit beers was the main sponsor of Club Brugge.

Their arch rivals Anderlecht, from Brussels, were backed by the Vanderstock family and their Belle Vue beer. Sparks flew on the terraces and in nearby cafés. “If the Brusselaars claim that geuze cannot be made in Ingelmunster, no doubt it will be banned,” Luc Van Honsebrouck said.

These days Luc’s son Xavier leads the company and, just like his Dad, he has ambitious plans.

Xavier invested in a brand new brewery in the nearby village of Emelgem (in Izegem) that became fully operational in 2016 with a brewing capacity of 25,000,000 litres (twice the capacity of Ingelmunster).

The Izegem brewery is in fact several breweries under one roof, equipped with state-of-the-art technology for the production of top-fermented beers (Brigand, Kasteel, Filou, Slurfke), spontaneously fermented beers (the St Louis range), and beers of mixed fermentation (like Bacchus). It is a unique combination. 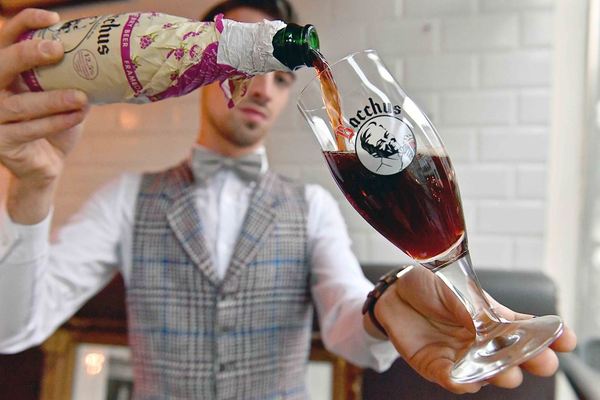 When Luc Van Honsebrouck joined the brewery in 1953, its products included brown table beer, export beer, pils and old brown (an oudbruin, later named Bacchus). The Bacchus turned out to be a great success, which prompted the brewery to focus on speciality beers to the exclusion of everything else.

In 1957 Brouwerij Van Honsebrouck purchased their first batch of lambiek yeast from Van Halen Frères in Ukkel. This particular type of yeast, in a wort, was produced in a cooling basin where it collects wild bacteria from the air.

The day after it was “infected”, the mixture would be driven to Ingelmunster, where it would be added to the casks or foeders in which the Bacchus was maturing. Thus, the Bacchus would ripen while mixing with local wort.

By transferring this small, precious yeast culture from cask to cask, the brewer managed to produce enough lambic to start up gueuze and kriek production.

The bacteria doesn’t just fall out of the air, but they are never far away.

They exist all around the brewery and the Van Haelen wort helped create a microbe-friendly micro-climate. And so, the St Louis Gueuze was born, followed by a kriek (cherry) and a framboise (raspberry) beer. Van Honsebrouck was to offer draught gueuze in time.

After Luc Van Honsebrouck bought Ingelmunster Castle he launched the popular Kasteel. And after tasting an aged Kasteel, Luc decided to brew a gastronomic beer.

Its touches of port and Madeira inspired him to create Cuvée du Château, a beer that is reminiscent of a Liefmans or a Rodenbach, enriched with touches of the Portuguese wine. It’s one to enjoy in front of an open fire.

Current CEO Xavier Van Honsebrouck sums up the brewery’s philosophy: “We give our beers all the time they need. We are not a beer factory. You wouldn’t make a Flemish Stew in a pressure cooker, would you?”

The 1980's saw a change in the Belgian beer market, with an increased demand for heavier, blond beers. In response, Van Honsebrouck launched, among other new beers, the Brigand, a very malty and strong beer. 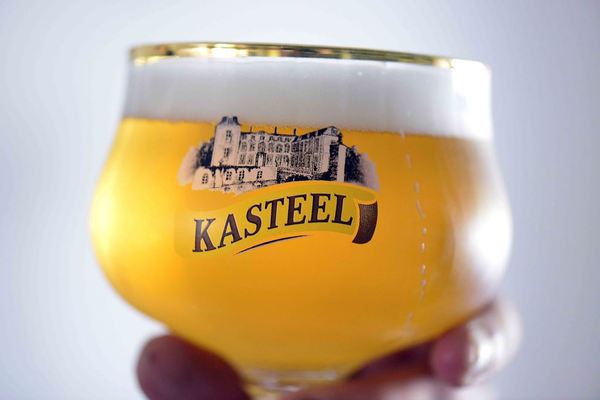 Nowadays, Luc’s son Xavier Van Honsebrouck - the seventh generation of the family to brew - follows in his father’s idiosyncratic footsteps in his own special way.

The brewery now offers a range of close to 30 different beers. Xavier, in co-operation with brewmaster Hans Mehuis, is already responsible for a number of new brews, such as the Barista Chocolate Quad, Kasteel Hoppy, Filou, Slurfke and Trignac XII, a Kasteel Tripel matured in cognac barrels. 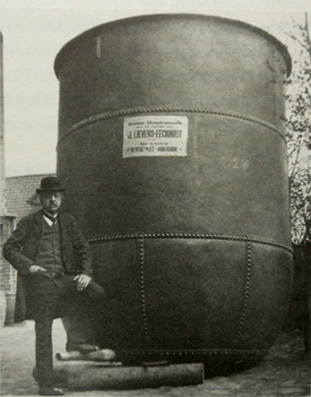 The story of the Van Honsebrouck beer dynasty starts in 1811 with the birth of Amandus Van Honsebrouck. He was a farmer who expanded his farm with a dairy, distillery and brewery.

After a number of failed attempts, Emile and his wife Louise De Poorter settled on the edge of Louise’s home town of Ingelmunster to set up the Sint Jozef brewery. Louise was the driving force behind the brewery until her favourite son Paul and his older brother Ernest took over the reins in 1922.

Ernest never married and when Paul’s health started to suffer his eldest son Luc (b 1930) put forward a proposition. Luc promised to gain his brewer’s qualifications to ensure the continuation of the brewery..

In 1953 he made his first steps into the brewery business. In the same year, he also broke with tradition by concentrating on speciality beers rather than trying to compete with the large pilsner breweries. What is more, Luc abandoned pils brewing completely and, in the middle of the 1950s, he changed the company name to Brouwerij Van Honsebrouck.

After 55 years, aged 78, Luc decided that enough was enough and it was time for a new broom and some new blood.

He has his father’s knack for trend-setting and a commitment to a vision; he’s another innovator who doesn’t necessarily follow tradition.

Xavier, with his wife Lindsey Herman, has four children (two sets of twins!), so the next generation of this Belgian brewing dynasty from West Flanders is now assured. Currently, one of the daughters, Michelle, is already partly running the successful brasserie. 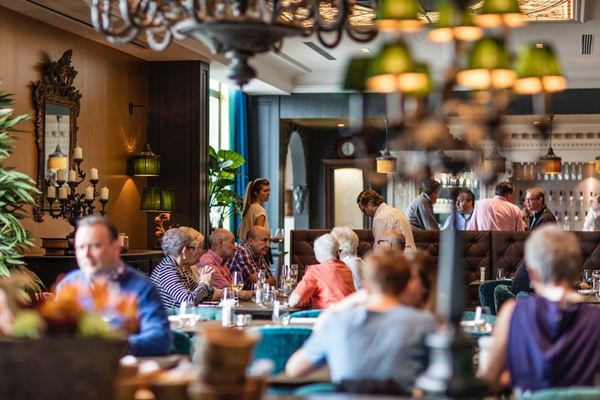 Bierkasteel Van Honsebrouck in Izegem has all the facilities to welcome visitors, and is very well-equipped to host parties and events, both private and corporate.

Bierkasteel brewery tours are held Tuesday to Saturday at 10.30am, 2pm and 4.30pm. Groups of 25 or more can also visit by prior arrangement.

You don’t always need to book weekday visits in advance, but tour places may be unavailable or limited if you don’t.

Tour guests will find out how top-fermented beers are produced from start to finish, and see how spontaneous- and mixed-fermentation beers are made.

They can admire the brewhall and the filtration, fermentation and cold-storage facilities. They tour the bottling line and the packaging area before ending up in the new barrel hall, where Trignac is quietly maturing.

Around 30 beers are brewed in Izegem. These include Kasteel, St-Louis and Bacchus. Most of these are available on tap at the brewery.

Enjoy your chosen beer in the Bierkasteel brasserie, relaxing by the open fire with its surround designed by Gustave Eiffel. The Bierkasteel Brasserie is an innovative restaurant in its own right.

The chefs use a top-of-the-range Mibrasa charcoal oven to preserve the natural aromas and authentic flavours of their ingredients.

Watch the kitchen brigade bustle around while you enjoy your meal.

On a sunny day there is no better place to enjoy a beer, with or without food, on the spacious patio with its views of the brewhall.

There is also a shop on-site, the ‘Bierboetiek’, which offers merchandise, gift packs and hand crafted chocolates made with the brewery’s own beers.

For more information or to book your tour, visit the Bierkasteel website. 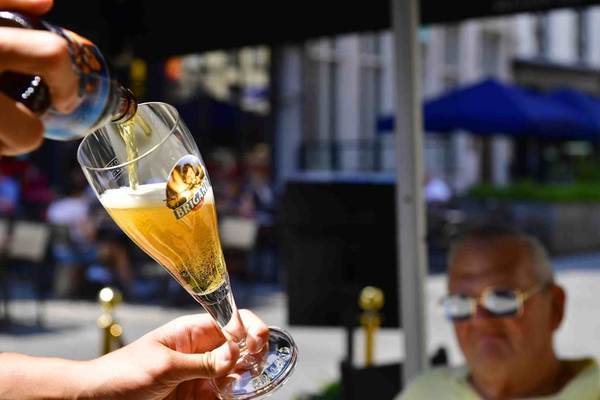 Izegem is a small Flemish community in the south of the province of West Flanders, part of the Leieland tourist region. This green, forested town is situated on the banks of the river Mandel.

The area offers a good choice of overnight accommodation and is home to a number of walking trails and cycling routes.

Ieper (Ypres) and many other World War I memorials and battlefield sites can be reached within an hour.

Nearby Ingelmunster is host to the annual Labadoux folk festival, which takes place on the first weekend in May.

Ingelmunster is sometimes called the Brigandsgemeente or “Town of the Brigands”, in remembrance of Brigands Sunday on 28 October, 1798, the day of the repression of the Brigands’ Revolt by the French during the so-called Boerenkrijg, or Peasants’ War.

He survived that crash only to die just before the war ended and the French paid homage to their aviation pioneer and war hero by naming their national tennis championship after him. 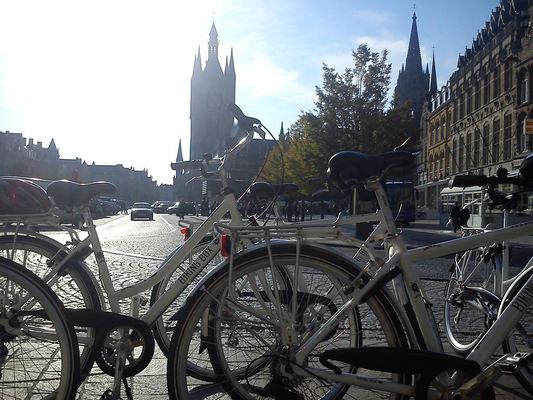 Izegem is relatively easy to reach with public transport. The train ride from Brussels takes just under 2 hours. There is a good road network: from Calais you can expect to drive for 1 hour 30 minutes, and the town is just a 30-minute drive from Bruges.

It does exist, but public transport is perhaps not the most efficient way to travel around the West Flemish area. So, if you are planning to do some touring, a car is the best option.

Once you have arrived at your destination and checked in, you can leave the car parked up; the scenery is nice enough to enjoy at a slower pace, certainly in summertime.

There are also several opportunities to discover the area by bike or on a scooter; guides can be booked for a varied selection of themed walks too.

Many of these are of course are related to WWI but there are also a couple of beer orientated tours. West Flanders has historically been the centre of hop production in Belgium so there is more than enough too see, taste and experience. See our relevant city guides for more information on the subject. 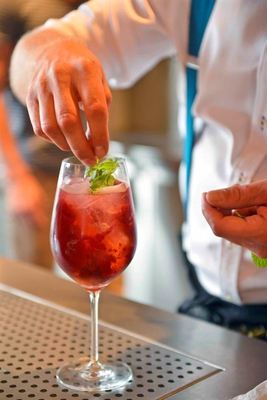 Izegem is located in the province of West Flanders, which has historic Bruges as its capital. The province excels when it comes to gastronomy as well as breweries; the density of Michelin stars is impressive.

The Sint-Sixtus brewery of Westvleteren, St. Bernardus, and the Struise Brouwers are just a few of the breweries in the vicinity, and two of Belgium's three-starred Michelin restaurants are also located in the province.

As this is the only Belgian coastal province, with a strong agricultural heritage, you’ll find a rich selection of regional products and specialities being served in local restaurants.

You are sure to find places selling the brews of Van Honsebrouck to enjoy with your meal.

As some of their brews (Cuvée du Château for example) have been conceived and developed as gastronomic/culinary beers, some chefs also use them in certain recipes, such as stoofvlees (Flemish Stew), one of Belgium's most undisputedly popular national dishes.

You can contact the tourism information office in Ingelmunster at: