An exclusive interview with Michel Moortgat (Part I) 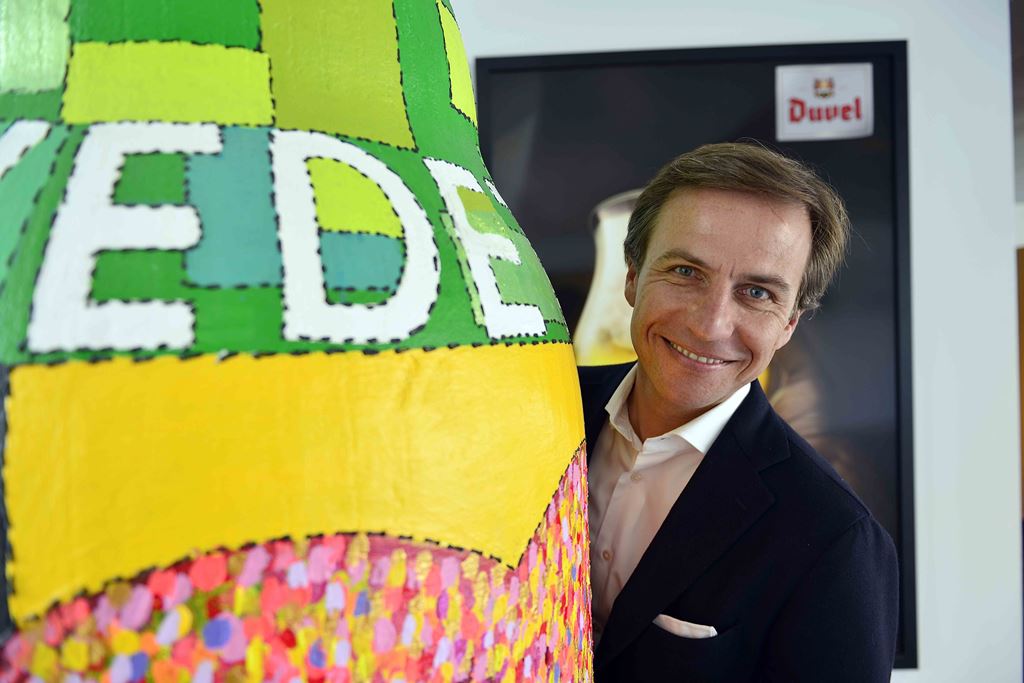 PUURS - I am standing eye to eye with a citizen of the world. Michel Moortgat, the CEO of Duvel Moortgat, took over half a year out to travel half the world with his family.Their first stop was Bhutan, the tiny kingdom hidden in the Himalayas where they strive for the highest Gross National Happiness.

“Interesting, a beautiful country with splendid Buddhist temples and monasteries”, Michel summarises. “But to say that everybody is walking around with a big smile on their face...”

The next destination was India; it impressed by the dynamic attitude of its young population, all in search of a better and more comfortable life. It is a country that wants to get on in the world. The brewer immediately makes a slight detour towards the subject of beer. “India offers a huge potential for beer.

The climate is suited to it. Moreover, many Indians are familiar with alcohol, whisky and gin especially. But you have to do your brewing in the country itself. High import taxes would put our beer beyond the reach of most people. You also have to factor in the distance. Variations in temperature during the long sea voyage will be a big risk factor. This is why we use temperature-controlled containers for transports such as these. If you don’t, the quality of your beer will suffer, it will taste of paper and become oxidised”. 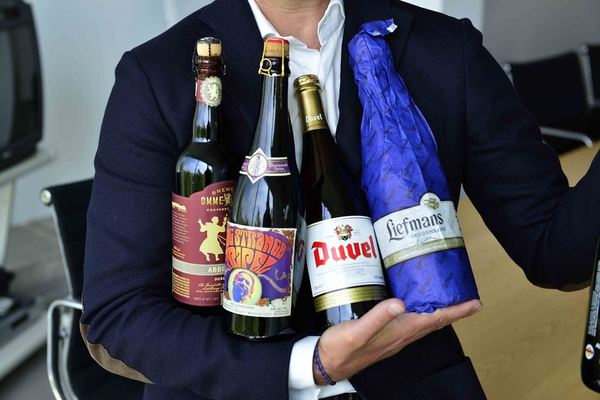 Beer made ‘by us’

After a brief stop in Thailand the journey continued towards Japan, China and the USA. In the States, Michel paid a visit to both the East and the West Coast. “Our plan was to visit a number of rising economies with which our children may well come in contact later on in their lives”, Michel explains.

”We were particularly impressed by the boundless ambition of India and China. Especially the Chinese will make huge sacrifices in the name of progress.” The brewer also noticed that on a world-wide scale, beer is still a local product.

More Duvel is consumed in its home city of Antwerp than anywhere else. The further away you are from the city on the Scheldt, the less Duvel you are selling, with the exception of the USA. People do prefer to drink their local beers.

“In order to be successful, the Belgian brewers will have to do their brewing abroad, albeit on the basis of Belgian recipes, with Belgian know-how and possibly with imported ingredients”, Michel feels. “On top of that, you can always export smaller volumes. And don’t forget that many consumers are more discerning as to their food and beverages. They want to know the origin of their food, who is producing it and its environmental footprint.

Really, why would you drink French water in Japan or Scandinavian water in the USA? Also, we also come across economic protectionism. The consumer wants to support his or her local economy”. 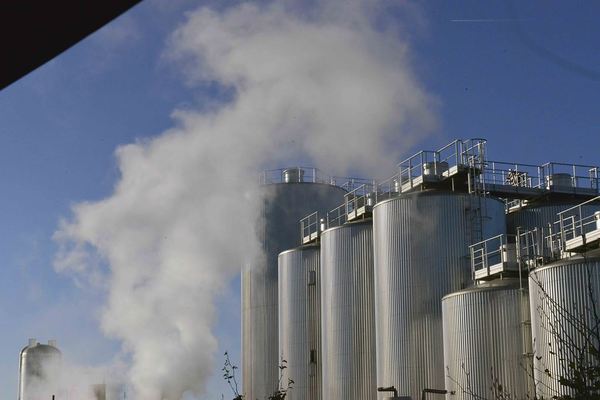 The pendulum is swinging back. In years gone by we started off with a community of artisans. The brewery was located in the shadow of the church tower and only supplied its own town or region. This model proved unsustainable due to pressures from consolidation, further industrialisation and wholesale distribution.

The world has now turned into a village”, Michel states. “Perhaps it has all become too uniform, too standardised, ‘one size fits all’ and people are once again hungry for products with a soul, in search of diversity. Stores are offering fifty different varieties of olive oil, for example.

Also bear in mind the renewed popularity of regional and seasonal products. Why eat strawberries in winter when they taste so much better in the summer?” The recent surge of microbreweries also forms also part of this story. For example, there used to be only three main players in Japan.

These have now been joined by an entire army of small breweries. This is how people discover new beers, styles, aromas and tastes. The brewer feels this is a very positive development. “The public finds out that there is more to the marketplace than the main brands. There are plenty of small players”, Michel continues. “And, sooner or later, this will lead people to an appreciation of Belgian beers.

After all, there are not many countries that can offer such quality and diversity. However, the lion’s share will go to local breweries provided they can offer consistent quality, like they do these days in the USA”. 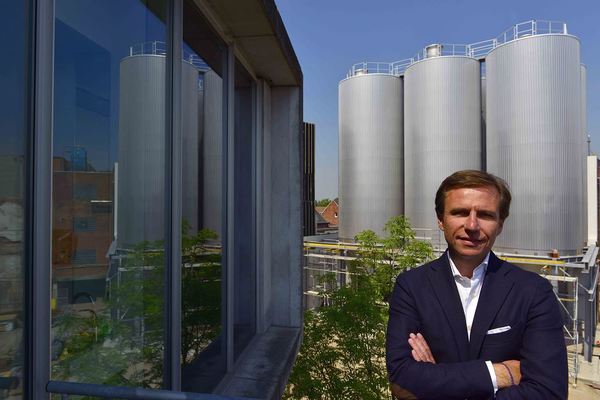 Michel Moortgat is convinced that a great future is in store for Belgian brewers, as long as they realise that the world keeps on turning. They must be in the vanguard in terms of quality and diversity. This attitude explains the increase in exports. In the USA they can now look back upon thirty years of ‘craft brewing’. Many high quality beers are now being brewed across the pond.

“In contrast to Belgian brewers, the Americans do not carry the weight of tradition on their shoulders”, Michel comments. “They have fewer prejudices and they are open to change. In our brewery, founded in 1871, things are different. We would give a lot of thought to altering a successful formula that has proved itself over the years”.

This scenario is far from black and white; rather, there are many shades of grey. Belgian brewers are in search of balance in the glass and strive for the finesse of a superb beer.

Countries with a younger beer tradition are more likely to go for extreme tastes first and foremost. At the end of the day though, quality will win through and the consumer decides. “It takes time to develop your taste palette”, the brewer knows. “Take, for example, a very traditional beer such as our Liefmans Goudenband that is not very well known, even in Belgium. We have been cultivating a market for this in tandem with the more accessible – and more widely available - Liefmans Fruitesse.

You cannot push through a development such as this; it has to happen in its own time. But some beer lovers go the extra mile. They are now comparing the various vintages of beers that cope well with being stored”. 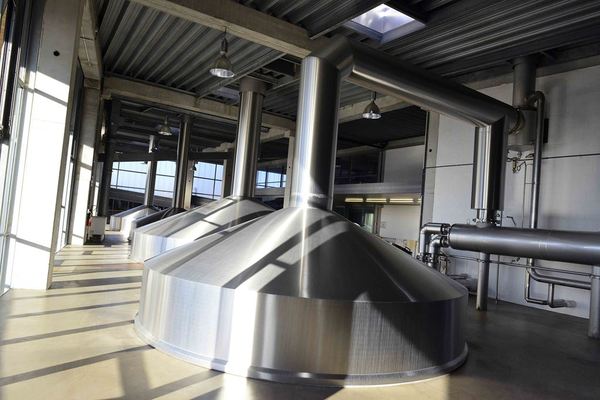 ‘Imported from Belgium’ adds value for consumers in less mature markets, China for example. Over there, consumers are more easily convinced of the superior quality of an imported beer. In addition, you enhance your individual status if you can demonstrate that you are able to afford a foreign beer.

There is a lot of respect in China for Belgian beer culture. At the same time, the number of café breweries and microbreweries is increasing and people discover that pils is not the only beer.

“Beer imported from Belgium reflects a quality image”, Michel explains. “There is a link with various food scandals – milk powder, pork, water… - that have undermined confidence in the quality of local food products”.

In contrast, if you want to make a splash with an imported beer in mature markets that already have a flourishing brewing sector, such as the USA, your product has to be unique and must be backed up with a solid background story. This explains the success of Belgian icons such as Trappist beers, saisons, roodbruin from West Flanders, oudbruin from Oudenaarde, lambiek, oude geuze en oude kriek.

These last three beers mentioned, by the way, are now forming the inspiration for the wave of ‘sour ales’ that are trying to conquer the market following the latest craze for IPAs. 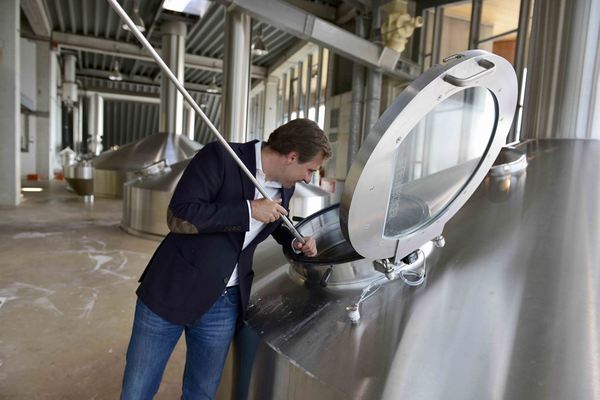