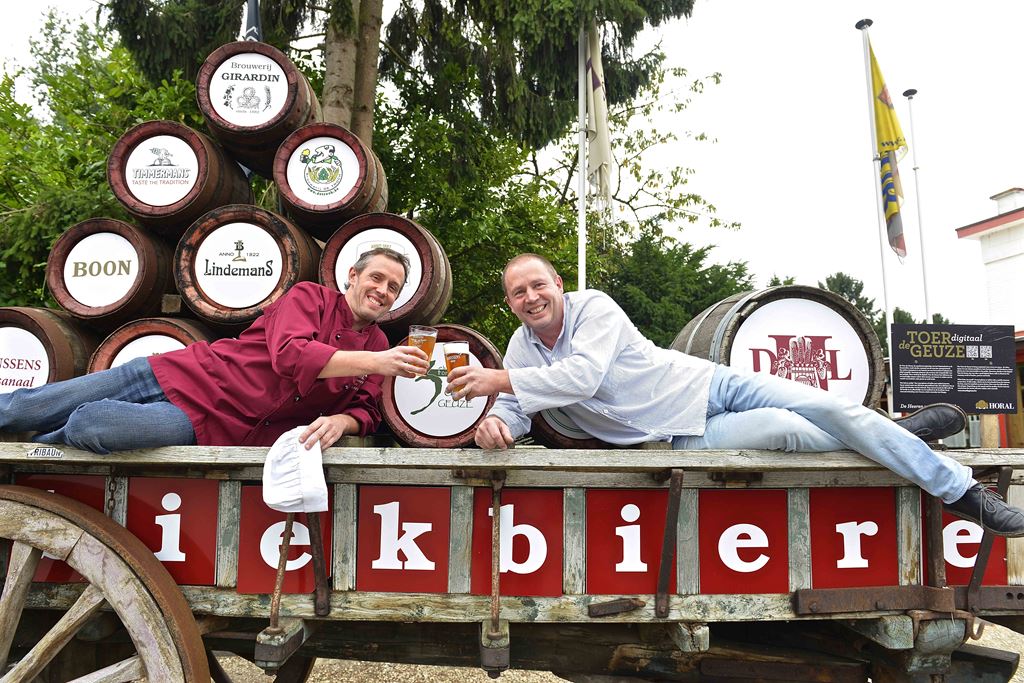 DENDERLEEUW/BRUSSELS - Awarded the crown of best beer restaurant in the world. For five years in a row! De Heeren Van Liedekercke restaurant in Denderleeuw, not far from Brussels, has become an iconic destination for beer lovers, with a steady stream arriving on a pilgrimage to their beer and food mecca.

As they book their table they ask about the vintage beers the two gentlemen owners, the heeren, have in stock and ask them to put a bottle or two aside for them.

“It is especially gueuze fans who beat a path to our door,” Joost Du Four says with a knowing smile.

“They know they can call on us to commission unique blends for special occasions like birthday celebrations."

"What’s more, we stock all of the Belgian Trappists including bottles of an older vintage.”

For instance, If you ask for an Orval you can be assured it is at least six months old. 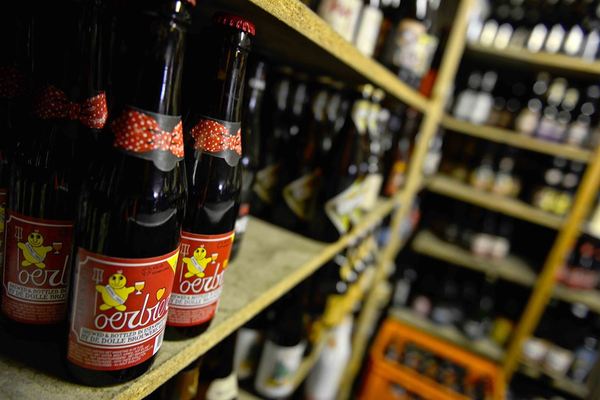 A trip down to the cellar is nothing short of a revelation. When I enquire after the oldest Orval in stock, Joost is quick to pull out several bottles. “This one is older than I am,” laughs our host, who is in his forties. “It is doubtful if this particular one is still drinkable”.

“We also have our house beers produced by several breweries but based on our own recipe,” Joost tells us.

“The Heerenbier, brewed by Boelens, is a dark beer with dry hopping. Sodalitas is a bitter blonde crafted by De Herberg, and our house gueuze comes from Cantillon.”

Their almost endless range comprises all the classics as well as lesser-known beers and covers every Belgian beer style.

“We have always been on the side of the small breweries,” Joost insists.

“We want to surprise our guests time and time again.”

The beers from La Botteresse, a lesser-known brewer which uses herbs as an alternative to hops, are just one of the surprises in store. 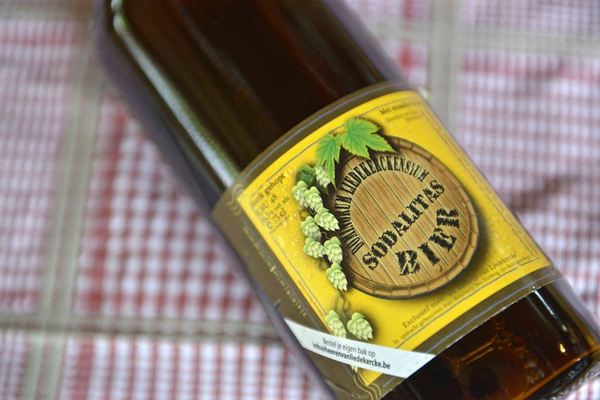 De Heeren van Liedekercke was set up as a specialty beer café back in 1991. Joost’s brother Tom, a qualified chef, joined the business in 1999, at which point it became a fully-fledged beer restaurant.

“When I started out, beer restaurants were few and far between,” Joost tells us. “But beer was our focus from the word go.”

Joost was bitten by the beer bug a long time ago. At the tender age of 12 he developed an interest in brewing. A few years on, he paid his first visit to a brewery. In the meantime, he was devouring beer books, including Great Beers of Belgium by British beer guru Michael Jackson.

Joost: “From the outset, I was determined to sell the entire range of beers made by lambic brewers and geuzestekers in my café. However, one of these brewers refused."

"Armand Debelder of 3 Fonteinen would only agree to let me sell his lambic, oude gueuze and kriek on the condition that he could teach me all there was to know about these beers."

"He felt that you could not sell a product you were not familiar with. I will be eternally grateful to him to this day and my love for lambic beers has only grown thanks to him.”

These days the Heeren restaurateurs welcome beer lovers from the USA, Italy, Scandinavia, the UK, Canada and many other countries.

Their pilgrims browse endlessly before making a selection from the well-appointed beer menu.

However, you will search in vain for extreme beers. “Belgian brewers strive for a balance in the glass, that is our tradition,” Joost assures me.

“Our brewers produce quaffable beers, good thirst-quenchers, or else beers that you can sip slowly, savouring the flavour, without being bored. Extreme beers made by Belgian brewers are usually destined for export or else, they have been made to order.” 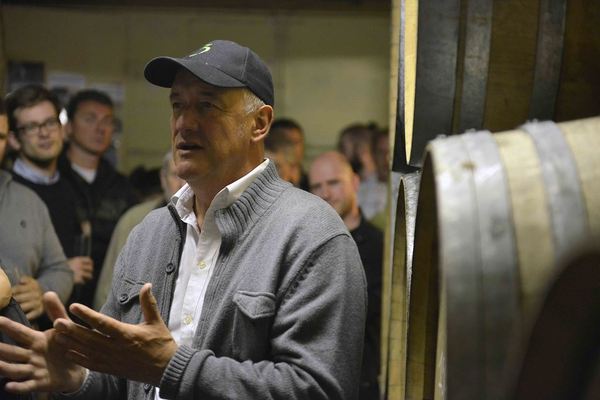 Even though beer counts as ‘a sandwich in the glass’, you want to see something on your plate when you visit a restaurant. And De Heeren van Liedekercke does not disappoint diners.

They have a tasting menu, of five to seven courses, that changes every month. Each course is served with a choice of two beers, served in small tasting glasses and making a perfect pairing with the food on the plate.

“We strive for harmony as well as contrast,” Tom Du Four explains. “In some pairings, the beer will reinforce the aromas and flavours of the dish. Other combinations are intended to complement the food.”

Tom has a strong preference for local produce delivered fresh daily. The restaurant has a working relationship with a local artisan butcher as well as a farmer.

The chef also cooks in tune with the seasons. In the spring, asparagus features on the menu, the summer will see the introduction of strawberries, and so on.

This top-of-the-range brasserie cuisine translates into classic dishes such as steak, mussels, beef stews or roast chicken in a beer sauce accompanied by fries or bread. Culinary inspiration is also drawn from beyond Belgium’s borders, take a lasagna for example, or recipes using the Burrata cheese from Italy that is not unlike a Mozzarella.

But the beer always draws you back into familiar Belgian territory. “I think it’s great that beer is now taking up its rightful place in gastronomy,” Tom enthuses.

“Hard to believe that when I trained as a chef, it hardly deserved a mention. Unbelievable!” He presents me with a box of praline chocolates crafted on the premises.

There is one called brouwketeltje (‘the small brewing kettle’) that contains hop jenever. The other six hold ganaches based on six different beers: sweet and sour kriek, the two house beers plus an Orval and a Tripel Karmeliet – further proof of the art of beer pairing in an ever-changing chocolate coat.

Beer and chocolate, this must be Belgium! 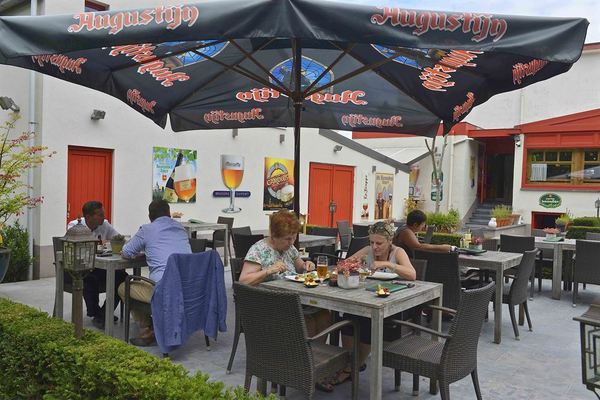