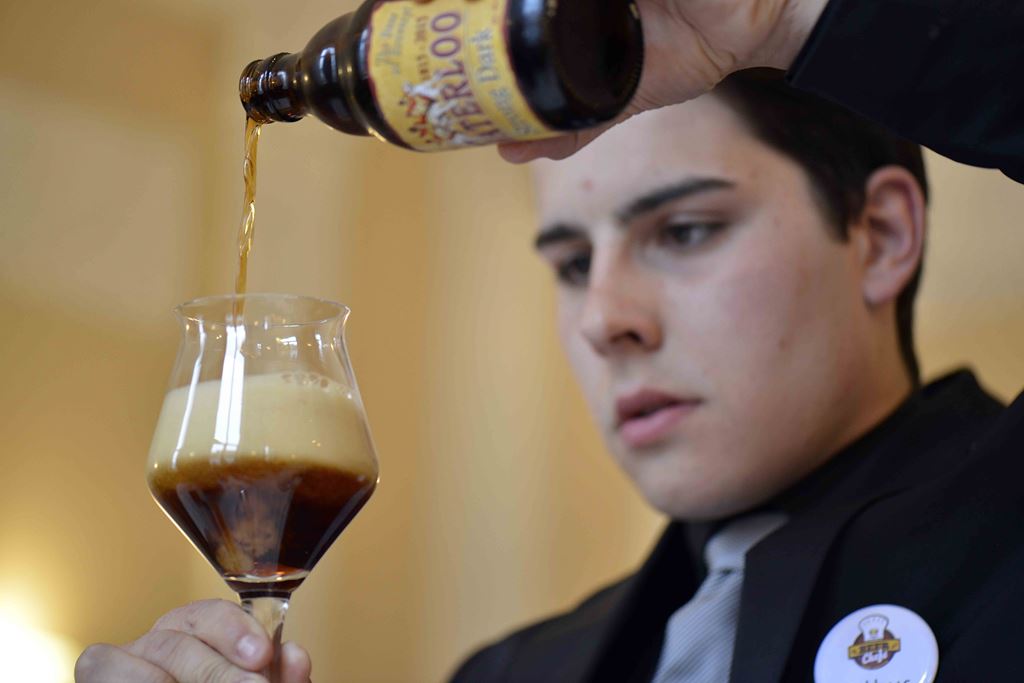 FLEURUS/CHARLEROI - Beer can finally claim its rightful place - on your plate as well as next to it. Only two days after celebrity chef Sergio Herman and his team from Michelin-starred restaurant The Jane in Antwerp received the Beer & Gastronomy Award, four hotels schools from Brussels, Namen and Doornik (Tournai) battled it out for the title of BeerChef.

The venue for the contest was the Notre-Dame hotel school in Fleurus (Charleroi), which did not compete on this occasion.

Next year the victorious hotel school will host the contest and undoubtedly, a team from Notre-Dame will be there to battle for the honours.

For weeks before the contest the participating teams - a chef and a member of front-of-house staff - immersed themselves in preparation.

They visited four Belgian breweries, where they could bombard the brewers with questions and taste the beers under professional tuition.

This gave the students a deep understanding of the brewing process and the wide range of flavours and styles represented in the Belgian cooking. Needless to say, they also got a taste for using beer in the kitchen.

Initiatives such as BeerChefs are significant as hotel schools often do not pay enough attention to beer. 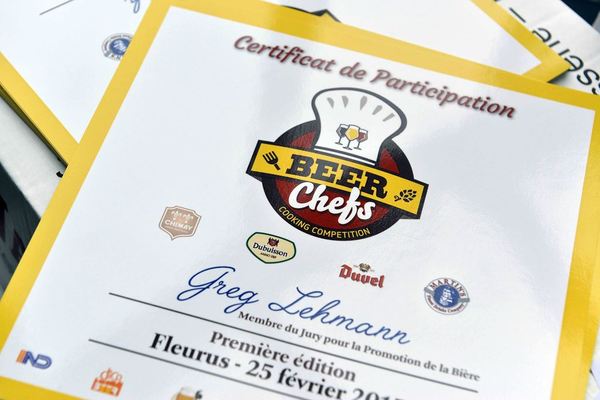 This initiative was started by teachers from the Notre-Dame hotel school with the help of communications specialist Didier Colart. He’s the man behind the Belgian beer-themed Trivial Pursuit game.

All the BeerChefs founders are beer lovers who believe their favourite drink is too often ignored in culinary circles. They are going to right this wrong.

It’s a deliberately low key start, but if the success of the contest motivates other schools and breweries, BeerChefs could eventually grow into an annual nationwide beer-cooking and beer-pairing contest.

There was plenty to savour at the first BeerChefs contest: beer cocktails, starters, main courses and desserts, each dish paired with the appropriate brew.

For each course the chefs could only use Belgian beers from the same brewery, and the beers used in the cooking were served to accompany the dish.

The jury members clearly enjoyed themselves, but this did not stop them from probing the students about their knowledge of beer and how they came to select their beer pairings. 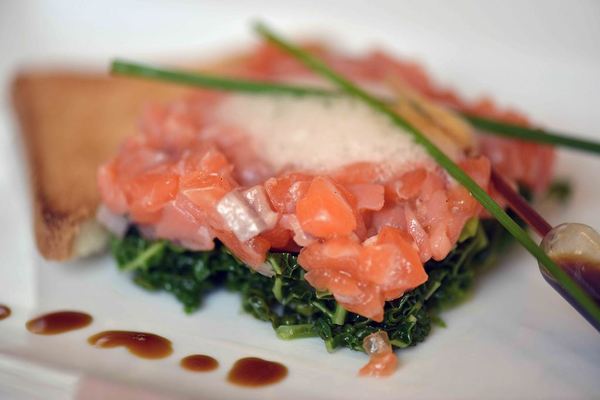 Opening up all the registers

So, what was on the menu? Starters included a ceviche of prawn and Malmédy trout; a salad of chicory with white tripe and Granny Smith apple; tartare of salmon marinated in brown beer; and tartare of salmon with curly endive infused with soy, the last in pairing with a blonde beer.

There was a huge difference in beer pairings, even though the dishes themselves were similar. One young chef will aim for complementary flavours, the other makes the most of contrasts...

This could result in a surprising combination of a medium-sweet, dark beer in combination with a spicy dish.

It was fascinating to see how the young chefs interpreted all this with only a limited choice of beers at their disposal.

In the end there always has to be a winner appointed, and at this first edition of BeerChefs the prizes went to 20-year-old Christos Golfinos and Arthur Michelini, who is 19; congratulations to them both.

We are already dreaming of the next edition, with a wider range of beers so the students can play on more registers. This contest should grow and grow. It takes years to explore the rich and varied taste spectrum of Belgian beers and to translate it into delicious dishes and perfect beer pairings. 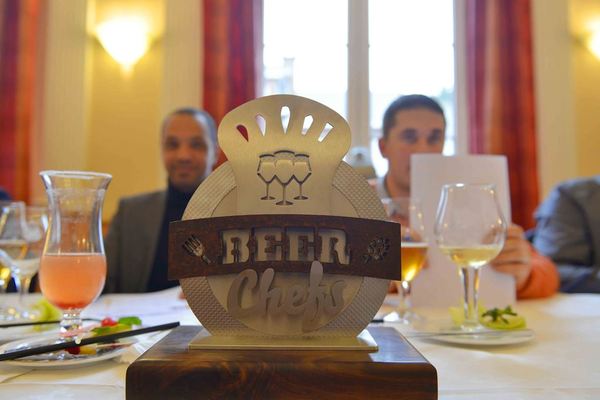