LEUVEN/NEERIJSE - You may not have heard about it yet, but something is afoot in the little village of Neerijse, and it's long abandoned local brewhouse of De Kroon. For Belgian brew-masters in search of yeast expertise, though, Neerijse is becoming a place worth a brightly coloured pin on the world-map of Belgian beer.

That's because it's here, close to Leuven, that the Delvaux family have set up shop.

And father Freddy and son Filip Delvaux belong to that elite club of beer experts – those considered most responsible for Belgium’s high standing in the beer world.

If you're looking to find out which yeast is best suited to your beer, are in search of a new yeast or just want to know how a particular type of yeast will perform with the recipe that you have in mind, the Delvaux's are sure to have the answer.

The elder Delvaux, Freddy, started his career as a brewmaster with AB Inbev. He then set up the beer laboratory at Leuven University, which he headed up for many years.

Filip was to follow in his father's footsteps. Both father and son Delvaux are now providing technological advice to the cream of Belgian breweries. They are now both highly sought-after for their expertise in the yeasty field of fermentation. 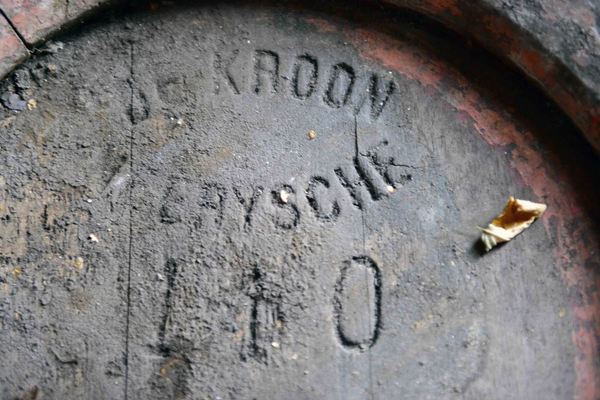 Freddy and Filip have now opened their very own Biercentrum at De Kroon, in the heart of Neerijse near Leuven. It's an apt revival for a well-loved local brewery. Its traditional brewing equipment sat gathering dust for many years.

Up until 1983, when it shut shop, the De Kroon brewery produced table beers and regional beers such as 'dubbel witbier' ('dubble wheatbeer').

Now a new microbrewery has been installed, giving Freddy and Filip a home-from-home to test and brew their own beers, albeit on a limited scale.

There is also a well-equipped laboratory, where they can continue conducting their testing on behalf of other breweries. And there's more. In fact, these days De Kroon is really a fully-fledged beer experience centre.

You can tour the old-time facilities, discover the brewery’s rich history, learn the art of tasting beer and enjoy the new Delvaux brews.

So there’s plenty to cover in our interview with Filip Delvaux. But first, to those beers. 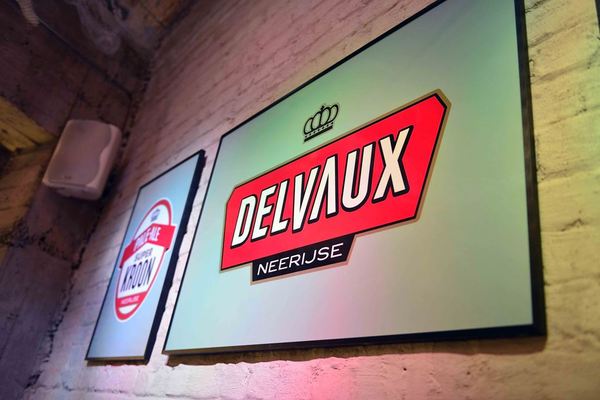 For the moment, the Delvaux's have a trinity of beverages to hand, from their revived brewery. Unsurprisingly, yeast notes feature highly. De Job (6.0% ABV) is an unfiltered blond beer with gorgeously fruity yeast aromas.

The Super Kroon (6.5%ABV) is a dry amber pale-ale with a malty caramel nose, full of fragrant hops and noticeably yeasty aromas.

Pineapple, apple, truffle are all hiding in there, and there is a pleasantly bitter finish.

Delvaux (8.5% ABV), by contrast, is a mild, slightly bitter, special blond, full in the mouth, with a yeast reminiscent of wine. It has a complex fruity chardonnay-like bouquet, with touches of citrus and tropical fruits.

But that's not going to be the full range. “Also, we’ll be bringing out something special once a month”, Filip Delvaux reveals.

“That makes it so much fun for us. We can experiment to our heart’s content and we get instant feedback on the beer.” Moreover, at De Kroon the Delvaux's are regularly ‘translating’ ancient recipes into modern beers. A permanent exploration of brewing history, if you will. Or “great fun”, as Filip calls it.

“We are interpreting old recipes, studying how they were brewed in the old days, and then adjusting the formula based on modern technical requirements and consumer taste.”

One well-known such project, to which they contributed, was the relaunch of the Seefbier.

It was a very popular beer before the Second World War in the Antwerp quarter of Seef.

After a long search they managed to track down the yeast needed, which actually originates in the baking world. 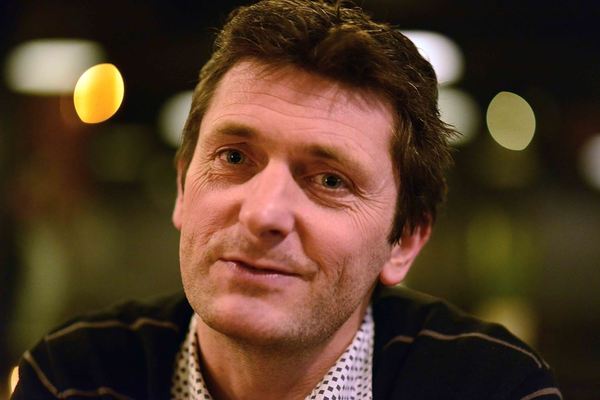 Yeast is by far the most mysterious constituent of beer, reckon the Delvaux's. You can see the yeasts at work in an open 'koelschip' (coolship) or through the window of a fermentation tank; you observe them under the microscope; and you can smell the aromatic components they produce.

Nevertheless, yeast is less tangible than hops or malt. “The yeast is the soul of the beer”, Filip Delvaux explains. “The worst thing that can happen to a brewer is that he can no longer use his yeast.

Beers can be recognised through a brewery’s house yeast. A beer’s DNA is largely determined by the yeast”.

Yeasts are everywhere in nature – and all over most breweries. Filip is regularly scraping down the beams of old breweries in search of usable yeasts. “It’s like a sport for me”, he laughs.

Filip is a bio-engineer, just like his father. His dissertation was on the subject of ‘cloudiness in white beers’. After getting his doctorate, he spent a number of years carrying out audits for a number of breweries. “We take beer samples and analyse them”, he tells us.

“In this way we are involved with all aspects of the brewing process: the raw materials, production, technology, biochemistry... in brief, everything that can affect beer quality.”

“Take a brewer who is investing in a new brewing hall. We will advise him when he switches from the old to the new equipment; there is always a risk involved as the character of the beer may change.” 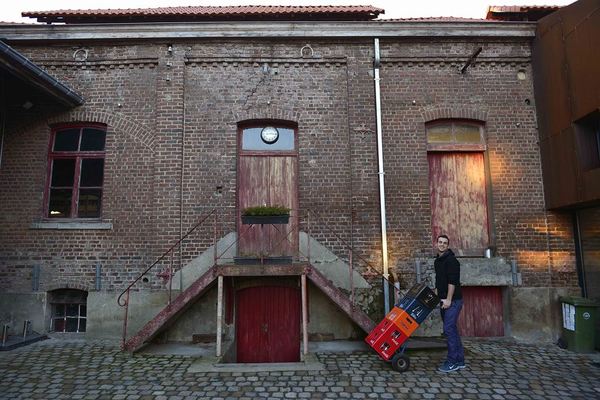 From beery highs to pils lows

We are now travelling one hundred years back in time, to when low fermentation beers (pils) were replacing the traditional high fermentation Belgian beers. They were taking over because they offered the advantage of remaining stable for longer, and were less prone to souring.

“Before the introduction of pils, brewers mainly relied on mixed fermentation”, Filip explains.

“One way of achieving this was to cut (blend) young beer with soured old beer, as is done with the 'roodbruin' beers of West Flanders.

“The popular 'tonnekensbier' was drunk as quickly as possible, even before it had finished fermenting,” he adds. “There were no facilities to keep the beer cool and so it was difficult to store, especially in the summer.”

That worry over preservation helps explains the hopiness of older beers. “Generally, beer then had a heavier hop content, which served to slow down the lactic acid bacteria.

With our 'Super Kroon' we are re-visiting this pre-war beer taste,” Filip states.“Each component affects the beer in a different way”, he continues.

“This is why, when a new beer is developed, we will compare the same brew but made with different yeasts and hop or malt varieties. The results can vary hugely. If you replace the yeast in a pils with a more aromatic one, you will get the impression of a speciality beer.” 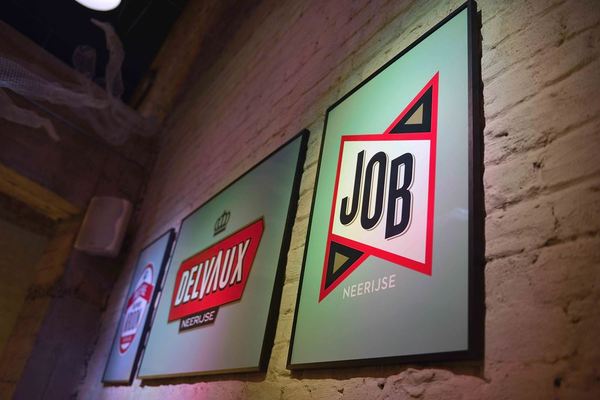 The Delvaux's stress the importance of custodianship by the current crop of brew-masters. “Belgian brewers must defend our reputation and only market top-quality beers”, is Filip’s opinion. “The previous generation has fought hard to establish the good name of Belgian beer around the world.”

“It is important to separate the wheat from the chaff. Brewing is a trade that deserves to be protected, just like the tasting of beer.”

Not that things will remain static. “You are dealing with a delicate commodity that is chemically imbalanced. The beer will continue to evolve. It is important to have a good grasp of the process.”

Filip is warming to his theme. He prefers those beers that are unique, with a complex taste, to the ‘me too’ beers, which tend to fit into existing beer styles – but without adding a new dimension.

“With unique beers you keep things exciting and you will be able to amaze people”, he stresses. Ideally, you start off with a tasty beer, preferably with a unique character, but also with a complex taste and perfectly balanced. Filip has an counter-example in mind. “Give me five IPAs (Indian Pale Ales) that are half a year old, and there’s every chance that they will all taste the same.”

His opinions are all the more valued, because, as a scientist, he is contributing his objective, non-commercial views – and so enriches our beer culture.

And of course, that science remains to the fore of what the Devlaux's do here at De Kroon.

“Our lab now employs five staff”, he tells us. “A standard analysis comprises every possible aspect of quality: clarity, colour, taste, acidity, alcohol volume, how the froth is produced....”. De Kroon extends that science to the market tests that it regularly hosts, with their formal tasting panels.

Now, if, on top of all that science, the beer tastes good too, then all is well...