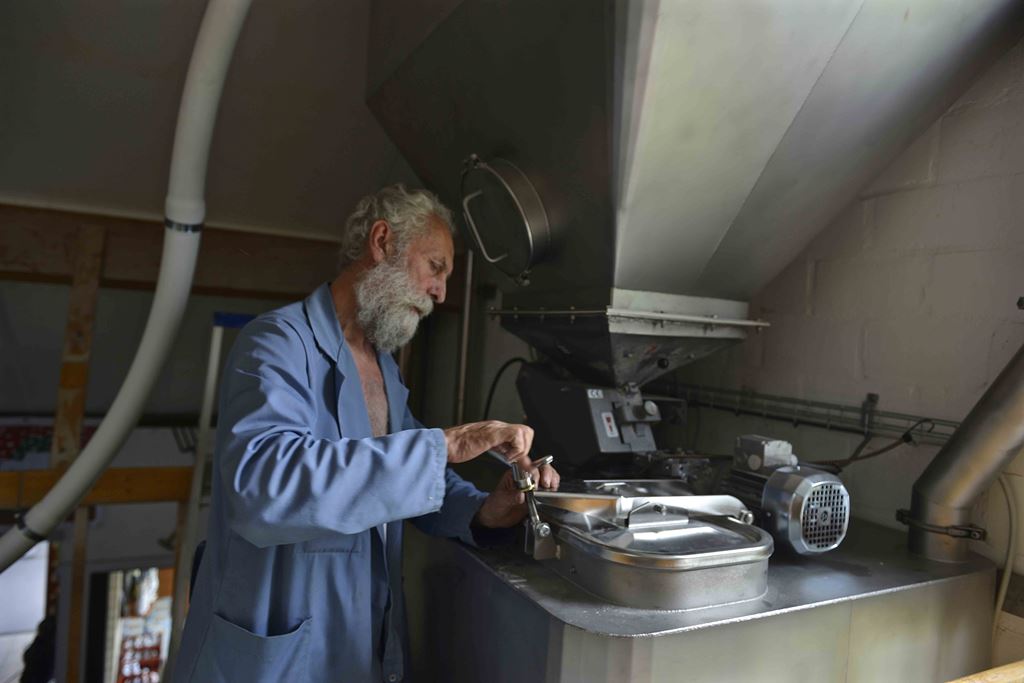 ERPE-MERE - He is an author, beer guru, brewer and taster, but first and foremost an educator. Teaching is in Jef Van den Steen’s blood, he was once a maths teacher....

Jef has an explanation for everything. Every question receives a considered answer, peppered with anecdotes. I meet Jef in his microbrewery, The Glass Tower (De Glazen Toren).

Outside the mercury is slowly climbing up and is threatening to reach the 40°C barrier. “It is far too hot to do any brewing, I can’t get the wort to cool down,” Jef begins.

We soon travel down memory lane to the 1980s, when the tide was turning in the world of Belgian beers. In those days, the new wave of microbreweries was represented only by Dolle Brouwers and Brasserie d’Achouffe, two pioneers who started from scratch.

They heralded a march towards the popularity of Belgian specialty beers.

“At first we noticed this in the south of the country, in the Ardennes region,” Jef tells us. “Down there, they immediately recognised the tourist potential of regional beers and local produce.”

A second wave saw the advent of beer selling firms; the total is now at 90 and climbing. The Lochristi trial brewery (De 'PROEF'brouwerij), with its world-wide reputation, is still the engine propelling the beer firm movement, brewing on behalf of these outfits both in Belgium and abroad.

Brewing beers that others will sell has grown into a separate business.

There have long been companies that introduce a beer brand to the market and outsource its production to breweries; this is not a new market phenomenon.

In the meantime, the story of outsourcing is no longer black and white.

Plenty of grey has crept in. You may come across ‘brewers who hire’.

This type of brewer may hire their colleagues’ brewing equipment to brew his or her own beer or else, the brewers will produce small batches using their own equipment and call upon their fellow brewers if they require a larger capacity.

The quality of these beers is a separate issue and it is not one we feel compelled to judge here. At the end of the day, the contents of the glass will speak for itself and the beer drinker seals the fate of the brew.

Jef says that he sees plenty of chaff amongst the wheat, and very much supports the excellent brewing education that is on offer in our country. A clear hint, one that could not be more transparent. 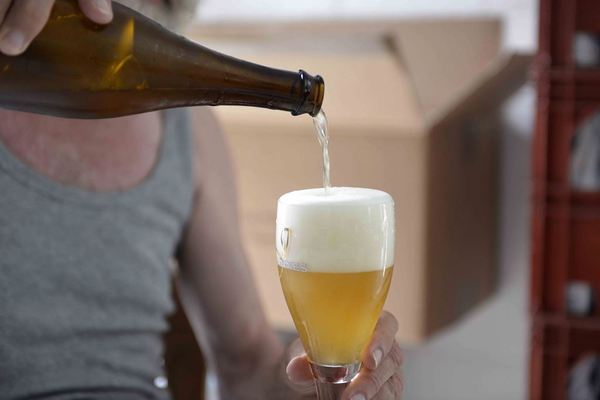 Taking it One Step Further

Jef is an authority when it comes to Trappist and lambic beers. His respect for tradition is such that he will not allow himself to be inspired by these beer styles when it comes to producing his own brews. “I confine myself to producing beers that I feel are the best they can possibly be,” he says.

“Some brewers carry on experimenting and take it one step further. I applaud this as, after all, it enriches our beer landscape.”

We taste a saison and an amber ‘spéciale belge’. Both have completed their fermentation and, as a result, are rather dry and well balanced. “My aim is that, after the first glass, you want a second,”

Jef laughs. “Many beers are called ‘exciting’ or ‘interesting’ but give them a go and your first glass may also be your last.”

I ask Jef about the international allure of Belgian beer and he tells me about the respect he enjoys from his Italian export partner.

“The ‘Belgian beer’ label makes for a great introduction,” he assures me. “However, importers still look at Belgian beers with a critical eye. And why not? A beer is not necessarily good just because it comes from Belgium. And many colleagues based in other countries produce beautiful beers.”

This brewer focuses on producing his own small range, comprising his own interpretations of traditional beer styles such as saison or white beer.

During our chat he mentions a new trend: abbey brewing.

If you want to sample their beers, you will have to make a pilgrimage. The example of the Trappist abbeys which brewed within the abbey walls is now being followed far and wide.

Quite often you will have to make your way to the abbey tavern to find a beer that is not marketed through the usual retail channels. Think of the lighter ‘green’ Orval, the Westmalle Extra or the Averbode. 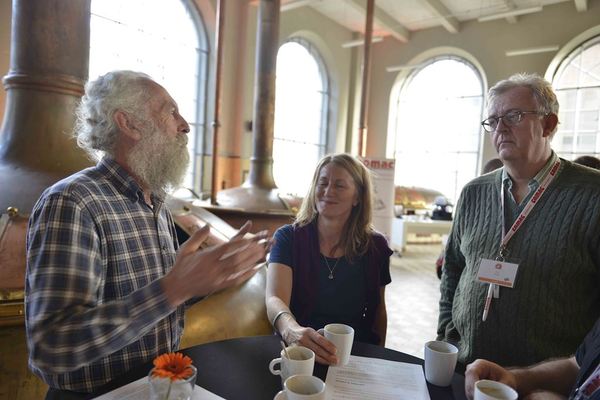 Jef believes that simpler is better, he is a back to basics brewer. The organic way his equipment has been collected bears out his credo. Jef’s feet are firmly planted on the ground and any possible improvements are weighed up carefully.

“We started off brewing with rather primitive equipment”, Jef tells us with a smile. “We have come a long way since then."

"But we have never been tempted into making investments that went above our heads. Also, we like to brew on a modest scale. We want to be 100% certain of the quality of what we produce.”

Jef adds to his knowledge every single day. Brewing is searching, always. For example, he has recently discovered the very best yeasts, a mixture of dry yeasts that were freeze-dried, or lyophilized, at their full point of expansion.

This meant that the yeast immediately worked at its full power and performed better than yeast that had been recovered from previous brews.

We head to the garden behind the brewery where a surprise awaits us. “Would you like to have a taste of true Schaerbeek cherries?” Jef asks me as he picks the fruits straight off the tall tree. These are the cherries that are traditionally used to brew an ‘oude kriek’ in the Brussels region.

They are amazingly small. I realise why this variety is rare these days: cultivating this type of cherry was not worthwhile from a financial point of view.

Their taste, however, is superb. A glass of ‘oude kriek’ will make my dream complete.