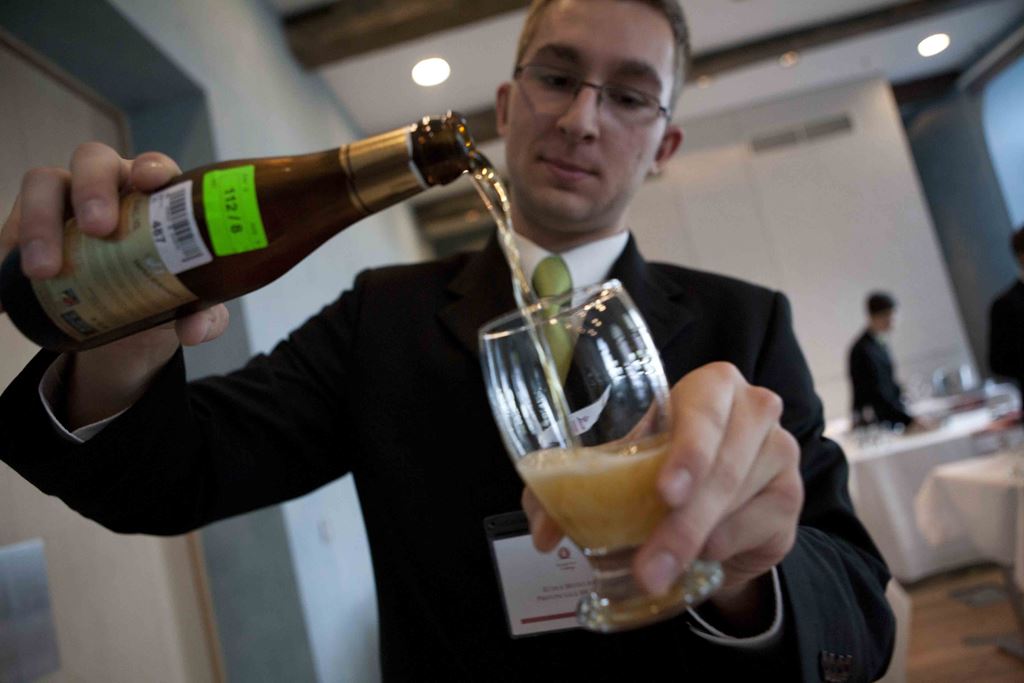 BRUSSELS - The second Brussels Beer Challenge was an unqualified success for Belgian brewers. Sixty-eight Belgian breweries took part and they submitted 139 samples for tasting. Belgium was rewarded with 66 medals (20 Gold, 15 Silver, 16 Bronze and 15 Commendations). We were joined on the winners’ podium by the Americans with 36 medals and the Italians who won 26 medals.

All the beers submitted for entry were tasted by professional tasters from the host nation, Germany, Australia, Brazil, Cambodia, Canada, Denmark, the USA, Estonia, France, Italy, Japan, the Netherlands, the Czech Republic and the UK. The 54-strong international jury was divided into nine groups, each judging beers of a particular style.

Brewer Jef Van den Steen of De Glazen Toren took a jury seat for the second year in a row and we were keen to hear his personal impressions. “This year the Brussels Beer Challenge has become a lot more international,” Jef says.

“My group comprised six different nationalities, all of them are knowledgeable about beer: some are beer authors, some are journalists or zythologues.” Is the judging unbiased? “As a member of the jury, all you are shown is numbers. Only the organisers know which beers correspond with which number.

If you are really familiar with a particular beer, there is a small chance that you would be able to pick that one out, but to be honest, that would be coincidence more than anything else. On the other hand, it’s often the case that you get to taste a beer style that’s unknown to you. Last year for example, I met a colleague from Brazil who had never tasted a geuze.”

Talking is not allowed during the tasting so the judges will not be able to influence each other. Members of the jury won’t necessarily be familiar with each and every beer style - connoisseurs will give a different verdict of an oude geuze or saison to a judge who has never tasted that particular style of beer. 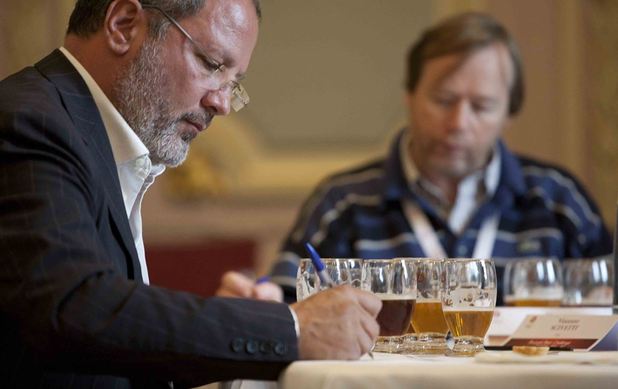 Those who are familiar with it will be able to make a comparison to the ideals of that style; they have the reference points in their minds. But the jury members are not selected on the basis of this type of experience. The assumption is that each jury member will be familiar with one or more beer styles but basic quality is a prerequisite for them all. If the beer really is not satisfactory, if there are off flavours that spoil the experience, no points will be awarded.

It is often impossible to make a valid comparison within one beer style. Therefore, subcategories may be introduced. Stouts for example will be divided into dry stouts, extra stouts and imperial stouts. In this case, the taste difference is important but so is the variations in the volume of alcohol.

As there are many categories within beer styles, participating breweries have a better chance of taking a prize, which increases the motivation to take part. This is good news from a promotional point of view, if – say – the Italians bring an impressive haul of medals home, this will make the national press. 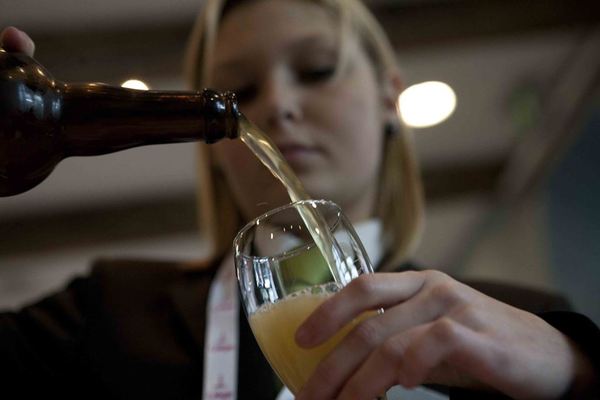 The Belgians put in a star-studded performance when it came to the classic national beer styles such as lambiek, oude geuze, saison, dubbel and tripel. This is not the case for the American brewers – though last year an American brewer won in the Kölsch category - who are less attached to the tried and trusted beer styles.

Last year, the USA took home the largest tally of medals and this year, the Italians’ success was remarkable. Jef Van den Steen isn’t surprised. “Italy is the second largest export country for my brewery,” he says. “I am often invited over there as a beer judge and I find it remarkable that the quality of their beers has come along in leaps and bounds over the past few years. 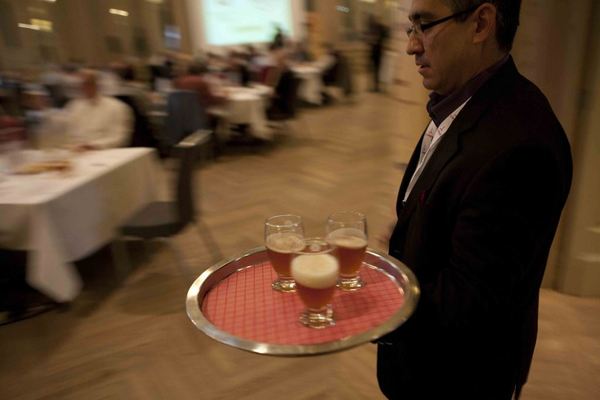 By the way, did you know that Italy is home to 611 breweries nowadays? The performance of the Italian brewers is especially strong in those categories that are closest to wine as they let their beers mature in barrels previously used for wine. And the weight of tradition is a less important factor compared to Belgium, consumers also are more open to a new taste experience.

I am often asked to work with Italian colleagues on a joint brewing project - I always enjoy the experience and we all learn from it.” Apart from Italy, the Netherlands is another rising star in the beer world. The American influence is quite strong there, especially where IPAs are concerned, and the Dutch are also quick to embrace new trends. 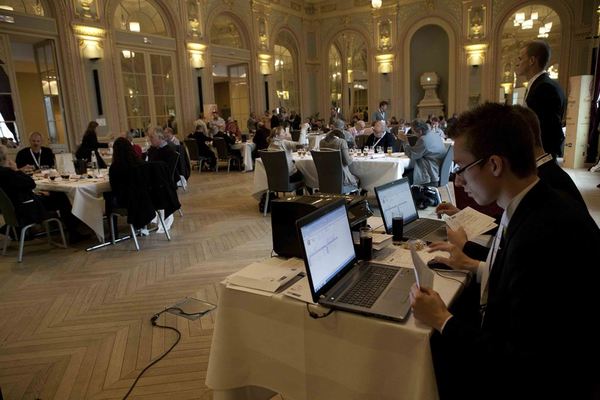 Belgian brewers are cautious. If they spot a new trend they will watch it to see if it is a passing fad, but if they do decide to jump on the bandwagon they will immediately introduce quality beers that suit the trend perfectly. For example, we now see Brasserie de Silly, Van den Bossche and Malheur introducing oak-aged versions of their beers.

But the quality always has to be there. “Belgian brewers are always striving for balance in the glass”, Jef comments. “It’s really quite easy to produce a bitter or sour beer. But we will aim to level out this bitterness with other tastes: caramel, a hint of sour, a rounded touch...

This is how the scotch ale was created. This beer style originated in Scotland and was received with open arms over here. It became a familiar beer style offering a more rounded version of the stout. We now export scotch ale to Scotland where this style has disappeared completely – these new beers are typically Belgian!” 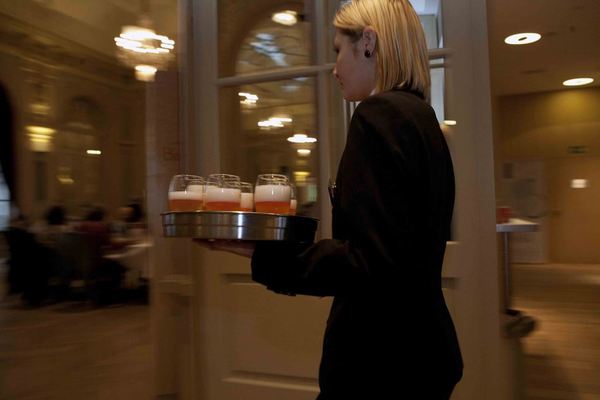 In the meantime the beer market is undergoing quite a few changes. A beer style such as saison, which was close to extinction 30 years ago, has made a resounding comeback. There are now no fewer than 22 saisons in Belgium. Another recent development is that Belgians are tasting and drinking their beers in a different way.

For example, the large bottle - 75cl - was just not done 10 years ago. If you went to the café in a group, wouldn’t you each have a different drink? Now Belgian drinkers are happy to share a bottle. “That plays right into our hands,” Jef laughs. “Because we only produce large bottles.” Duly noted.