Brasserie de Brunehaut - In tune with the seasons 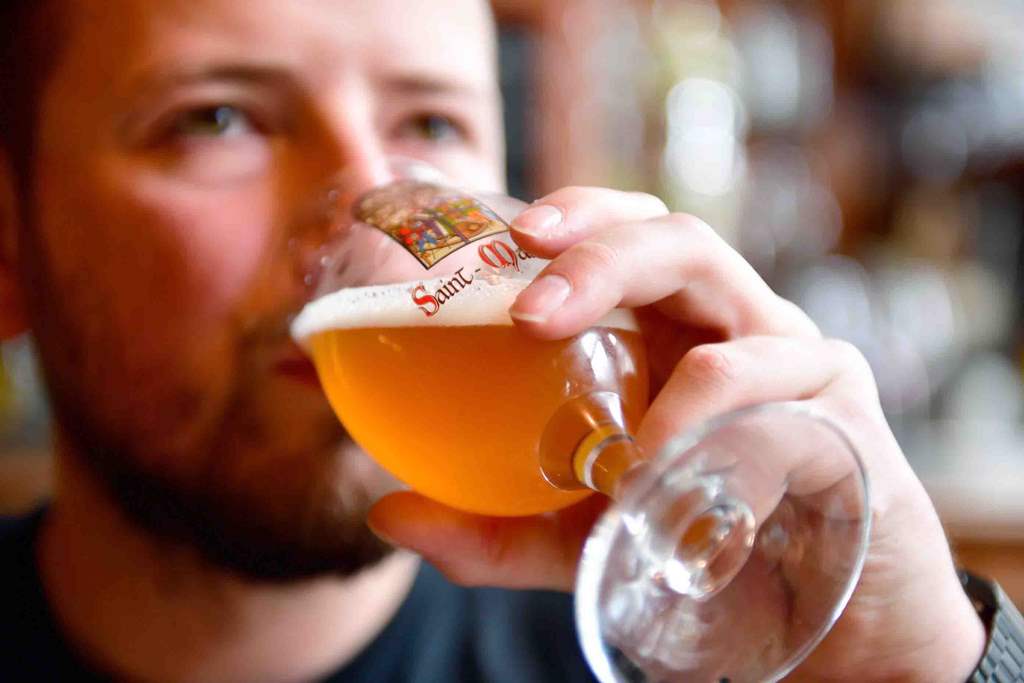 RONGY - In Rongy and all around it, spring is in the air. The fruit trees are in bloom and nature has put on its most beautiful face. I’m on my way to Brasserie de Brunehaut, a brewery surrounded by orchards.

Here you can sense the rhythm of the seasons. It is no coincidence that rural breweries are great supporters of their ‘terroir’.

The link with agriculture, the village and the region is never far away. You often hear brewers make a case for sustainable development, using locally grown barley, hop, herbs or other flavourings wherever possible.

At his farm, the Domaine de Graux, Marc-Antoine De Mees is also in tune with nature.

He has sown organic barley. Marc-Antoine is working in close co-operation with the agricultural faculties of the universities of Louvain-la-Neuve and Gembloux.

One of their experiments includes permaculture, which involves leaving the soil unploughed so it does not get depleted.

“As much as we can, we work with nature instead of against it,” the brewer assures us. “All of our beers are now 100 per cent organic”. 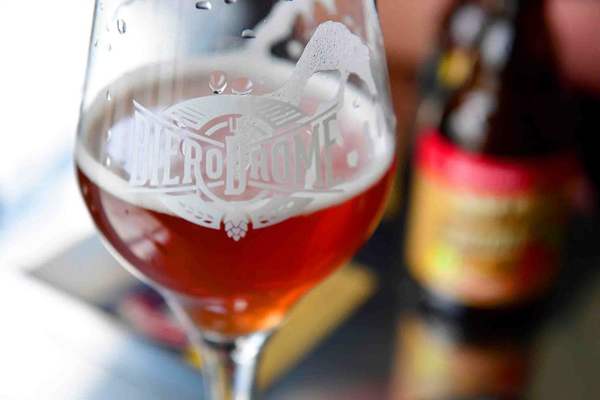 Going with the natural flow?

Would often attract suspicious looks. Not entirely without reason, apparently. “Take the first organic wines for example, they were really undrinkable,” Marc-Antoine laughs. “Their quality has now come along in leaps and bounds and this goes for the beers as well. Organic beers like our Pomfraiz taste just as good as ordinary ones these days”.

Saint-Martin is one of the very few organic abbey beers. These go back to their roots as after all, herbicides and anti-mould products are fairly recent innovations.

However, it remains a challenge to brew an organic beer as the supply of organic hop, barley and malt is still limited. Specific aroma hops are a case in point.

You are allowed to use up to 5 per cent of non-organic ingredients if you are unable to track down the organic equivalent.

“It also involves quite a lot of administration,” Marc-Antoine De Mees tells us. “And we have to pay for the compulsory certificate issued by a neutral inspection body.”

This means that the brewer is incurring additional expense but he still sells his beers at market price. His sustainable business model is reflected in the use of solar panels and energy-saving LED lighting. The bostel left over from brewing is used to make fertile organic compost. And so the circle is complete. 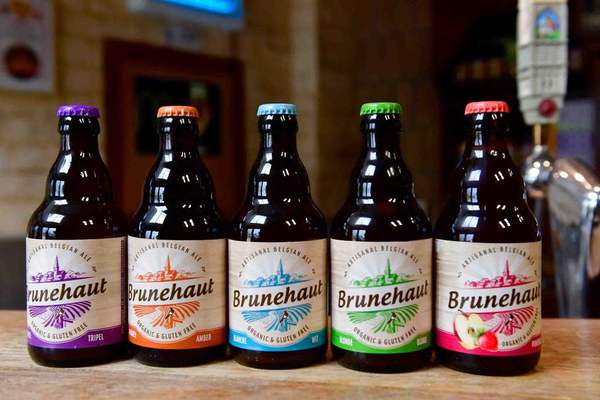 A range of organic and gluten-free beers. “We have managed to produce gluten-free beers using traditional ingredients,” Marc-Antoine De Mees explains. “Instead of sorghum or maize, we work on the basis of organic barley or malt. We make beers for people who suffer from gluten intolerance. They taste just like ordinary beers”.

The brewer removes the gluten from the malt using a process developed in-house. The malt is then filtered mechanically.

“I have to admit, the beer tastes less full in the mouth but we compensate that with aroma hops,” comments Marc-Antoine De Mees.

At any rate, we can’t hear your average beer lover complaining. Brunehaut and Saint-Martin are swiftly making their way towards the bars and the terraces of Tournai cafés.

Aux Amis Réunis, a ‘brown’ café, serves its pasta carbonara with a Brunehaut Blonde or Saint-Martin Blonde. At La Fabrique and Le Bouchon, beer contributes to a lively discussion about local politics.

At Bierodrome it serves as the inspiration for brewers-to-be attending a workshop and at Le Cornwall it heralds the start of the local night life. Beer as a social lubricant? It has been this way ever since…