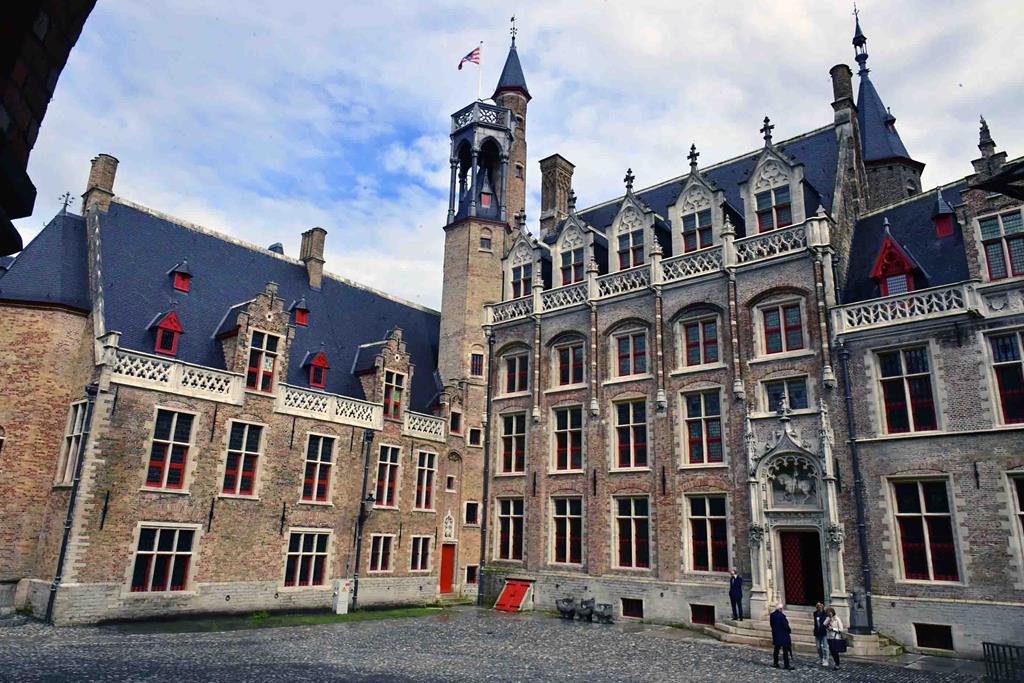 BRUGES - This city draws you back in time to the heydays of the Burgundian era. After years of renovation works the Gruuthusemuseum has re-opened its doors. This former city palace is the showcase for a unique collection of tapestries, paintings, documents from the archives, lace and silverware from the late Middle Ages. The jewel in the crown is the chapel of prayer (1472) commissioned by Lodewijk Van Gruuthuse.

This chapel connects the palace with Onze-Lieve-Vrouwekerk (the Church of Our Dear Lady). The authentic character of this place of devotion has largely remained intact. You only need a smidgen of imagination to spend a little while in Burgundian Bruges whilst you enjoy the view of the beautifully renovated choir of Onze-Lieve-Vrouwekerk. This restoration required a great deal of money. Non-profit organisation Friends of the Bruges City Musea used crowdfunding to get the money together.

One of the companies they approached was Brouwerij Palm, known for its Brugge Tripel. Without hesitation Palm offered to support this initiative and it did so by launching a new beer: Brugge Tripel Prestige 2016 Limited Edition Lodewijk van Gruuthuse. Aimed at connoisseurs; the beer is available from the museum shops as well as a range of cafés and restaurants in the city. The proceeds were put towards the restoration of the chapel. 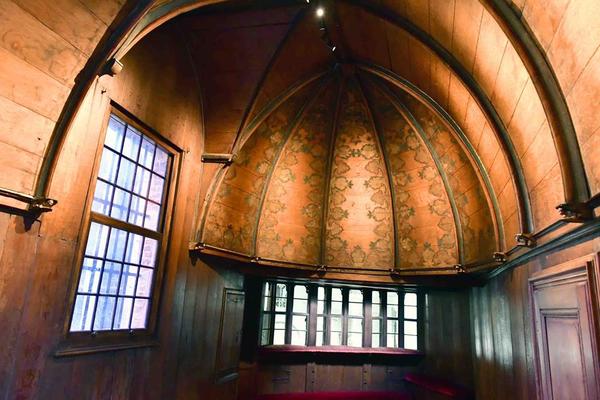 The beer is named ‘Brugge Tripel Prestige 2016 Limited Edition Lodewijk van Gruuthuse’ and is made with additional herbs including juniper berries. This rich and creamy tripel tastes full in the mouth with unexpected, slightly smoky touches. Its complex zesty aromas flow seamlessly into the characteristic, mildly bitter taste.

The beer harks back to the roots of the rich Bruges brewing tradition, where hops were used as a preservative and to add flavour only from the 14th century onwards. Before then, a herbal mixture called gruut was used in brewing. The brewer had to purchase his gruut from the Gruuthuse.

The exact composition of the blend was a well-kept secret. However, it can be said that the quality of the beer was based on a mixture of herbs including bog myrtle, juniper berries, resin and caraway. Bruges traded increasingly with countries around the Mediterranean and consequently more and more herbs from southern regions found their way to the Venice of the North: sage, rosemary, bay leaf, aniseed, liquorice and coriander.

Brewers had to pay gruit duty if they wanted to use this herbal blend. In Bruges these taxes were collected by the Lords of Gruuthuse on behalf of the Count of Flanders. The Palm brewery honours this tradition by using gruut in its Brugge Tripel. 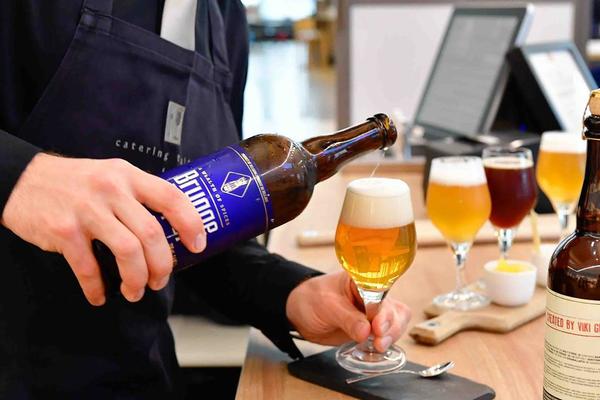 The grounds of Brouwerij Palm are also home to De Hoorn microbrewery. This experimental garden regularly produces new Arthur’s Legacy beers. The master of herbs takes the initiative when it comes to development of zesty beers, including the aforementioned Limited Edition of the Brugge Tripel.

The master of herbs worked closely with the team of brewers and several Bruges-based owners of hospitality venues to determine the ideal blend. A tough job but somebody had to do it!

They ended up tasting and judging 28 test brews at the Bruges Beer Experience to find the winner.

Its bar now offers the opportunity to taste a wide selection of Rodenbach and Palm beers including Brugge Tripel.

The Bruges Beer Experience showcases the rich Bruges brewing tradition in all its splendid variety.

Make your way to the attic to find out more about all the different ingredients used in beer, you will also learn everything you need to know about the brewing process.

You can feel and smell herbs such as coriander and cardamom. Do you know which herbs are used in Brugge Tripel?

BRUSSELS/ZAVENTEM - This year Brussels Airport is 60 years young! The airport is planning to mark...
Read More

At the BeerLovers’ Café just behind Liège’s City Hall we get together to taste the limited editio...
Read More
GET LATEST BEER NEWS