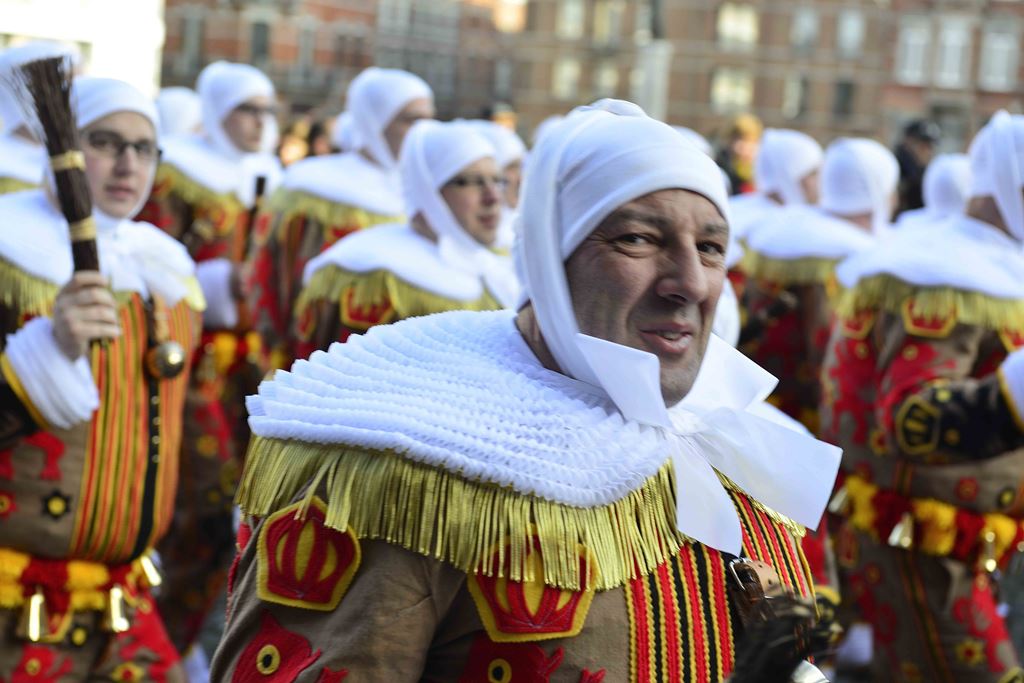 BINCHE - Slag heaps, once pitch-black, are now covered in a light green carpet thanks to the advancing springtime. The steam locomotive is wiping the last remaining traces of charcoal dust off the rails. The sign tells me I have arrived in Binche.

I am walking through a railway station that appears to have come straight from a pre-war movie and has just been plunged into the modern-day era.

It is so quiet here; I can hear myself think, and I am wondering if I have come to the right place.. I hesitantly step forward.

All of a sudden, I can feel the beat and am getting closer and closer to this cadence that will carry on both day and night. Following the rhythm of the tambourine, the tinkling bells and the clogs that stomp away on the cobblestones, the first Gilles of the day make their entrance.

They are taking a break at their local café, called L’Espérance (The Hope). The party atmosphere is now well and truly under way. The Gilles were dressed at around half past five in the morning. This ritual takes up at least half an hour. They have been stuffed with straw, up to their necks, and are proud to display the characteristic hump on their backs.

They will dance around for hours on end and quench their overwhelming thirst with champagne and beer.

However, these gentlemen like to keep things civilised. The Gilles will retain their dignity as they are the guardians of a local tradition that goes back centuries. They had better behave, as a Gille worthy of this name ought not to be smoking, making calls or eat in the street, or be drunk, give his wife or child a hug or sit down in the road! 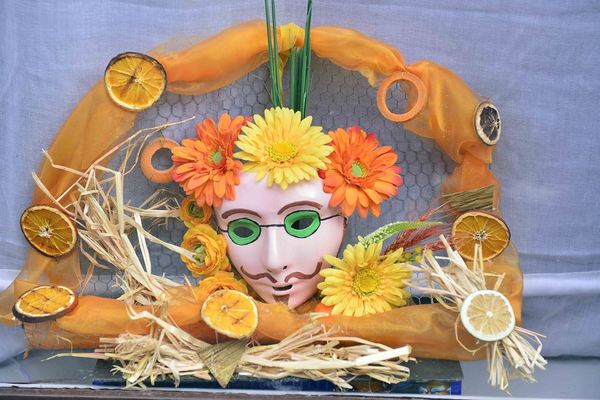 Who would have known?

The Binche carnival was included in the UNESCO World Heritage list ten years ago. When and how did it start? No-one really knows. The wildest theories do the rounds. Some state that the extraordinary costume, showing no fewer than one hundred and fifty decorations – crowns, pillows, lions, stars and flags – originated with the Incas.

Others told me that the Binche Carnival was thought up by a rich and bored bourgeoisie which is why it bears traces of the Romantic era. It remains a fact that sources going back further in time than two hundred years are not particularly reliable.

The mystery only deepens when I witness the emergence of a sea of masks, eyes outlined in a poisonous green colour and adorned with a thin moustache and a trimmed beard that is reminiscent of the times of Napoleon III

I can feel a trance slowly coming over me. I am stepping away from the festivities but the beat stays with me for quite some time. I am not alone.

One thousand Gilles now have this small town in their iron grip. They are popping up everywhere, using bundled branches to chase away the winter season. The spectators are enjoying the festivities to their hearts’ content. If you are Binche born and bred, then this Mardi Gras is the main feast day that you have look forward to all year long. 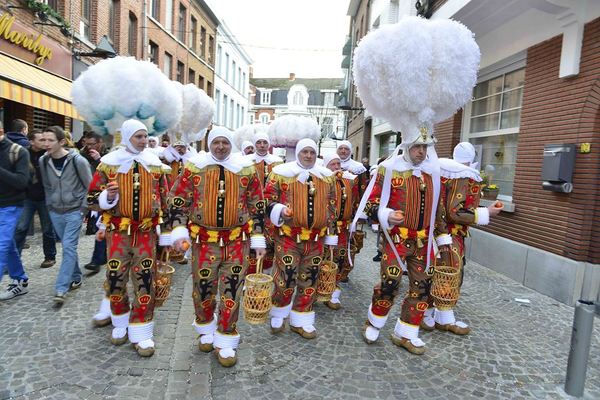 Only a true Binchois can become a Gilles. He will join one of the ten societies in the town, hires a costume, mask and feathered hat and regularly drops by the local café associated with his club. Hours of work have gone into his multi-coloured suit that is not meant to leave the town, ever.

The dazzlingly tall feathered hat that will be worn by the Gilles weighs three kilos and consists of 250 to 350 small ostrich feathers.

Together these will form twelve large feathers. Eighty hours of work to produce one hat. One hundred and forty people, one hundred and fifty meetings prior to the event…

It is clear that in this town, dressing up for carnival involves a bit more than a rummage through the dressing-up box. At any rate the fruit merchants won’t be complaining as, before long, oranges will be whizzing past our heads.

This is why all the windows around the market square have been protected with chicken wire. Every Gilles throws between 25 and 40 kilos of oranges(!) into the public. Or: how to make the North familiar with the taste of the South. 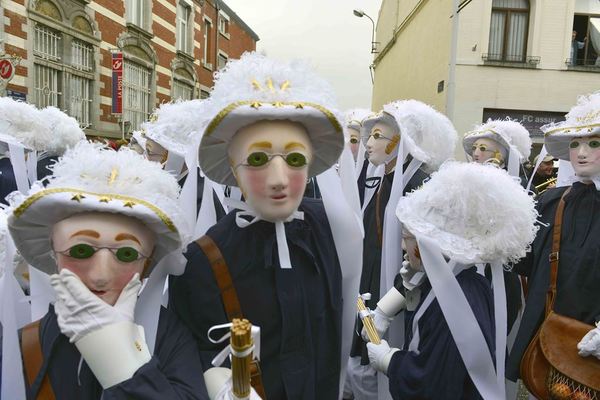 What about the beer?

My path leads me to the carnival museum where I admire splendid ancient posters and mannequins kitted out in various versions of the Gilles suit. A guide shows a group of children how to dress a Gilles. After the treatment the child who serves as a model is beaming.

A descending road takes me to outside the city walls where I pay a visit to city brewery La Binchoise. Brewer Bruno Deghorain and his father Jules are strutting around, proud as peacocks in their Gilles suits.

Bruno quickly presses a glass of champagne into my hand. “Don’t tell anyone else!” he says with a wink. He is posing willingly in front of the fermentation tanks.

Today no brewing will be done. Bruno has more important business to attend to. Mardi Gras is the high point of the year for each and every Gille. It simply takes over from everything else. But from beer too....?