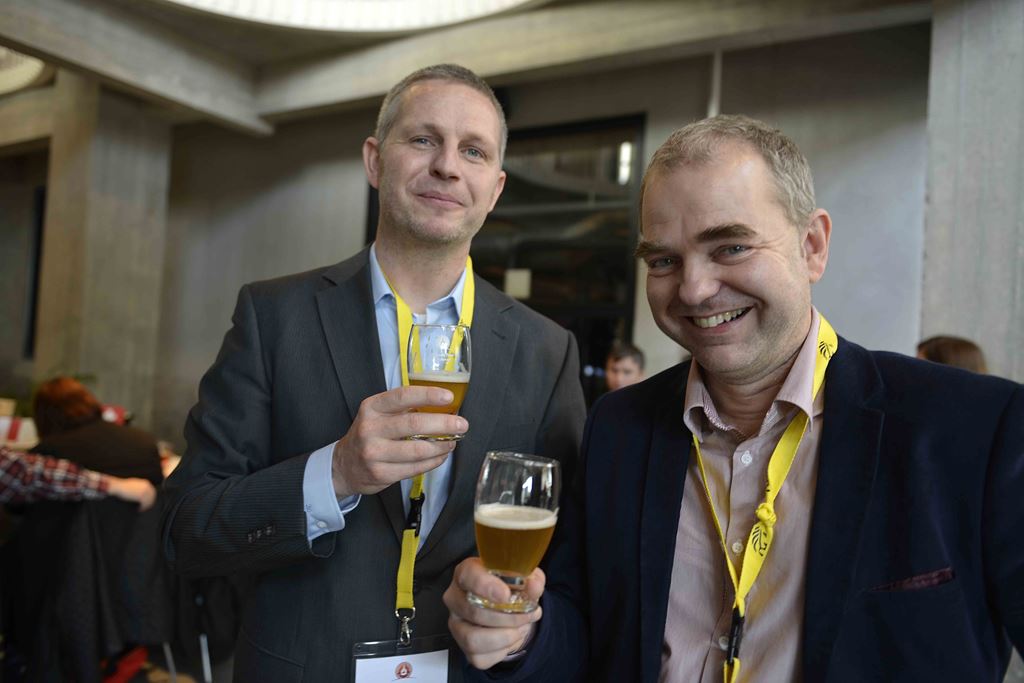 LEUVEN - As many as 79 Belgian breweries with 200 Belgian beers took part in the third edition of the international Brussels Beer Challenge. There was plenty of international competition with entrants coming from 25 countries.

All in all, 725 beers were tasted by a jury comprising 60 beer experts including the renowned Tim Webb (UK) and Stephen Beaumont (USA). Interestingly, none of the jury members were brewers.

For the first time, the Brussels Beer Challenge was held in the Flemish city of Leuven, the birthplace of the world’s largest brewery, AB Inbev.

The competition was held in the splendid historic surroundings of the Stella-Artois brewing hall. Organiser Luc De Rademaeker states that the Brussels Beer Challenge is now the most important beer competition in Belgium. On an international level, the Challenge is on a part with the American-based World Beer Cup and the European Beer Star held in Germany.

“In 2012, when we launched the Brussels Beer Challenge at the request of the City of Brussels, we didn’t yet have an international beer competition staged in Belgium”, Luc De Rademaeker tells us. “Thomas Costenoble, my partner, has twenty years’ experience organizing international wine contests in Brussels and is in charge of organisation and logistics. 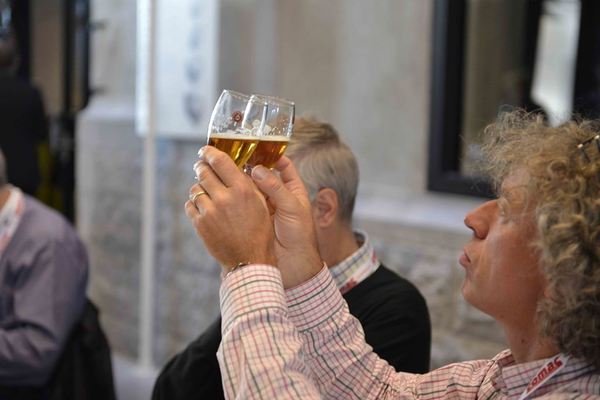 “If, within a particular category, no beer meets the criteria, then no medals will be awarded, or a bronze at the most”. Each year new sub-categories are added.

This year for example, the US-brewed Imperial White made an entry. Also, we have a separate ‘Specialty beer’ category for beers that do not fit into any of the existing beer styles.

The competition is open to any licenced commercial brewery, from micro to mega. The jurors give their verdict on the quality of the beers through blind tasting. All they know is the category of the numbered beer that is in front of them.

So, who are the members of the jury? Renowned beer experts, zythologues, authors and several newcomers; specialists, with an international reputation and who are known in media circles.

“It is great fun to be a jury member working in such an international environment”, feels Jef Van den Steen, a Belgian beer expert and author. “You notice, for example, that the Brazilians have a different attitude to froth on beer. In Belgium we will not accept a glass without froth, but in Brazil they go for frothless”. 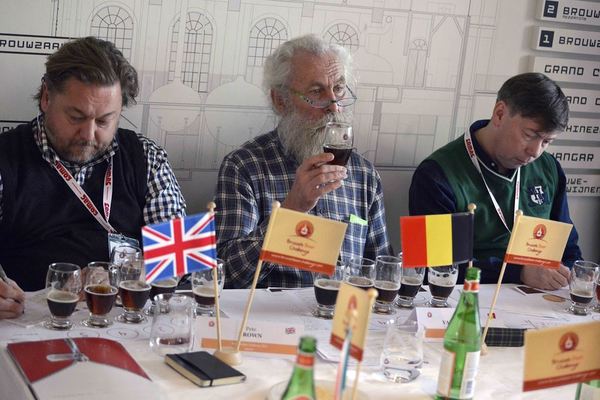 Back to the roots

What exactly is the appeal for foreign breweries taking part in the Brussels Beer Challenge? “Brewers from abroad consider it an honour to gain an award for a typically Belgian beer style such as saison or oude gueuze,” Luc De Rademaeker explains. “This is considered the ultimate honour and they like to make the most of it in their marketing”.

The jurors are invited to attend an extensive cultural programme that includes brewery visits, tastings and beer dinners. This allows them to discover that beer is very much alive in Belgium and also, how it fits into its gastronomy.

The jurors tell us that they have tasted ‘interesting’ beers; some that stand head and shoulders above the rest and occasionally, some that disappoint. What else would you expect with over seven hundred beers entered?

Behind the screens, the organisation is impeccable. All beers are chilled with the utmost care at the right temperature and are poured in a professional way. The beer is served by students of the international hotel school in Leuven. The Challenge provides them with useful experience as they have to work under the all-seeing gaze of top-ranked members of the beer world.

Tim Webb from Britain knows Belgian beer like the back of his hand. He recently published a beer guide and is an authority when it comes to lambic beers. “Many Belgian beers do not fit into a specific beer style”, he comments.

“This is a great illustration of the Belgian spirit with its individualism and anarchism that gave birth to this richly diverse Belgian beer culture. It explains your success when it comes to exports”. We’ll say cheers to that. 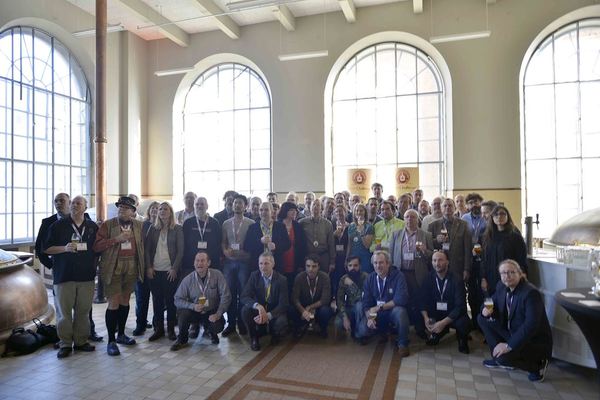 And the winners are...

This edition of the Brussels Beer Challenge proved that the Belgian brewers outperform in their traditional styles such as the sour ales, lambic and gueuze. The Oude Gueuze Tilquin à l'Ancienne was awarded gold, BIIR 48 Oude gueuze by Montaigu-BIIR Brewer Association and Oude Gueuze Oud Beersel by Oud Beersel both won silver in this category.

The United States won a whopping 53 medals. This shows that the participating American brewers are very creative, innovative and versatile as their awards came in a variety of categories.

Belgium was awarded an impressive 43 medals, with Liefmans Goudenband, brewed by Liefmans, part of Duvel Moortgat, being awarded gold as well as being elected as the Best Belgian Beer.

This year's competition was a great success for Duvel Moortgat; gold for their Pale Seasonal Ale Chouffe Soleil and bronze for their Flavoured Fruit Beer Liefmans Kriek Brut.

Among the other medals for the Belgian brewers: gold for the Dark Ale Brugse Zot Dubbel by De Halve Maan, silver for the Strong Blonde Delirium Tremens by Huyghe, silver for the Flanders Red Ale Rodenbach Grand Cru by Rodenbach...

The saison Surfine by Brasserie Dubuisson was awarded a special honour.