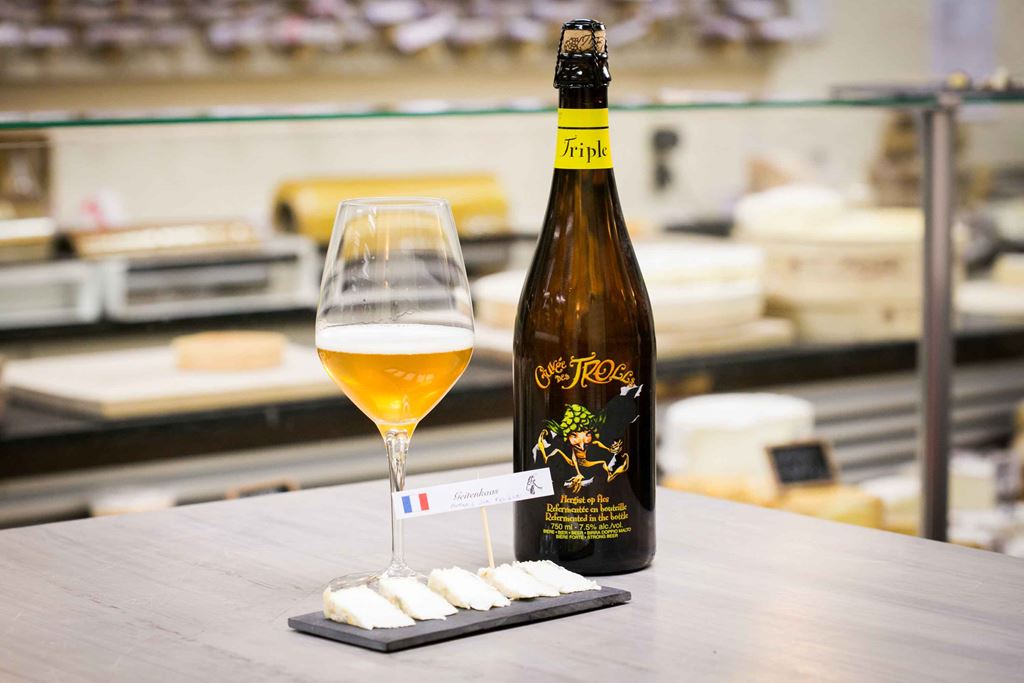 PIPAIX/MECHELEN - We all know that beer and cheese are made for one another, and to illustrate this Brasserie Dubuisson gathered a panel of beer and cheese experts to discover the best pairings.

For our deliberations we headed to the A Table store in Hannuit, owned by cheese affineur Pascal Fauville, and his colleague Harry Schockaert’s cheese deli in Mechelen.

For a great pairing with Surfine, the Sainte Maure de Touraine from France is highly recommended. It is a goat’s cheese with a light covering of ash.

The slightly bitter, thirst-quenching Surfine makes a perfect combination with the rather dry, mild cheese.

The same goes for the Belgian pavé de Soignies, a red-veined cheese with a pungent aroma that makes a fine match for this dry and bitter beer with its citrusy aromas and slightly sour background notes.

The first matching line-up was completed by the slightly salted, unpasteurised Crémeux du Mont Saint-Michel camembert, yet another cheese tamed by the Surfine.

Another great pairing we discovered was with the unpasteurised Mothais sur Feuille, an artisan goat’s cheese from France that is matured on sycamore or chestnut leaves to give a zesty flavour with nutty touches. The fruity, slightly sweet beer really enjoys the company of this mild, creamy cheese. 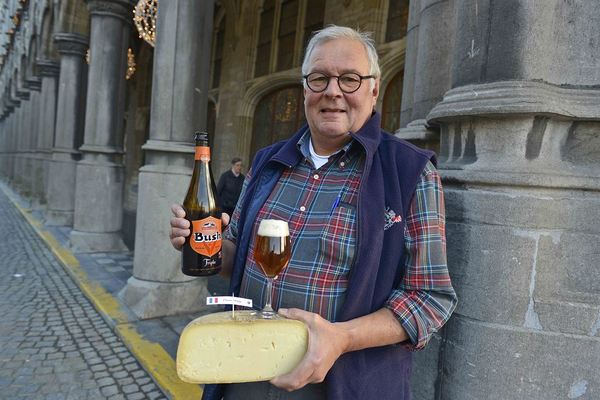 The French, semi-hard cheese, Saint Nectaire, beautifully complements Bush Blonde Triple. This blonde is a fresh, sourish, complex beer with touches of orange, hazelnut and flowers, and the creamy cheese is equally complex.

Another great combination results from enjoying this beer with a Keiems Bloempje, a white cheese made in Belgium.

The powerful blonde triple pairs up well with the mild creamy touches of this unpasteurised white cheese with its bloomy, edible rind.

Bush Ambrée Triple cries out to be paired with a semi-firm abbey cheese like the Pavé Bioferme.

This gentle triple, with its full mouth taste, is delicious in the company of an equally rounded cheese.

But a semi-hard sheep’s cheese such as the Ossau Traty from the French Basque Country is a match made in heaven.

This fully rounded cheese has a lingering taste with zesty and nutty flavours and the touches of nuts, malt and caramel in the beer re-enforce the cheese’s flavour. The taste buds will be brought to ecstasy by the subtle equilibrium between the sweetly bitter beer and the powerful cheese.

Bush Prestige makes a good match with a hard cheese of the Comté or L’Etivaz d’Alpage type. The complex beer with its touches of wood, hazelnut, vanilla and wine marry well with these slightly salty cheeses that both reflect the aromas of the beer.

We found that the mild Comté gives more space to the beer than the more powerful l’Etivaz. 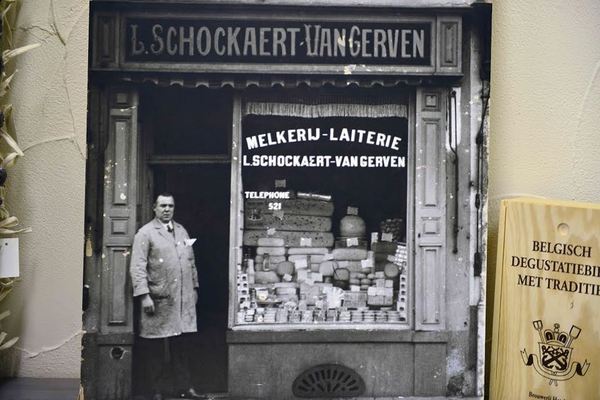 Bush de Nuits goes well with a hard cheese such as the unpasteurised Mimolette. The complex, slightly sour beer with impressions of red fruits and wine re-enforces the taste of this powerful and complex cheese.

The hard, sweet Ubriaco Rosso from Italy, with its fruity vinous touches, blends with the beer in the mouth to form a wonderful new flavour.

The subtle sourness of the cheese adds great value to the pairing.

This aromatic beer, with its high alcohol content, tastes of caramel and candy sugar, and the cheese served with it should respond with equally strong aromas.

The beer, with its touches of roast malt and dried fruits also suits a soft, creamy Chaource cheese with its white mould.

A combination with the English Stilton, a blue-veined cheese with a lingering taste, is daring and complex and recommended only to advanced tasters. The bittersweet Pêche Mel Bush with its peach aromas makes a fine contrast with zesty, slightly sour blue-veined cheeses, the Jersey Blue or the Bleu de Scailton for example.

The beer’s fruity aromas cry out for a mild and subtle cheese and blue-veined Fourme d’Ambert ticks all the boxes.

We finished off with the latest addition to the Brasserie Dubuisson family, the Bush de Charmes, and chose to pair it with a fantastic Tentation de Saint-Félicien, an unpasteurised white cheese with a bloomy rind.

Here, the degustation beer completely seduces its partner, the beer’s vinous impressions from Chardonnay grapes embracing the cheese. This is a pairing that takes the taster up to a higher level. 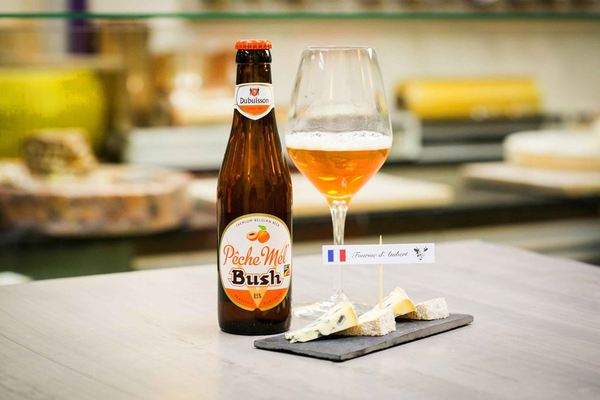