Lambic beers ‘on the up’ at Brewery Lindemans 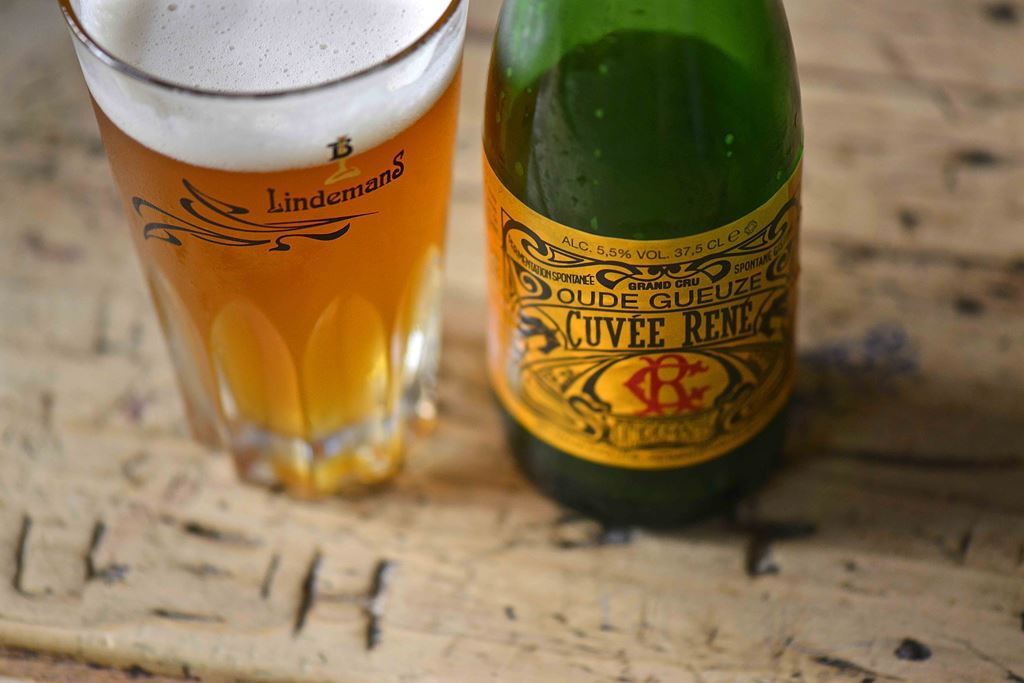 VLEZENBEEK/BRUSSELS - Lambic beers are going down a treat across the globe; the same goes for pure tastes. “Look at the Belgians,” comments Dirk Lindemans, co-owner and CEO of Brouwerij Lindemans.

“We are travelling more widely and observe how Belgian beer is promoted and served in other countries. This makes us value our own ‘liquid heritage’ even more.”

Nevertheless, you have to be initiated into the secrets of appreciating lambic beers, particularly those that are at the more extreme end of the scale.

Today’s consumer is generally more familiar with pronounced tastes, largely thanks to the global success of craft brewers. “You train your taste buds, just like you do with wine,” is Dirk’s opinion.

“By the way, lambic beers have a lot in common with wine in many respects. Fermentation, maturation and taste development are all very similar."

"After half a year the beers gain in complexity and thanks to the slow in-bottle re-fermentation, they carry on evolving for years.”

Within this relatively small market segment there is a large variety. Each lambic or oude gueuze bears the hallmark of the lambic brewer or gueuzesteker. 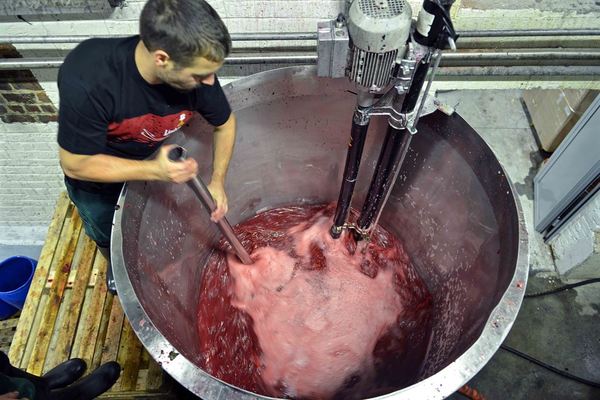 “For our mother beers, we use a lambic that is at least one year old; for the oude gueuze we are looking at three years’ age as a minimum,” Dirk clarifies. It is an investment in time.

For example, at Lindemans alone, 6.5 million litres of lambic are undergoing maturation.

Moreover, the brewery is planning to increase this buffer zone considerably.

“We are brewing in the traditional way but with the aid of the latest technology,” we are assured by co-owner Geert Lindemans who is in charge of production.

“We have a lab where we can measure the lactic and acetic acid and follow the development of each brew perfectly."

"We now have a far better grip on the process and can intervene where necessary."

"This was impossible to achieve in the past. One aspect that has remained the same: we continue to carry out tastings."

"The cellar master tastes each single brew to ensure that it meets the criteria for that particular beer. We also conduct a systematic analysis of all the ingredients." 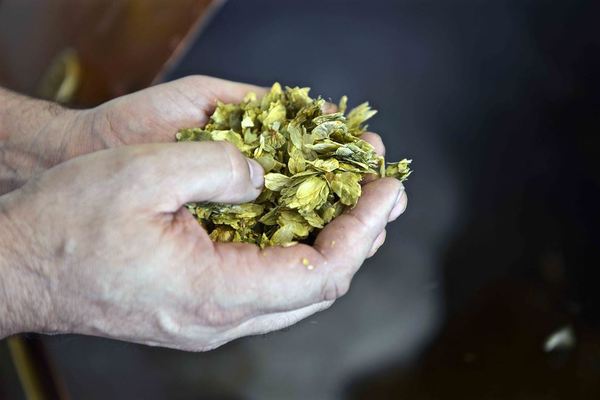 At the Mercy of Nature

"Don’t forget that lambic brewers are always at the mercy of nature. In every tank, the spontaneous fermentation and maturation will occur in a different way."

Although the majority of lambic breweries are concentrated in the Pajottenland region (near Brussels), only a stone’s throw away from each other, there are slight differences in how the fermentation and maturation process takes place from brewery to brewery.

"At the end of the day, our expertise also lies in the art of blending to obtain the best result.”

We are walking through a brand new area, covering 5,000m2, which is home to the second, recently installed bottling line.

“This has allowed us to focus on the client to a far greater extent,”

Geert explains. “If Japan or Russia request specific labels, we can easily accommodate them.”

Lindemans continues to use the vintage brewing hall where a brew is produced twice a day.

And, in keeping with tradition, brewing is only done between October and April. “If the weather is too hot, unwanted microflora may infect the wort during the cooling-down period,” Geert explains.

“Also, it becomes more difficult anyway to cool down the wort during the summer months." 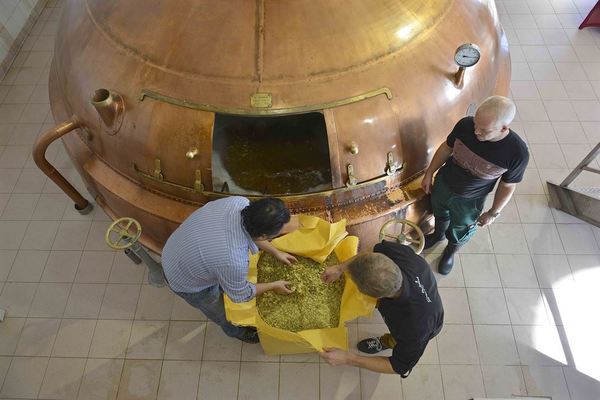 “Lambic is in our blood, it lies at the basis of all our beers, sweet as well as sour,” Dirk Lindemans passionately says. “But we are using it in a creative way."

"We have just launched a new collection of old gueuzes with a twist called Botanical Lambics. We started with SpontanBasil, developed with Danish beer architect Mikkeller, and a new lambic containing elderflower, BlossomGueuze."

"And we recently launched our Premium Clear and Red Gins distilled from an Oude Kriek Cuvée René."

"We are planning to introduce new ‘botanical lambics’ from time to time and we also want to experiment with herbs and launch new fruit beers."

"The basic beer is always going to be lambic.”

At this point the brewer subtly but emphatically points out the difference between a ‘real’ lambic and beers where yeast of the Brettanomyces type is added in a controlled way just before bottling.

With 'real' lambic the wort ferments spontaneously when it comes in touch with the Brettanomyces microflora during the cooling-down period.

“It is precisely the spontaneous fermentation that lends a real lambic beer its complex, rich taste,” Dirk states.

It is therefore no surprise that lambic beers are increasingly used in gastronomy.

These slightly sour aperitif beers stimulate the appetite and at the table, they provide a great alternative to wine.

The traditional and artisan production methods demand heavy investments from the lambic brewer in foeders, tanks and (mostly) time,

Patience does pay off and lambic beers are worth the wait. They are usually reasonably priced too, when you consider the bigger picture and craftmanship required for lambic production. In most cases you will get value for your money with lambics. 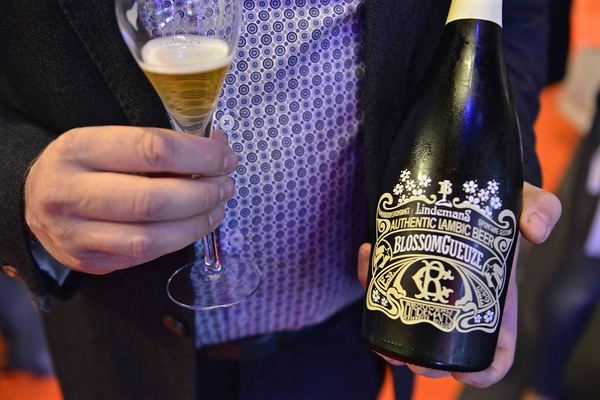 On a World Tour

Lambic beers are now travelling the world. Over half of the beer produced by Lindemans, 55% to be precise, is destined for export. However, with 45%, Belgium is the most important sole market, with the USA now accounting for 20%.

Lindemans’ exports to the USA started 35 years ago. Closer to home is another important export market: France, good for 10%.

Exports to China and Japan are increasing year on year too.

"In terms of overall production, the most popular beer by far is the Lindemans Kriek, accounting for 47% of volume."

“Every year, we process over 2.5 millions of kilos of fruit; one million of which are krieken cherries,” Geert Lindemans tells us.

Despite the success of the Lindemans Kriek, the brewer is placing an increasing focus on his other fruit lambic beers as well as on his lambic, Cuvée René Oude Gueuze and Oude Kriek.

After all, there is a wide diversity of beers that go under the general term of ‘lambic’.