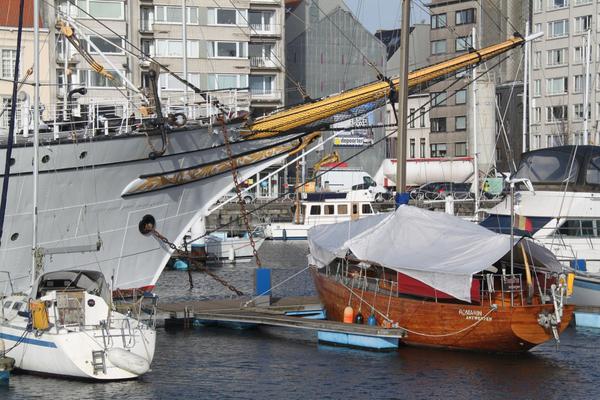 OSTEND - The former sail-trainer, the Mercator, is moored as a floating museum. Mercatordok Oostende, between the city hall and railway station, is the location. She was designed by Adrian der Gerlache for the merchant fleet of Belgium and the early Flemish mapmaker, Gerardus Mercator, gives her the name.

Mercator maps are those that helped sailors by giving accurate shapes of land masses and reliable lines of constant compass bearing. Modern maps now try to give an idea of comparative size too (eg. Peters maps.) The ship is a magnificent example of a 7708.26 ton steel barquentine or schooner-bark, with three masts and 15 (formerly billowing) sails. 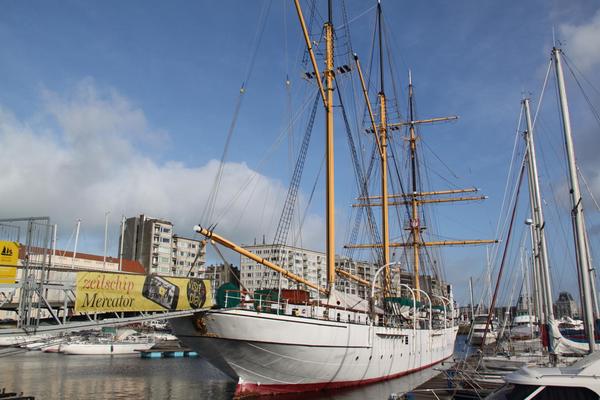 They enabled a top speed of 13 knots, using the full crew of 150. She achieved this within a total length of 78.4 m and a beam width) of 11m. If you were to climb any of the masts, you will be at the dizzying height of between 39 and 41m. (that’s around 130 feet, to you!) Interestingly the ship was rigged as a topsail schooner in her original configuration.

Built in Leith, near Edinburgh, for launch on April 7th, 1932, she was designed to race as well as function in an ambassadorial capacity before WWII.

She actually won one important race from Oslo to Ostend in 1960 and competed in the Torbay-Lisbon and Brest-Canary Islands races in the 1950s. Pre-war cruises took place for 7 most adventurous years, bringing back a Belgo-French scientific expedition from French Oceania and the remains of the “apostle to the lepers”, Father Damiaan, from Molukai Island, near Honolulu, in 1936.

The British Embassy persuaded the captain to remain in the West Indies, and later in Sierra Leone during the war, after he had left Ostend on a cruise.

Captains van de Sande and Ghys were in charge of her for all of her great Belgian voyages. She returned to Ostend after being used as a submariners’ rest-ship and received a very necessary refit for her next voyage in 1951. In 1964, Mercator was retired, I’m sure forcibly, to spend her days as a great tourist attraction in Ostend. 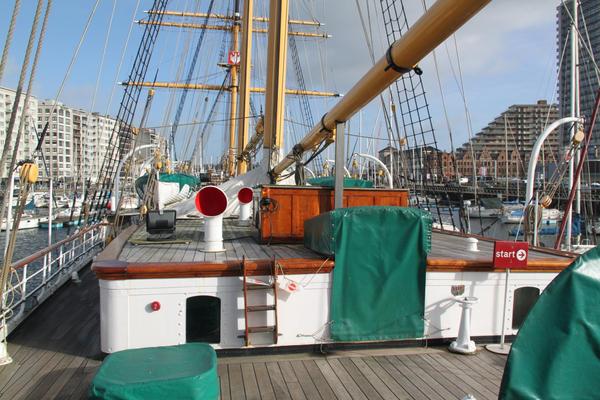 She did manage a short sail to Antwerp in 1993, but now has a place in Belgian hearts as a National Monument! Displays of hammocks as used by the crew and portraits of the two captains looking down on you just as they would have done in the 30s make her a real historic site.

The outstanding fittings and sailing rigs can be seen inside her but a virtual visit is also available online.