The Belgian Brewers and the Knighthood of the Brewer's Mash Staff 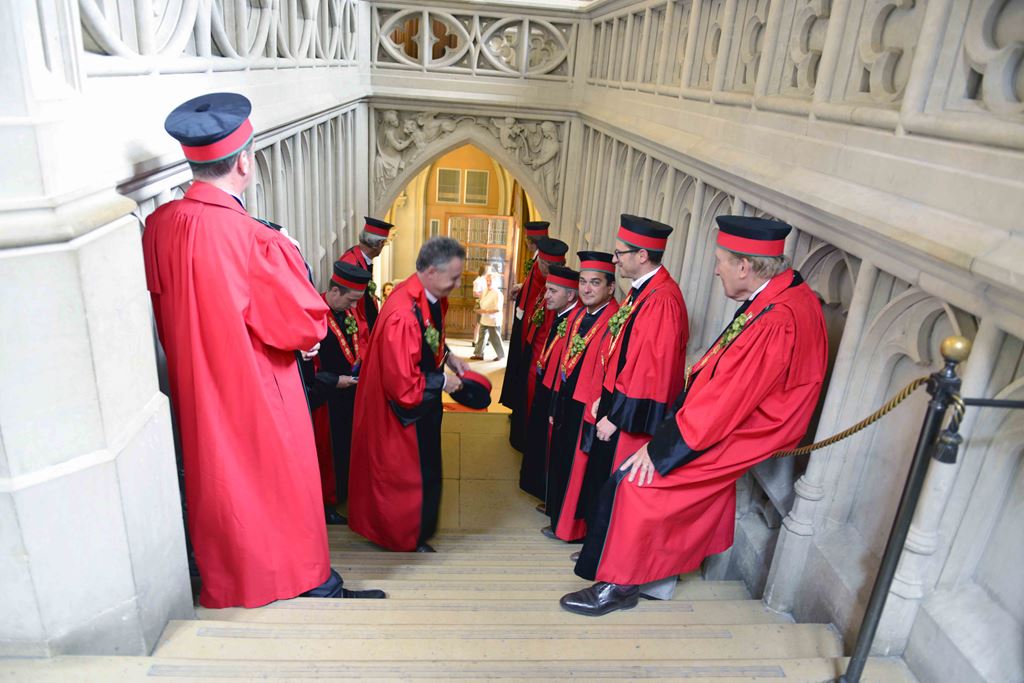 BRUSSELS - The Brouwershuis building on the Grand Marché/Grote Markt in Brussels is the home of the Union of Belgian Brewers (Unie van de Belgische Brouwers), or just the Belgian Brewers for short. They are one of the oldest professional associations in the world with roots in the original brewers’ guild, founded in the 14th century.

The Ridderschap van de Roerstok der Brouwers, the Knighthood of the Brewer’s Mash Staff, represents the traditions and dignity of the noble brewing trade throughout the ages.

Every year people who have made an exceptional contribution to the promotion of Belgian beer both at home and abroad are ‘knighted’ in a ceremony held in Brussels’ town hall.

Loyal to their tradition, the Belgian Brewers celebrate the Feast of King Gambrinus each year in February.

The patron saint of brewers, Saint Arnold, is venerated in September during a ceremony preceding the annual Belgian Beer Weekend held in the Grand Marché in Brussels. At both gatherings, new Knights on Merit as well as Honorary Knights will be appointed. These installations are accompanied by plenty of pomp and ceremony, as befits any Knighthood.

Honorary Knights are recognised for providing excellent services to the brewing trade or for acting as an ambassador for the industry.

Important public figures from outside the brewing trade may also be invited to join the Knighthood so they can spread the word of Belgium’s greatest product.

The honour may be awarded to TV cooks or beer authors, for example. Some have joined the brewing community through their profession, family ties or marriage.

Gambrinus, the King of Beer

Why is Gambrinus celebrated by the Knighthood of the Brewer’s Mash Staff? And why is he almost always depicted sitting on a barrel with his legs spread wide apart? The name Gambrinus is a corruption of Jan Primus. Jan Primus was born in 1210 to Henry III and Alix of Burgundy. By virtue of his birth he acquired the duchies of Brabant and Lorraine and, as Duke, he gained fame for his good works and became a veritable hero.

Jan also became an important person to the brewing world. He planted the seeds of the trade in Brabant by allowing Brussels councillors to grant permits for the brewing and sale of beer. He was also Honorary President of the Brussels Brewers’ Guild.

It won’t surprise you to learn that Jan Primus himself was quite a lover of the fruits of the barley. Legend has it that he imbibed a huge quantity of beer during the course of one three-day banquet. That’s certainly more than enough to crown him the King of Beer.

On a certain day, after a well-deserved military victory, Jan Primus invited all of his noblemen to join him in a feast to celebrate the success of the battle. During the banquet Jan Primus took himself off to the courtyard where his soldiers and servants were celebrating as well. To address his rough and ready subjects, he climbed a stack of barrels and sat himself down on the top one, legs spread wide apart.

With a foaming jug of beer to hand he kicked off his speech, finishing off with a robust toast to his country and the health of his people. And this is how he became the stuff of legend.

A different love, that of tournaments, would spell his death. Jan Primus died in 1249 from injuries sustained at a tournament in Baarle-Hertog. He is said to be buried on the site of the 'Minderbroeders' abbey right next to the Brussels stock exchange building.

In the same building in 2018 the Belgian Beer Palace, an impressive, interactive experience centre celebrating the nation’s unique beer culture will open. A more symbolic coincidence and suitable venue would be hard to find. 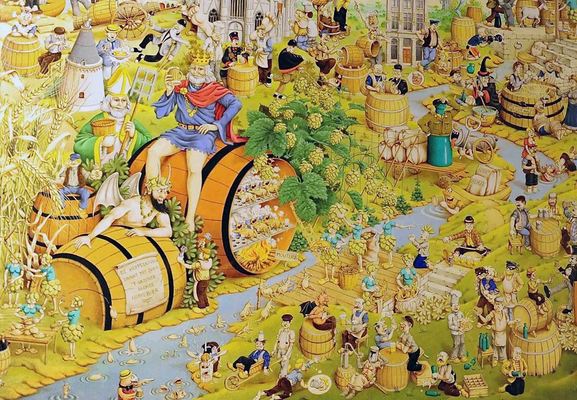 The museum is split into three parts: an 18th century brewery (transported from Hoegaarden), a high-tech modern brewery and an inn housed in the cellar. Just one glance at the exhibits will acquaint you with the basic ingredients of beer.

A video presentation explains the brewing process and there are various computer screens displaying export statistics for breweries and maltings, showing all the varieties of beer or teaching you the differences between high and low fermentation.

Only a few steps separate the gleaming but chilly modern brewery and its more romantic, albeit slightly dusty, 18th century equivalent. Here, you need an extra pair of eyes to take in the vast array of tools, used in both the brewery and the coopers’ workshops in days gone past.

It is hard to imagine that these brewing and fermentation basins were once used to produce beer. Saint-Arnold continues to keep a watchful eye.

To round off your visit you can enjoy a good glass of beer in the cellar inn, where you can admire a beautiful collection of beer jugs and other antique café paraphernalia. The beer on tap here changes on a weekly basis with the identity of both the beer and the brewery is a well-kept secret. 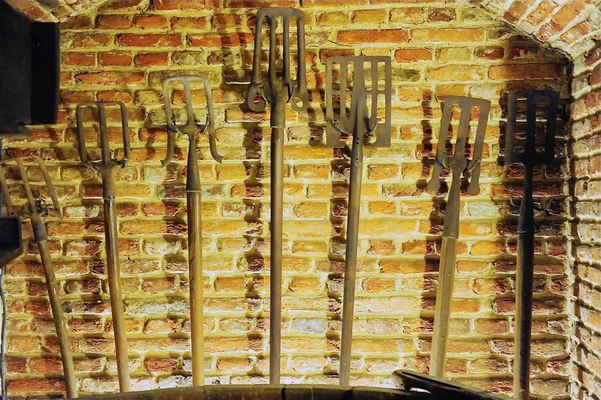