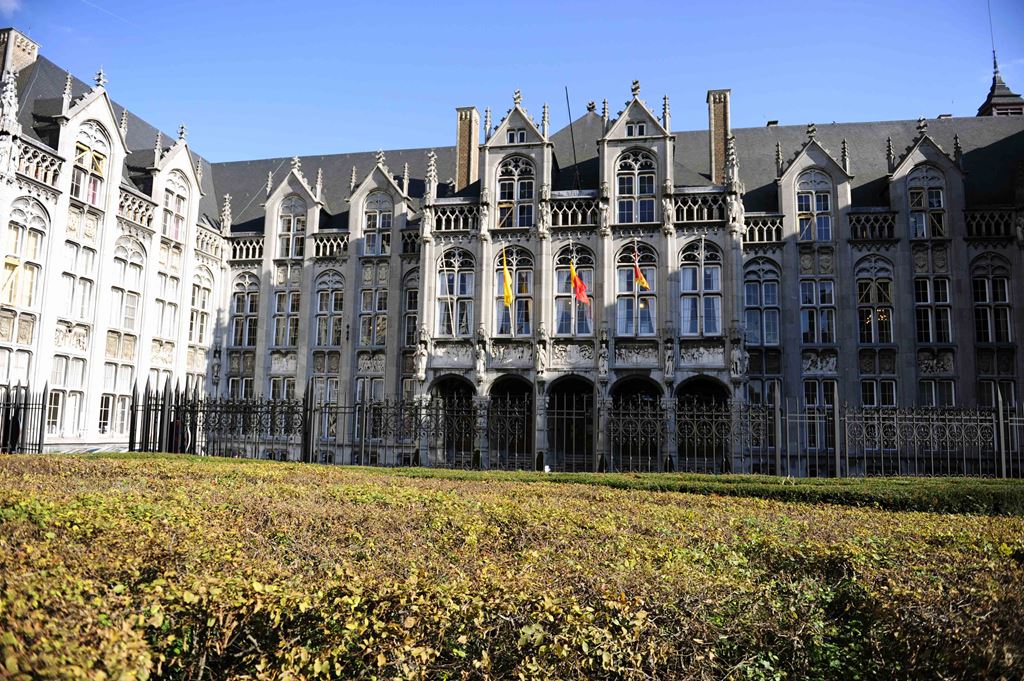 LIEGE - Behind the imposing Palais des Princes-Evêques (the Prince-Bishops’ Palace) at Place Saint-Lambert, the city of Liège reaches dizzying heights. The citadel on the hill is a maze of alleyways, stepped streets, terraces and gardens. An invigorating climb rewards me with endless panoramas over the Fiery City (La Cité Ardente) and in this green oasis all the clamour of the streets fades into nothing. Just a ten-minute walk and the city’s hubbub has given way to the quiet outdoors.

Standing in front of the majestic Palais des Princes-Evêques in the heart of Liège you feel the weight of 1,000 years of history. Generations of Prince-Bishops made their mark on the building, adding elements of gothic and renaissance architecture and then their revived ‘neo’ styles.

When French author Victor Hugo paid a vist to Liège, he was impressed: “Nowhere else have I seen a stranger, more sombre and more beautiful architectural concoction.”

Take a look at the first interior court with its gothic gallery of columns and you’ll be convinced instantly as the eye is assaulted by an army of fantasy figures spread out over sixty columns.

Prince-Bishop Nother started building the complex around the year 1000. The palace was to fall prey to distastrous fires a number of times but was restored after every calamity. These days, the imposing building houses the court and is the seat of the provincial government.

The city wakes up after a chilly autumn night. A thermometer fixed to a shop front in the rue Feronstrée reads, +2°C. Never mind, the steep climb to reach the citadel is sure to warm me up. My eye catches the handsome 17th century Maison Curtius. A very wealthy gun powder manufacturer built this palace in the so-called 'Meuse Renaissance style'.

Even now, in Liège the saying goes: “as rich as Curtius”. The building, backing onto the river Meuse, has been renovated in recent years and is now a museum. The hues of terracotta on the façade are reminiscent of the ox blood paint once used to colour the brickwork.

Hordes of ‘macarons’ enliven the facades. These small figures in bas-relief evoke themes from Curtius’ days: ‘In Praise of Folly’ by Erasmus, scientific discoveries, Saint-Michael fighting the dragon...

Turning my back on the river I see a tower soaring above the roof. From here, Curtius used to keep an eye on river traffic on the Meuse, as he had the right to halt ships and levy tolls. Just recently, the name Curtius has also been attached to the city beer, brewed by the Microbrasserie de la Principauté de Liège. Yet another new Belgian beer to be added to the already elaborate list.

Yes sir, brewed in the heart of Liège! Taking the narrow Mont de Piété, with its former pawnshops, I end up back in Feronstrée. The Eglise Saint-Barthélemy is bathed in the morning glow and inside you will find one of the seven wonders of Belgium: the baptismal font, beautifully decorated in brass (1107-1118).

My walk continues towards the Esplanade Saint-Léonard. Le Bois des Carmélites used to be an abbey garden but has now returned to nature and you’ can easily forget you are walking into a ‘mine field’ over a criss-cross network of abandoned mine shafts. A bit further on I find the entrance to the former Charbonnage du Bâneux, the oldest coal mine in the city. 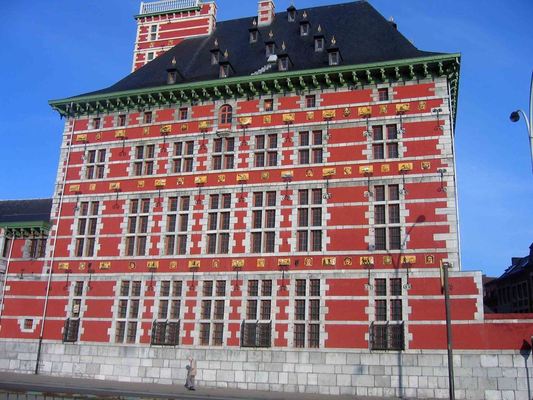 My feet sink into the wet grass as, unperturbed, a flock of sheep grazes on the top of the hill. A pair of shepherds keep a watchful eye, looking like granite, hewn into the background. On the horizon looms the silhouette of a slag heap. I turn towards the citadel.

The sturdy walls bear silent witness to the sometimes bloody history of this bastion. The grounds, 86 hectares of them, are now used for peaceful purposes, where soldiers used to guard the walls, ambulances now pull in and out.

Watch out though, I must look where I’m going, as somewhere in these grounds there is a well 100 metres deep, the Puits de païen porté... Between the trees impressions of the city flash by and down in the distance, the Meuse has been reduced to a silver ribbon. The dome of St Martin’s basilica and the Simenon Tower show their familiar profiles as I find myself at the top of the Pierreuse. This steep road used to connect the city with the old road to Tongeren, one of the 12 Flemish cities that formed part of the Prince-Bishopric of Liège. I walk along the historic defensive walls on my way to le Bastion du Clergé.

From this field cannons were once aimed directly at the heart of the city. You can hear a pin drop. Below me there is an expanse of fields and gardens, the Ferme de la Vache.

British female jesuits sought sanctuary here in the 17th century after being chased from their home country by Queen Elizabeth I.

These days this bit of urban countryside is a safe haven for the disadvantaged. I return to the the streets, following the Sentier des Coteaux as it winds its way down through a maze of little roads, steps, alleyways and intimate courtyards, hidden behind walls covered in ivy. 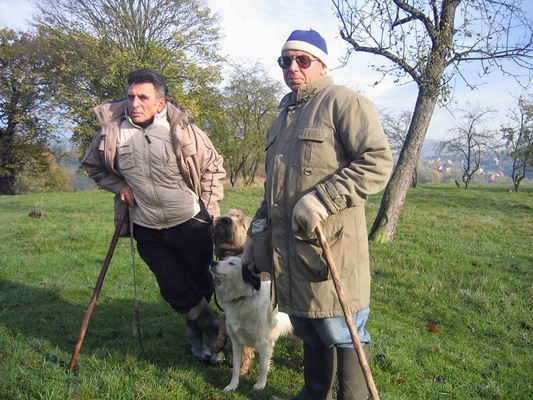 ‘Holier than the Pope’ was not a hollow phrase in the Quartier Pierreuse. No fewer than 12 religious orders were found in this part of town. Here, in the 13th century, the German Alden Biesen founded the 'Saint-André commanderij' (an estate that is managed by the ‘commandeur’ of a knightly order). In those days the monks harvested grain, grapes and figs from the hillside.

A brand new staircase takes me to the porter’s lodge of the former abbey of the Minderbroeders as I walk in the footsteps of a bon viveur from Liège. He searches out the garden terraces and enoys a leisurely stroll amidst the herbs and fruit trees, soaking up the autumn sunshine. I watch the green merging into the sea of rooftops in the town.

Back down, a new challenge is in store for me - shall I attempt to climb the Montagne de Bueren? A heavenly reward will not await me, as the 374 steps in the road lead to... the citadel. This was the shortest way to the town for the soldiers of the garrison on their way to ‘put out fires’ as they say in Liège. Do they mean the fire in their throats?