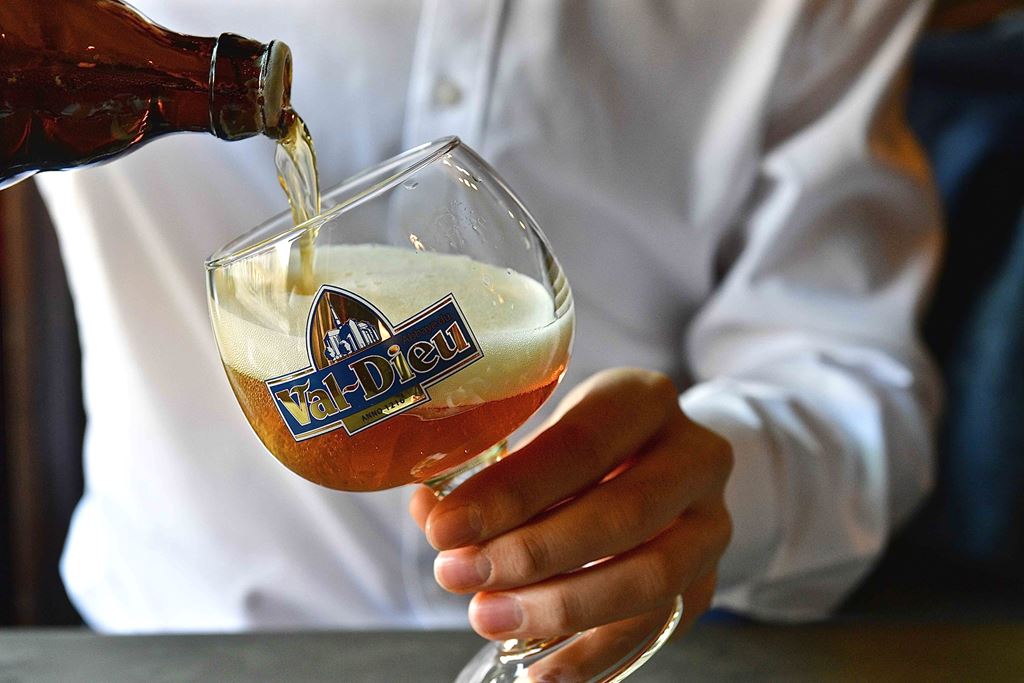 VAL-DIEU - Those monks certainly picked some beautiful spots for their abbeys. The rumble of the busy motorway lies far behind me as I swap the flat northern Belgian landscape for the gently rolling hills of the south. Everywhere I look cows and sheep are wandering around a sea of orchards bordered with hedgerows and criss-crossed by hollow roads.

Until, suddenly, that well-known silhouette comes into view with its unmistakable bronze-green spire. Tucked away within all this greenery lies Val-Dieu Abbey, for eight centuries a magnet for pilgrims, and today also a destination for day-trippers, and those who enjoy the good life and good beer.

You simply cannot draw your eye away from this monument of the 17th – 18th-century Maasland renaissance, liberally sprinkled with Romanesque and Gothic architectural influences.

The last monk closed the door on his way out in 2001, and the abbey and its grounds are now managed by a small lay community of about 20 members. But continually since 1997 the courtyard has been fragrant with malt.

The Brasserie de Val-Dieu brewery is housed in the former abbey farm, and the brewing tanks are filled with Val-Dieu Blonde, Brune, Triple, Noël, Grand Cru, and special occasion beers, like the Cuvée 800 that commemorates the 800th anniversary of the Abbey in 2016. 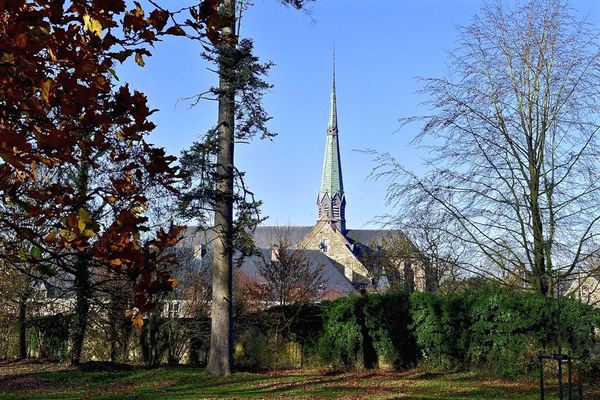 It’s obvious that brewer, Virginie Harzé, and her team leave nothing to chance. I watch them at work tasting beer, directed by Laurent Melotte, a bio-engineer.

This little panel is assessing three different Val-Dieu Triple brews. Fruity, zesty, malty… aromas and tastes are dissected down to the smallest detail. Are there ‘off flavours’, which point to mistakes made during the brewing process, or has something gone wrong during bottling, causing the beer to oxidise? These brewers work like detectives.

‘It’s always interesting to keep track of how the beer evolves in the bottle,’ Virginie says. ‘The proof of the beer is in the drinking.’

The abbey’s tavern, Le Casse-Croûte, knows just how to serve these beers: the quaffable blonde, the brown abbey beer with touches of mocha, and the dryly bitter, well-balanced triple. If there is no room at the inn then you can taste the beers, accompanied by a meal if you like, in Moulin du Val Dieu, an ancient water mill just across the road from the abbey.

Here you are in the heart of the Land of Herve, known for its pungent, strong Herve cheese. This region is also famous for its fruit syrups (apple and pear), ciders, and beers, as you are reminded at every turn. 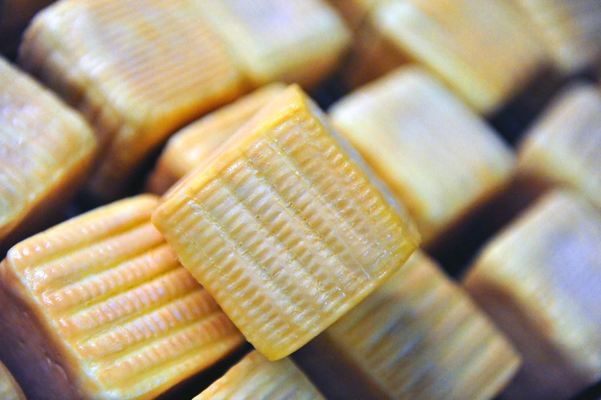 Forewarned is forearmed, and you should know that a Herve cheese must be treated with respect! It will reduce an insipid beer to nothing, but a blonde, brown or tripel from Val-Dieu will fit it to a tee. If, even then, you find this cheese is rather on the strong side, we recommend you try a milder Aubel cheese, or perhaps a slice of bread covered in local syrup – to tone down the cheese - and just a smidgen of the Herve.

The syrups get everywhere here: it is also an essential ingredient of Liège Meatballs (Boulets à la Liégeoise), a favourite regional speciality. Connoisseurs can spot the mild and sour syrups from the apple varieties used.

We put this to the test ourselves at lunch in Au Vieil Aubel in the village of Aubel. Marin Bosquin, the co-owner of Brasserie de Val-Dieu, orders a Val-Dieu Brune and I plump for the Blonde.

Before long, the Aubel cheese croquettes – with syrup, of course – and a toasted cheese and bacon sandwich appear on the table. Later on, to go with our grilled ham, we are presented with a stronger beer, Val-Dieu Triple.

We finish our trip with a cheese tasting at Quai des Champs in Herve, coming to the conclusion that a Val-Dieu Grand Cru does have the power to tame even a Herve cheese. 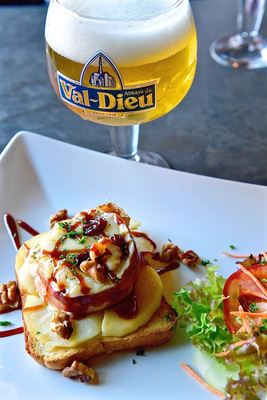