Welcoming the new kid on the block: Filou 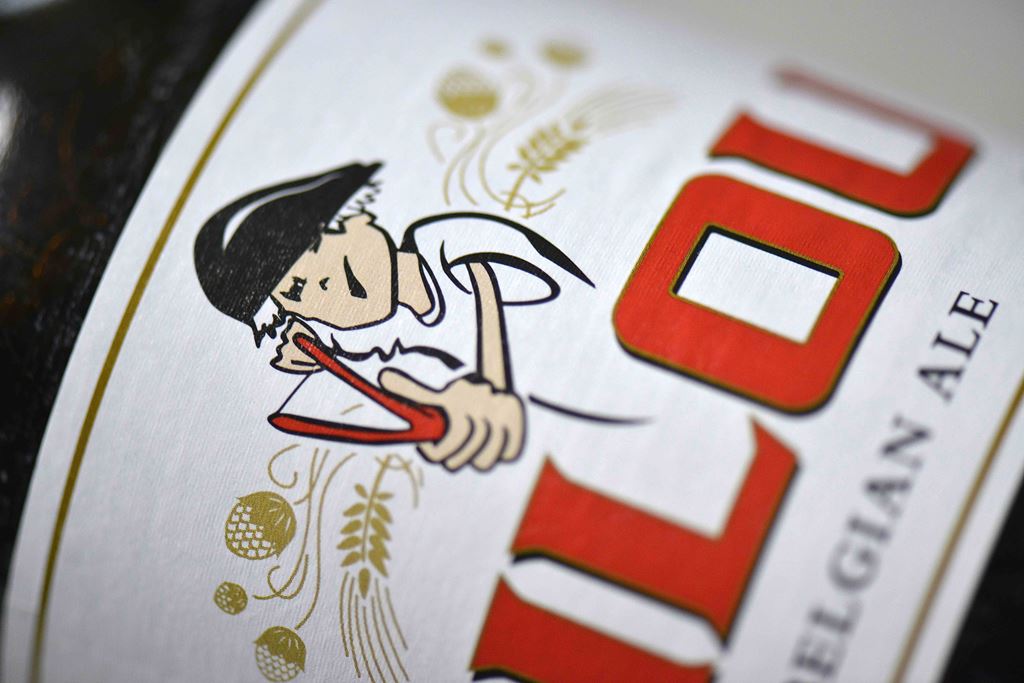 INGELMUNSTER - The image on the label stays with you. A little rascal, wearing his cap nonchalantly the wrong way around, is preparing to attack. One eye shut to improve his already impeccable aim, he flexes his muscles, aims his catapult and... hits the spot.

Straight away I am reminded of Cupid directing his arrows at enamoured couples. But the look of this urchin is rather less angelic. There’s something devilish in the way he fixes his gaze on us from Filou’s bottles and glasses.

This mischievous imp is the latest addition to the extensive range from Castle Brewery Van Honsebrouck. Filou is a strong blond beer of the strong Belgian blond type, a style that has been popular in Belgium for many years.

When we think of specialty beers a strong blonde often springs to mind. And the beer style flows from the historic tradition of abbey beers.

This usually indicates higher quantities of ingredients and increased alcohol volume in comparison with the – dark – dubbel.

The next step up – a quadrupel – increases the volumes another notch, also showing up dark in the glass. Filou has an alcohol by volume of 8.5 per cent. And this character deserves his name, which means something like “rascal” or “trickster” in French. Yes, Filou is strong but it goes down very easily. 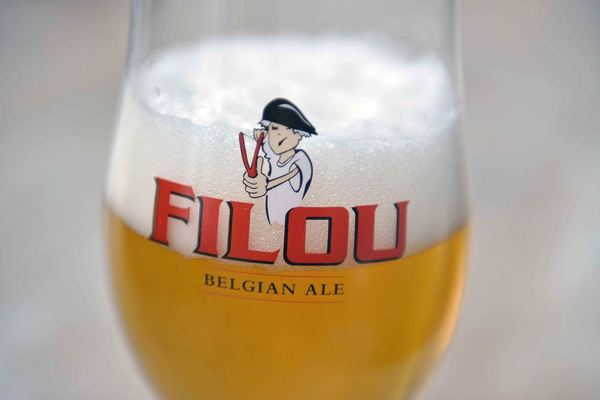 “Demand is high for thirst-quenching, strong blond beers, both in Belgium and abroad,” says Xavier Van Honsebrouck, the brewery owner. “Filou is a beer without ragged edges. It is beautifully balanced, the alcohol and bitterness never dominate and the taste is mild, full in the mouth and rounded.”

This newcomer was not made to fit quietly into the established range of Kasteel beers.

We are not talking about a second Kasteel Tripel, despite the fact that Filou is made with the same yeast as its illustrious predecessor.

Neither is Filou related to the rebellious Brigand, the proud archer who stares you down with bow at the ready. The taste of the Brigand is far drier.

Filou is a pure beer, brewed using pils and Münich malts, Kent Golding, Safir and Saaz hops, without any additions.

The Kent Golding aroma hops ensure a mild fruitiness, the Safir provides the floral touches and the Saaz gives the subtle hop bitterness. 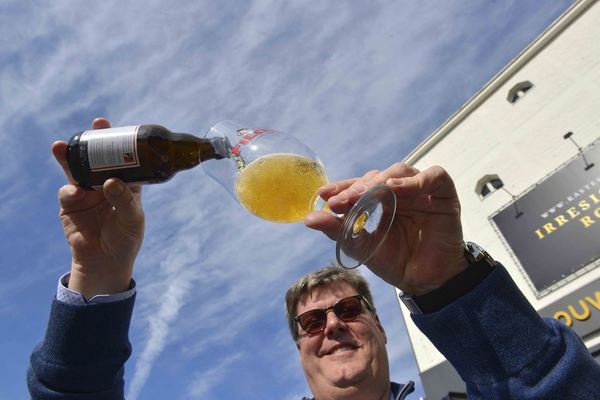 Every new beer takes a long time to develop and this one is no exception. The quest undertaken by Xavier and Head Brewer Hans Mehuys to perfect the recipe took 8 months.

Xavier says proudly: “Our plans have come to fruition. When we presented the beer last autumn at Horeca Expo in Ghent, we had to go back and forth to replenish our stocks.

Taste a Filou and you want a refill straight away. As a brewer, what more could you want?”

Hans and Xavier describe their creation as a ‘modern heavy blonde’. It is so quaffable that Filou befriends everyone.

The name also goes down well. Short and punchy, easy to pronounce and evoking various associations.

The word filou, French in origin, can sound a bit disreputable.

That’s going a little too far for this born seducer though. He is always likeable, but watch out... before you know it, you have asked for a refill.

Are you the rascal because you have fallen into his trap? Just who is the biggest rascal here? Who has hit the target...? Of course, it is the brewer. Cheers! 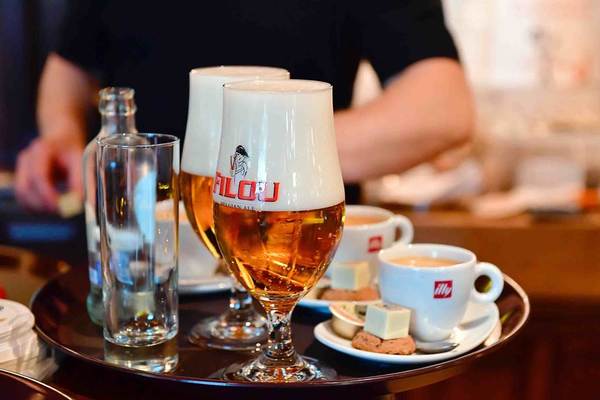