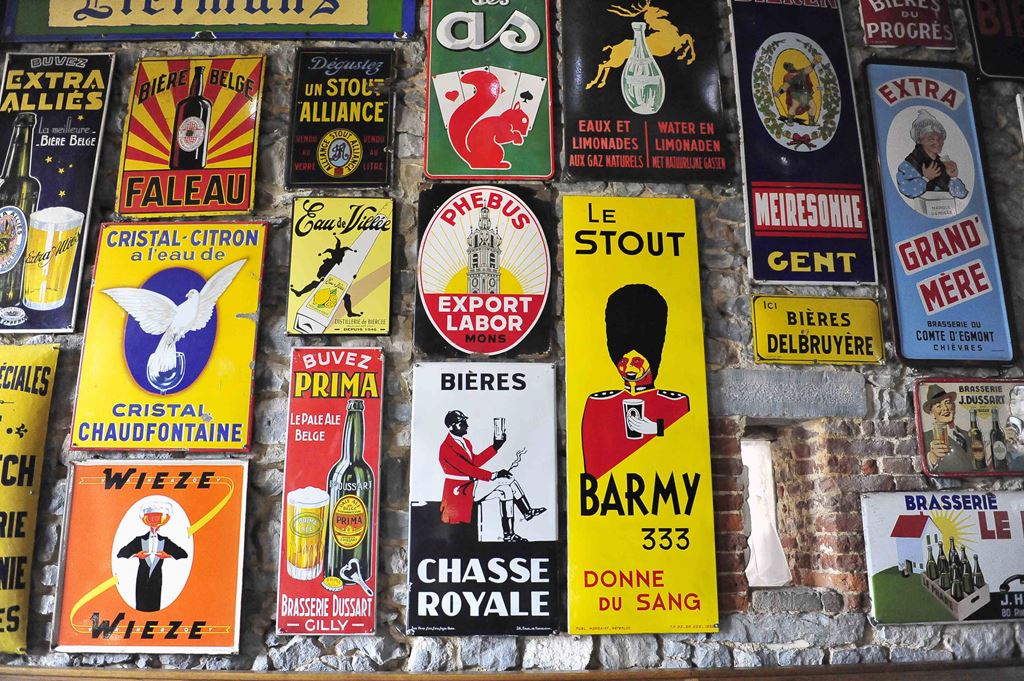 ANTWERP/BREDA - With a little bit of luck you may come across them at a collectors’ fair, in an antiques shop or at a brocante, as Belgians call their flea markets. You’ll need a well-filled wallet to take one home, especially if your eye has fallen on an original piece.

We are, of course, talking about those handsome vintage enamel signs that were used by breweries to advertise their wares for dozens of years.

In the pre-plastic age enamel was synonymous with ‘weather- and wind-proof, does not scratch and does not rust’.

It was also used to produce street signs. It’s very tough but very simple - just a layer of molten glass applied over metal boards for protection, insulation or decoration.

The enamel signs of days gone by take us back to a time when advertising materials could, and indeed had to, last for years.

In time the enamel board made way for more transient media like posters, newspaper and magazine advertising or, in the case of the larger breweries, advertising slots on radio and television. Now, brewers can advertise online and use social media. In this fast-changing world enamel signs feed a passion for nostalgia.

If the exterior wall of your home has an old beer sign on display, don’t be surprised to see it vanish sooner rather than later. 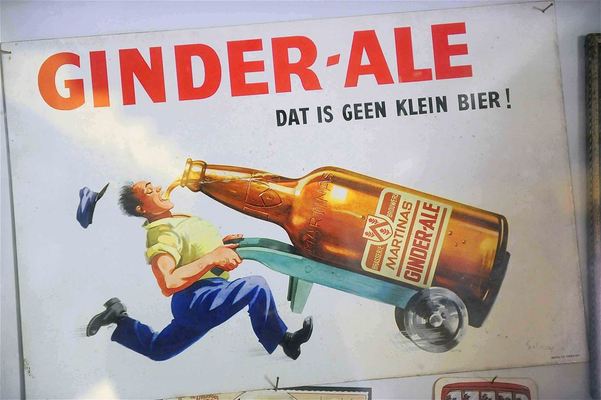 Belgium used to produce a considerable quantity of enamel, much of which was snapped up by the brewers. The owners of these signs viewed them in a very pragmatic way.

If they wore out or went out of fashion, they were simply taken off the wall to end up in the attic or the cellar, or in the worst case on the rubbish heap.

Early collectors used this cavalier attitude to their advantage. They traipsed from brewery to brewery in their search for good-looking signs and were able to buy them for a song.

One of the best-known collectors is Jan De Plus of the Bierreclamemuseum (Beer Advertising Museum) in the Dutch city of Breda, not far from the Belgian border.

Over the years Jan has managed to establish an impressive collection of enamel signs, specializing particularly in those produced by Belgian breweries.

The museum is open on Sundays and other public holidays.

Jan is an authority in the field of vintage beer advertising and regularly publishes articles and books on the topic of enamel signs. 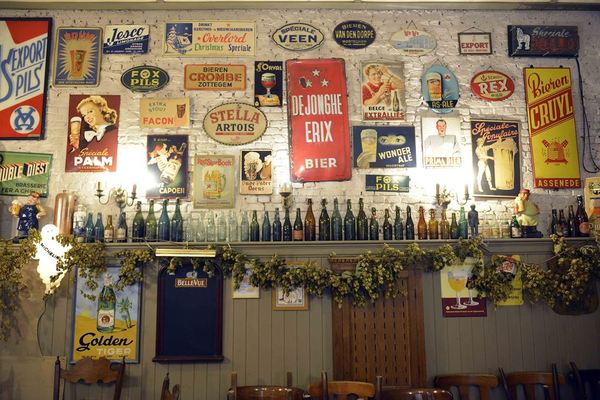 It makes a splendid sight: a wall covered in a mosaic of breweries, some still around, others long gone. You can see fine examples at the Grange des Belges brasserie in the Distillerie de Biercée jenever distillery near Charleroi.

Go have a look in the cafés of the La Binchoise, Den Triest and Duvel Moortgat breweries; in the museums attached to the Timmermans lambic brewery, the De Halve Maan city brewery and café brewery Brasserie des Fagnes; in well-known specialty beer cafés such as Delirium Café and Le Bier Circus in Brussels, ‘t Brugs Beertje in Bruges and ‘t Waagstuk in Antwerp.

Around 100 years ago, Belgium was home to more than 3,000 breweries. In most cities and villages you would find more than one and they were all fighting for attention.

Thus, their enamel signs were a familiar sight. If the brewery had some space on a side wall or chimney, a brand name would soon appear on it.

If the sign was painted, it wouldn’t be long before viewers would have to guess what it said.

This doubt was removed with the use of enamel signs. However, the true meaning of these signs goes far beyond displaying a beer name on a wall or signposting the way to the brewery.

Take a closer look at a wall covered in enamel advertising signs and you will be impressed by the work of an army of typographers, painters and designers. 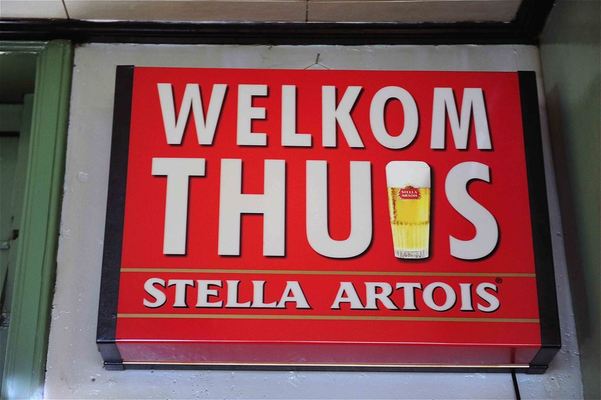 Advertising is very fashion conscious, and you can re-live the spirit of the era in these signs. Some are dominated by the curls of the Art Nouveau (called Jugendstil in northern Europe) movement; others are relics of Modernism with their 1950s slogans and decoration.

Same as with the huge variety in beer styles there are different brewery house styles too, varying widely.

There is a simple ‘welcome home’ with a glass of Stella-Artois in the centre. Just the beer’s name and logo was enough for Sparta Pils.

You may come across detailed tableaux showing beer drinkers around a table on a Faro sign.

A waiter threatens to disappear under the weight of a pint in a Forst Wielemans ad.

There is a range of moods too: from the plain speaking to the exuberant and very funny signs for Ginder-Ale and Vandenkerckhove, or the mysterious mood evoked by Wonder Ale publicity.

There could be no better place to sit and relax with a glass of beer in hand than under a collection of these tell-tale samples of Belgian beer culture. Slake your thirst and feast your eyes! 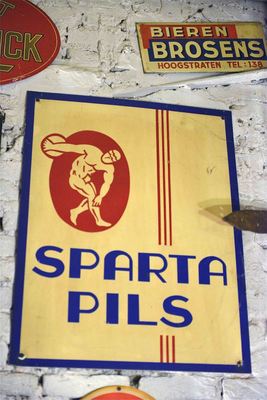