Whether in Wallonia, Flanders or Brussels you will always be able to enjoy a wide array of regional specialties, typical dishes or world class gastronomy. There is some superb produce and enough quality restaurants bistros and cafés serving the best every season has to offer.

The art of hospitality is in fact as much an essential part of Belgian DNA as their love and passion for food is great. Belgium simply is a food lover’s delight.

Traditional Belgian cuisine is best described as savorous, rustic, comfort food. For a small country the style varies enormously depending the region.

In the agricultural and forest-rich Ardennes one will find a lot of meat and game while the coast of course is all about fresh fish and seafood, the Flemish province of Limburg is nothing less than the country's fruit orchard and vegetables as endives and sprouts are as Belgian as can be. 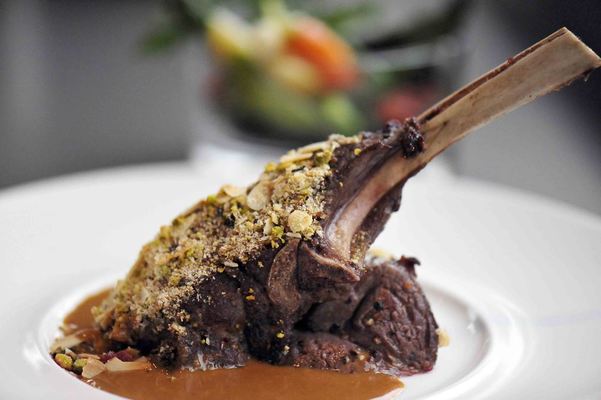 he classic gastronomy has its own style and identity but is mainly based on the French (we do use more beer though). In quality and level it is even considered equal to that of the Gallic neighbors. Statistically, Belgium boasts also more or less the same number of Michelin-star restaurants per inhabitant as France.

That means something when using Michelin and France in the same sentence. The Belgian-Luxemburg edition of the guide lists more than 100 star-awarded establishments in Belgium.

Next to the superb, classic French-Belgian gastronomy you also have a number of chefs deviating from the traditional and well trodden food paths.

They experiment with wild herbs and flowers, new or forgotten ingredients and different ways to cook or not cook them at all.

Taking the Belgian food experience to another level, respecting regional origin as well as safeguarding the pure taste of prime, seasonal produce. Due to historical immigration and the cosmopolitan character of the larger Belgian cities there’s also no shortage of international cuisine or fusion cooking.

Cooking and gastronomy has always been a part of the true and unified Belgian identity, but in recent years it has taken on enormous proportions and eventually fueled the food hype the country is currently experiencing.

There have been more events, magazines, cooking books and television programs on the subject than ever. Belgium has enough on offer to keep even the most critical and dedicated foodie busy. Indulge yourself and discover some of the best food on the European continent in Belgium.

What About French Fries? 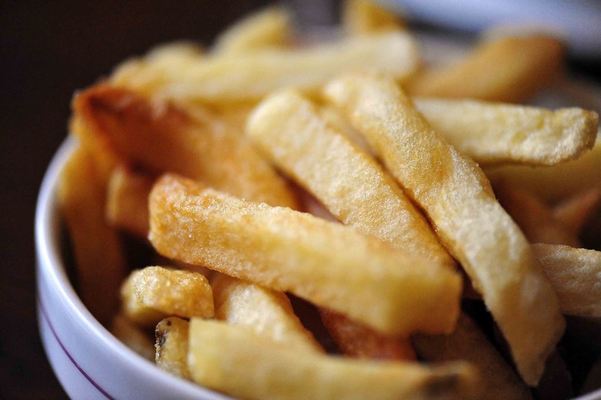 Fries are served as a side dish at bistros, brasseries and Michelin star restaurants or as a complete meal in one of the thousands of frite shops. Locally called 'frituur' or 'friture', depending your location. Sometimes they are nothing more than a shack or caravan on a market square others are worthy being called restaurants.

Authentic Belgian fries are made from “Bintje” potatoes, fried twice in ox fat on different temperatures.

The actual temperatures depend strongly on the source you consult and nowadays the ox fat has mostly been replaced by vegetable oil.

France claims they came up with the idea first but there are several stories (some contested) stating fries as an Belgian invention. One says they developed in the region of Namur, in Wallonia during the late 15 th century. As rivers and ponds we’re frozen people couldn’t fish during winter so they fried thin fish shapes cut out of a potato. Others that they are associated with France due to historical, or language-related reasons.

It could come from the verb “frenching” or because they are fried in the French way. The fact is, it isn’t clear and whether 'fries', 'frites' or 'frietjes', it doesn't really matter.

Although pizza and kebab have won a lot of terrain over the last two decades much more than the nations favorite snack, fast food or side dish, fries have become an essential part of Belgian heritage as well as a culinary sub-culture celebrated by thousands in Belgium each and every day. They are so important that an entire museum has been dedicated to them, you can find the Belgian "Frietmuseum" in the city of Bruges.

A Side-Order Of Bread And Sweets 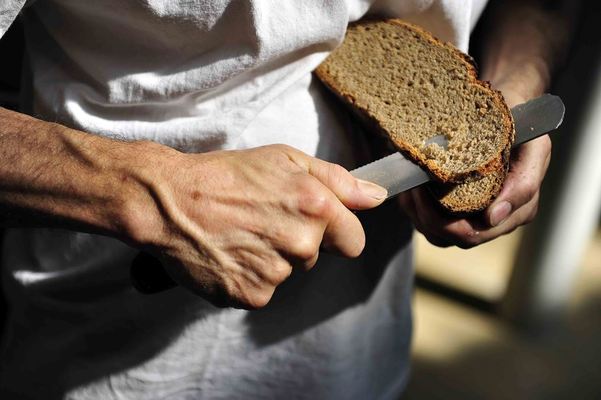 Bread and beer have much in common. They are an agricultural match made in heaven both sharing ingredients as well as an affluent tradition based on craftsmanship. Freshly baked it represents a key component of Belgian diet (next to beer of course).

In the more rural areas a thick slice of brown bread with paté, ham or cheese is a popular café snack.

More than a few restaurants also bake their own and in the urbanized areas you find a real bakery every two blocks.

On Sunday morning people even patiently queue outside for their preferred rolls and brioches. When not familiar with the concept one can simply be struck in awe by the variety and offer you are sometimes able to find. Beside the more nutritious motives of baking and cooking, Belgians evidently take a liking to the sweeter things in life. You name it, they have it: classic confectionery, pastries, ice-cream, cookies, desserts, waffles, pancakes, chocolate...

They do not only produce a massive amount of sweet specialties but also export them worldwide.

Bread and baking culture in Belgium makes up an important part of the traditional food culture and there are still family bakeries that have been around for more than a century!

Combined with the local cheeses and the dozens of varieties of cured meat and sausages bread is daily thing in this country.You can visit the Bakery Museum in Veurne for a closer and interactive look at Baking in Belgium. 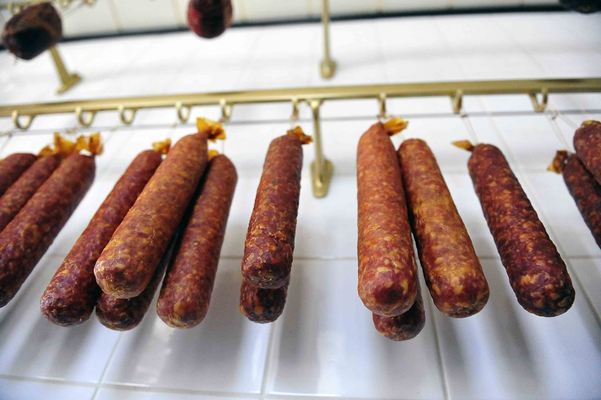 The country simply has heaps and we’re not even talking about beer, chocolate or sweets yet. From mustard, liquor, vegetables and paté to a billion different kinds of cured meat (Jambon d'Ardenne anyone?) and artisan cheeses.And the hillsides catch the sun all the time, that is, if the sun deigns to come out. All the regional bakers buy their summer fruits here.

In recent years some serious efforts and attention has been invested towards safeguarding this regional legacy.

Today many are officially recognized in designation of origin and geographic indication and get protection from the different local governments.

Still steadily growing in numbers some even get shielded on a European level. When travelling around Belgium it sometimes seems that every village, town or city have their own typical specialty or dish. Local influence again plays a very important role in the recipe of such dishes and ingrediënts can even differ depending on the region. 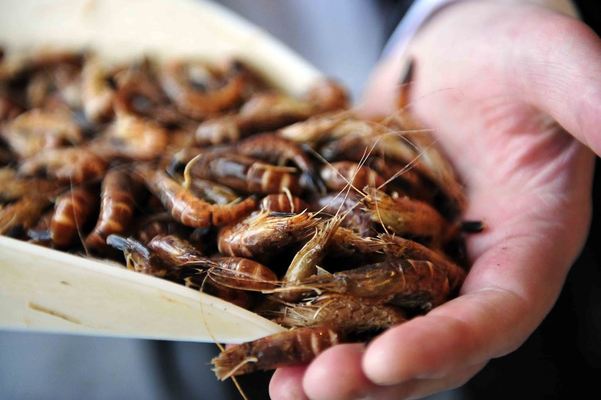 Belgium has what it takes to keep any carnivore happy. Surprising as it may sound this is a true BBQ and grill nation!! There is a healthy quantity of prime livestock being reared and it is sometimes even said there are more pigs in West Flanders than people. If meat is big in Belgium, then pork and beef are huge.

And if you keep cows, you tend to get a lot of milk. Luckily more than 300 actively made cheeses help sort that problem out.

When you take in account that France, still the world’s leading cheese nation and 18 times bigger, has between 400 and 500 it becomes clear how beloved cheese really is here.

And yes, some of them are made with beer. In contrast to the French dining culture, cheese isn’t as extravagantly eaten in Belgium. If you’re taste, curiosity and needs exceeds what they able catering to in a restaurant. Visit a specialized cheese shop, you will be surprised.

It is also possible to pick some up while touring and visiting the countryside and its many farm shops. The Belgian fishing fleet has severely been downsized due to European regulations but there still is an abundant and steady supply. What remains of the fleet is fishing more sustainable than ever before. From delicious sole, sea bass and turbot to grey shrimp and Ostendaise oysters to name just a few.

The North Sea has some of the finest marine produce on the face of this planet. Freshwater fish most typically prepared and eaten in Belgium are off course trout and eel.

Fruit is mainly grown and associated with the province of Limburg, Flanders. Most popular varieties are Conference pears, Jonagold apples, cherries and strawberries. You can get them fresh (if in season) at the local shop and market or taste them in various, delicious desserts, preserves and preparations. Vegetables are also largely concentrated in the Flemish region. Although very rich and diverse when it comes to the number of varieties grown, tomatoes, endives, Brussels sprouts and asparagus are the most famous of all Belgian veggie ambassadors.

To the average Belgian a day without potatoes borders going a day without a decent meal. They are a substantial part of most hot meals and not to be thought of as a vegetable in any way.

One would get the impression it is all about fries when it comes to potatoes in this country but it really isn’t. From boiled, baked to puree and 'gratin' in Belgium they just can't get enough of them. It even goes that far that if you don't employ a certified chef in your restaurant you're not allowed to serve potatoes! We would not be dedicating a whole page to this subject if it wasn’t worth it, but Belgium has on...
Read More All of us Belgians were born with a thoroughly sweet tooth. We enjoy 'babelutten', 'bonbons', 'go...
Read More
GET LATEST BEER NEWS